Katie tried for years to get help before her cancer diagnosis (Picture: Katie Hirst/Metro.co.uk)

‘I worried for years I was going to have cervical cancer,’ remembers Katie Hirst.

‘I’d had abnormal bleeding for two years and begged my GP for an early smear test, but they refused because of my age – despite NHS guidelines stating that I should have been referred to a gynecologist.’

Instead, Katie, who was living in London at the time, had to wait for the routine screening every woman is invited to six months before their 25th birthday, which tragically confirmed her suspicions – she had cervical cancer.

Now 28 and cancer-free for three years, the supplier relationship manager recalls how her symptoms were ignored over two years, despite trying to convince her doctor to send her for a screening.

On multiple occasions, she says, opportunities to diagnose her cancer were missed. 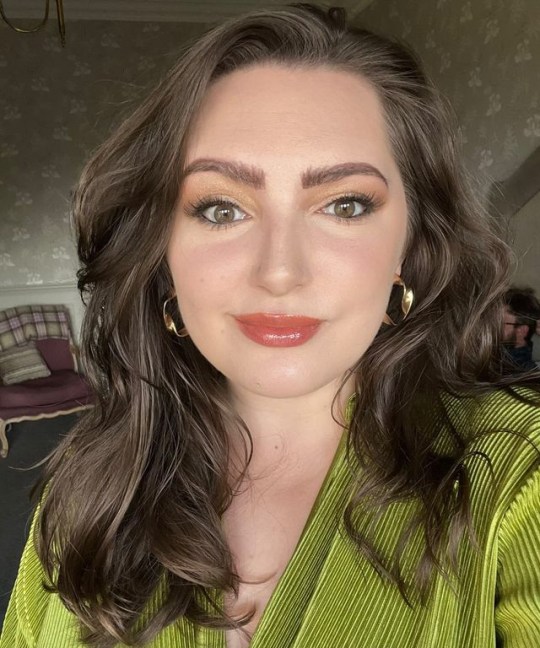 Katie has been cancer-free for three years (Picture: Katie Hirst)

‘The only investigation my GP would do for the bleeding was an STI test, which came back negative, yet still no other tests were done,’ she tells Metro.co.uk.

‘I’ve got messages on my group chats with friends saying “I know I’m going to go to my first smear test and have cervical cancer, because why do I have this bleeding in between periods, when my menstrual cycle has always been like clockwork?”

‘It was not normal for me and it’s so important we know our own bodies.’

On one occasion, the bleeding was so bad Katie had to leave work and go straight to the doctor’s that afternoon – but still no investigation from her GP took place.

Dissatisfied with her experience in London, she went to her hometown Yorkshire and tried to get seen there.

A medical professional at a GUM clinic (a clinic for sexual health) diagnosed her with cervical ectropion, a condition that involves cells growing on the outside of the cervix when they shouldn’t – however, they reassured Katie it was nothing to worry about. 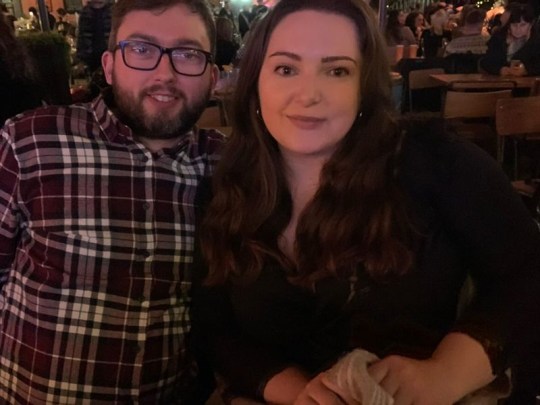 Then, in February 2019, Katie finally had her first NHS smear. It was painful to undergo, which is another potential sign of cervical cancer.

Despite the pain, the nurse used a longer speculum to ensure enough cells were caught.

Soon after, Katie received a letter telling her she was HPV negative with severe abnormal cells (CGIN), and needed a colposcopy, which involves the use of an internal camera to get a closer look at the cervix.

‘I felt confused… happy it was HPV negative but I was also stressing about taking time off work for more appointments,’ she tells us.

Katie had been asking for an early smear for two years (Picture: Katie Hirst) 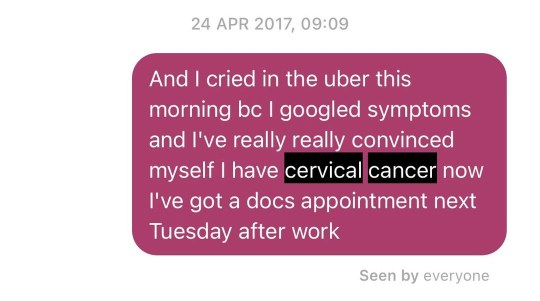 She had a feeling she would be diagnosed with cervical cancer (Picture: Katie Hirst)

‘I spent hours crying down the phone to friends and family. I cried myself to sleep every night after trawling through the Jo’s Trust forums and found it very hard to process that I could possibly lose the chance to have children.

‘I was single at the time which added another layer of isolation as women in the support groups had husbands and had already had children.’

A friend came with Katie for that examination, and the medical practitioner drew her a diagram to explain what was happening to her cervix cells as there were no leaflets on CGIN at the practice.

Left feeling ‘uninformed’, Katie educated herself by researching after the appointment. 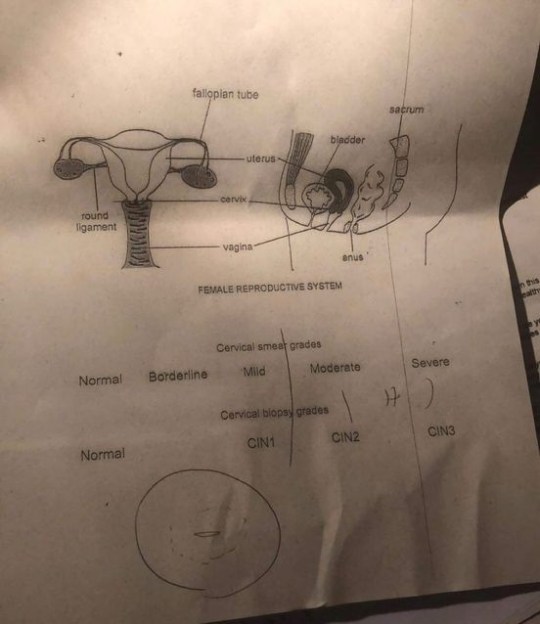 The biro drawing at the bottom of this sheet to explain what was happening to Katie’s cells, which left her none the wiser (Picture: Katie Hirst)

At that appointment, two biopsies were taken and strangely, the cells were found to be clear.

Katie went on to have a LLETZ procedure to remove the CGIN cells, and remembers staff ‘laughing down the phone’ at her, telling her not to keep ringing for the results when she was worried.

At this point, the tumour that the smear test result alluded to was located.

‘The biopsies both missed my tumour, but the smear test – because the nurse used the longer speculum – got it,’ explains Katie. ‘It was picked up on the cytology slides in the smear test, where they check for abnormal cells.’

Katie got her official cancer diagnosis alone, outside of a medical facility, after getting a notification to check her online portal that showed health updates – and there waiting for her was the name and stage of her cancer: FIGO Stage 1b1 Adenocarcinoma.

‘I completely broke down,’ she remembers, adding that a colleague had to ‘prop’ her up as she sobbed ‘I don’t want to die’.

‘No one should find out that way, so I rang the colposcopy clinic after my colleague told me to and they said no one could speak to me,’ Katie shares.

‘They said: “Sorry its out of our league now, you have an appointment with the consultant tomorrow”.

‘I’ll never forget it, I remember exactly where I was crossing the road on my way home as soon.

‘As she said it, I felt a mix of frustration and shock that she could say something so brutal.

‘I gave up and wanted to get home as quickly as possible to research things myself as no one else was able to tell me anything.

‘After that and many other similar incidents, I can no longer trust any medical professional and research everything myself to make sure nothing is being missed.’ 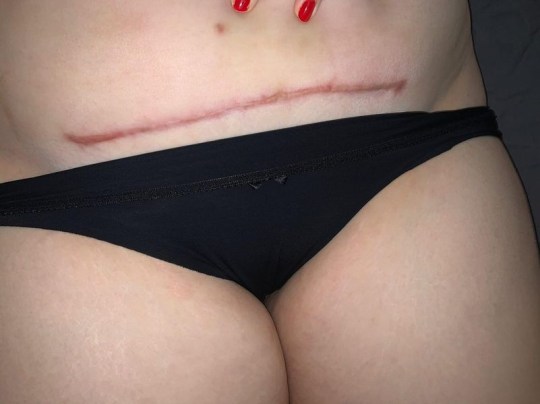 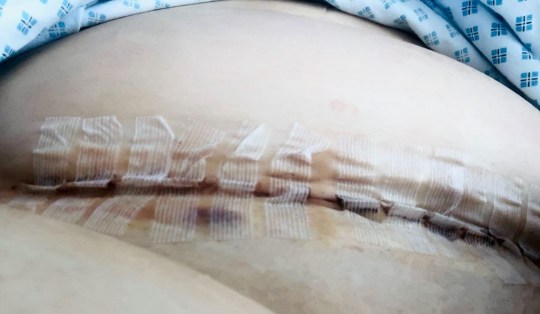 After her initial GP found out Katie had cancer, she apologised for not referring her, calling the diagnosis ‘devastating’ for someone of her age.

However, Katie soon learned that her cancer could have been spotted much sooner had NHS guidelines been followed by the medical staff she repeatedly saw over a two-year period.

‘I should have been referred to a gynaecologist – but that didn’t happen,’ she says. ‘I remember even saying to my GP, “I’m going to be one of those people that has a GoFundMe page to go to Disney Land because you’re not listening to me”.’

Meanwhile, Katie herself was ‘doing everything [she] should be’, by reporting the issues to her doctor.

She credits Macmillan Cancer Support for then stepping in and speeding up following processes, which included finding out if the cancer had spread through CT and MRI scans.

What could have been a two-week wait was whittled down to a few days, as the Macmillan nurse ‘hounded’ staff to get onto Katie’s case.

Thankfully the cancer hadn’t spread, so Katie had a trachelectomy to remove the tumour and lymph nodes.

Being 200 miles away from all of her family, she feels ‘so lucky’ to have friends who were taking shifts to come to all of her appointments and ensure she was never alone.

In February 2020, Katie decided to request her medical papers to see if she had a legal case against the GP practice, ‘but it was too late,’ she says, ‘nothing could be done because it needed to be done within a year.’

Katie was stunned by what she read in her notes.

‘I saw one from the GUM clinic in Yorkshire that said if my next STI test was negative again (which is was), I should be referred to colposcopy,’ she tells us.

‘I had no idea that was on my notes… and they must have assumed my GP would follow NHS guidelines and refer me.

‘I didn’t have time to be angry about it at the time, I had to focus on the cancer, but a year later I was ballistic and wrote to the GP saying I hope this makes you take patients more seriously – and I wrote to the nurse to thank her for saving my life.’ 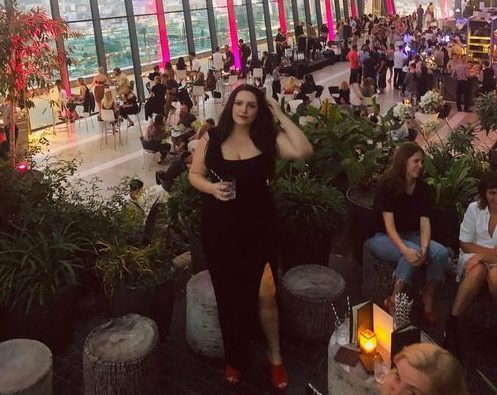 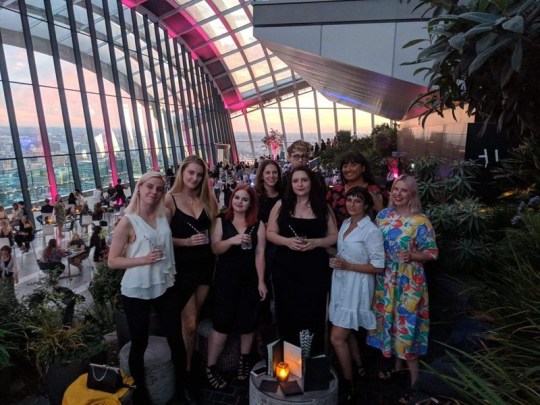 Understandably frustrated by the entire experience and multiple points of failure, in 2020 Katie set up a petition to ensure cytology testing remains a routine part of cervical cancer screenings, as it had been the only silver lining in a series of calamitous decisions.

Until December 2019, all smear tests included cytology testing, but then the rules changed and now it only happens if a person is HPV positive. Had Katie been tested today under the new rules, her cancer may have been missed as she tests HPV negative.

She also believes the use of a longer speculum – which isn’t standard practice – helped her get a diagnosis.

‘What that nurse did that day, using the longer speculum, saved my life,’ Katie says.

‘Now I tell friends to ask for the longer speculum to be safe at their own screenings, but often they’re told the nurses only have the medium one.

‘I sound like the tinfoil hat brigade when I talk about it, because it’s not well-researched.

‘But if the colposcopy procedure didn’t catch it, yet the speculum at the smear test did, how else can it be explained?’

Now, she raises awareness of the NHS guidelines around referral whenever she hear of someone’s GP refusing to investigate a person’s health despite them exhibiting symptoms. Often these conversations happen on social media support groups.

Ultimately, Katie believes: ‘I would be dead if I’d have had my test even a few weeks later – all before reaching my 30th birthday, just after meeting the love of my life and preparing to start a family.’

Though now physical recovered, those mental scars will linger – and the way forward for women in her same circumstances isn’t clear.

Katie, however, is determined to raise awareness and carry the torch for others who are dismissed by their GPs.