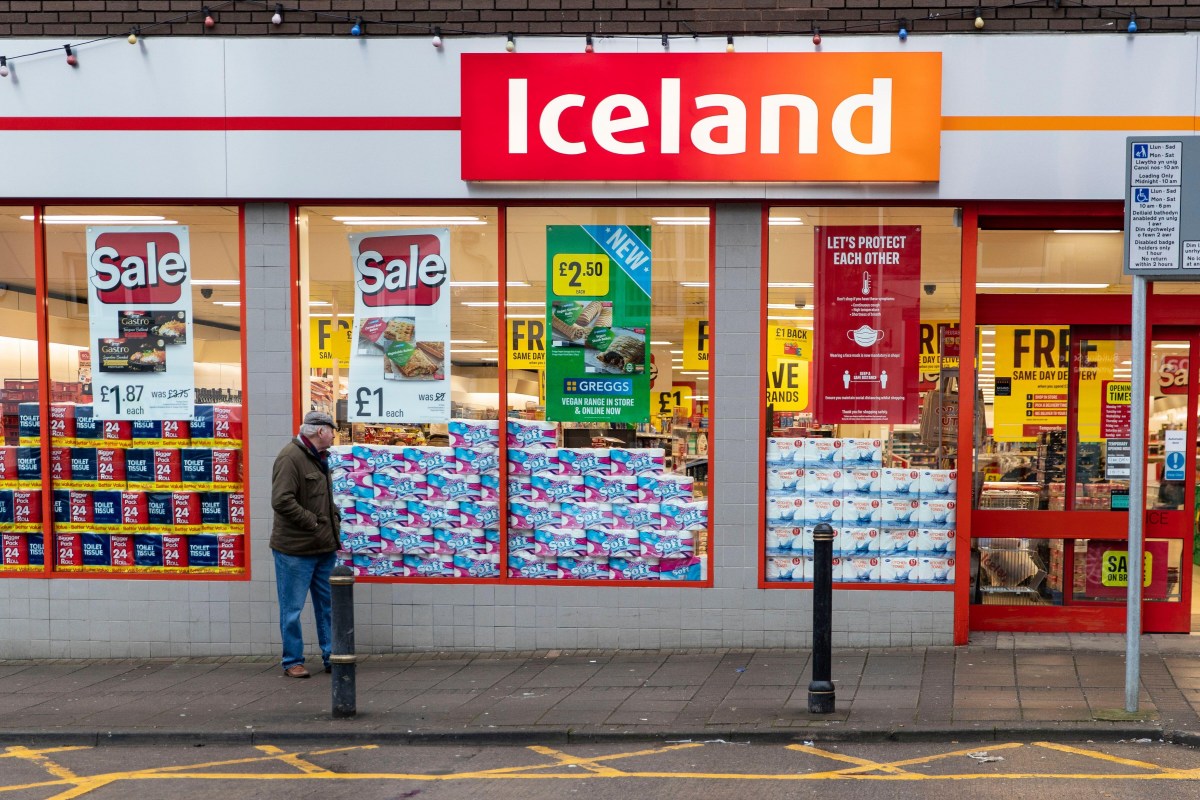 ICELAND has been forced to close shops because of shortages of staff who are being told to self-isolate by the NHS Covid app.

Richard Walker, boss of the supermarket, said that more than one thousand of its workers have been “pinged” and forced to stay off work.

Iceland has forced to close stores because staff are self-isolatingCredit: Alamy

The shortage amounts to around 4% of its workforce of 30,000 and is the “highest since testing began” Walker said.

The supermarket is hiring another 2,000 workers to increase the pool of staff it has during what’s been dubbed the “pingdemic”.

Record numbers of people are being alerted that they should self-isolate because of coronavirus by the NHS app.

Mr Walker told the BBC: “A number of stores have had to close and the concern is as this thing increases exponentially… it could get a lot worse a lot quicker.”

PUB chain Greene King has been forced to close 33 pubs after staff were pinged by the NHS Covid app.

A shortage of staff has closed the pubs over the past week, and follows Wetherspoons and other pubs and restaurants being affected.

Boss of Greene King Nick Mackenzie said that some boozers have also been forced to shorten opening hours.

Workers have to self-isolate if they have been in close contact with someone who later tests positive for Covid.

Those in retail and hospitality are among the worse hit as they are often close to customers even with safety measures in place like masks.

Covid rules mean everyone has to check-in with the NHS Covid app or hand over personal details when visiting a boozer or restaurant.

Anyone “pinged” by the app must stay at home for 10 days and can’t go to work, unless they are able to work from home.

Staff absences are increasing 50% week-on-week, Mr Walker said, and are up 400% since mid-June.

He also called it one of the “great ironies” that Iceland has previously managed to “keep the show on the road” and stay open throughout the pandemic over the last 18 months.

“We’ve never had to close a single shop and now we are having to reduce opening hours and close shops,” he said.

We’ve asked Iceland how many stores have been affected and which locations and will update when we hear back.

It follows a warning by the boss of Marks and Spencers that it could also be forced to reduce store hours and that shelves could be empty.

Steve Rowe, chief executive of M&S, said the staff shortages might mean that stores will have to reduce opening hours.

He told The Times over the weekend: “Our Covid cases are roughly doubling every week and the pinging level is about three to one of Covid cases, so we’re seeing that growing exponentially,”

“If there’s shortages we’ll have to manage it by changing hours of stores, reducing hours.”

He also warned that staff shortages elsewhere threatened the supply chain and could leave shelves empty.

He added: “Where the industry will see the pain is in the supply chain because logistics runs tight anyway to be efficient.”

The meat industry last week warned that staff shortages could threaten BBQ supplies as the country experiences a heatwave and recorded its hottest day on record this year.

Meanwhile Morrisons said that it is experiencing a rise in cases and notifications from the Covid app, but is managing to keep stores open.

A spokesperson said: “We provide guidance and support for colleagues who may need to self-isolate including sick pay and have Covid secure controls in place in all our stores to ensure we can continue to operate and keep them open.

“Throughout the whole of the pandemic, we have not been required to close a store.”

We’ve asked other supermarkets, including Tesco, Sainsbury’s, Asda, Aldi and Lidl if they have had to close stores or reduce opening hours and will update wen we hear back.

Despite today (July 19) being “Freedom Day” when the last restrictions of lockdown lift, huge numbers are being forced into quarantine.