INCREDIBLE pictures show the inside of a pub frozen in time and trapped underneath a busy shopping centre.

The Green Man, in Loughborough, Leicestershire, was closed in 1993 – and still has empty pint glasses and bags of peanuts on its bar. 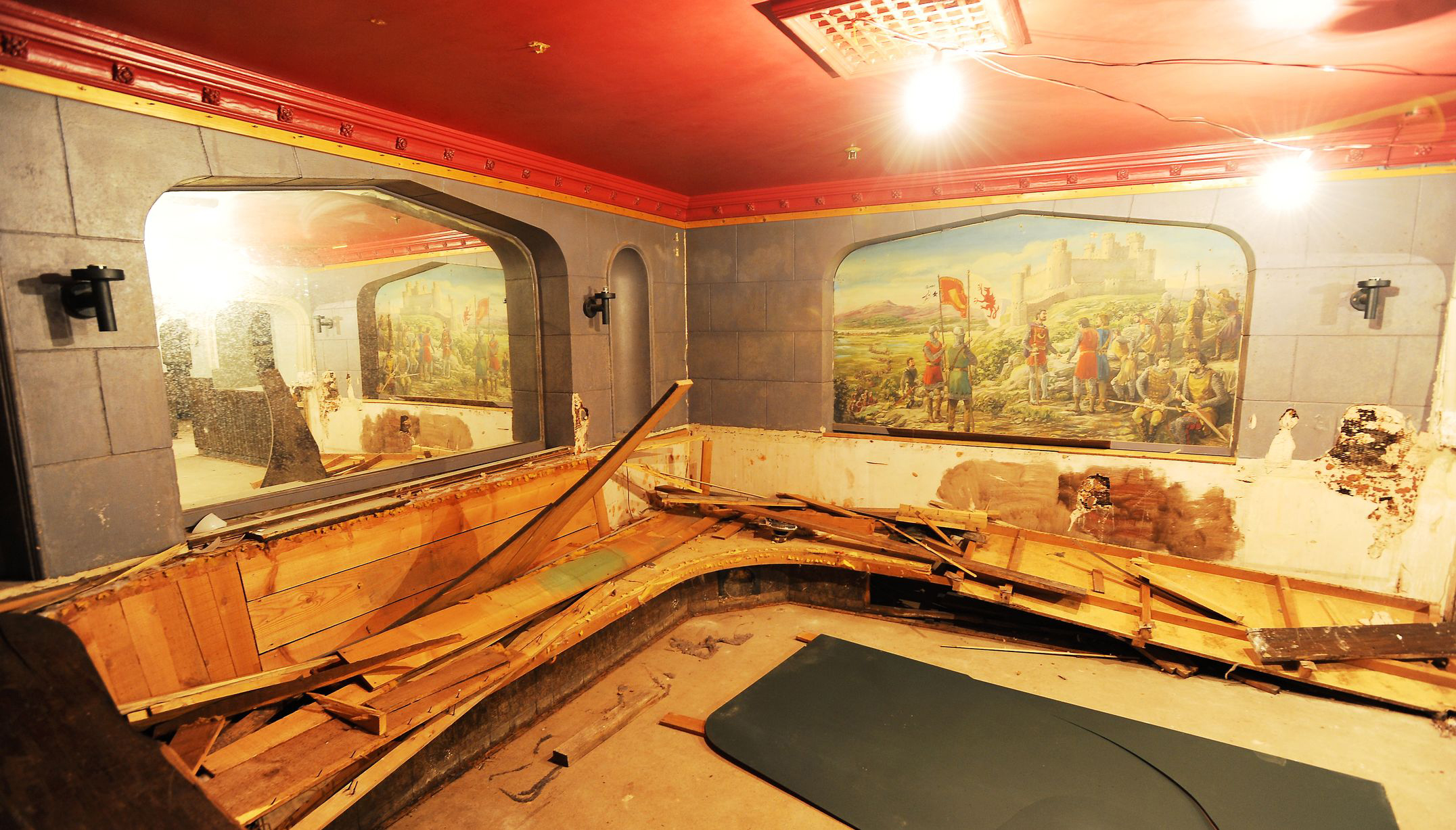 The Green Man, in Loughborough, Leicestershire, was closed in 1993 and has been frozen in timeCredit: BPM Media 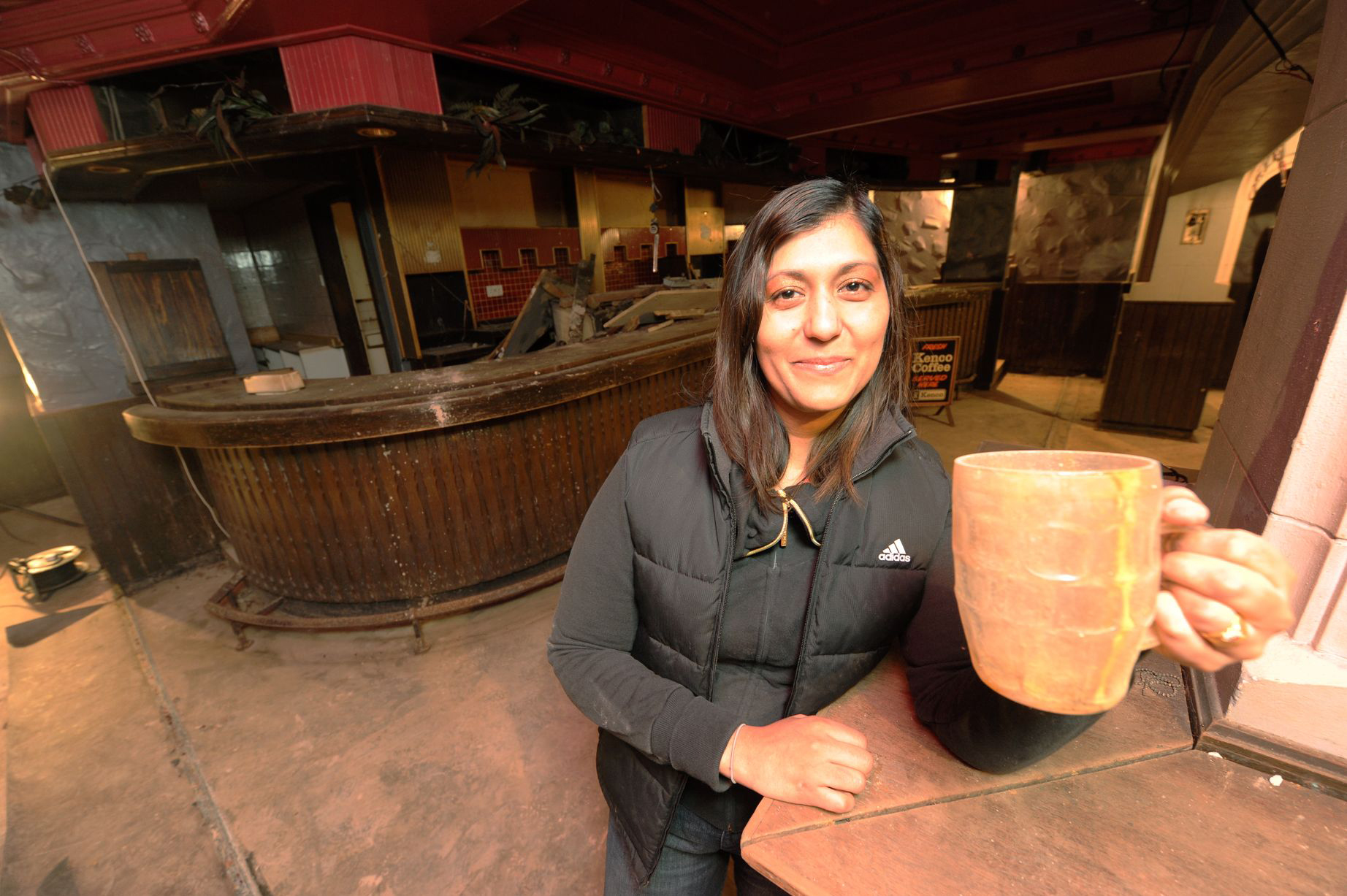 Potential developers have been put off the price of the abandoned pubCredit: BPM Media 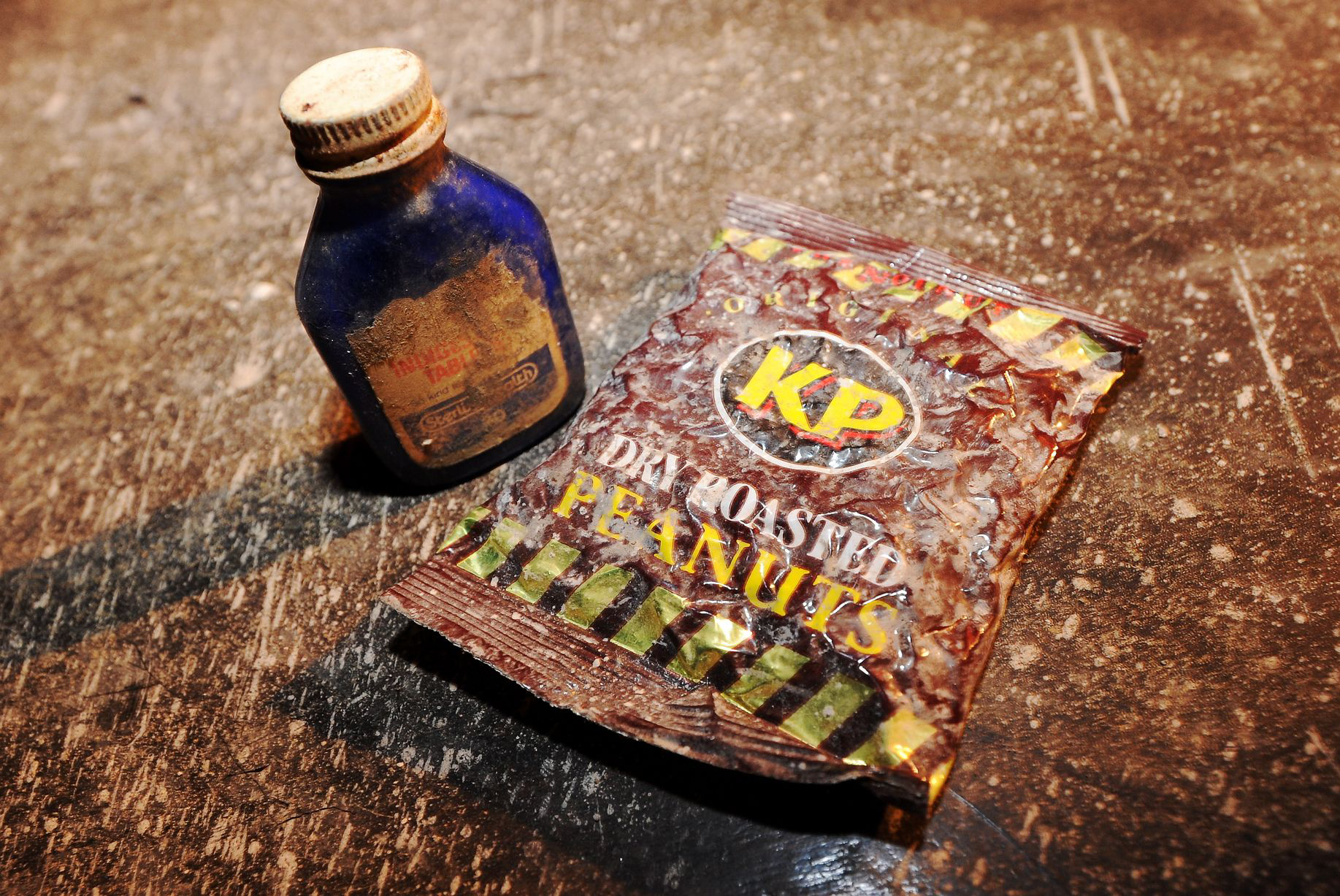 Packets of peanuts can still be seen at the venueCredit: BPM Media

The doors were sealed off as renovation work was carried out at the Carillon Court centre – and bosses said it would cost too much to create a new entrance.

Inside the pub, the bar is still intact alongside three huge murals depicting scenes of castles and knights painted by artist David Perry.

The benches are still propped up – despite no customers visiting since the 90s.

There are also empty pint glasses scattered over the place and bags of peanuts on the bar, dating back to 1993.

Although the pub has been visited by potential developers, all decided against taking on the job.

Speaking in 2011, Baljit Kooner, Carillon Court’s manager, said: “Developers looked at it a couple of years ago, but they were put off by the cost.

“Lots of pubs seem to be being bought by Tesco to make them into Express stores. But I don’t think even Tesco would want to put a shop down there. 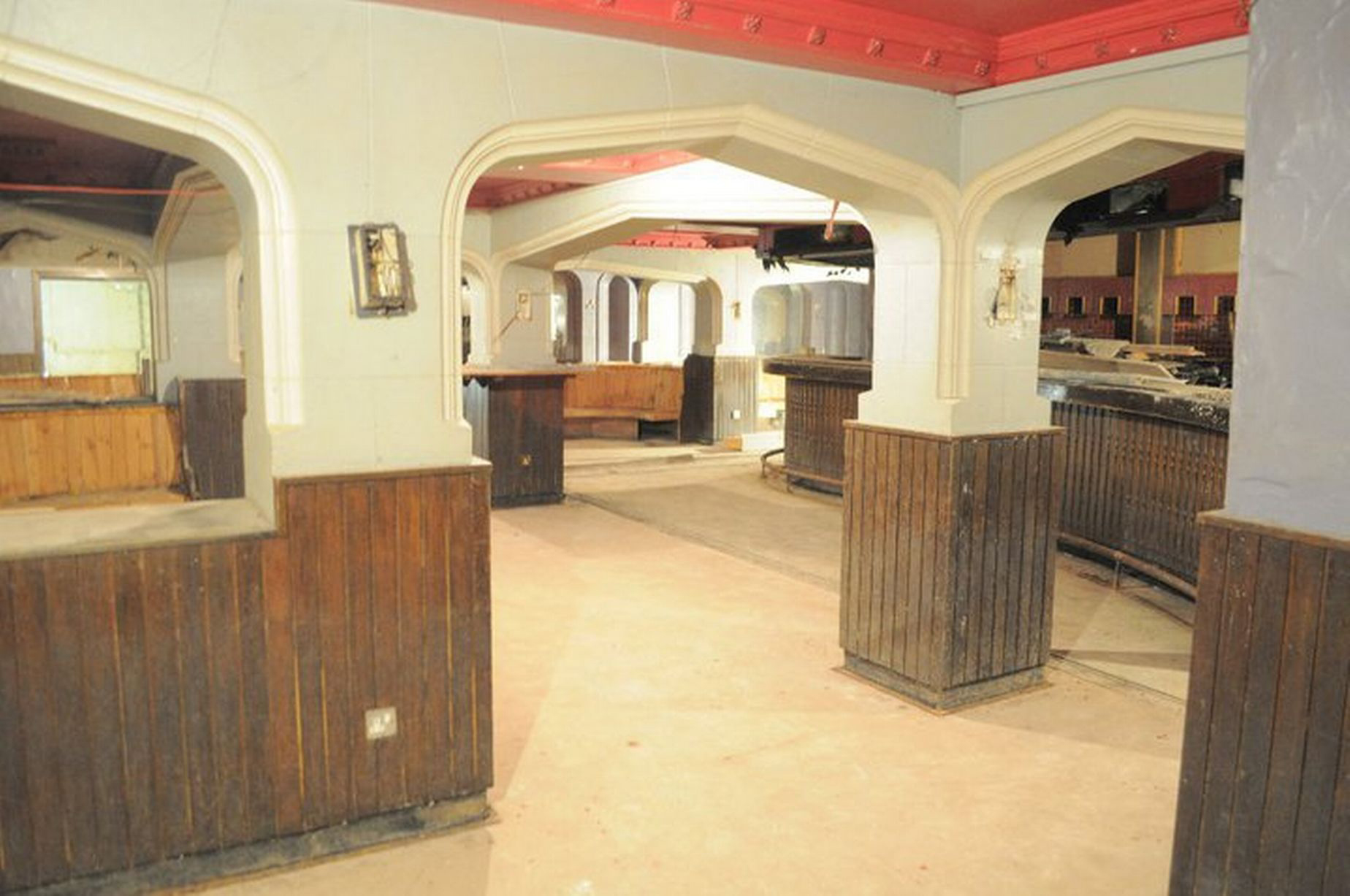 The inside of the pub, which once used to bustle with punters, has stood still for over 25 yearsCredit: BPM Media 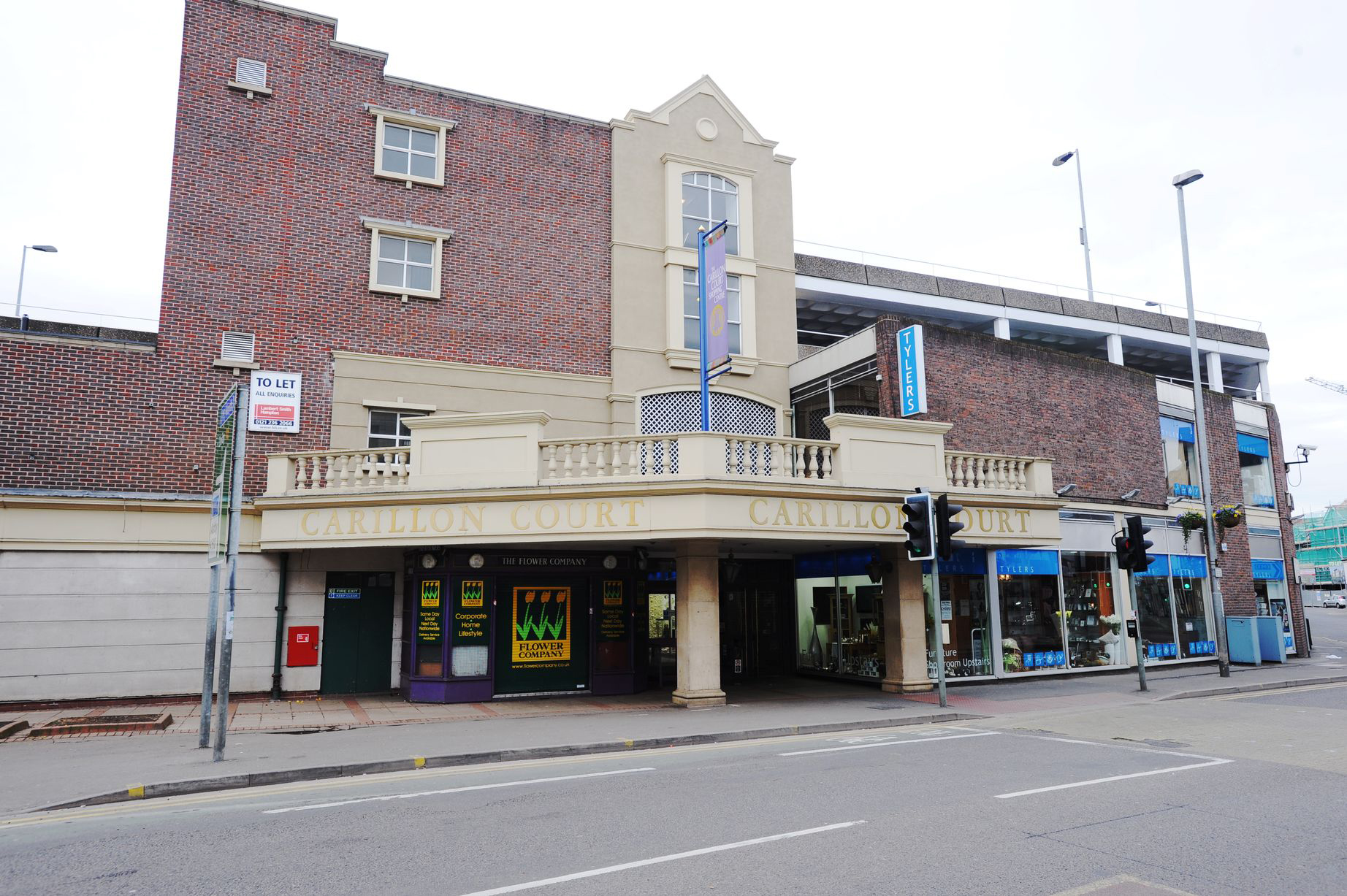 The doors were sealed off as renovation work was carried out at the Carillon Court centreCredit: BPM Media 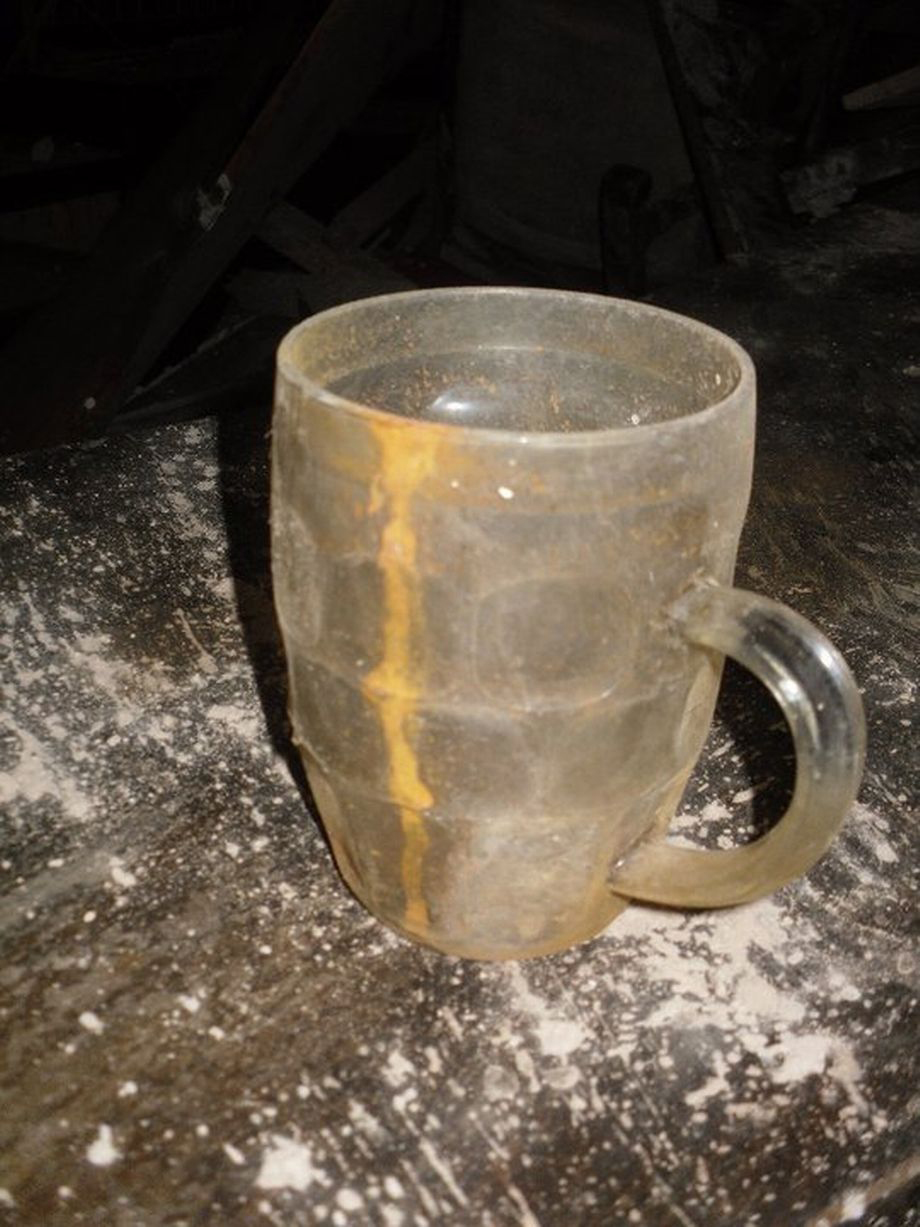 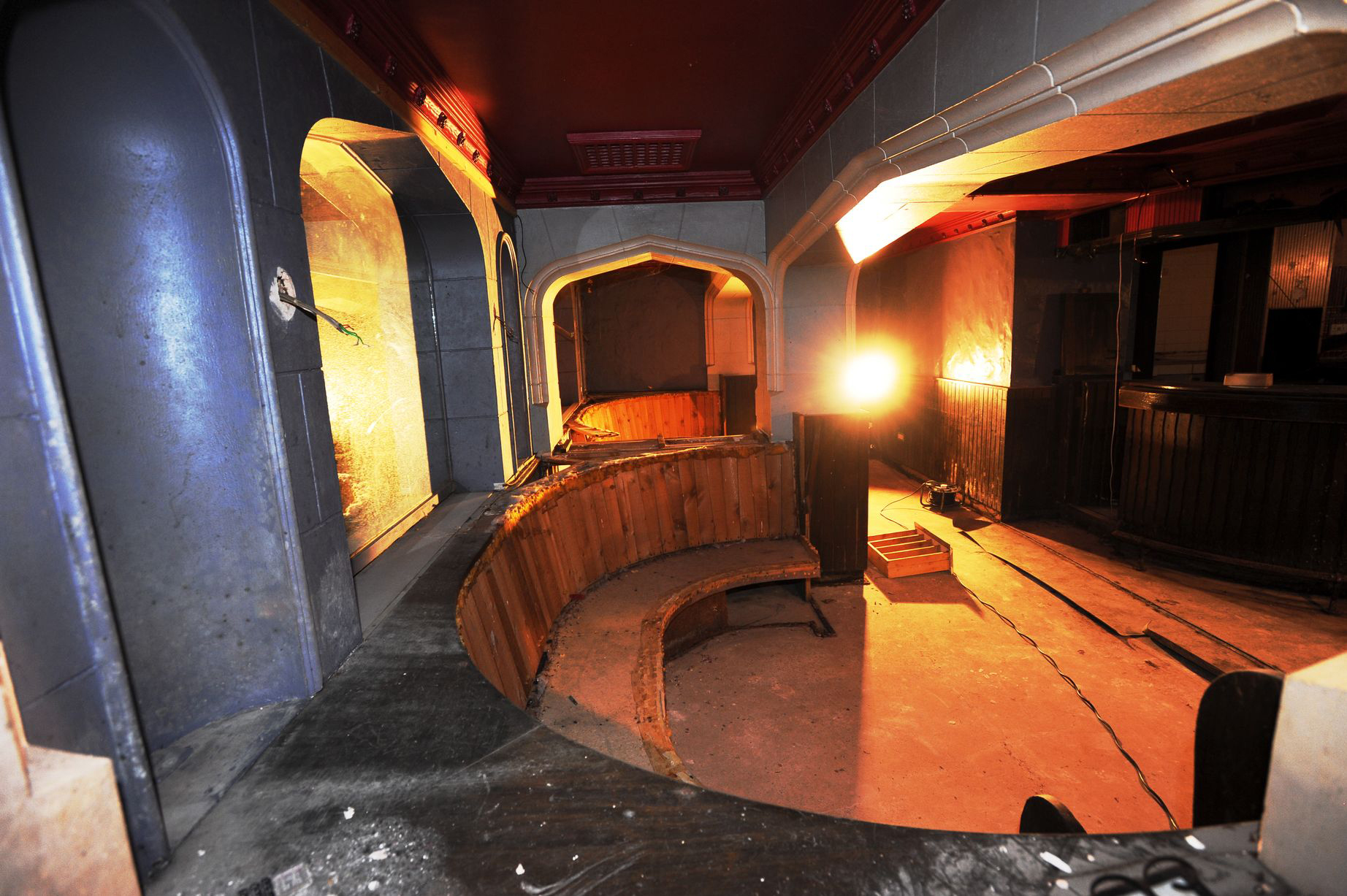 It’s unclear whether the pub will ever open againCredit: BPM Media 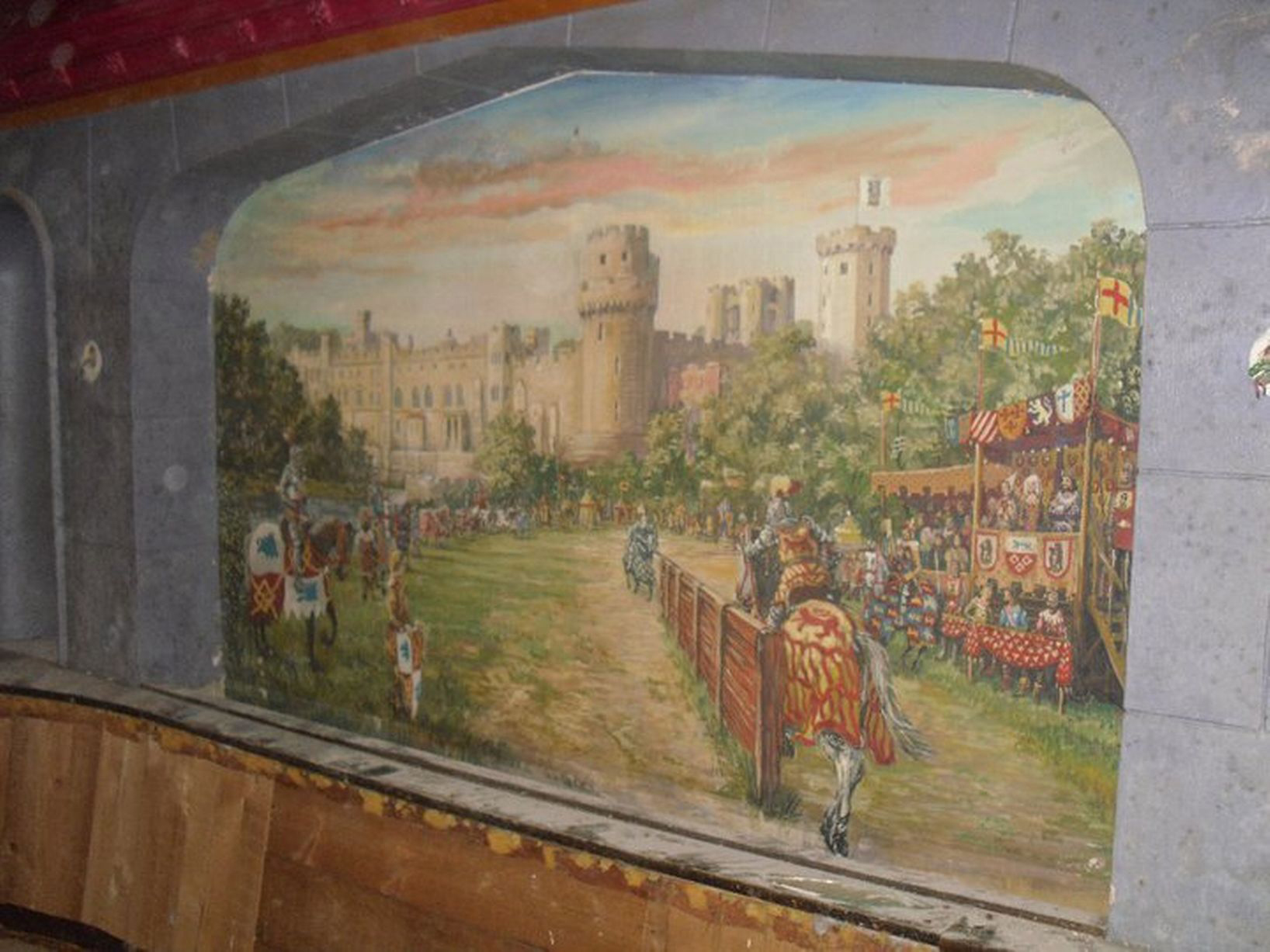 Murals painted by David Perry can still be seen in the pubCredit: BPM Media

“The whole place looks like a castle inside, the pictures are very impressive.

“It is also pretty clean as well – there are not as many cobwebs as you’d think.”

And a new novel featuring the abandoned pub is also due to be released – written by four friends who went to university in Loughborough.

The Green Man’s Dark Secret is set to focus on the disappearance of several market traders.

Authors Karen Ette, Stephen Ashurst, Melinda Ingram and Donna Shepherd spoke to around 25 other ex-regulars to get an idea for what The Green Man was like.

Ms Shephard told Leicestershire Live : “It’s been hard work but it’s been lovely to do.

“The initial idea was to write more short stories but instead of having a seasonal theme we decided on a common location.

“Min (Melinda) suggested writing stories relating to the market square and we all agreed that it would be great to take a character each from our previous stories and plonk them together. We wondered how they would all react.

“Karen told us about the underground pub that she had visited many years ago. Min and I were fascinated – seeing as we are not local to Loughborough, although I attended university there from 2009 to 2015.

“We gathered together pictures and agreed that the old pub was the perfect setting.” 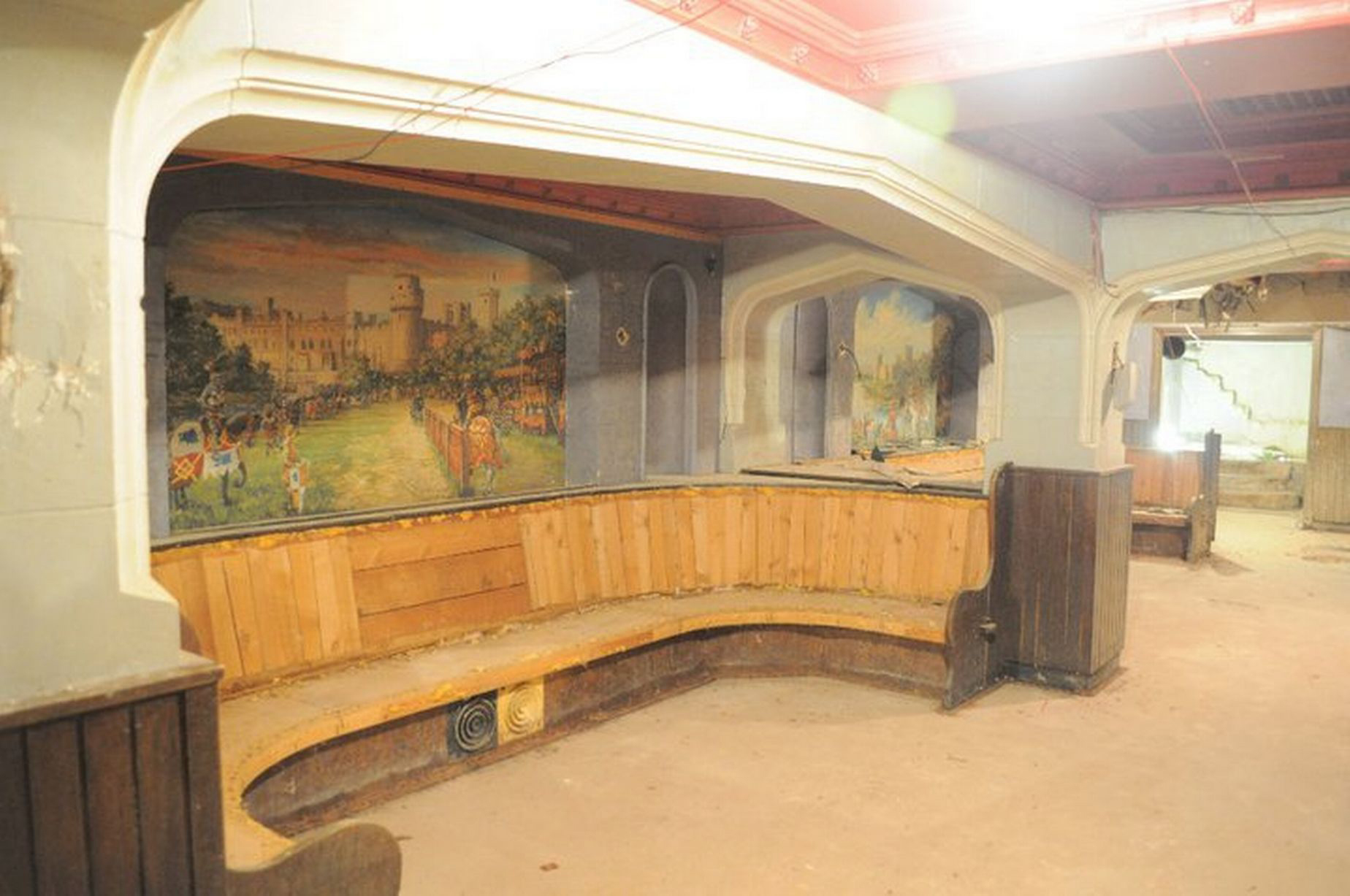 The benches in the castle-themed pub are still intactCredit: BPM Media 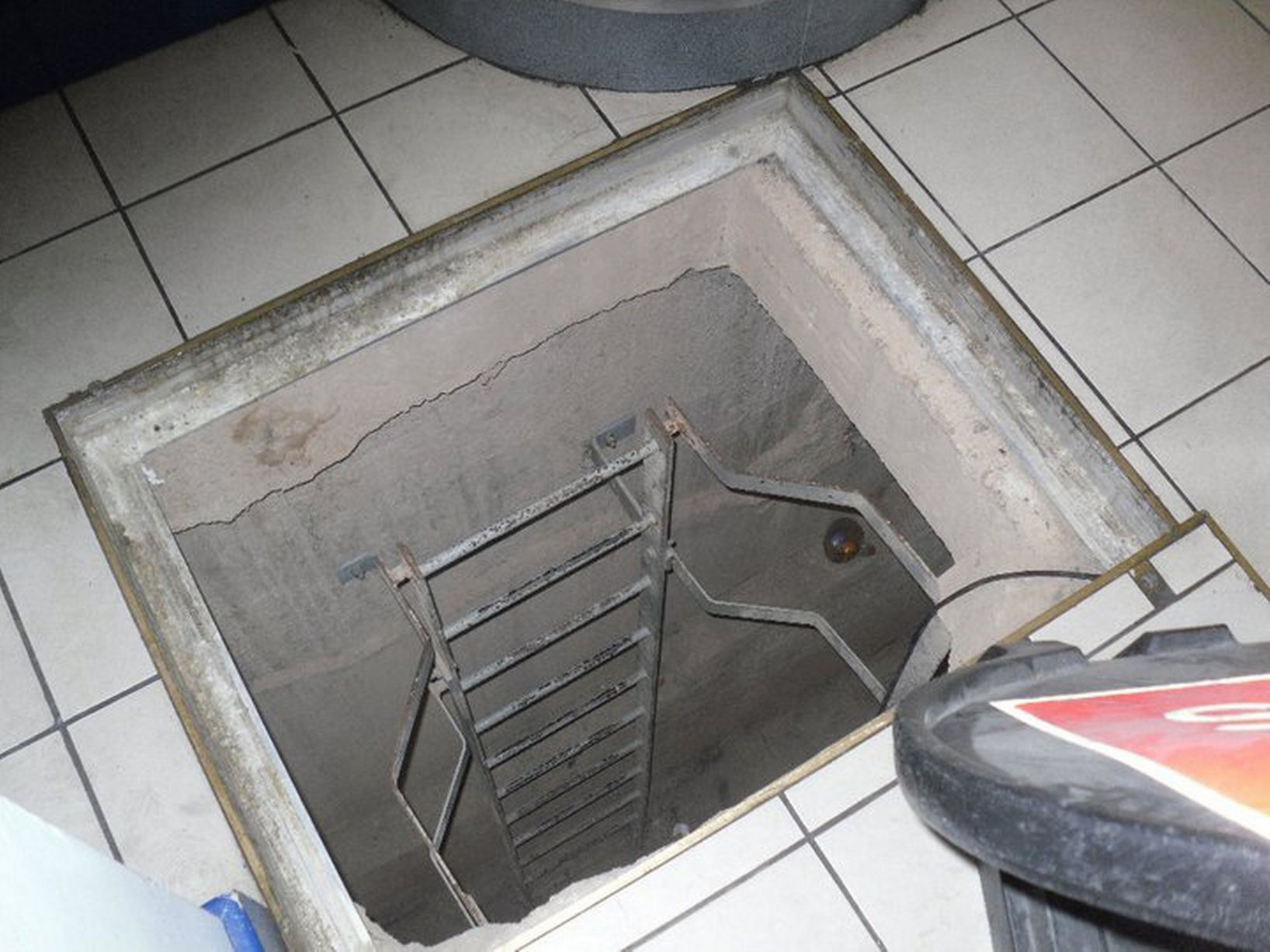 Renovators were put off the priceCredit: BPM Media 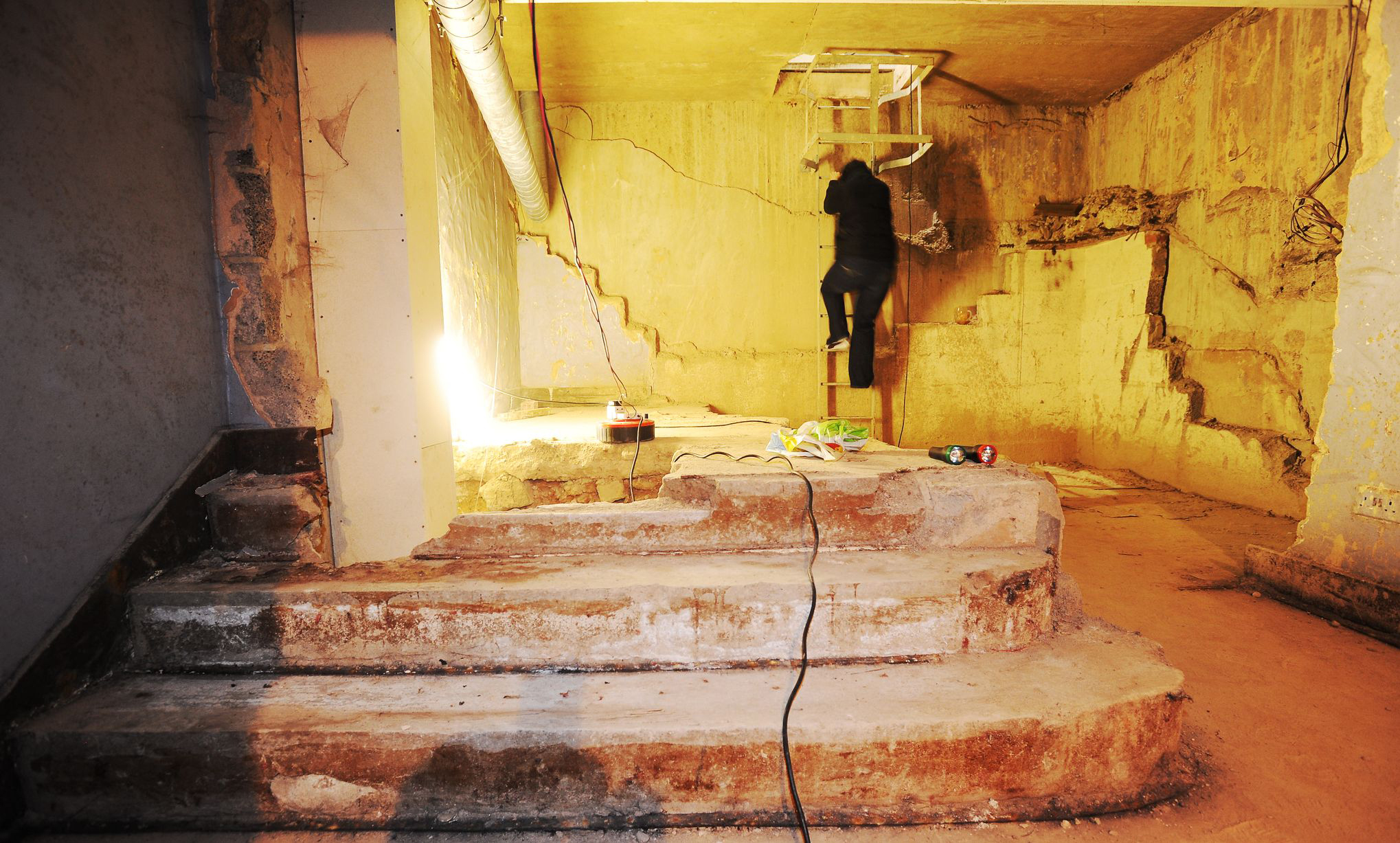 A new novel featuring the abandoned pub is also due to be releasedCredit: BPM Media 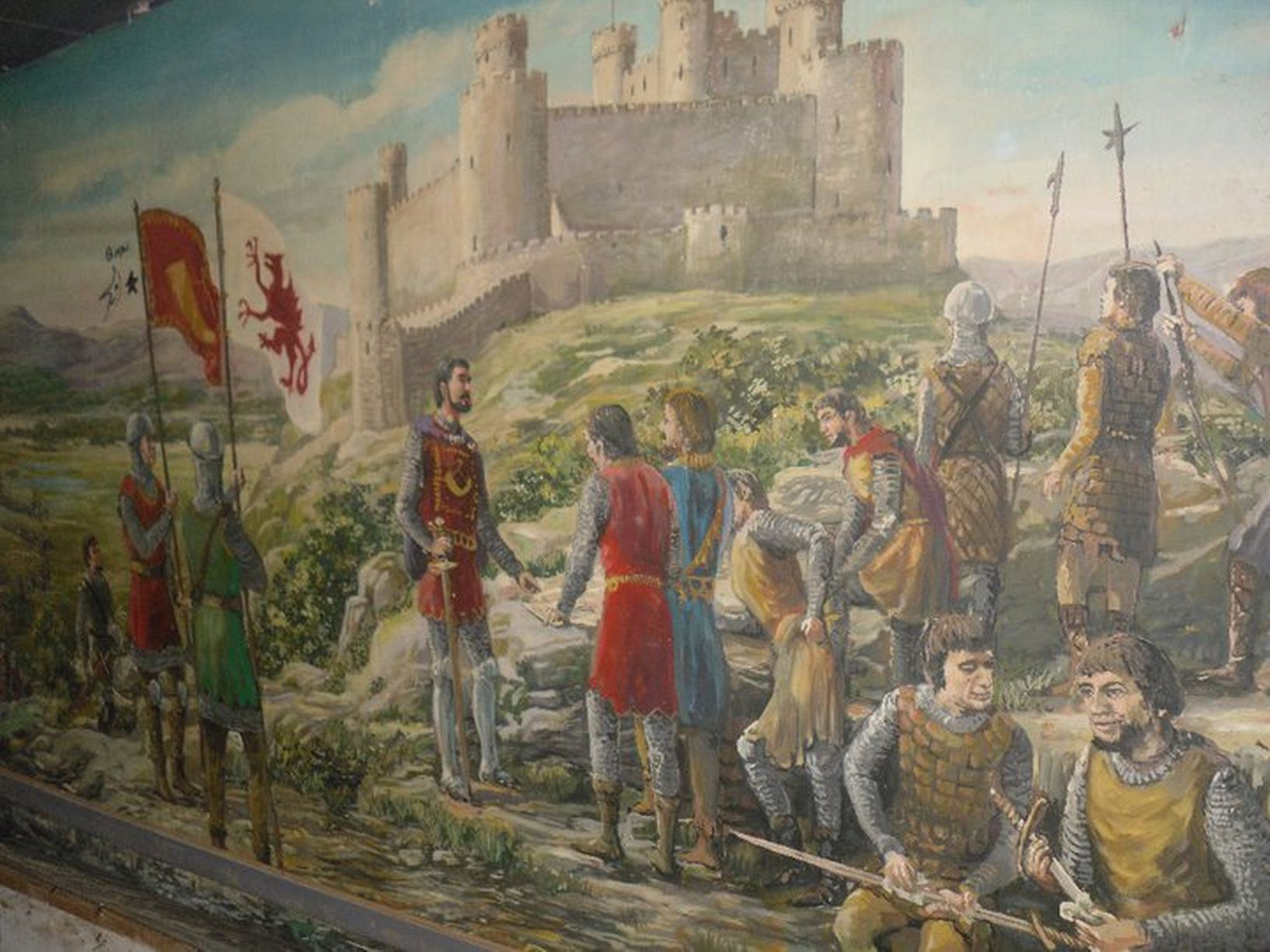 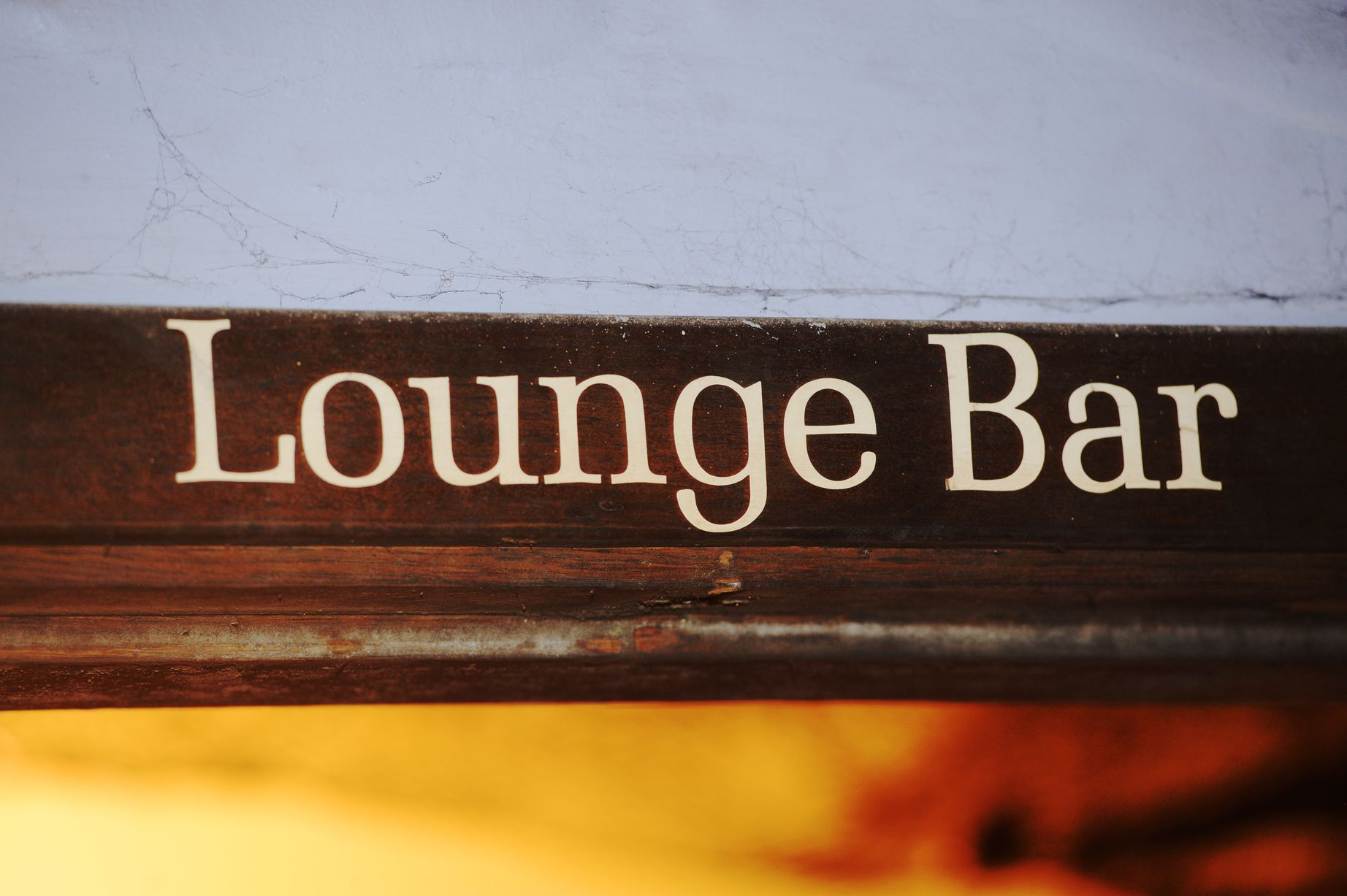 The bar is still intact after closing in the 90sCredit: BPM Media 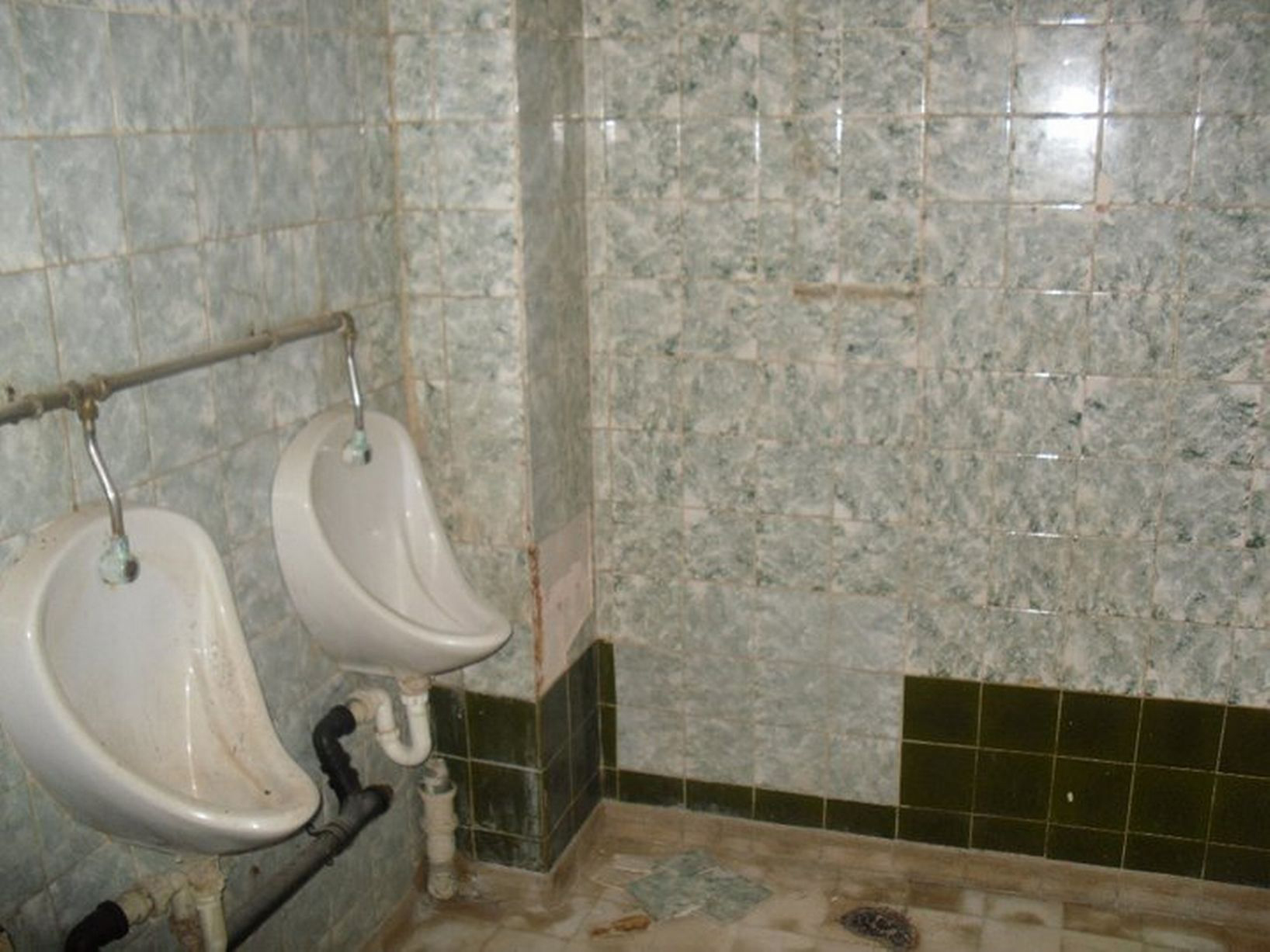 The Green Man’s Dark Secret is set to focus on the disappearance of several market tradersCredit: BPM Media 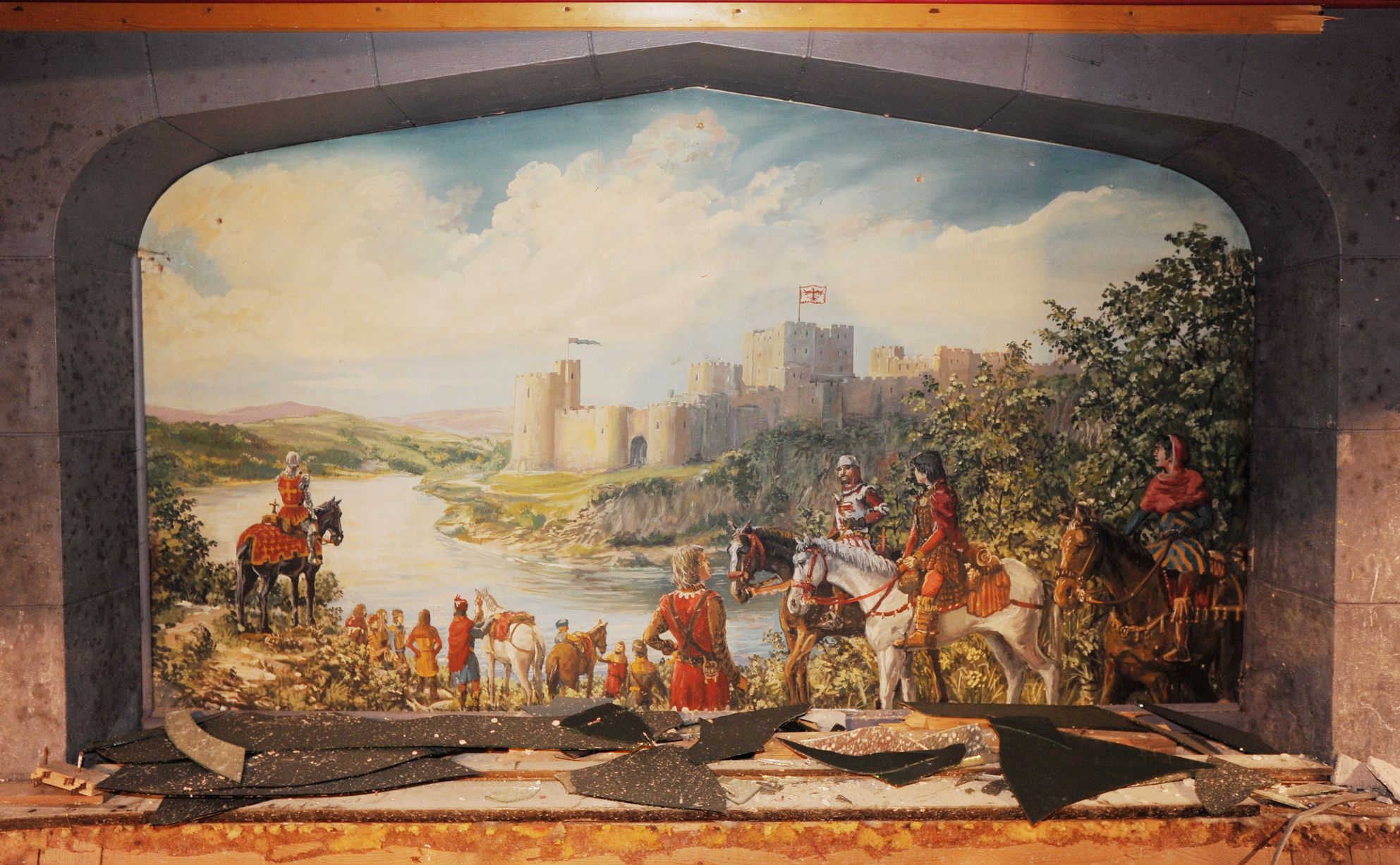 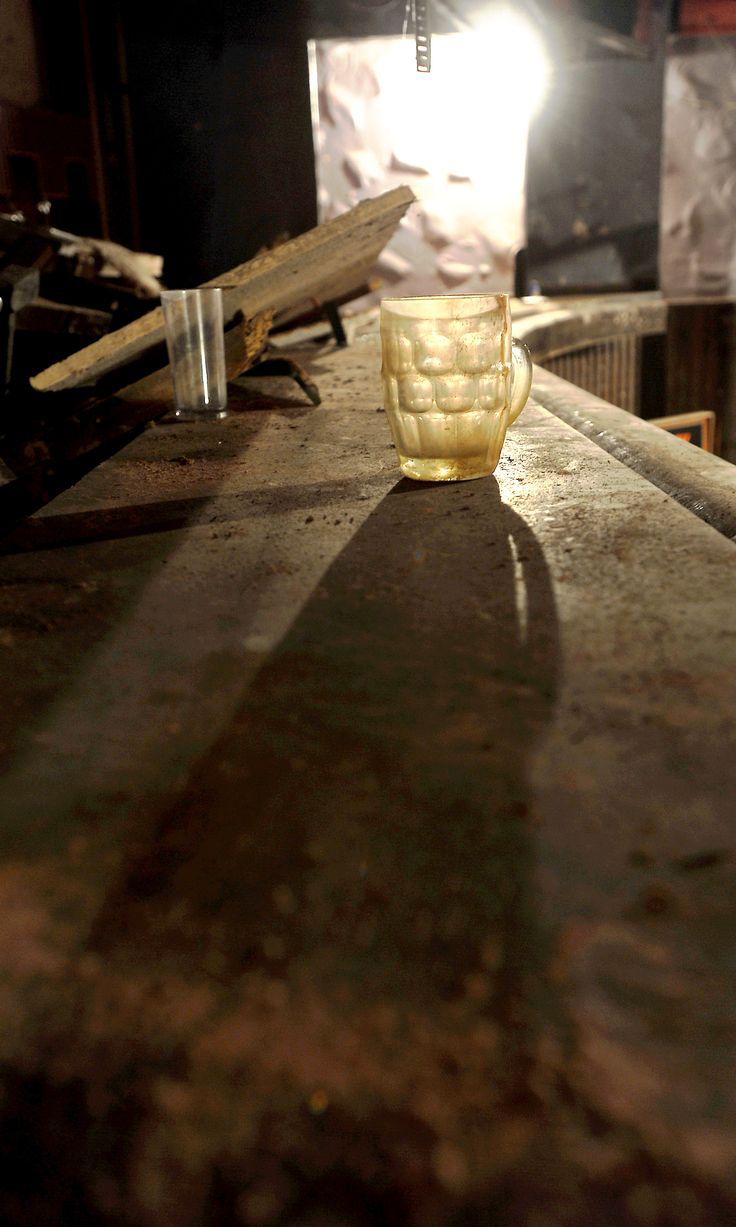 The dusty bar where punters used to order their pints has been derelict for yearsCredit: BPM Media