I’ve lost around £40,000 since my cancer diagnosis four years ago

I spent two weeks in hospital having the diseased part of my intestine removed (Picture: Sarah Mills)

I gave the boiler one last thwack, but it was no good. It wasn’t coming back on.

It had been temperamental for weeks. I’d known its days were numbered, but I’d been holding out hope that this chunky, raspy box of pipes would forgive me for taking him for granted – and hold out five months until Spring – when I wouldn’t need him so much anymore. But no such luck.

I didn’t know what I was going to do. I googled the cost of replacing a boiler – and looked at the results through my fingers, as if I was watching a horror movie.  It was going to be around £1,500.

Since being diagnosed with cancer in February 2018, money has been tight. I work as a freelancer in TV, and while that is glamorous and exciting, there is also no such thing as taking paid sick leave.

It was at the office of the young, vibrant production house in Shoreditch I was working at in 2017 that I realised there was too much blood in my poo.

It had been a symptom I’d been ignoring for at least six months, but something in my head clicked that day.

I’ve always described it as like an alarm bell suddenly going off in my cerebellum. I like to think that my subconscious picked up on the danger I was in.

I called 111 at lunchtime and they told me to go to A&E as soon as possible. Because of the nature of my job, I wouldn’t get paid for missed time — I waited until the end of the day to go to hospital. I spent the rest of the afternoon in a daze, completing my tasks through muscle memory, while my mind twirled a mental Rolodex of all the possible things that could be causing the blood.

From there, I was referred for a colonoscopy. Two months passed before this procedure took place though. This was the next available weekend appointment; if I’d gone on a weekday, I would have lost some income.

It was then that the tumour in my bowel was revealed, and scans followed.

In February 2018 – four months after my initial visit to A&E – a colorectal surgeon confirmed our darkest fears: it was definitely cancer. It was stage 3C – operable, but only time would reveal whether it had spread anywhere else.

I have lived since then under a cloud, knowing that a reappearance of the cancer would certainly mean a death sentence. Cancer is devastating and life-changing, but it also plays havoc with your schedule. 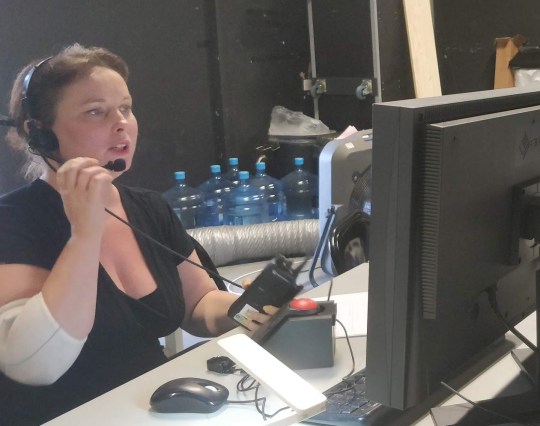 I went back to work for a two week period on full-time hours with a chemo pump in my arm (Picture: Sarah Mills)

That first year, I spent two weeks in hospital having the diseased part of my intestine removed, then two months recovering at home, followed by six months of chemotherapy.

During that time, my savings dried up and I ended up claiming Employment Support Allowance (ESA, which has since been subsumed into Universal Credit)£73.10 a week.

Because I struggled to cover my bills on ESA, I went back to work for a two week period on full-time hours with a chemo pump in my arm later on in the summer of 2018.

It was physically exhausting and I was concerned that the stress of being back in the studio would affect how well the treatment worked. In the daytime, I went about my role efficiently and with a smile for the outside world. In the evenings, I fell apart. But I had no choice – I couldn’t cover my overheads otherwise.

So it was no surprise to me when Macmillan Cancer Support released new findings in December that 83% of cancer patients experience financial impact from their diagnosis.

This is reportedly from a combination of lost work, along with the added expenses their health condition incur. As I read the report, my heart sank – it was bitingly close to home.

For four years, I have been in and out of hospital. In addition to my first surgery, I have had three more restorative surgeries since – all major abdominal procedures.

Because I am freelance, when I am in hospital recovering, my earnings are slashed to zero. I have claimed Universal Credit (UC) on and off since my first surgery.

Then, when I have been able to find work between my surgeries, I have tended to get taxis in the mornings to avoid the crush on public transport that might have exacerbated my internal wounds.

For me, I have been left disabled: I have a stoma now, which is an opening in the belly through which the intestines are re-routed, for faeces to be collected in a pouch. This incurs extra costs, like the need for new clothes, or adjustments in my home for stoma bag disposal.

Because of all this, I have survived on a ‘bare bones’ approach for the last four years. I don’t go on holiday. I am able to afford my basics: housing, food, transport. That’s really about it. 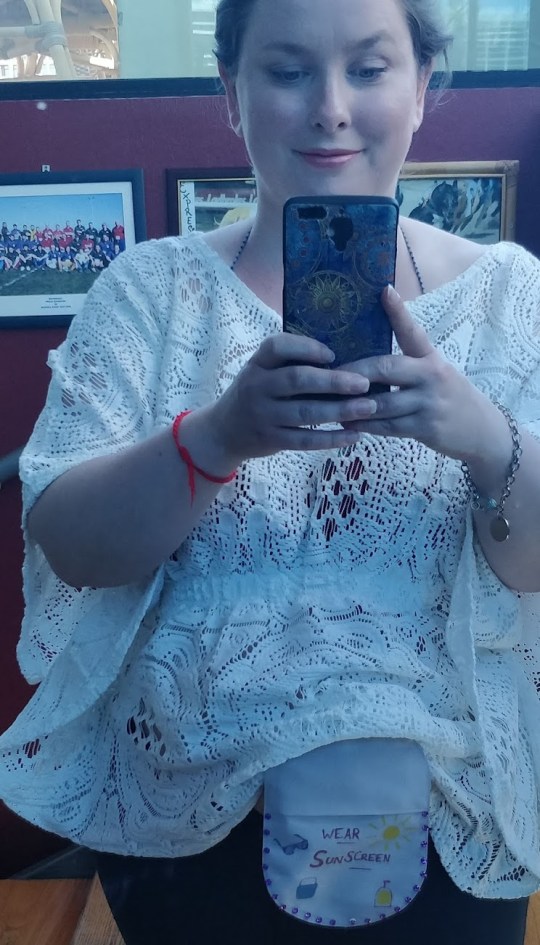 It can be embarrassing to be on a group WhatsApp chat where things like spa days, weekends away or restaurant trips are being planned, and I have to keep rolling out my well-worn catchphrase: ‘Sorry, I can’t come. I can’t afford it.’

When an unexpected expense pops up – like the boiler breaking down – it has to go on the credit card.

I’d love to think that one day I’ll be able to pay off my credit card, but I still need corrective surgeries and so my future looks blighted by more hospital stays. While my friends are planning holidays and extensions, I will just be glad to get to a place where I am debt-free.

I would estimate that I have lost around £10,000 per year since my cancer diagnosis. No one should go into debt in order to combat cancer. I feel this furiously and adamantly.

There are two things I know would have made a difference to my financial outcomes.

Firstly, a benefits system that is fit for purpose: my benefits have been clawed back at every turn and made impossible to claim when I was at my lowest ebb. I have also had to deal with case handlers, who have questioned why I’m not actively seeking work when I still have 31 staples in my belly.

And secondly, a better-funded NHS. As it stands, my doctors are unable to tell me when my next surgery will be, and I, in turn, am unable to tell employers what my availability is.

If NHS waiting lists weren’t creakingly long, this wouldn’t be the case. But a skeleton staff cannot work any faster than they are physically able to, and until the Government provides proper funding for the healthcare system, the list will only get longer.

The latter is something that even a person with the steadiest job would benefit from.

Until then, cancer will continue to leave patients in precarious financial situations, unable to heat their homes or recover from debt. It shouldn’t be like this.