Key workers WILL be exempt from crippling Pingdemic isolation rules with list being drawn up, minister says

KEY workers are set to be exempt from the crippling Pingdemic self-isolation rules with a list of essential jobs being drawn up.

More key workers are set to be exempted from crippling self-isolation rulesCredit: PA

There have been fears the number of employees being forced to quarantine could see public services grind to a halt and even spark food shortages.

So far only NHS and social care staff have been exempted from the need to self-isolate after being ‘pinged’ for contact with a positive case.

Instead they can return to work so long as they show a negative PCR test and then take daily Lateral Flow swabs.

There has been a clamour for the scheme to be extended to other key workers involved in essential services and supply chains such as shop staff.

Ms Atkins said: “A list of such workers is being worked on. We have been listening, we do understand the implications that this is having.”

But she warned the scope of exemptions is likely to be much smaller than under previous programmes to keep the economy open.

She said: “It’s a different exercise from the exercise of last year in terms of key workers who can return to their place of work.

“The scientists will have to be calculating how many people equals risk in terms of spreading the virus around the country.

“It’s a complicated exercise but it is very much being worked on and we made the first step this week with our announcement in relation to the NHS.”

No10 had insisted there would be no fixed list of jobs, and instead it would be up to employers to apply for exemptions on behalf of their staff.

The PM’s spokesman said only yesterday: “There won’t be a list covering individual sectors.

“It’s important that anyone who feels they’re in a critical industry or wants to raise potential issues because of isolation are able to contact departments and get advice and where necessary get exemptions.”

Pressed on shop staff he added: “We’re not seeking to draw lines specifically around who or who is not exempt.

The Government has already announced some fully vaccinated workers like railway signallers and air traffic controllers can avoid self-isolation.

Ministers the “small and targeted” scheme is needed to avert a “major detrimental impact on essential services”.

Health Secretary Sajid Javid said: “Throughout this global pandemic, critical workers across the country have been doing the extraordinary by delivering vital services – from policing the streets to keeping our transport links open.

“These individuals form the backbone of many of our most vital services and, as we learn to live with this virus, it’s right we do everything in our power to protect services from disruption by allowing our fully vaccinated critical workers to keep doing their important work.”

All fully vaccinated Brits will be able to take daily tests instead of self-isolating from August 16.

But with cases of the Delta variant soaring millions of people are currently being forced out of work after being pinged by Test and Trace.

Schools have been forced to shut for the summer early this week and some London Underground lines have had to shut due to staff shortages. 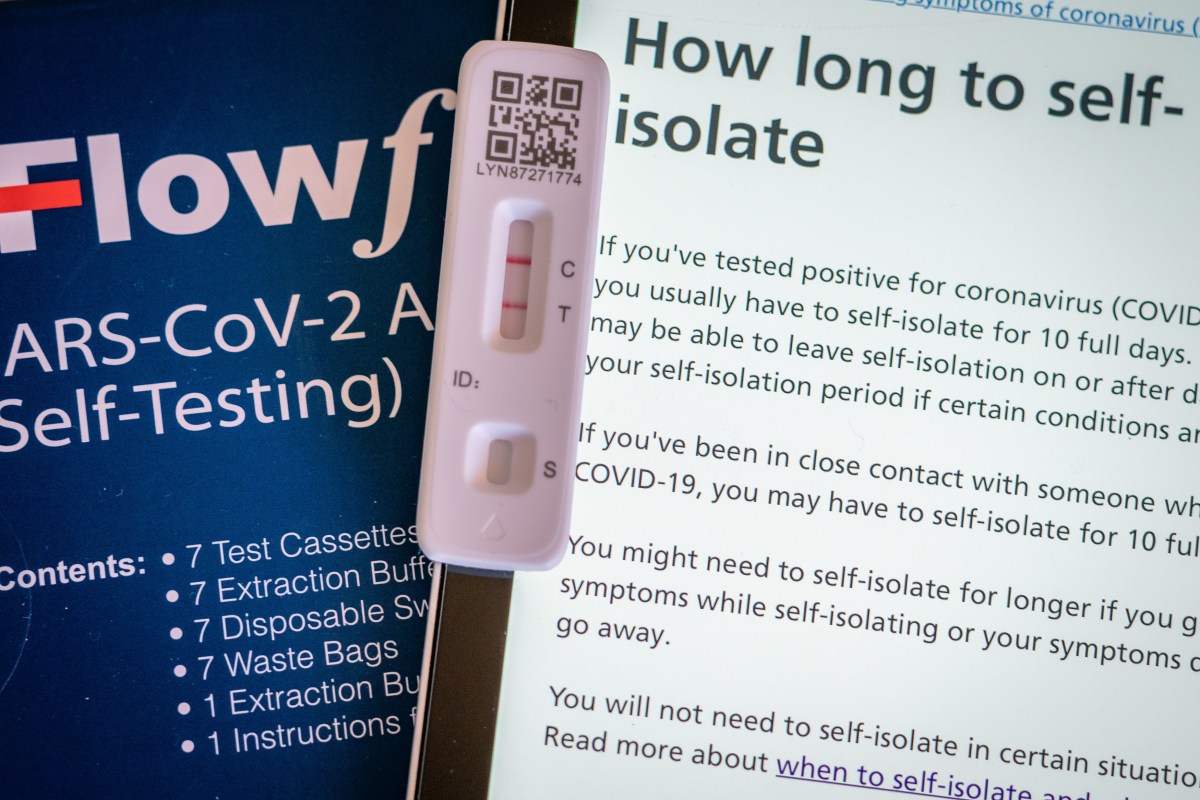 COVID self isolation rules have been altered once again, giving people with the virus freedom after five days. They must...