Maps show Omicron ‘stealth’ strain’s spread in a week as it becomes dominant – is your area a hotspot?

THESE maps show how the Omicron “stealth variant” has gained its dominance over the past fortnight, and where the hotspots are.

BA.2, as it has been labelled, now accounts for more cases of Covid than any other strain.

Estimated cases per week of BA.2 in each area of England, as of February 12Credit: Wellcome Sanger Institute 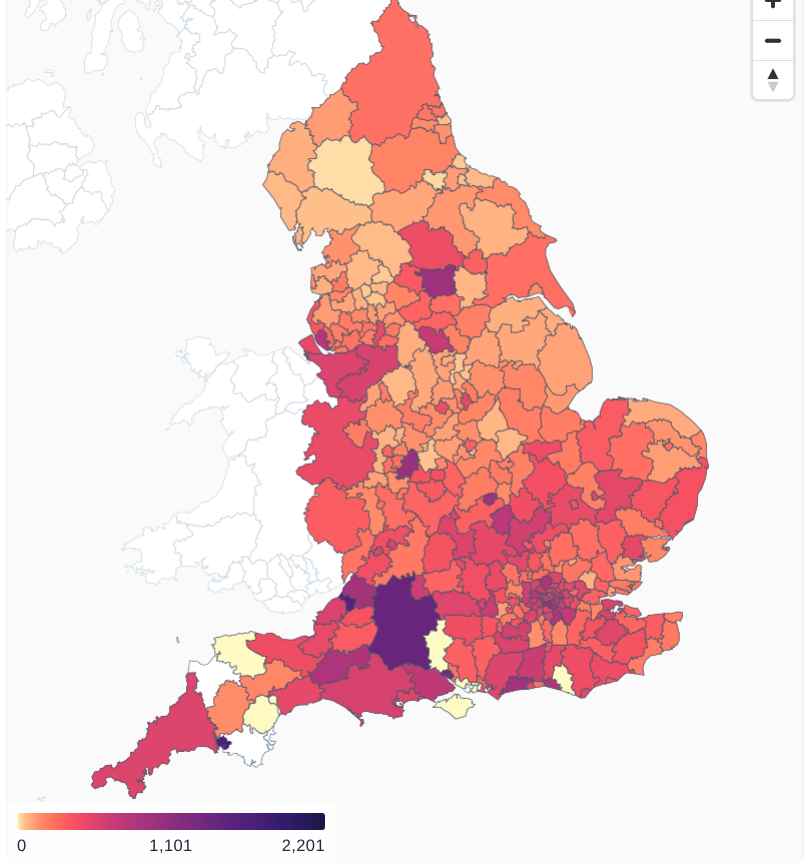 Estimated cases per week of BA.2 in each area of England, as of February 19Credit: Wellcome Sanger Institute

It is very similar to its relative Omicron BA.1, which caused a huge surge in infections over December, and was previously the most prevalent.

BA.2 spreads an estimated 30 to 60 per cent faster than BA.1, the World Health Organization has said.

But there is no evidence to show it causes more severe disease, with the Omicron lineage of Covid shown to be milder than Delta.

The best way to protect yourself from Covid is to get a booster vaccine, with two doses no longer considered effective.

Two doses are nine and 13 per cent protective against symptomatic disease respectively for BA.1 and BA.2.

A risk assessment published by UKHSA on Friday said “BA.2 is now dominant in England”.

The Wellcome Sanger Institute, which produces the maps, said BA.2 accounts for more than 40 per cent of Covid cases in the week February 19 – the most recent data it has available.

The latest map shows cases spread across England, with the most centred in the South West, South East, London and West Midlands.

Plymouth is reporting an estimated 1,600 cases per week, followed by Bristol, with 1,500.

Estimations are based on how many BA.2 infections have been found in each location through genomic testing.

BA.2 is harder to track because of its mutations. Unlike BA.1, there is no obvious signal in positive swabs that differentiate it to other strains.

It comes after Covid cases plummeted by 25 per cent in one week across the UK, with 234,103 cases reported in the last seven days.

Sadly, a further 138 people lost their lives in the last three days within 28 days of a positive test result, around 46 people each day.

Daily cases have been consistently tumbling since the Omicron wave that caused chaos over Christmas.

In January, highs of more than 200,000 infections per day were being reached, which may also have been a result of increased testing.

Covid testing is starting to wind down, with people in England only able to get their hands on a box of lateral flow tests every three days, compared to the previous 24 hours.

From April 1, free lateral tests – and NHS PCR tests – will be scrapped other than for a small group of vulnerable people.

People are advised to stay at home if they have Covid symptoms, however this is no longer legally enforced.