MINISTERS are under pressure to bring in even more strict Covid curbs — including a ban on boozing inside pubs — as early as this week.

Experts claimed yesterday that the Omicron variant could cause up to 75,000 deaths in the worst case scenario over the next five months.

Experts warn there could be 75,000 deaths this winter in a worst case scenarioCredit: LNP 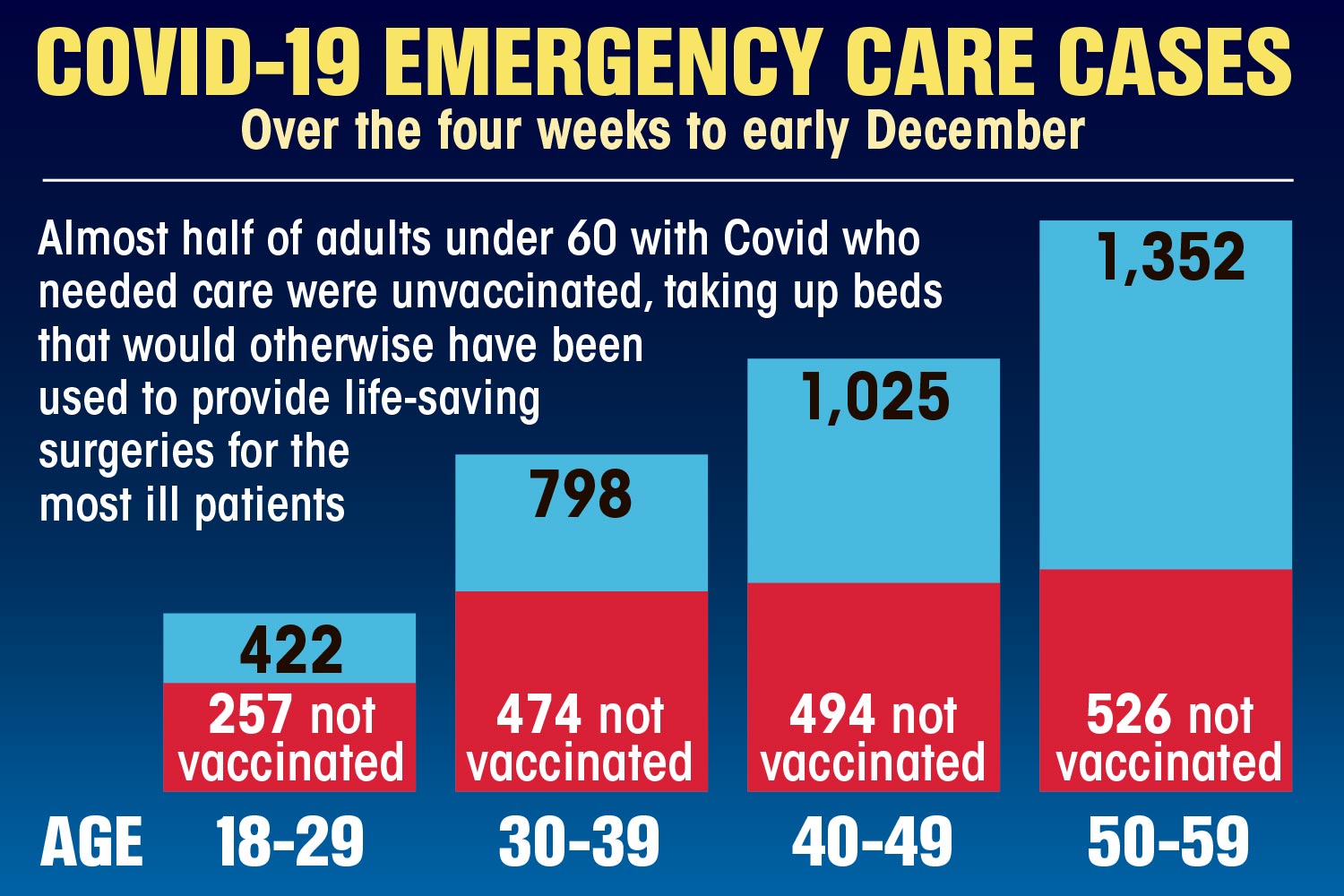 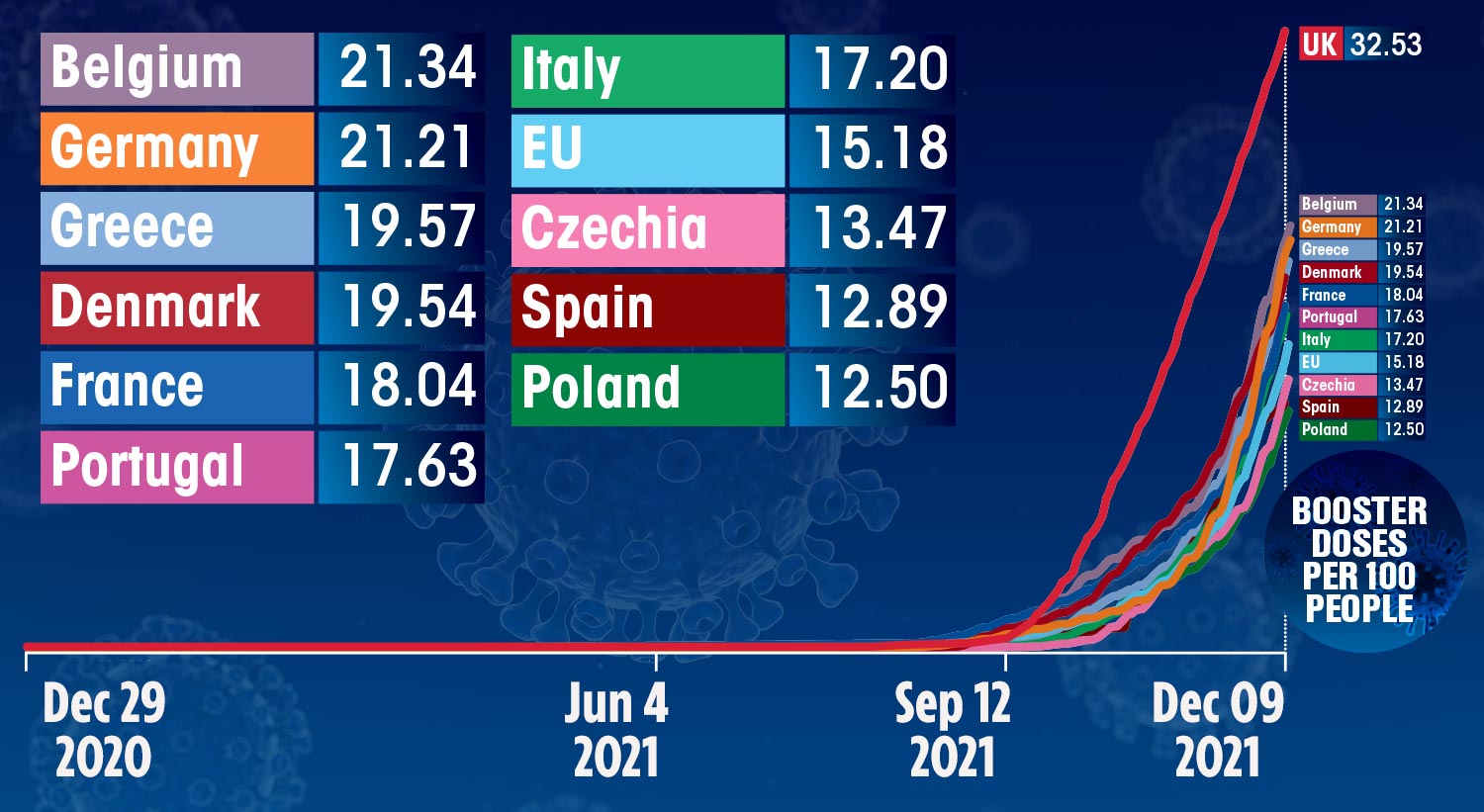 The UK’s booster programme is ahead of mainland Europe

The revelation comes after the Health Secretary Sajid Javid also received a presentation from the UK Health Security Agency saying “stringent national measures” tougher than Plan B should be in place by next Saturday.

The London School of Hygiene and Tropical Medicine — which predicted the 75,000 deaths — said the best we can hope for if no additional measures beyond Plan B are imposed, is that there will be 25,000 deaths and 175,000 hospital admissions.

Shutting some entertainment venues and imposing limits on gatherings early next year will be needed to dramatically reduce hospital admissions by 53,000 and deaths by 7,600, experts have said.

But Professor Paul Hunter, of East Anglia University, said: “If Omicron is indeed associated with less severe disease — as is, in my view, likely to be the case — then these models would overestimate hospital admissions and deaths, possibly substantially.”

And a government spokesperson said Plan B remains a “proportionate response based upon what we know”.

“We have to keep some sort of perspective on this and can’t keep shutting down on the basis that something might happen.

“We need to have a balanced approach but must try and let the country make their own decisions about their lives.

“Every time a decision is made it affects mental health and can have a huge impact on businesses.”

The experts from LSHTM sit on the Scientific Pandemic Influenza Group, or the Scientific Advisory Group for Emergencies, which advises the Government.

The new measures would be the equivalent to Step 2 of this year’s “road map” — where hospitality venues were only allowed to serve people outdoors.

The most pessimistic scenario would see a peak in hospital admissions around twice as high as that seen in January this year if no extra measures are introduced.

The study — still to be reviewed by other scientists — says this could cause, at worst, 492,000 hospital admissions and 74,800 deaths.

Dr Rosanna Barnard, who co-led the research, said: “Nobody wants to endure another lockdown, but last-resort measures may be required to protect health services.”

Meanwhile, it was revealed 60 per cent of adults under-30 needing a Covid overnight hospital stay in recent weeks were not vaccinated.

But figures from the UK Health Security Agency reveal only 123 people between those ages who were double-dosed needed emergency care.

A surveillance report of coronavirus cases across hospitals in the UK covering the month up to the beginning of December revealed there were 798 cases resulting in an overnight stay in the 30-39 age group — with 474 of those people not vaccinated.

Between the ages of 40-59, there were 2,377 cases, with 968 unvaccinated people needing a hospital bed overnight due to Covid.

Health Secretary Sajid Javid said: “More than 120 million vaccines have been administered across the country, saving countless lives and building a wall of defence as we continue to fight this virus. It is absolutely crucial everybody plays their part in this national mission and comes forward for their vaccines and booster jabs.

“The offer of a first and second jab will always be available.”

Shadow Health Secretary Wes Streeting said: “The Government can’t take its eye off the ball when it comes to persuading the unvaccinated to get the jab.

“It needs to speed up the Online Safety Bill to penalise Big Tech companies like Facebook who allow anti-vaccine lies to reach millions.”

And a stark message was sent out by medical professionals last night that beds being used by the unvaccinated could be freed up for those desperately needing care.

NHS Medical Director, Professor Stephen Powis, said: “These statistics show that almost half of adults under 60 with Covid who needed care were unvaccinated, and they could be taking up beds that would otherwise have been used to provide life-saving surgeries for the most ill patients.”

A poll has revealed just over half of people now back compulsory Covid jabs, with 35 per cent against.

Boris Johnson appeared to hint this week at the prospect of a “national conversation” over mandatory jabs.

Such a decision is largely backed by older people, with 55 per cent of 50-64 year-olds and two-thirds of over-65s wanting the move.

New data has emerged that the booster offers up to 75 per cent protection against the Omicron variant.

But those with two Pfizer jabs were likely to have 40 per cent protection. 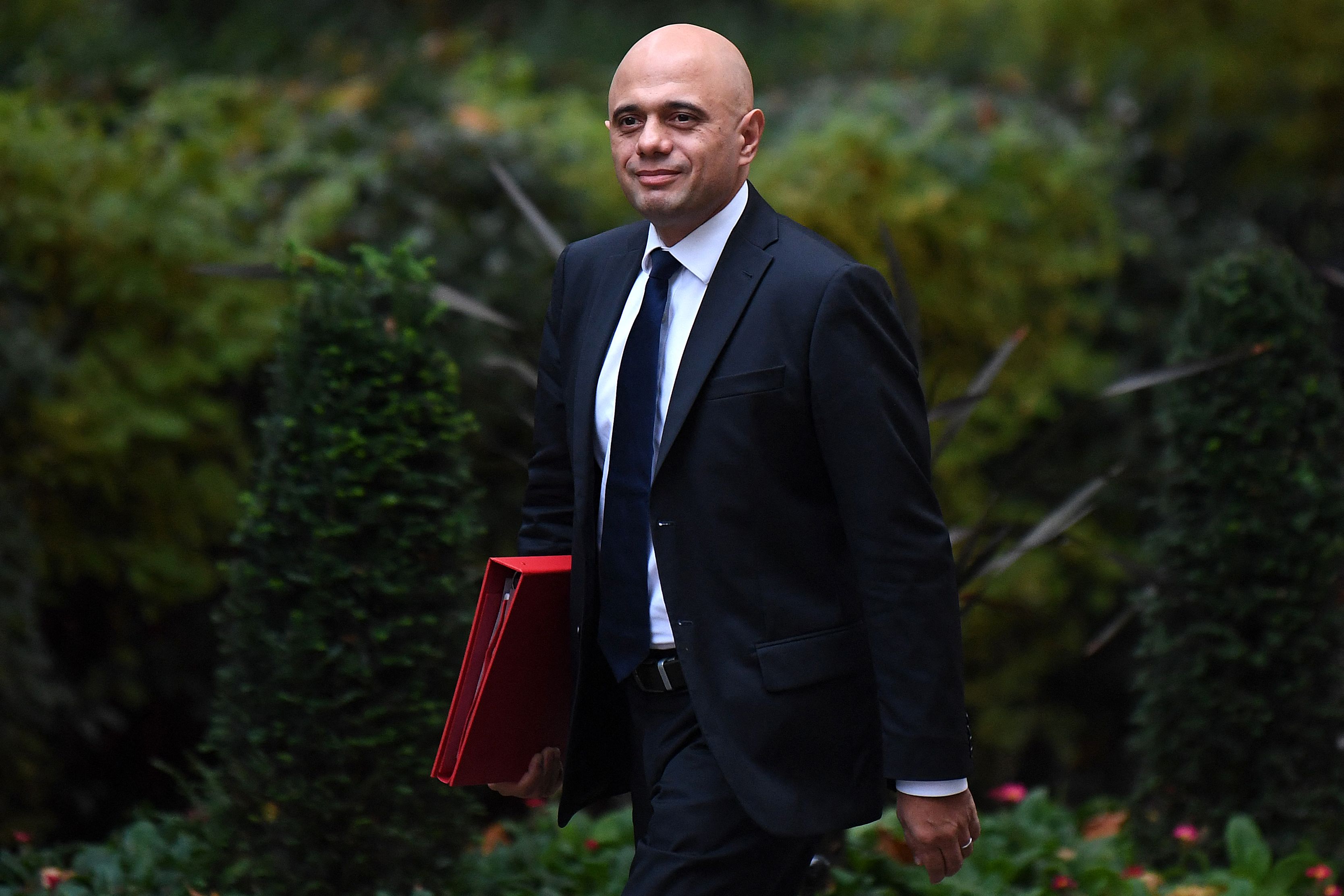 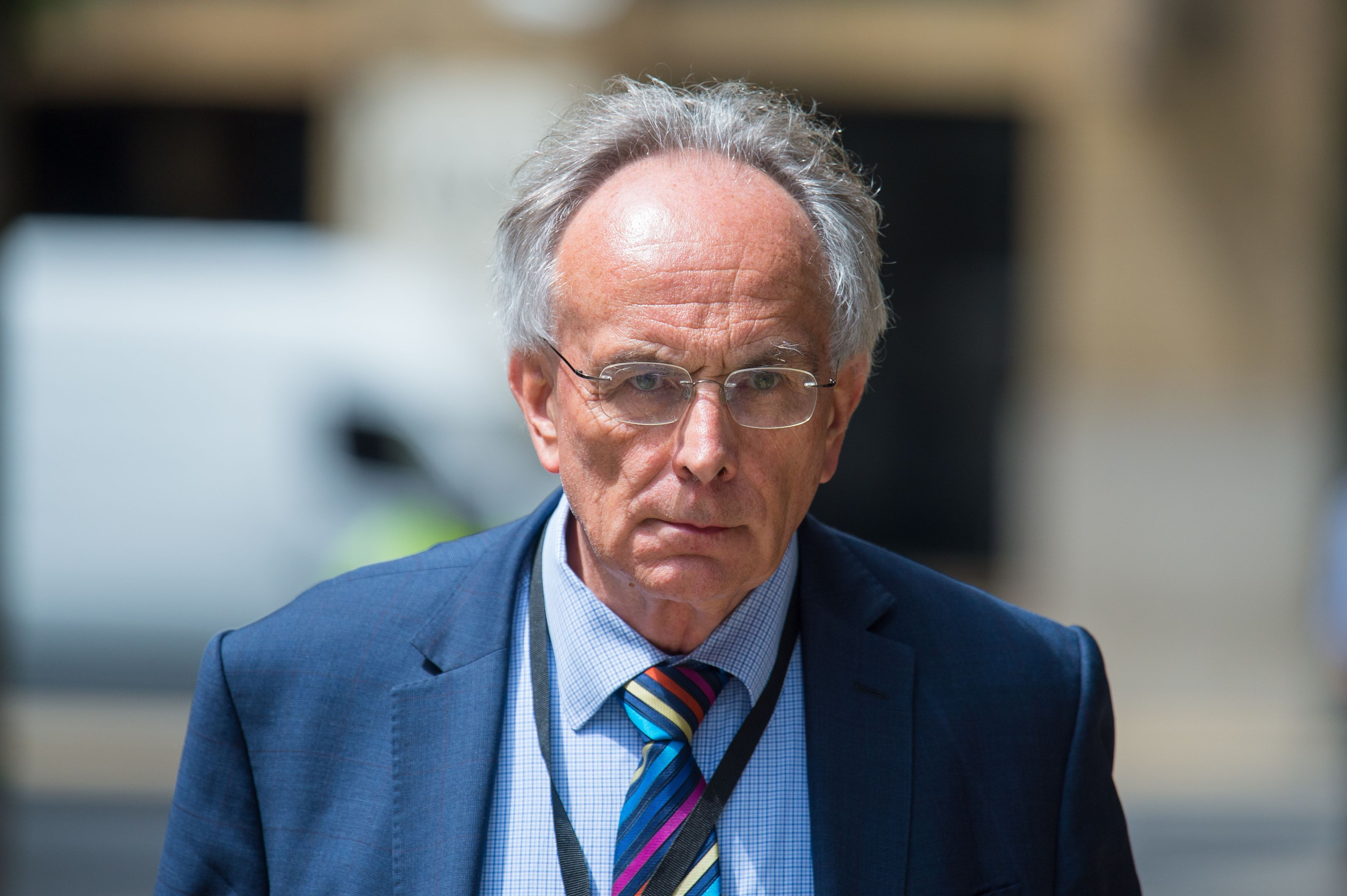 Peter Bone MP says there is no evidence that Omicron causes deaths or hospitalisations.Credit: PA:Press Association 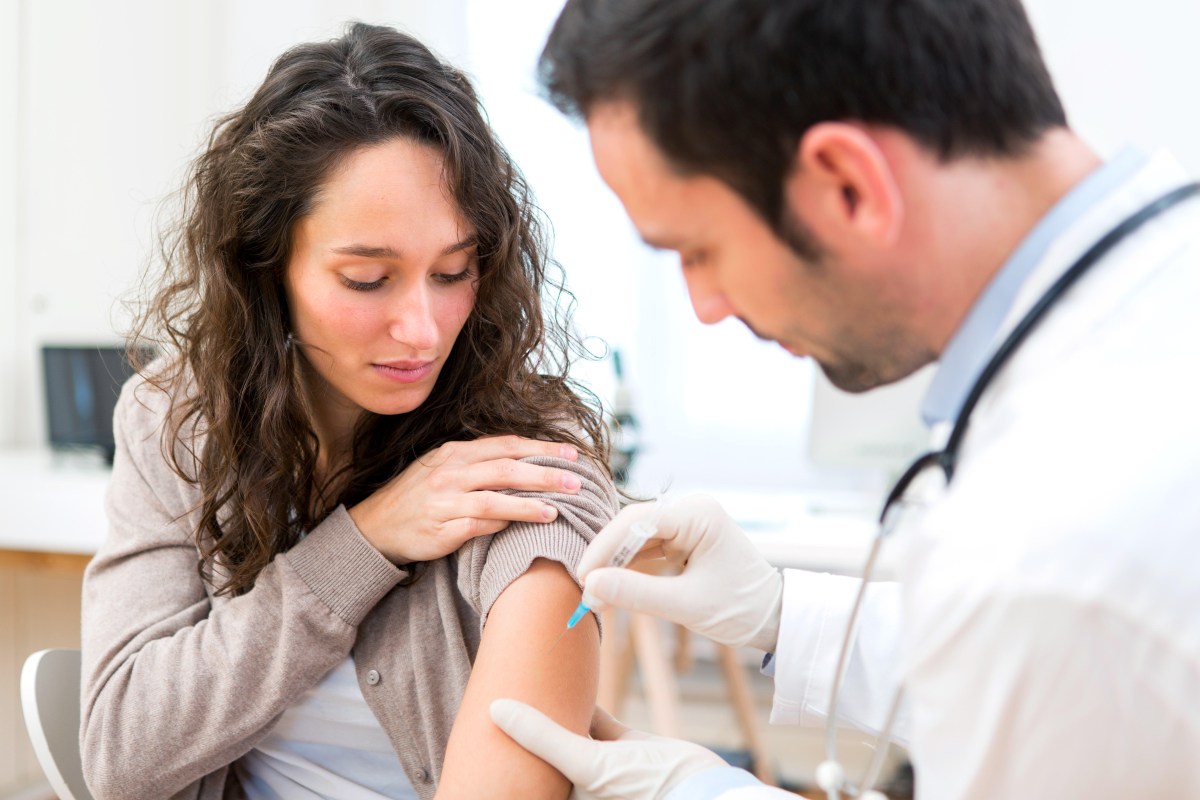 YOU may have noticed a subtle difference in your period since getting your Covid vaccine. Evidence is mounting that you’re...