Heather was given the all-clear – but then the cancer returned in her brain (Picture: Heather Bone/SWNS)

A 40-year-old woman who has been told she doesn’t have long left to live, decided to celebrate her life with all of her loved ones, while she still can.

Heather Bone, 40, from Selsey, found an ‘unusual swelling’ in her hand in 2019. Doctors originally dismissed it, but scans later revealed it was a symptom of cancer.

‘They just sent me home and said to come back if it gets worse. I came back the next day as the swelling had gone up,’ says Heather.

‘They told me they couldn’t find anything wrong.’

Unfortunately, the swelling got worse and eventually spread to her breast.

‘I was sent for a two-week referral scan for breast cancer. By that time, my breast was massively swollen,’ she says. 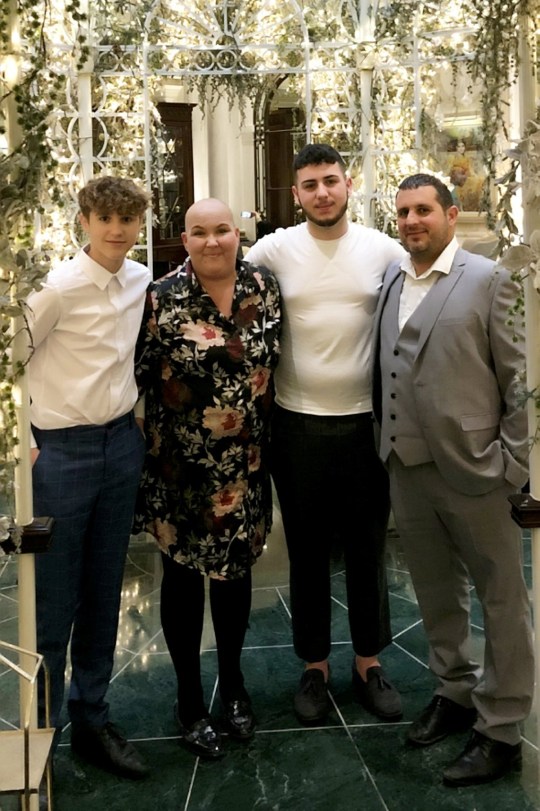 ‘They found I had inflammatory breast cancer. I had my chemo, radiotherapy and surgery to remove the breast.’

Heather was given the all-clear in May 2020, and she celebrated her 40th birthday during lockdown.

But by October, the cancer had come back. This time it was in her brain, and she was told she may now only have weeks to live. 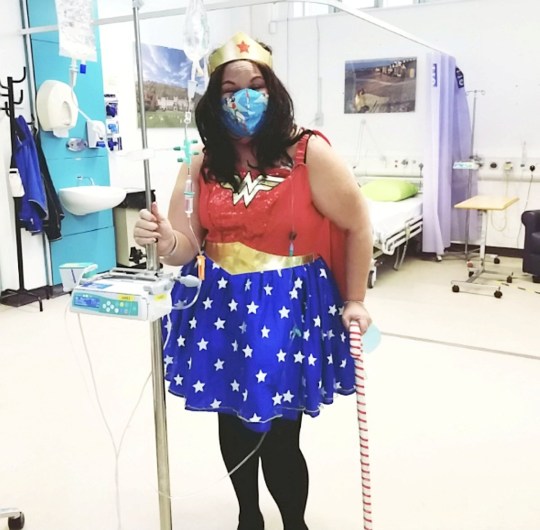 Heather dressed as Wonder Woman for some of her treatment (Picture: Heather Bone/SWNS)

The mum-of-two bravely decided to host a party which she named her ‘wake me up before you go-go’, celebrating her life and good memories with her friends and family.

Her whole family attended the party which was funded by the kindness of strangers after a fundraising page was set up.

Heather even appeared on This Morning where she won £1,000, which she put towards the wake.

‘People that I’ve never met have sent me flowers, beautiful messages and have really supported me. I want to say thank you to these people I’ve literally never met,’ says Heather. 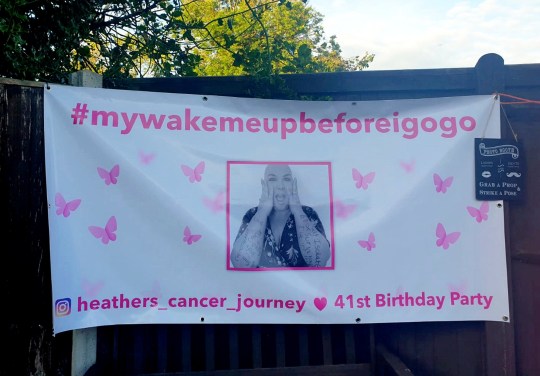 ‘Some have taken me to hospital and turned up with gifts. A lady called Lucy, from Beauty Bake, did a cake sale, raising over £1,000.

‘It’s just been so lovely. I did not realise people were that nice. They’ve been amazing.’

Heather is now encouraging people to check their bodies regularly for changes, and to listen to their instincts if they know something isn’t right.

‘If I had accepted that they told me it was an infection, I probably would have been dead by now,’ she says.

‘Doctors don’t know enough about inflammatory breast cancer unfortunately so it can be easily misdiagnosed.’