JAMAAL LASCELLES played 45 minutes of Newcastle’s FA Cup defeat to Arsenal on his first appearance since recovering from long Covid.

The Toon skipper had not featured for Steve Bruce’s side since November 21 after being struck down by the virus. 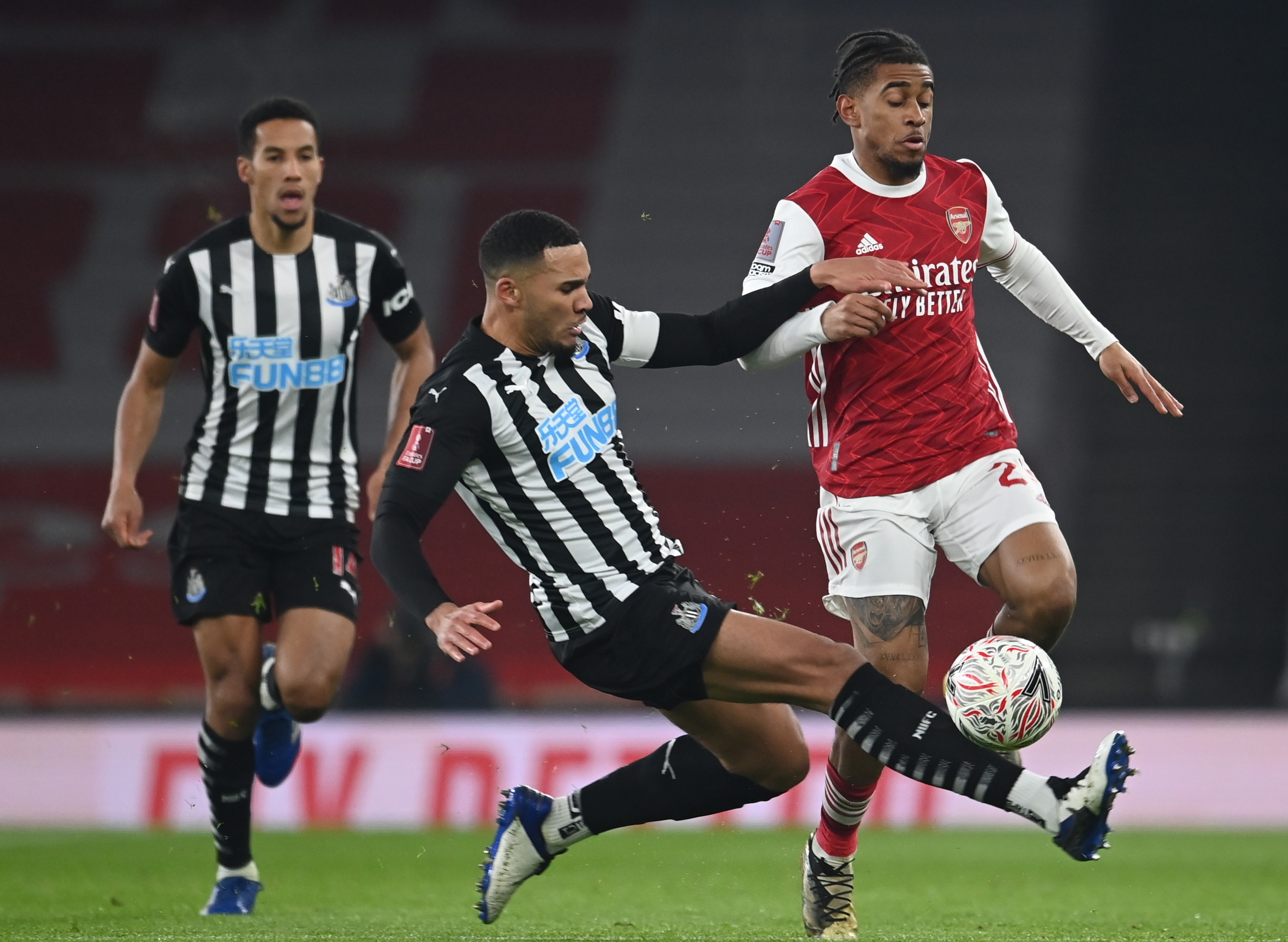 Jamaal Lascelles picked up an early booking for a foul on Reiss NelsonCredit: EPA

He returned to training on Christmas Eve and was considered ready to start at the Emirates Stadium after a seven-week absence.

But Lascelles picked up an early booking for a challenge on Arsenal winger Reiss Nelson before being replaced by winger Matt Ritchie at half time.

Lascelles’ return to action was a positive for Newcastle, who will have to put their FA Cup hopes on ice for another season.

The third-round tie went to extra time before Emile Smith Rowe displayed his quality with a fine finish to break the deadlock. Pierre-Emerick Aubameyang’s late tap-in from Kieran Tierney’s cross ensured the holders progressed with a 2-0 win.

Newcastle had to close their training ground in November after a coronavirus outbreak.

Their Premier League clash against Aston Villa, originally scheduled for December 4, had to be postponed as a result.

Newcastle revealed Lascelles and Allan Saint-Maximin were suffering from the long-term effects of Covid-19 to quash rumours of a bust-up between the pair and Bruce.

The Toon boss outlined the impact the virus had had on his players and staff last month.

Bruce said: “You all know who is struggling and who’s not and, as I said, one or two are struggling even more.

“They go for a walk for half an hour and then they want to go back to bed. It’s as brutal as that.

“The fatigue is the one thing that has hit them all. For two of them, it’s beyond that.

“We hope there’s light at the end of the tunnel, but some are finding it a struggle.

“Thankfully, a couple of my staff are getting a bit better, but it’s the after-effects fatigue-wise that is the big problem.”

Saint-Maximin was not part of Newcastle’s squad for the FA Cup tie.