THE NFL isn’t playing ball this season when it comes to its Covid-19 vaccination policies, and some players are so furious they’re threatening to walk.

Commissioner Roger Goodell issued a memo on Thursday threatening forfeits and revoking game pay if an outbreak among “non-vaccinated players/staff” leads to a cancellation or delay in any of the 272-games scheduled over 18 weeks.

NFL Commissioner’s Thursday memo threatening forfeits and revoking gameplay was met by angry responses and at least one threat by a star to quitCredit: AP 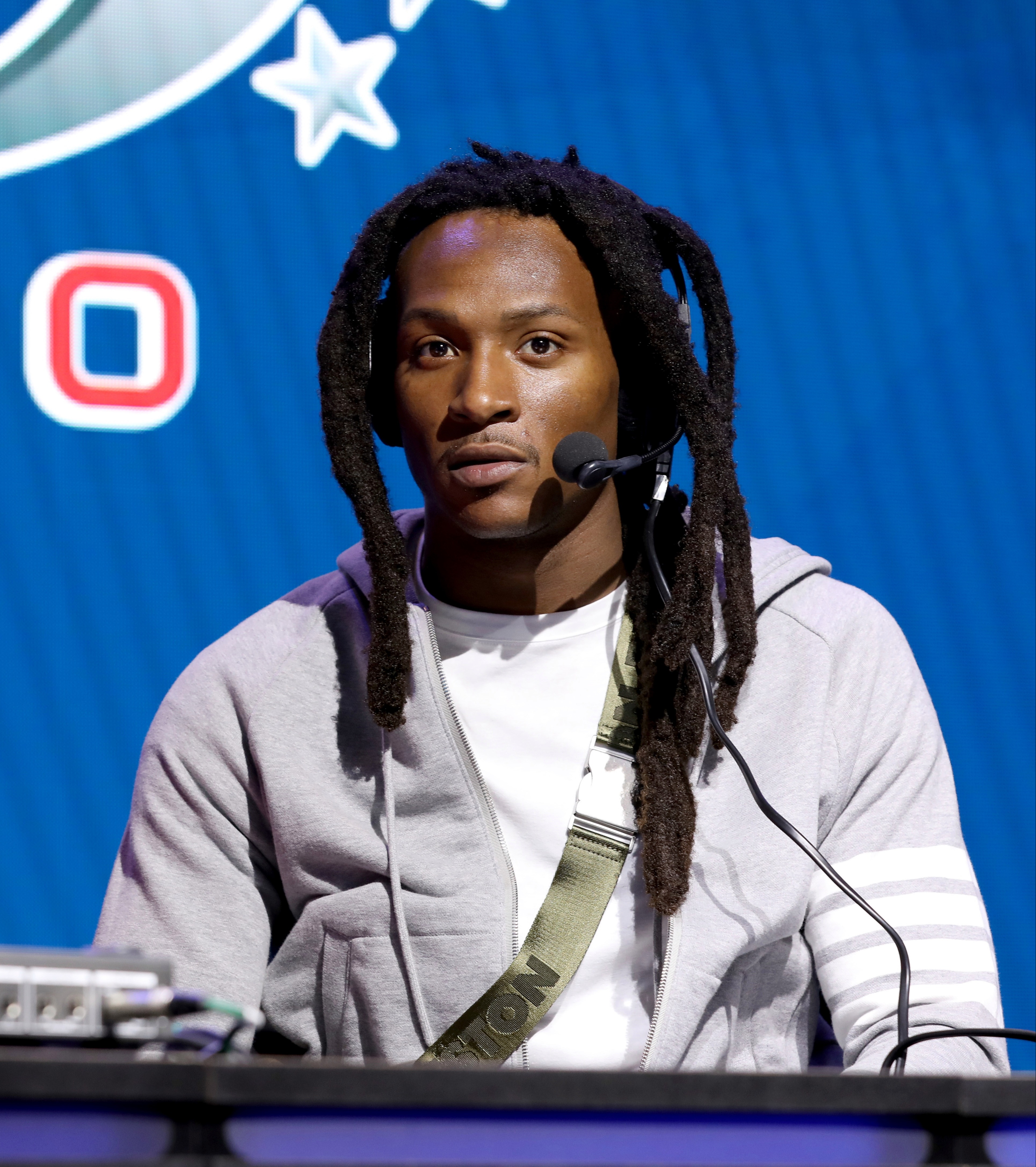 Arizona Cardinals star wide receiver DeAndre Hopkins posted a since-deleted tweet writing: “being put in a position to hurt my team because I don’t want to partake in the vaccine is making me question my future in the @NFL”Credit: Getty Images – Getty

“If a game is cancelled/postponed because a club cannot play due to a Covid spike among or resulting from its non-vaccinated players/staff, then the burden of the cancellation or delay will fall on the club experiencing the Covid infection,” Goodell’s memo states, according to NFL.com.

“We will seek to minimize the burden on the opposing club or clubs. If a club cannot play due to a Covid spike in vaccinated individuals, we will attempt to minimize the competitive and economic burden on both participating teams.”

While the league hasn’t made Covid jabs compulsory, the message is that there is more incentive to get the owners, teams and coaches to put players on a clock to get inoculated or face the stringent penalties in both the standings and purse.

Some players expressed their discontent over the policy changes, with one comparing it to playing in “jail.”

Arizona Cardinals wide receiver Deandre Hopkins, who is unvaccinated, posted a tweet that suggested he might consider bowing out of the league because of its stringent Covid-19 stance.

“Never thought I would say this, But being put in a position to hurt my team because I don’t want to partake in the vaccine is making me question my future in the @NFL,” he wrote.

He wasn’t the only pro footballer making a fuss.

Las Vegas Raiders running back Jalen Richard urged players to school themselves on the vaccination rules and “know em like you know your plays” before likening the 2021 season to serving time behind bars.

“We playing in jail this year and you should act as such,” he tweeted.

“The only benefit we have is we still get tested every day, but protect yourselves this season. Play ball and go home – sad but a must!”

He softened his stance in a separate tweet: “The term jail is kinda harsh cause there is nothing like jail.

“So just know the consequences of being unvaccinated and live as such with your well being and everyone around you in mind !”

“I have never told any player what to do with their body,” read his tweet.

“I’m not gonna tell them they don’t wanna win if they choose to not inject a knee or whatever just so they could play that day when they can barely walk.

“That is their choice to make the decision they think is best.”

Los Angeles Rams cornerback Jalen Ramsey made a case in response to quarterback coach Quincy Avery’s tweet: “Def a bad teammate if you don’t get the vax now” his anecdote that suggests the pressures to get players jabbed may lead to unnecessary penalties – and not necessarily prevent the pandemic from spreading.

“I know 2 people right now who got the vaccine but are covid positive.. I’m just saying. I wouldn’t look at a teammate as bad if he don’t get the vax, no pressure from ”

He then clarified, tweeting, “the NFL is pressuring/ “influencing”  guys to get the vaccine.

“They are saying if there is an outbreak, the team will be penalized heavily.

“My point is no teammate of mine will feel that pressure from me because… … whether you are vaccinated or not, there is still a chance of getting covid…

“Just because my teammate(s) personally decide not to get the vaccine, I won’t think they are a bad teammate.

New England Patriots linebacker Matt Judon was quick to tee off against the NFL Player’s Association, the league’s union, for not combatting against new incentives to get vaccinated: “The NFLPA F—— sucks.”

Dallas Cowboys running back Ezekiel Elliott who was diagnosed last summer with Covid-19, is adamant that the choice should rest with the individual.

“I got the vaccine just because I wanted to put myself in the best situation to be out there for my team week in and week out,” he told ESPN.

“But I mean not everyone feels that strongly or maybe other people still have their view of vaccines.

“You can’t force someone not to do something that they don’t [want] to do to their body.”

As rostered players start showing up to camps to prepare for the season, there has been a push to increase vaccination numbers.

Overall, there is a 50 percent vaccination rate among all 32 teams.

“We’re pleased with those numbers, but we’re not satisfied. We want to see them continue to go up,” NFL chief medical officer Dr. Allen Sills said during an interview on NFL NOW.

“Certainly those rates are well above what we’re seeing in the rest of society and certainly above the same age group as most of our players are. So a great head-start, more work to be done.”

Beyond the punishable offenses of causing cancellations or delays by unvaccinated team members, those vaccinated players or staff who test positive for Covid-19 but are asymptomatic are permitted to continue show up for work once they’ve passed two negative tests that are 24 hours apart, according to the memo.

Again, for the non-vaccinated person, the same protocols enacted in 2020 including a 10-day isolation period remain in place.

Goodell’s memo noted: “These operating principles are designed to allow us to play a full season in a safe and responsible way and address possible competitive or financial issues fairly.” 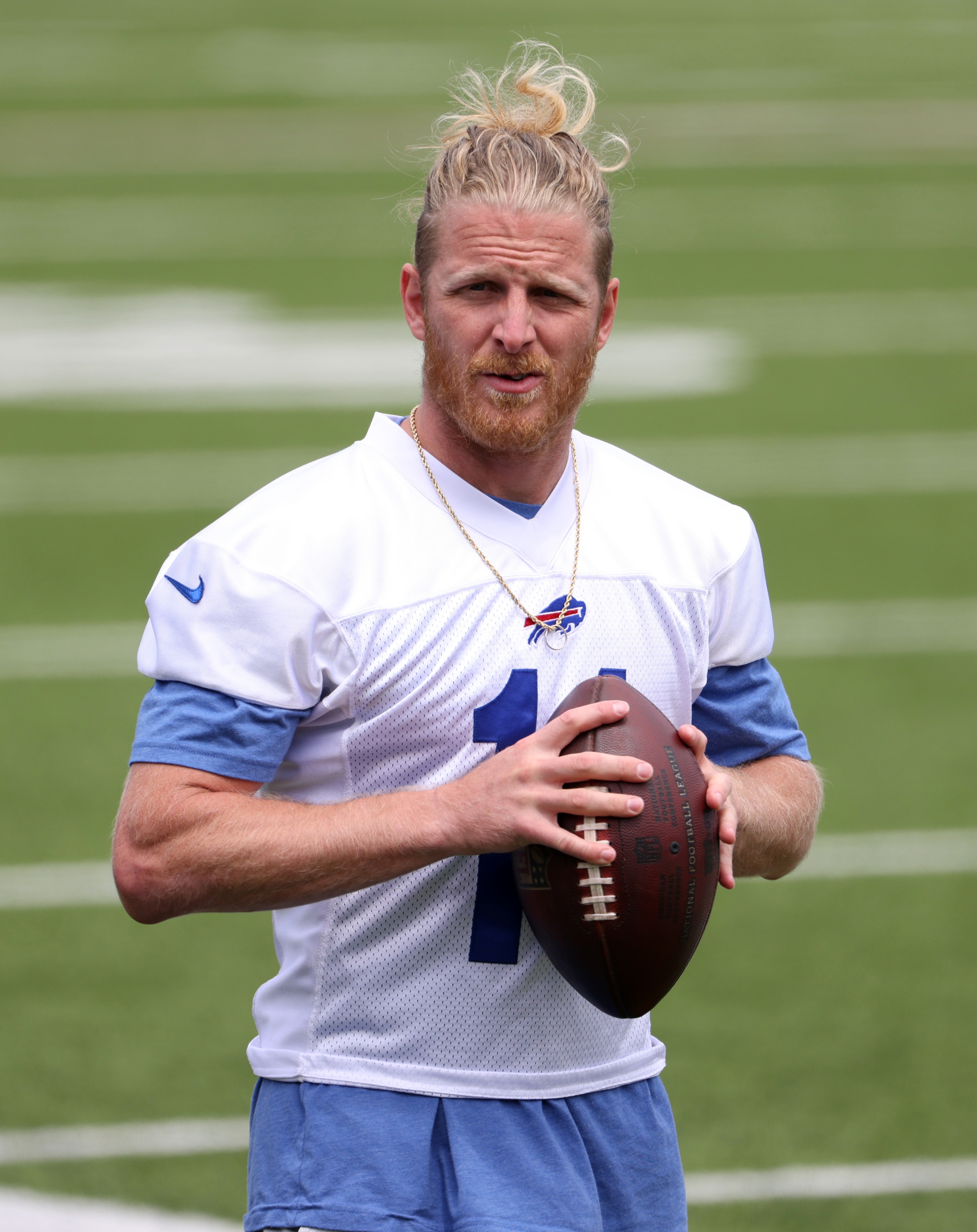 Buffalo Bills wide receiver Cole Beasley was one of the numerous other pros who publicly criticized the NFL for meddling with player’s health decisionsCredit: Getty Images – Getty 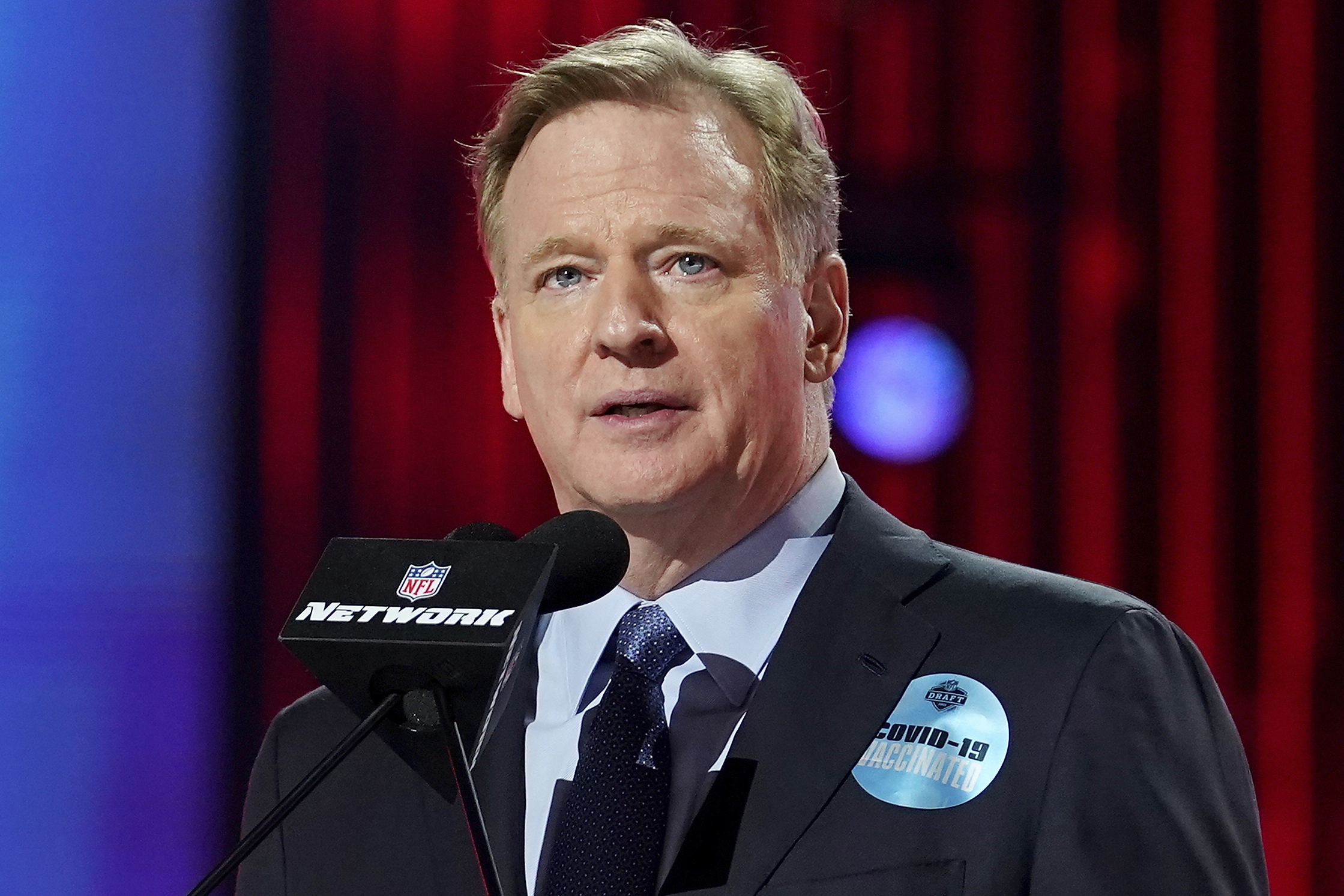 Goodell’s memo explained: “These operating principles are designed to allow us to play a full season in a safe and responsible way and address possible competitive or financial issues fairly”Credit: AP