NORWEGIAN health chiefs have adjusted their vaccine advice after doctors “can’t rule out” if 23 people died from the jab’s side effects.

All of the fatalities, 13 of which were apparently related to “side effects” from the vaccine, were elderly care home patients over the age of 80. 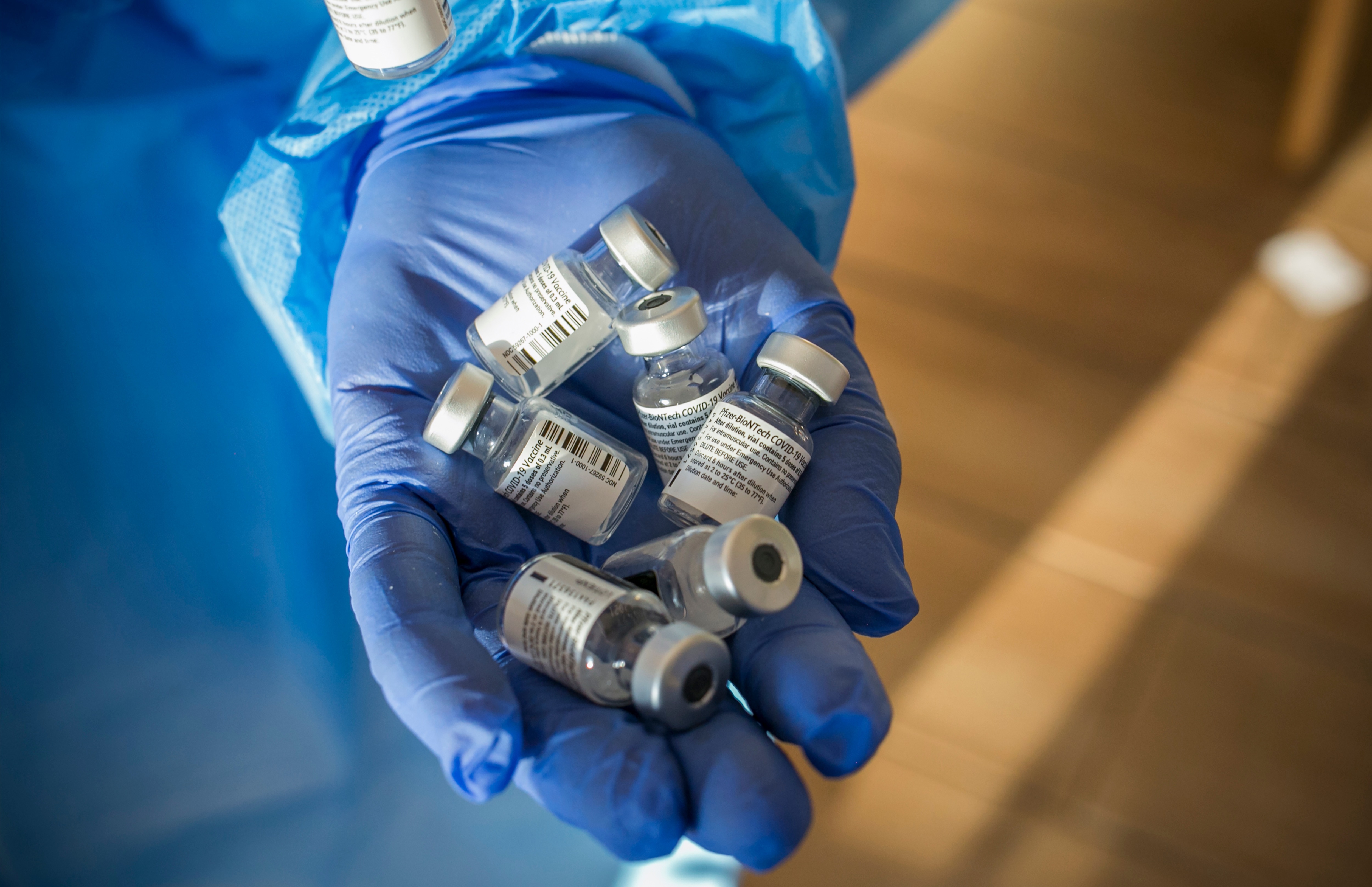 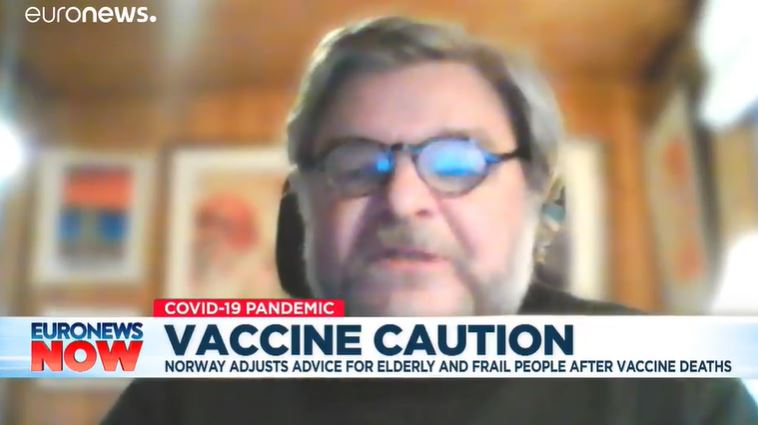 Steinar Madsen, medical director of Norwegian Medicines Agency, said they are ‘not alarmed’ at the deaths Credit: Euronews

Earlier this week, the Norwegian Institute of Public Health said that any side effects of the vaccine will be outweighed by a reduced risk of becoming seriously ill with Covid for elderly people.

Health officials have not expressed concern about the deaths but instead plan to adjust their guidance on who should receive the vaccine.

The new advice is to allow doctors to make a judgement whether to vaccinate their most frail patients.

Sigurd Hortemo, the chief physician at the Norwegian Medicines Agency, said that common reactions to the vaccine, like nausea and fever, “may have contributed to a fatal outcome in some frail patients.”

More than 30,000 people in Norway have received the first jab of the Pfizer or Moderna coronavirus vaccine, according to figures.

And officials have said that they are “not alarmed” by the deaths which may be related to the vaccine.

Steinar Madsen, medical director of Norwegian Medicines Agency, told Norwegian broadcaster NRK: “We are not alarmed by this.

“It is quite clear that these vaccines have very little risk, with a small exception for the frailest patients.

“Doctors must now carefully consider who should be vaccinated.

“Those who are very frail and at the very end of life can be vaccinated after an individual assessment.”

The agency noted that clinical trials of the Pfizer/BioNTech vaccine “did not include patients with unstable or acute illness – and included few participants over 85 years of age.”

The agency added in a statement: “We cannot rule out that adverse reactions to the vaccine occurring within the first days following vaccination (such as fever and nausea) may contribute to more serious course and fatal outcome in patients with severe underlying disease.”

Besides those who died, nine other people had serious side effects – including allergic reactions, strong discomfort and severe fever.

Seven patients had less serious side effects, including severe pain at the injection site.

In total, more than 57,000 cases and 500 coronavirus-related deaths have been reported in Norway.

And health officials noted that around 400 people die each week in the nursing home population.

A spokesperson for Pfizer said: “Norwegian authorities have prioritised the immunisation of residents in nursing homes, most of whom are very elderly with underlying medical conditions and some which are terminally ill.

“The Norwegian Medicine Agency confirms the number of incidents so far is not alarming, and in line with expectations.

“All reported deaths will be thoroughly evaluated by [the agency] to determine if these incidents are related to the vaccine.

“The Norwegian government will also consider adjusting their vaccination instructions to take the patients’ health into more consideration.”

Meanwhile in Britain, more than 32million over-50s could be vaccinated by the end of March under new Government plans to ramp up the jab roll-out, it has been reported.

The Government is said to be preparing to more than double the pace of the current programme next week to up to half a million jabs a day.

Ministers believe they will be able to hit Boris Johnson’s target of vaccinating the 15million most vulnerable by February 15.

And Israel has unveiled initial data from its remarkable Covid vaccine rollout campaign showing Pfizer’s jab cuts infection rates in half two weeks after the first of the twin doses is given.

With 1.9 million Israelis given their first vaccine injection in the past four weeks, there are hopes that skyrocketing Covid rates could be reversed, with an end to the pandemic in sight.

The 24/7 rollout has included military aid and squeezing extra doses from each vial of vaccine to maximise the campaign.

Public health officials have offered a glimmer of hope to the rest of the world, with the reassuring results of its speedy vaccine rollout.