RIYAD Mahrez’s Covidiot wife has now flouted coronavirus mask rules in Sainsbury’s after picking up a fine for breaching lockdown at a London party.

Rita Johal, 28, was filmed telling cops “the one per cent is controlling us” after a bash she attended at a London flat was raided on Friday night. 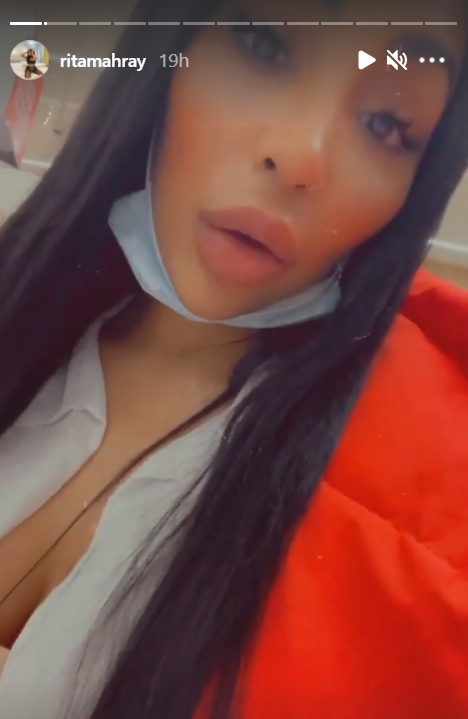 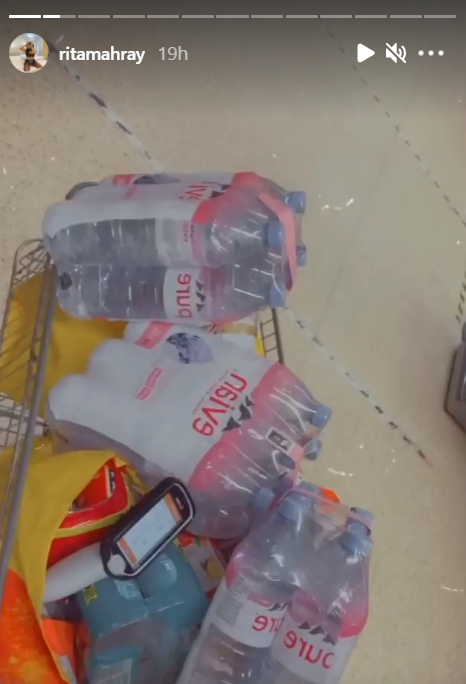 She told her 500,000 Instagram followers she was shopping for her dad

She later claimed she had been “fined for being too hot” in videos uploaded to her 500,000 Instagram followers.

And she has now filmed herself shopping in Sainsbury’s with her mask around her chin as she speaks to the camera.

Since July, anyone entering a shop must cover their nose and mouth, unless they are medically exempt.

Supermarkets including Tesco, Aldi, Morrisons and Sainsbury’s, said they will ban customers who don’t have a face mask.

What a good daughter I am, right?

But Rita appeared to ignore the rules when she went shopping for her father yesterday.

She told her followers: “So I’m doing a surprise food shop for my dad.

“I’ve got him all his fruit and vegetables and water. And I hope you guys do the same for your parents.

“I’m just giving awareness and hope that people still look after them, because they’re getting older.

“What a good daughter I am, right?” 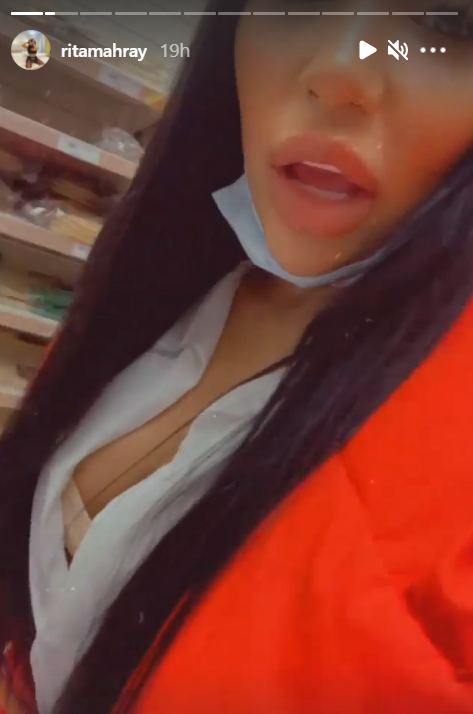 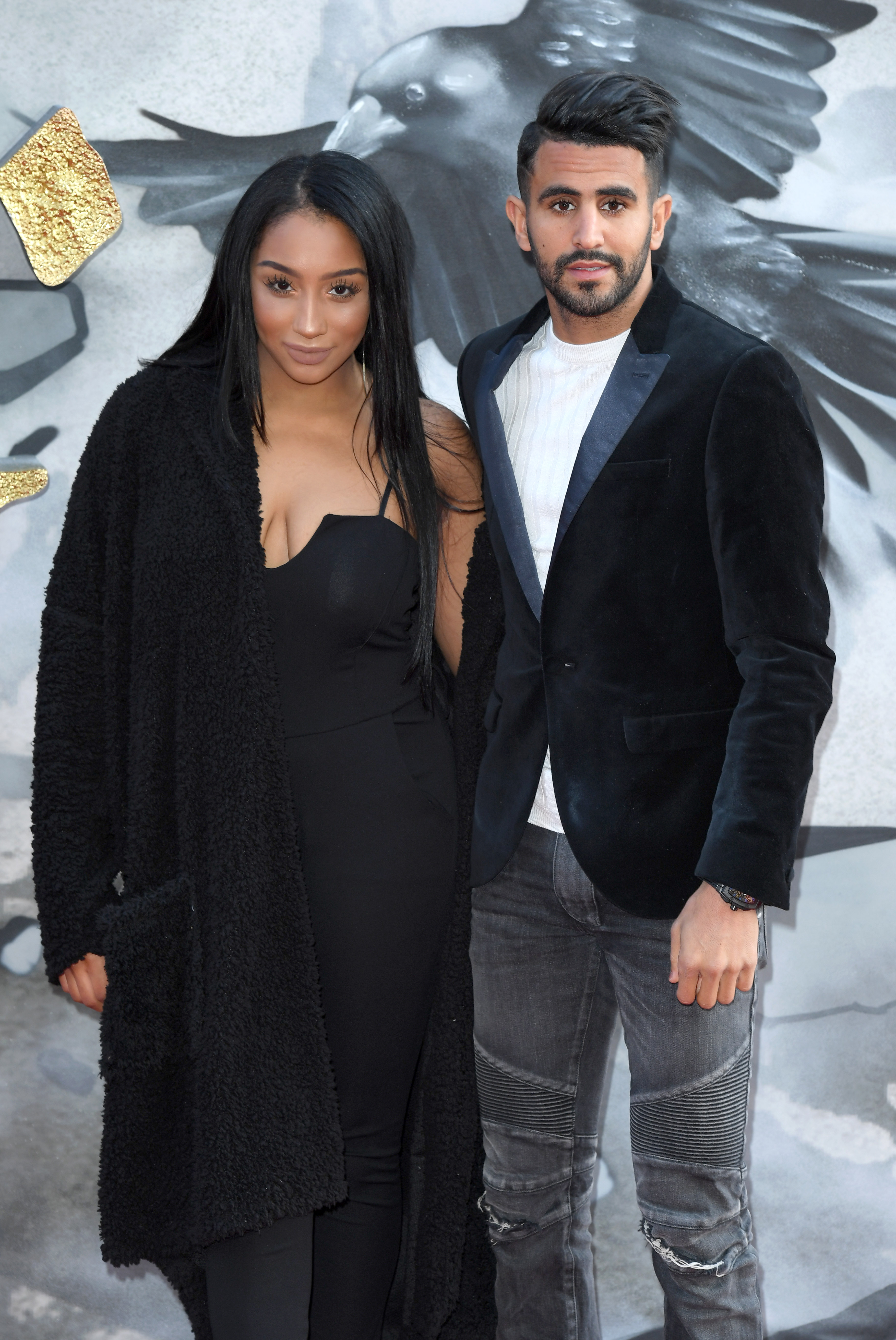 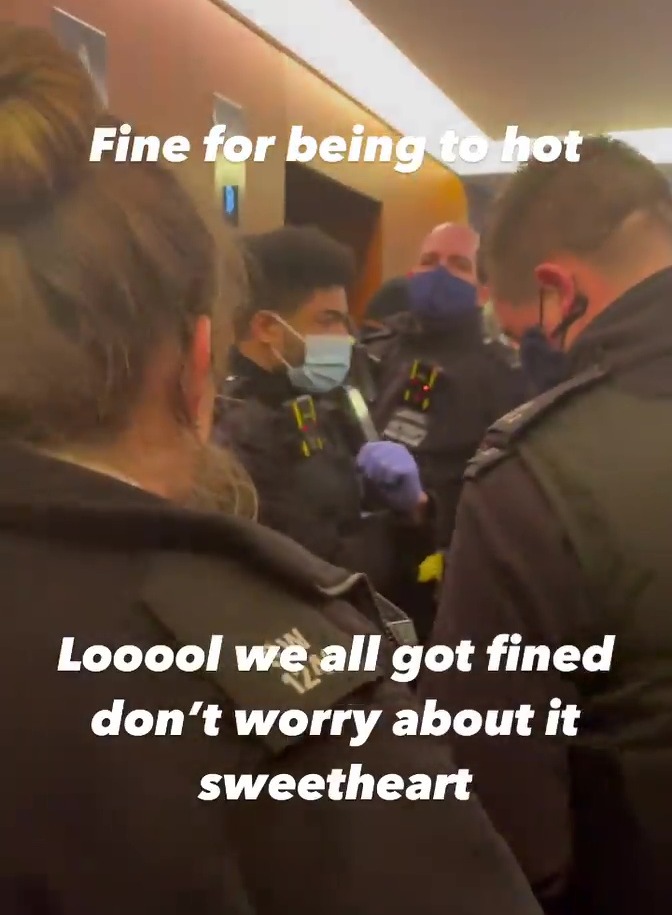 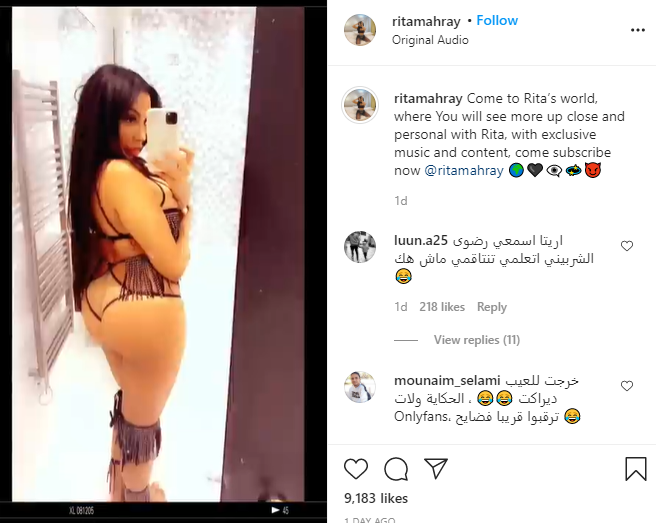 Just hours after The Sun revealed the story, the model started promoting a new account on X-rated site OnlyFans, promising “exclusive content” for £8 a month.

A promo video features her posing for a series of intimate selfies before asking fans to subscribe.

She tells followers: “Swipe up right now to subscribe to my OnlyFans.

“I’ll be posting exclusive content I won’t be posing anywhere else – my music, pictures, videos, all of that exciting stuff.”

Rita, who is estranged from her Manchester City star husband, has made 16 posts on the premium content site, including shots captioned “Lil bit of me” and “Love to try it all”.

Rita was with at least half a dozen people at the property on Friday night in videos she uploaded to her Instagram account.

She captioned the clips: “Fine for being to hot. Loool we all got fined don’t worry about it sweetheart.”

They show at least ten Metropolitan Police officers quizzing the revellers as Rita asks them: “Guys is this what life is? Don’t you guys like to party anymore, guys?”

A female officer can be heard telling her: “Not during lockdown.”

To which Ms Johal responds: “Guys, you can’t be all depressed in this world, we have got to be happy.”

The model continues on a bizarre rant, claiming “the one per cent is controlling us” before shouting: “We are all in this together!”

A cop is then told to give her a fine for the breach.

Last week a man admitted using a bank card belonging to Riyad Mahrez on visits to a casino and a trip to Ibiza. 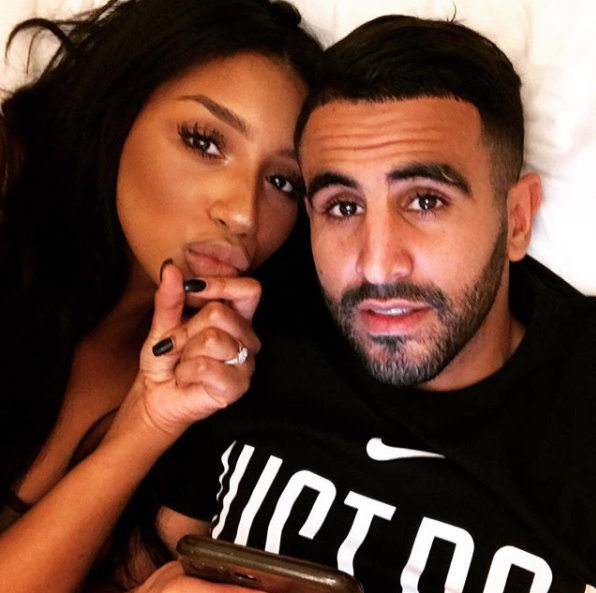 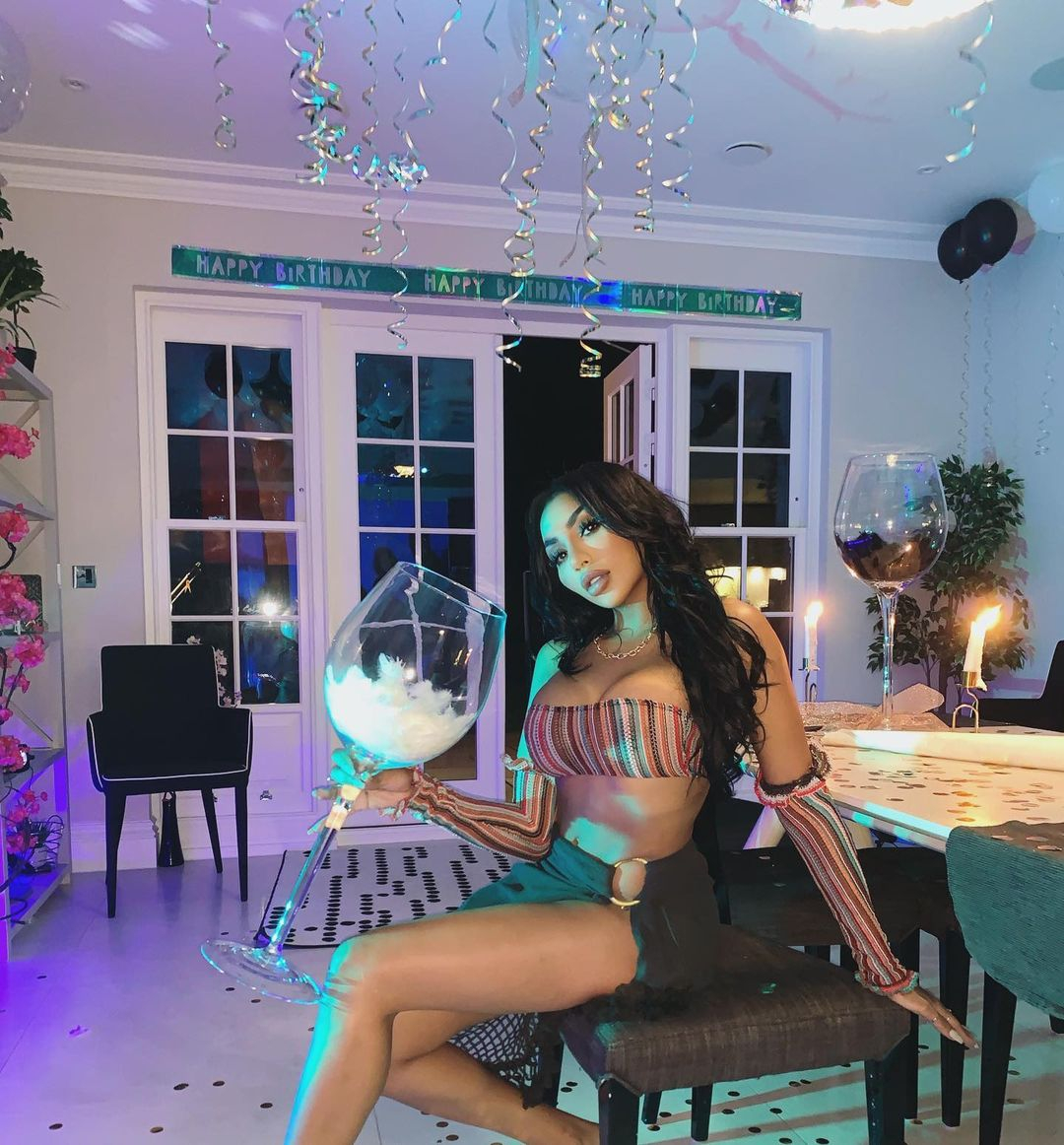 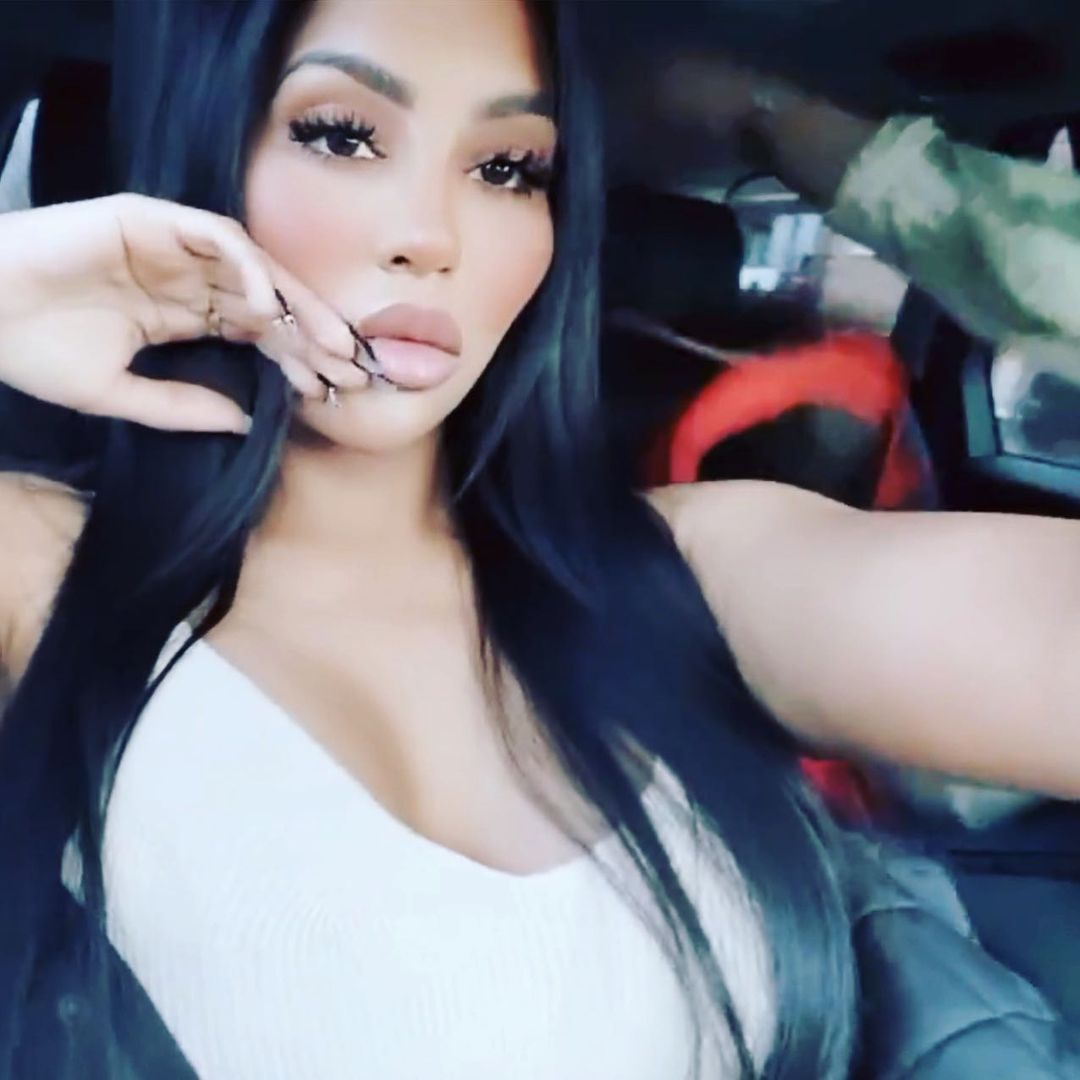 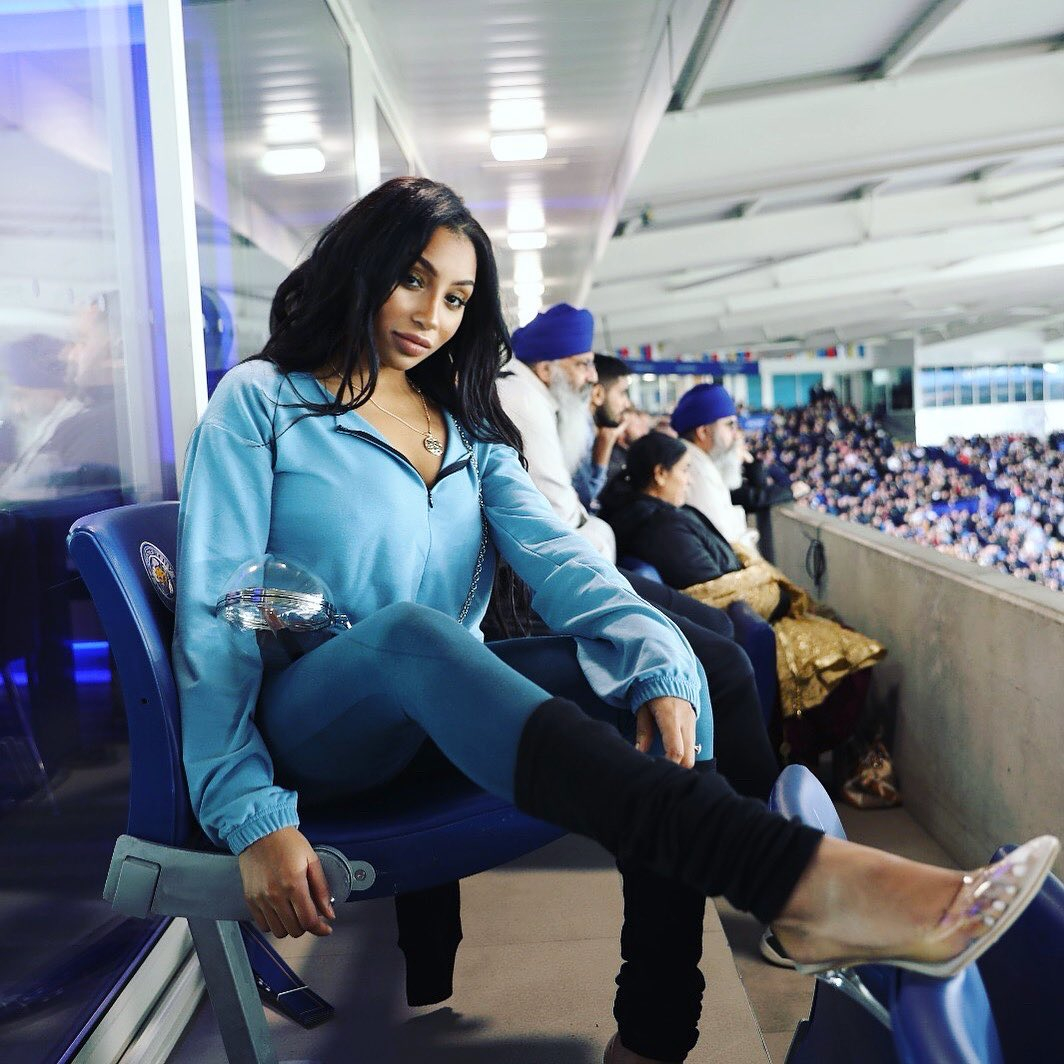 Riyad Mahrez’s wife says she was ‘fined for being too hot’ as she asks lockdown raid cops ‘don’t you like to party?’