ONE in three deaths in England and Wales are due to coronavirus – as the bug is behind the biggest spike in excess fatalities since World War Two.

New figures from the Office for National Statistics (ONS) show that 31.2 per cent of deaths in the five days up to January 2 had Covid on the death certificate – the highest proportion of the second wave. 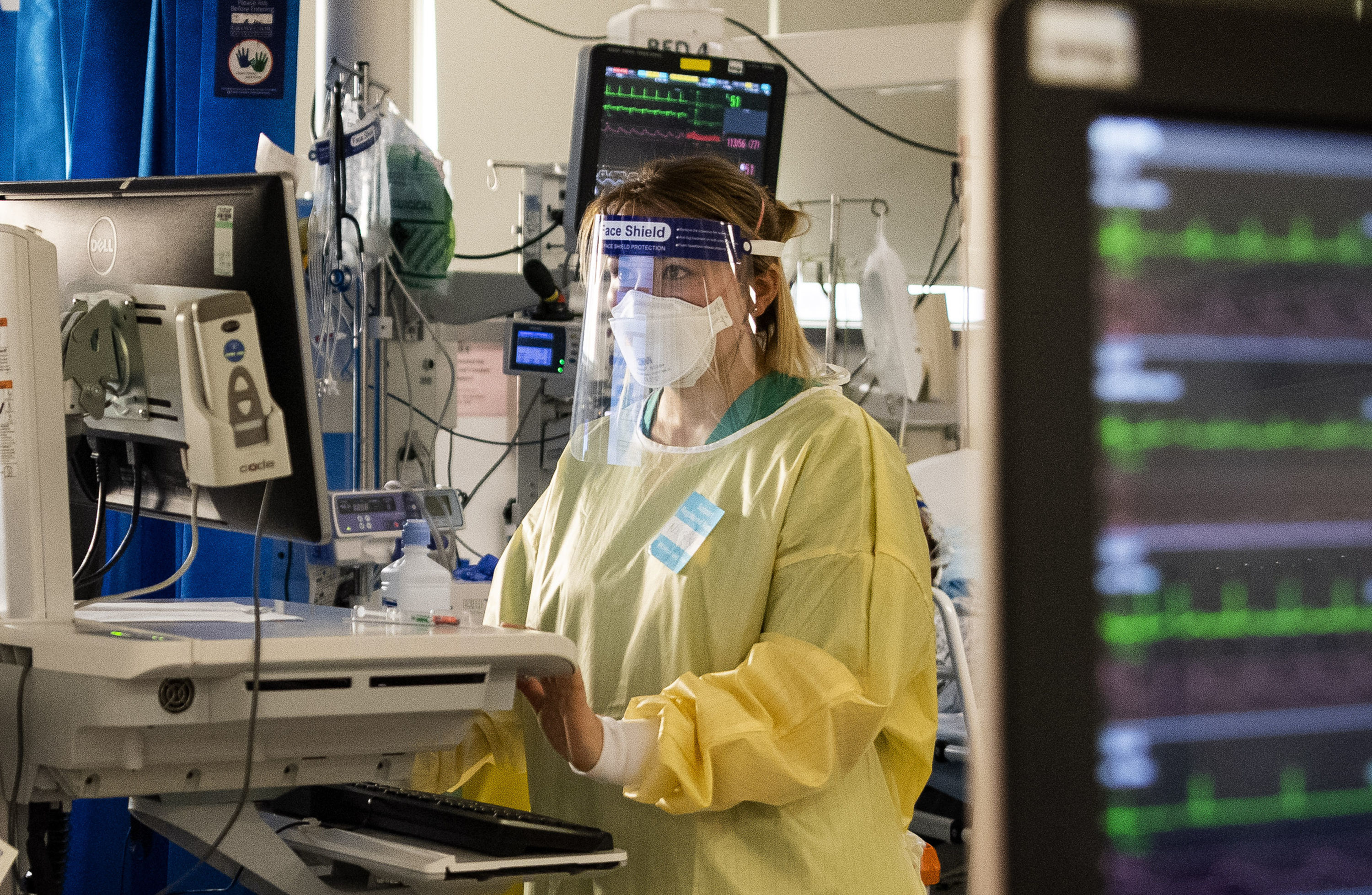 A nurse works on a computer in the ICU (Intensive Care Unit) in St George’s Hospital in Tooting, south-west LondonCredit: PA:Press Association

The ONS figures reveal that deaths from the bug rose by eight per cent this week compared with the previous week, despite the figures only covering five days rather than the full seven days.

Shockingly, Britain’s number of excess deaths, as a proportion of the population, rose by 12.1 per cent last year compared to the past five years, according to an analysis by Sky News.

This is nearly 85,000 more fatalities than would be expected based on the average of the previous five years.

The surge in deaths hasn’t been seen since 1940 when the UK was at war with Germany – with the conflict leading to 590,000 deaths and prompting a 20 per cent jump in the annual death rate.

And 604,000 fatalities recorded in 2020 is also higher than the 600,000 deaths reported in 1918, during which the UK was still embroiled in the First World War and the Spanish Flu epidemic.

It is worth noting that the ONS figures for this year only cover up until November, so do not take into account the number of fatalities recorded over the December period.

When taking age and size of population into account, 2020 saw the worst worst fatality rates since the 2000s.

The recorded deaths in World War Two only applies to civilian fatalities – and does not take into account the huge loss of life during the conflict.

It comes as Covid deaths jumped by 1,243 today on the second deadliest day ever – though cases fell.

Last Friday saw the UK’s deadliest ever day when 1,325 deaths were reported with a record 68,058 cases.

The total number of people who have died from the disease now stands at 83,203 as a mutant strain continues to rampage across the country.

But in a positive step, the government today revealed 2.4million people have been given the Covid vaccine.

Ministers hope that, with a rapid rollout of the jab to vulnerable Brits, lockdown restrictions can be lifted in the Spring as the fatality rate declines.

It comes as Priti Patel blasted the “minority putting the nation at risk” as she addressed the nation tonight.

The Home Secretary issued a stark warning for everyone to play their part and behave responsibly to help push cases down.

Brits were told to all act as if they had Covid and follow the rules to protect the NHS and save lives.

This week ministers are stepping up enforcement, with Met Chief Cressida Dick saying it’s not acceptable for people not to be following the rules anymore.

UK Covid deaths at 1,243 on second deadliest day ever but cases fall as 2.4million given vaccine