WHAT’S classed as a “picnic” these days?

Enid Blyton fans might tell you that it involves a full-on wicker hamper with china plates, real cutlery, lashings of ginger beer, a dog called Timmy and a tartan blanket. 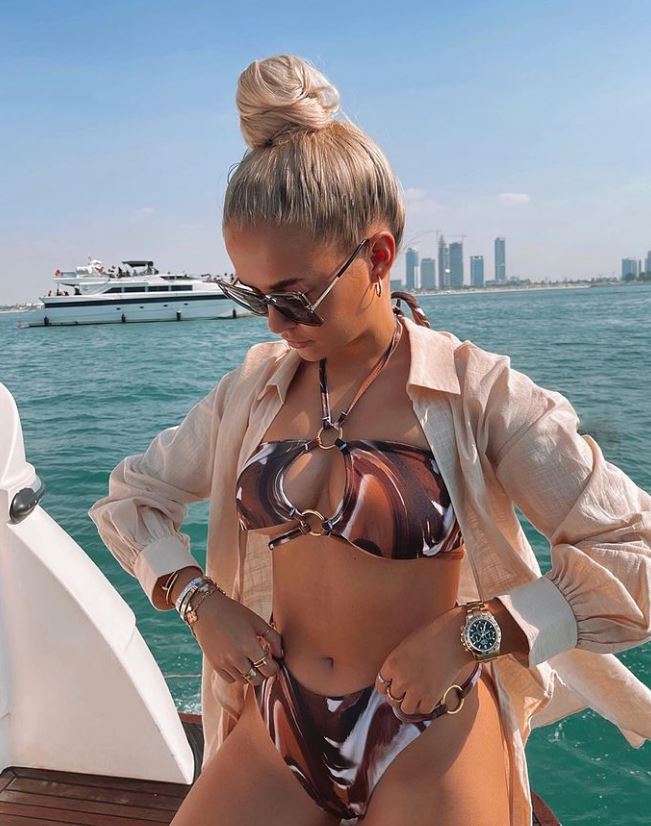 Influencer Molly Mae has been bashed for jetting off to DubaiCredit: Molly Mae/Instagram 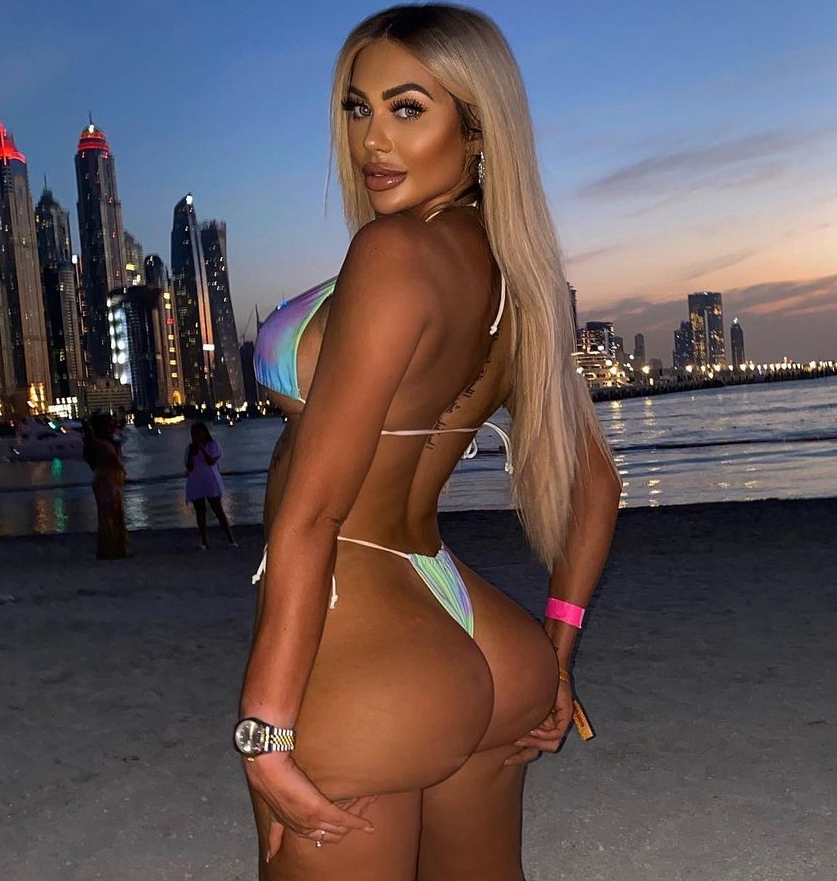 Chloe Ferry was also spotted flaunting it on a beach in the cityCredit: instagram.com/chloegshore1

Others might argue that your anorak chucked on the ground and a couple of sausage rolls from Greggs cuts the mustard.

Either way, I think we can all agree that walking around with a takeaway cuppa is not the stuff that “picnics” are made of.

But try telling that to Derbyshire police who, upon spotting Jessica Allen and Eliza Moore doing just that, gave them both an on-the-spot fine of £200 for driving — separately, I might add — five miles to a beauty spot for “a picnic”.

Though the fines were later withdrawn, this particular force is the very same one accused of “nanny policing” last March when it released drone footage of people walking their dogs in the Peak District, so the latest heavy-handed tactic comes as no surprise.

But on this occasion, it’s hard to blame the over-reaction because the continuing mixed messages coming out of Whitehall has got all of us in a tailspin over what we can or can’t do.

The “essential travel only” edict is being strictly adhered to by the majority of us, but meanwhile, the flightpath in to Heathrow is still going strong and we’re being, ahem, treated to dozens of photos of celebrities lapping up the sunshine in Dubai and the Caribbean.

Meanwhile, yesterday I went on the same dog walk around my local common that I’ve done pretty much every day for the past 12 years.

A friend accompanied me and we maintained two-metres distance.

Halfway round our well-trodden route, we became aware of a police van slowly following us along the pedestrian-only route.

Unnerved, we stood to one side as the officers inside drove past slowly while eyeing us like a gang contemplating a drive-by mugging.

Thankfully, unlike the anti-lockdown activist arrested in Bournemouth on Sunday, we didn’t attempt to sit on a park bench or I might be writing this from my local cells.

And what of the mixed messages surrounding the first and second doses of the Pfizer vaccine?

My mum had her first dose on December 21 and, as planned, was given her second dose on Monday, along with many others.

Yet Sir Geoffrey Boycott popped up on TV yesterday to complain that his second dose had been postponed, and former Commons Speaker Betty Boothroyd has accused the Government of treating the elderly like “guinea pigs” after her follow-up jab was delayed too. 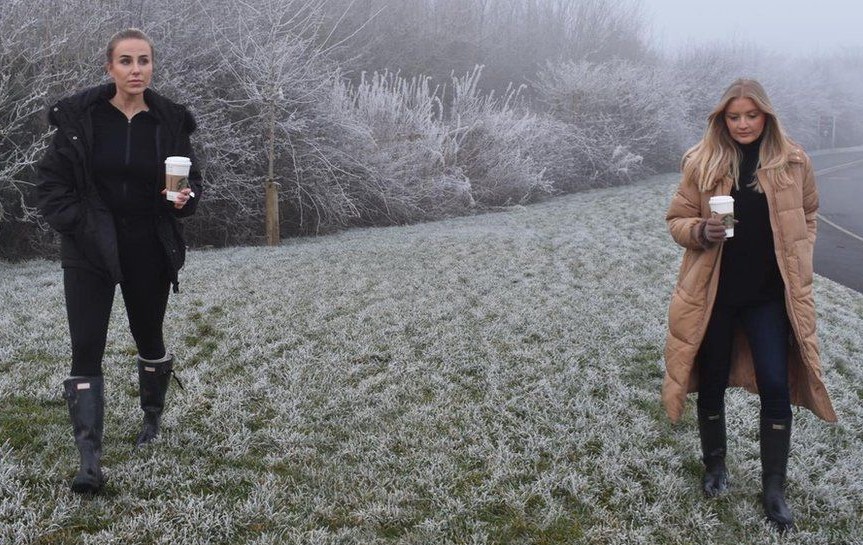 Jessica Allen and Eliza Moore were given on-the-spot fine’s of £200 for driving separately five miles to a beauty spot for ‘a picnic’Credit: EUGENE HENDERSON

So the postponement appears to be a postcode lottery, rather than a coherent, nationwide policy.

This is an unprecedented and complex crisis, but one rule for one and another rule for someone else is where confusion and, ultimately, dissent, arises.

There will always be the irresponsible few who wilfully behave recklessly and deserve the heavy-handed approach, but surely any “breaking of the rules” among the masses has largely been unwitting because they don’t actually know what the exact rules are?

The devil is in the detail and if Chris Whitty et al want us to help beat the virus, we need a coherent, across-the-board policy that proves we really are “all in this together.”

Meanwhile, in Hampshire, an officer has posted on the force’s Facebook page that chasing motorbike thieves is “too dangerous” and, instead, it would be assessed at a later date if the evidence and crime was, “proportionate with further investigation”.

So, memo to Jessica and Eliza: Next time you’re visiting a beauty spot, why not use a couple of stolen motorbikes to get you there instead? 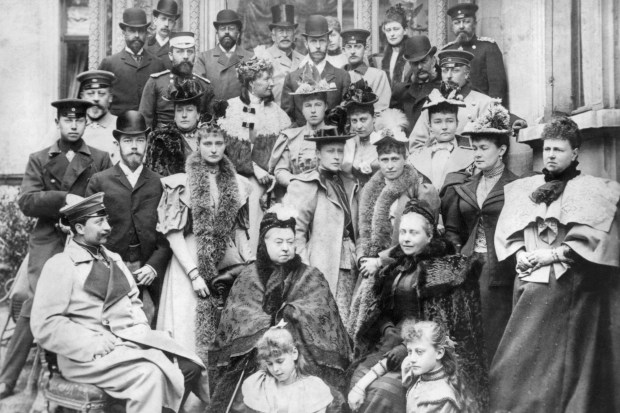 A PHOTOGRAPH of Queen Victoria looking irritated while having to pose with 30 relatives is set to fetch £3,000 at auction.

It’s a reminder that, for every one of us who felt this Christmas was a downer because we couldn’t see our extended family, there were plenty who were breathing a mighty sigh of relief.

IT has been 52 days since British hiker Esther Dingley vanished in the Pyrenees.

Her boyfriend, Dan Colegate, has dismissed suggestions she’s gone missing voluntarily and believes she was snatched. 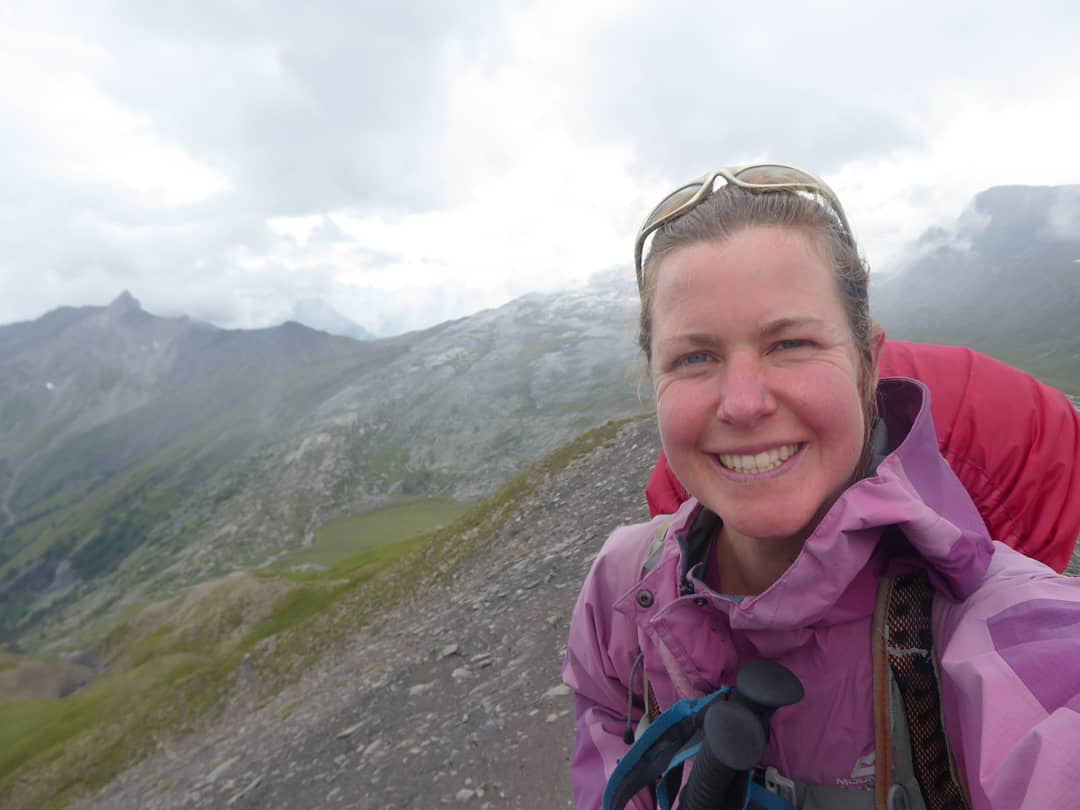 Welcome to a never-ending cycle of grief tinged with that slither of hope that she might one day be found alive.

Just like the McCanns, the parents of chef Claudia Lawrence, who disappeared in 2009, the family of 14-year old Andrew Gosden who, in 2007, took a train from his home in Doncaster to London and hasn’t been seen since, the mother of 16-year old Owen Harding, who vanished just before the first national lockdown, and countless others whose loved ones remain missing with no explanation.

Eventually the headlines cease, the police search peters out and the rest of the world moves on with their lives . . . but these poor souls never can.

My heart goes out to them all.

COSMETIC surgery is reportedly on the increase as people can hide the after-effects of a procedure while “isolating”. 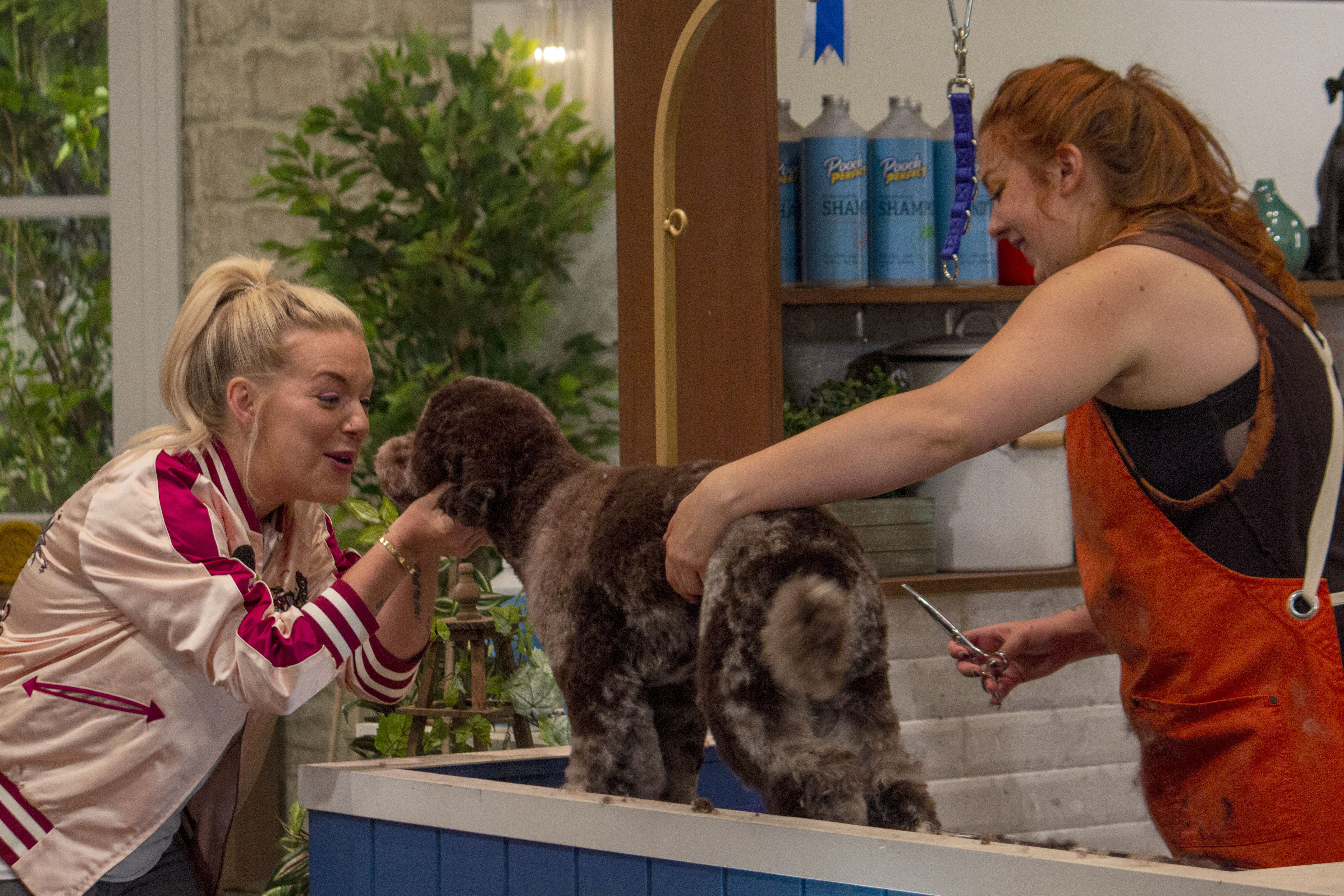 Unsurprisingly, no call- up for our Tibetan terrier Jasper, for whom a wash and trim necessitates the groomers wearing noise-cancelling headphones to muffle the murderous howls he emits throughout.

I don’t know who’s more pleased to see me at the end of it: Him or them. 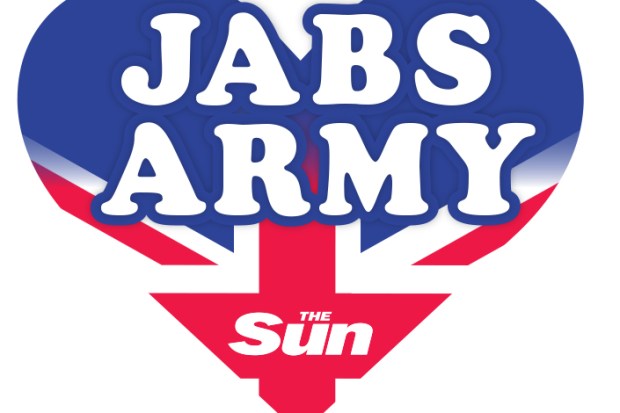 THIS Friday I’m off to help at a mass vaccination centre in London as part of The Sun’s Jabs Army.

The more of us who sign up, the faster we’ll get this crucial vaccination out to those who need it.

And at the same time, it will free up the NHS staff currently doing admin roles to return to their all-important usual jobs.

TV PRESENTER Julia Bradbury says she was “ridiculously loud and enthusiastic” when starting out her career “and that came across as arrogance”.

She adds: “I misjudged the situation.” 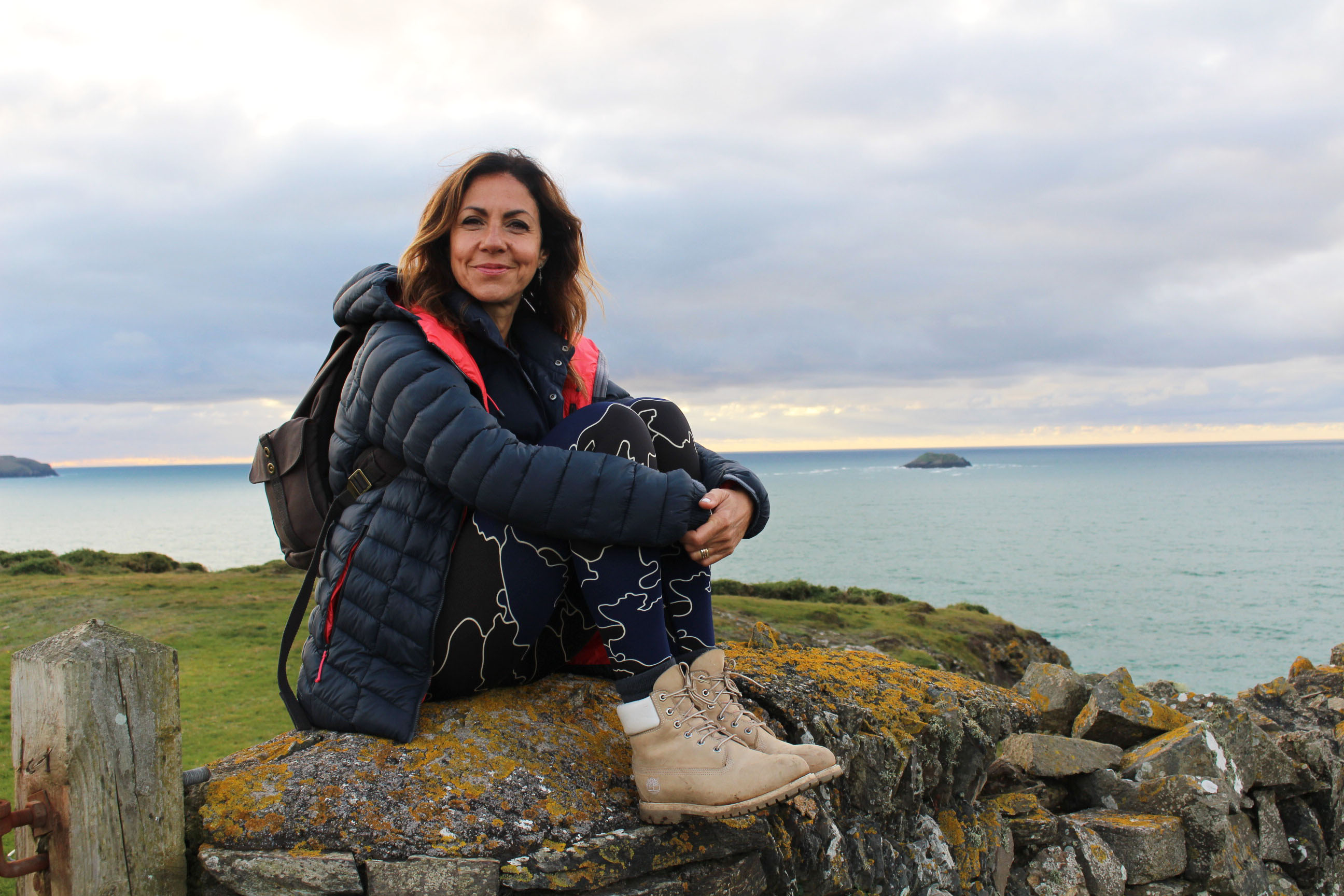 “I remember thinking, ‘God, should I be smaller? Should I be quieter?’,” she says, adding that she’s been labelled “aggressive” too. 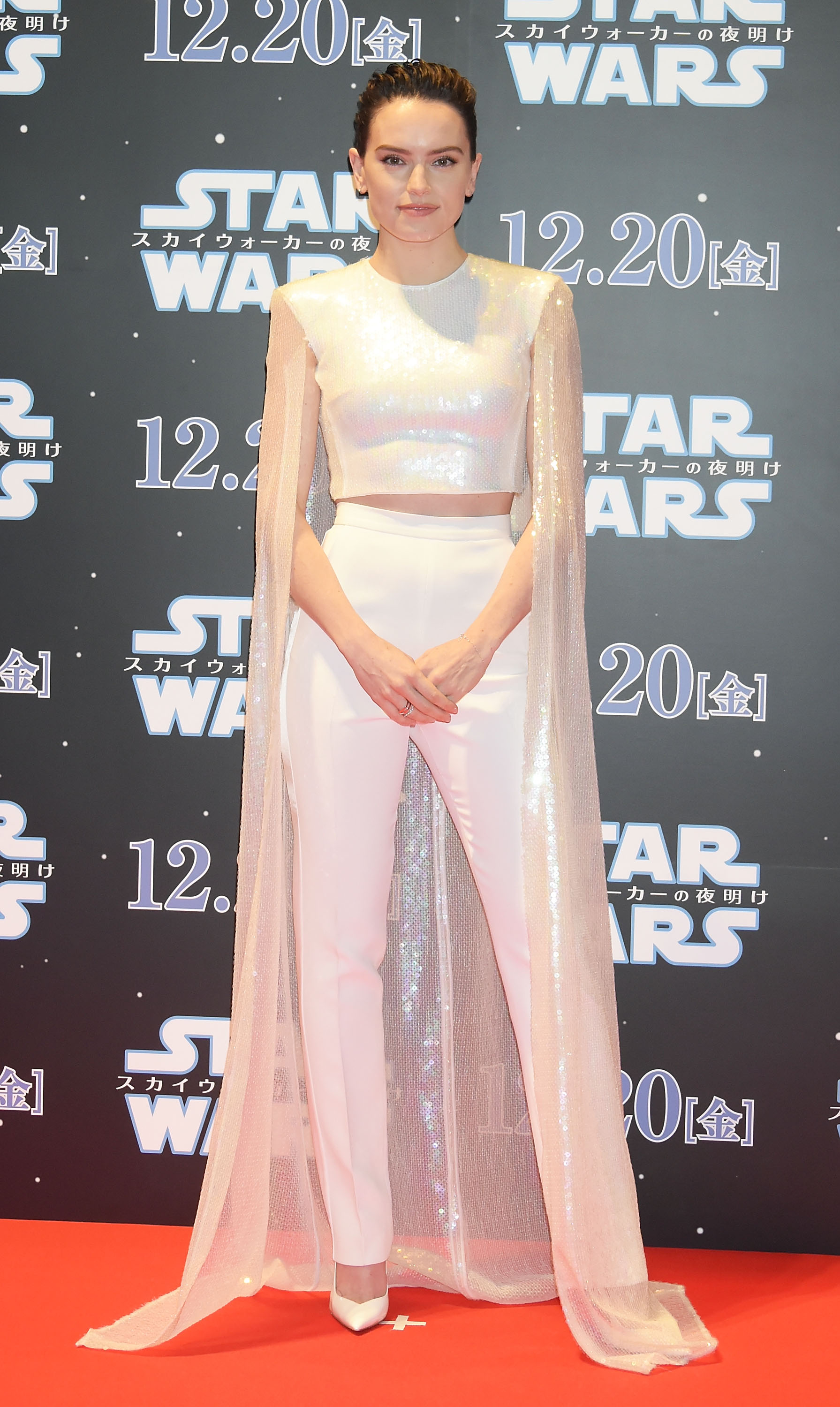 “You have that horrible sinking feeling of, ‘God, do I not come across the way I think I do?’.”

Ladies, take it from me: You’re both fabulous and if others have misjudged you then that’s their problem, not yours.

Meanwhile, men rarely feel the need to have these conversations with themselves, do they?

Sounds to me like they need a good lawyer.

THE online trend of posing next to a classic painting that looks like you is enjoying a resurgence among those actually allowed to visit galleries.

My mood during this lockdown makes me a dead ringer for Edvard Munch’s The Scream. 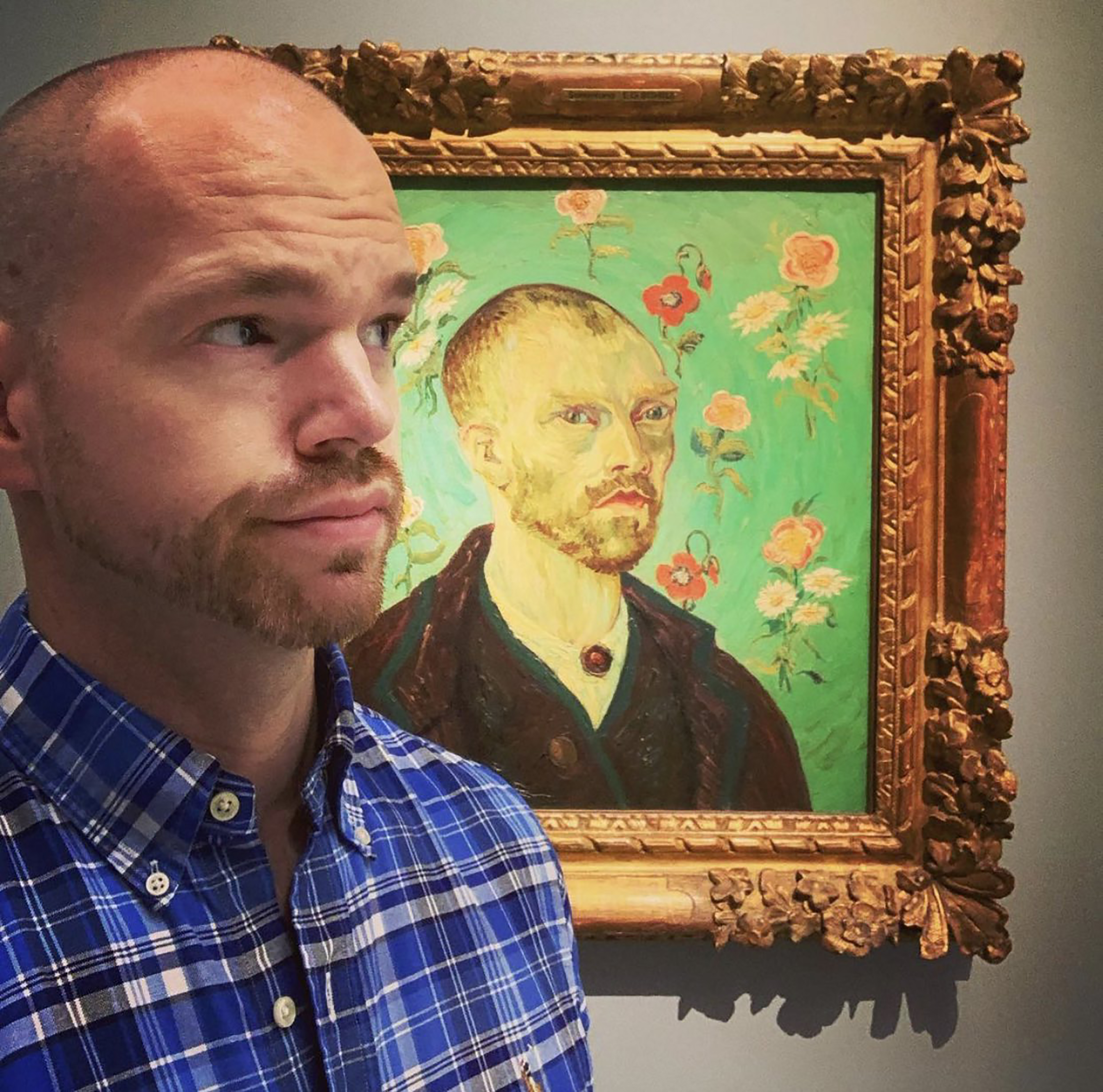 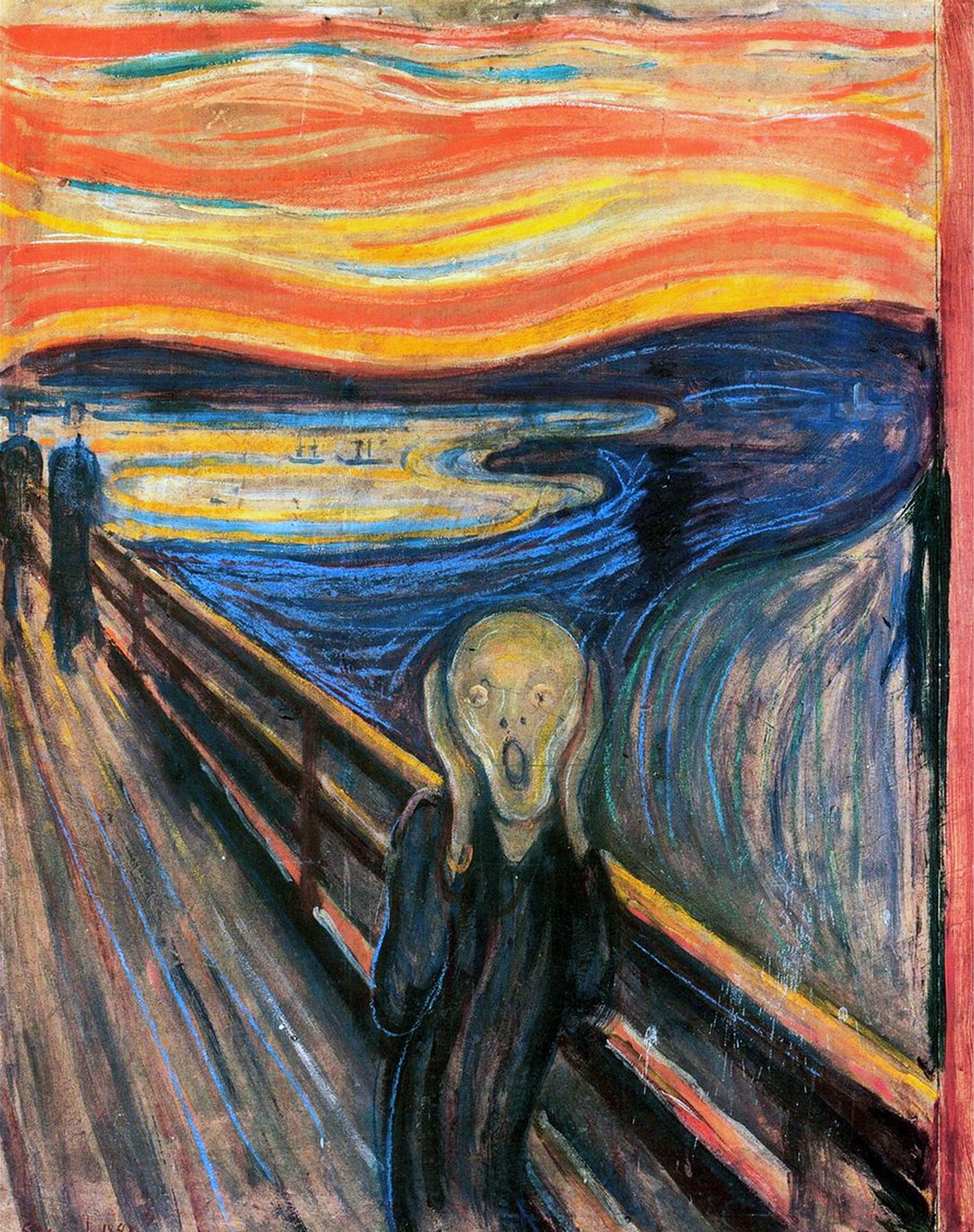 My mood during this lockdown makes me a dead ringer for Edvard Munch’s iconic painting — The ScreamCredit: Getty – Contributor

Right now, my own mother would struggle to tell us apart.