A HEARTBROKEN daughter fears her stranded war hero dad won’t be able to return home after he was struck down with a brain tumour overseas.

John Moseley, 69, found out he was terminally ill and was given just months to live after he suddenly collapsed in Cyprus – 2,000 miles away from his family in Birmingham, West Midlands. 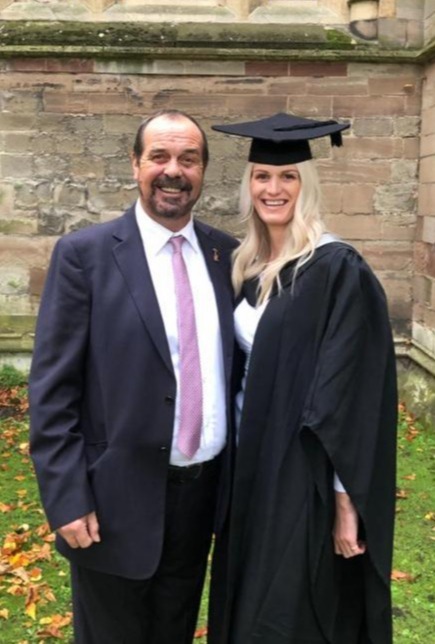 John Moseley, 69, with his daughter Harley, who is desperate to bring him back to England for treatment 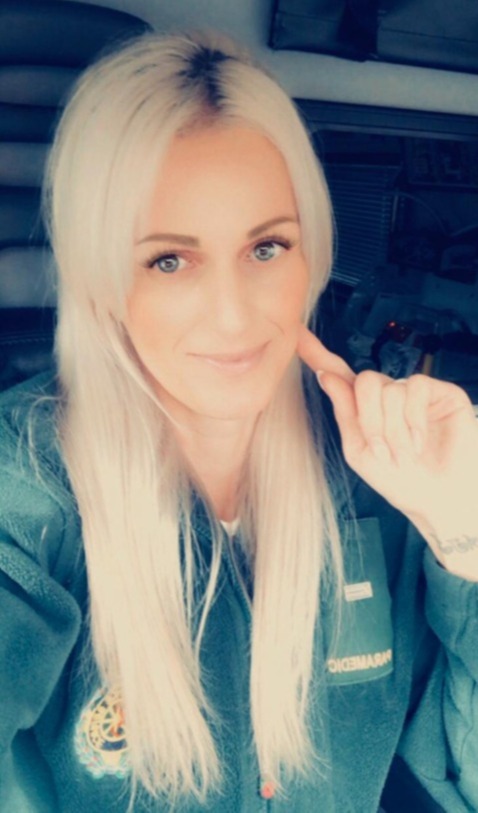 His daughter Harley, who is also ex-Armed Forces and now works as a paramedic, said she is desperate to fly her dad home to get the treatment he deserves.

Mr Moseley was given just months to live after doctors discovered he had secondary cancer – despite him showing no symptoms and being “fit and well.”

Speaking to The Sun Online, Harley said: “On Wednesday, totally out of the blue, he started to feel unwell.

“In the evening, he collapsed. I thought he had a stroke because he lost the use of both his legs and his arms and he couldn’t get up off the floor.”

Her mum Ann, who lives with John in Cyprus, called an ambulance and he was rushed to hospital.

And after a series of miscommunications with Cypriot doctors, Harley was told that her dad had not suffered a stroke – but he in fact had a brain tumour.

The 69-year-old was tragically given 18 months to live despite showing no signs of being unwell before he collapsed on February 3.

And since the first diagnosis, doctors now believe he has secondary cancer – with the tumour thought to have spread to his lungs.

John, originally from Birmingham, served in the British Army for 27 years before moving to Cyprus 15 years ago with his wife.

But despite not living in England, the 69-year-old light infantry veteran adores his family – and spent the first national lockdown with Harley in Birmingham. 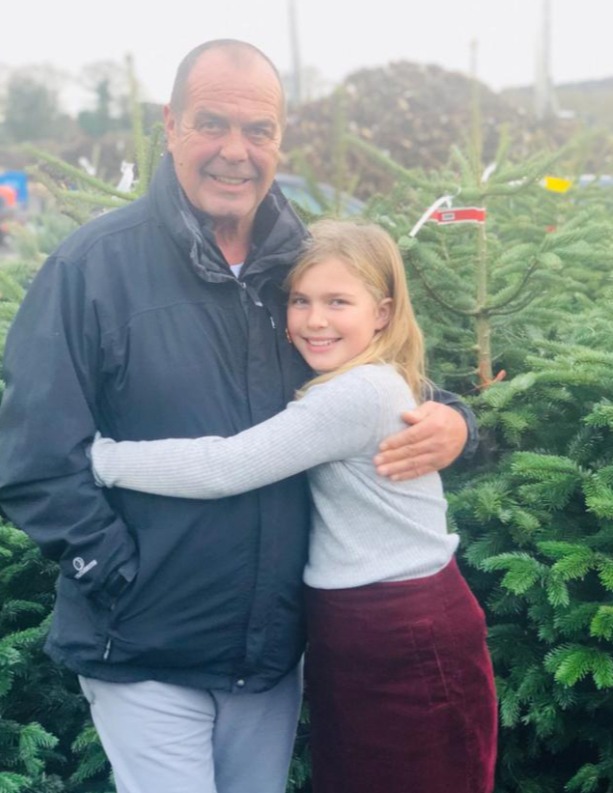 John, 69, with his beloved granddaughter Ashlee, who he helped to raise 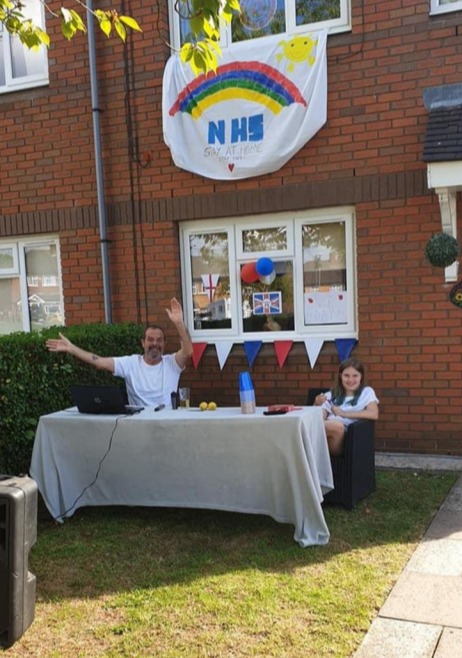 Described as the ‘life of the party,’ John even helped set up the street’s VE day celebrations last summer 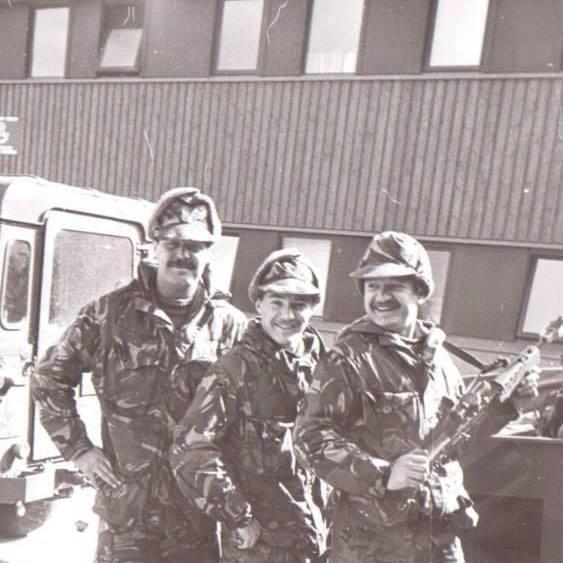 Mr Moseley even stepped in as a father figure and brought up his beloved granddaughter Ashlee, now 12, for the first year of her life.

And the war hero also inspired Harley to pursue a career in the military and as a paramedic.

Harley added: “My dad has always been there to help me with everything.

“When I had my daughter, I had really bad post-natal depression and my dad actually brought my daughter up for the first year of her life.

“My dad is not just a granddad, he’s also a dad to my daughter.

“He was the one who told me to be a paramedic. He is the absolute life of the party, and everyone who meets him loves him.”

Harley said the ordeal is “frustrating” as she is forced to watch her dad suffer so far away from home – with Covid travel restrictions and expensive flights getting in the way.

She added: “It’s frustrating, especially because I’m a paramedic.

“I go out and help people every day, but I can’t help my own dad.”

During the lockdown last March, the fit-and-healthy veteran showed no signs of a growing illness – and even helped organise his street party for VE Day.

Harley added: “He’s been fit and well. He came over here in February for a few weeks but ended up getting stuck here at the beginning of the lockdown for quite some time.

“He was laying flooring in my house and doing the gardening.

“When we had a street party for VE Day, he even set up music in our front garden. He was in the military for 27 years so he loves all that type of stuff.”

Now the family are trying to raise funds to get John back to England so he can be around his loved ones as he fights for his life.

Ms Moseley said: “We want him home to have the proper medical treatment he deserves and to feel safe and to help him like he has many others.

“My dad has given so much laughter and joy to others over the years, and we miss him dearly.

“We will have to fly him home so he can continue his treatment at home, close to family and friends to give him the quality of life he truly deserves as an amazing grandad, father, and friend to all that know him.”

Because of the coronavirus pandemic, the Cypriot authorities publicly advised against all but essential travel to the UK from Cyprus from December 21, 2020.

And Britain is now in Cyprus’ Category C – meaning that visitors from the UK are not permitted to travel to Cyprus, leaving Harley’s family in limbo.

After speaking with British and Cypriot embassies, Harley said that flying over to help her dad isn’t as straightforward as it would be in normal times.

Left with very few options, she added: “I’m trying to raise some funds for a flight to get him back home.

“When he comes back, he’s got nowhere to live so he will have to live with me.”

You can help bring John Moseley home and donate to Harley’s fundraiser here. 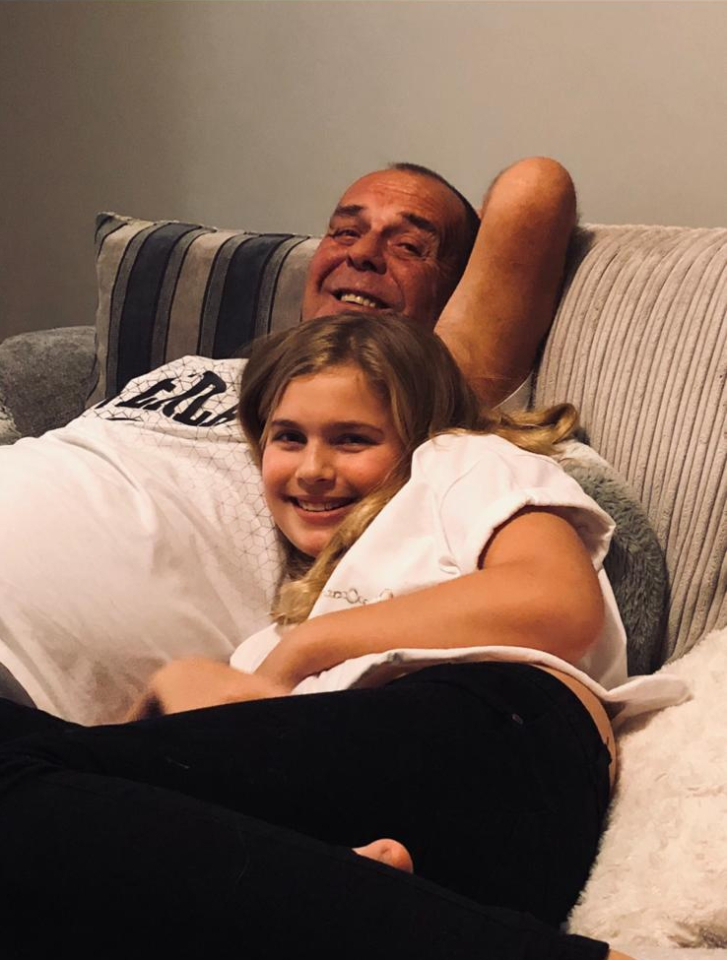 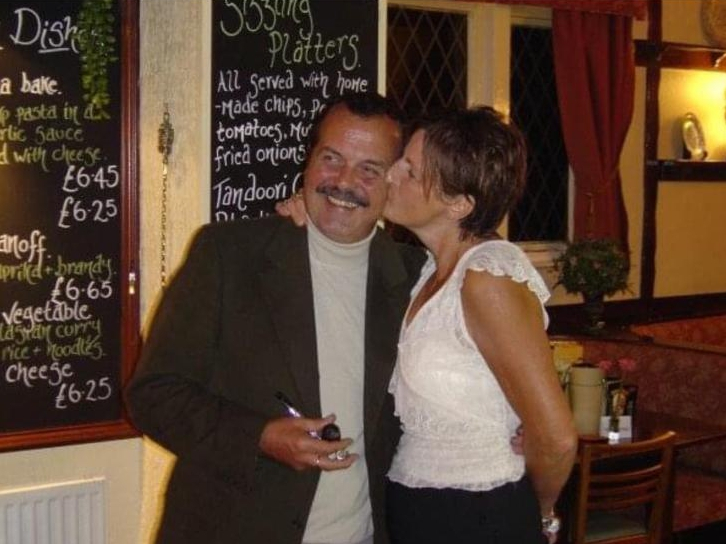 John and his wife Ann Moseley 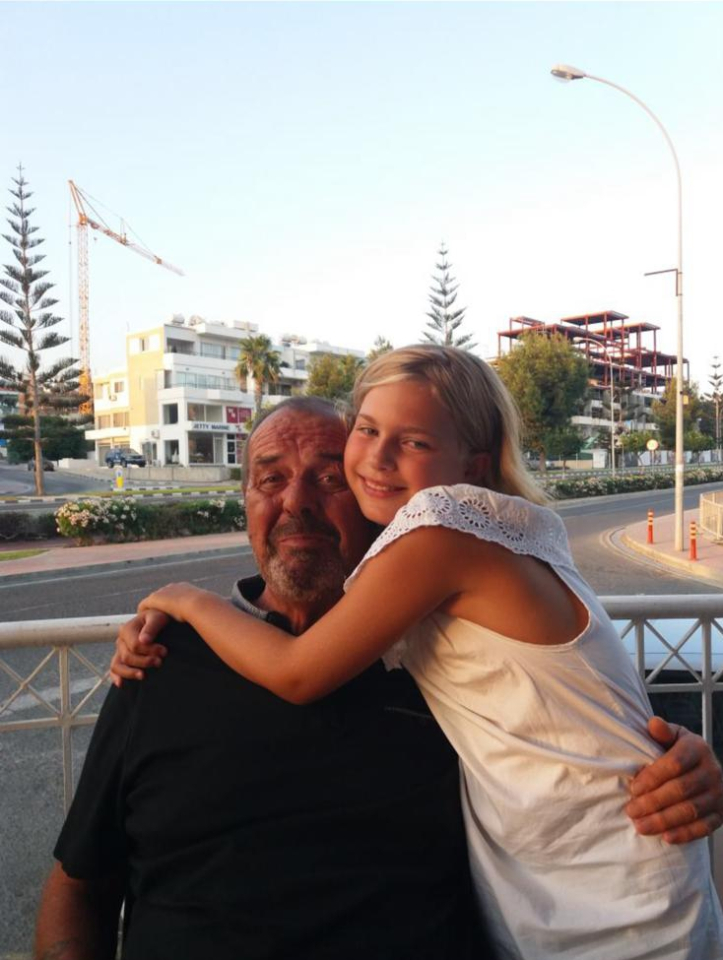