CHANCELLOR Rishi Sunak is expected to extend the furlough scheme and business rate relief into summer in next month’s Budget.

The Government’s coronavirus support programmes are due to end in April but Mr Sunak will push the deadline back, reports the Financial Times. 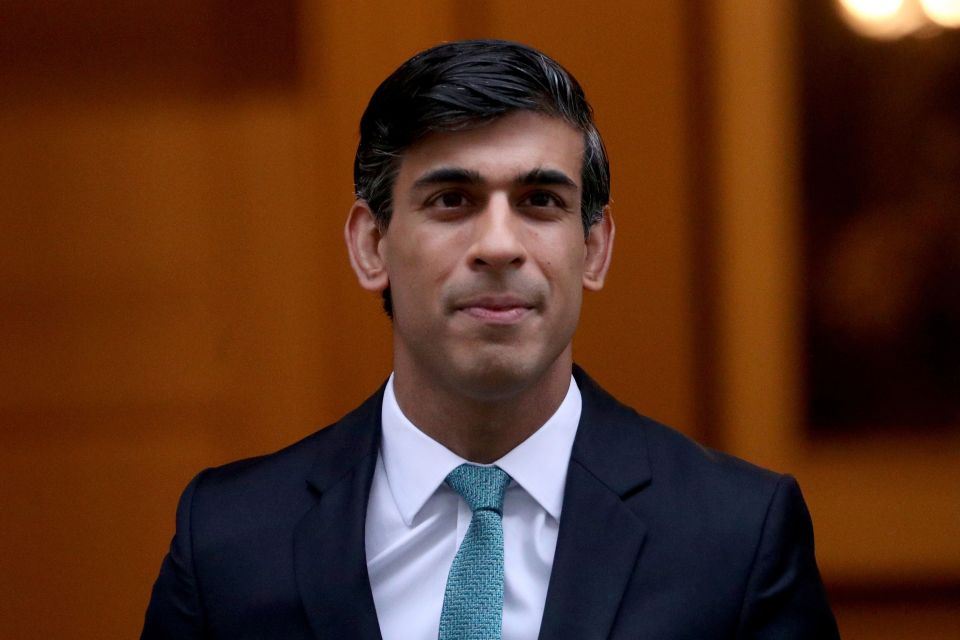 The Coronavirus Jobs Retention Scheme – dubbed furlough – has been supporting employees unable to work, for example because their place of work has been forced to close or they are isolating.

The Government will pay 80% of wages, up to £2,500 a month, for furloughed workers, until April 30, but it is now expected to be phased out from autumn.

However, some job support is set to stay in place even after it comes to an end.

It will be a relief for employers and staff who are unsure exactly when their businesses will be allowed to welcome back customers again. 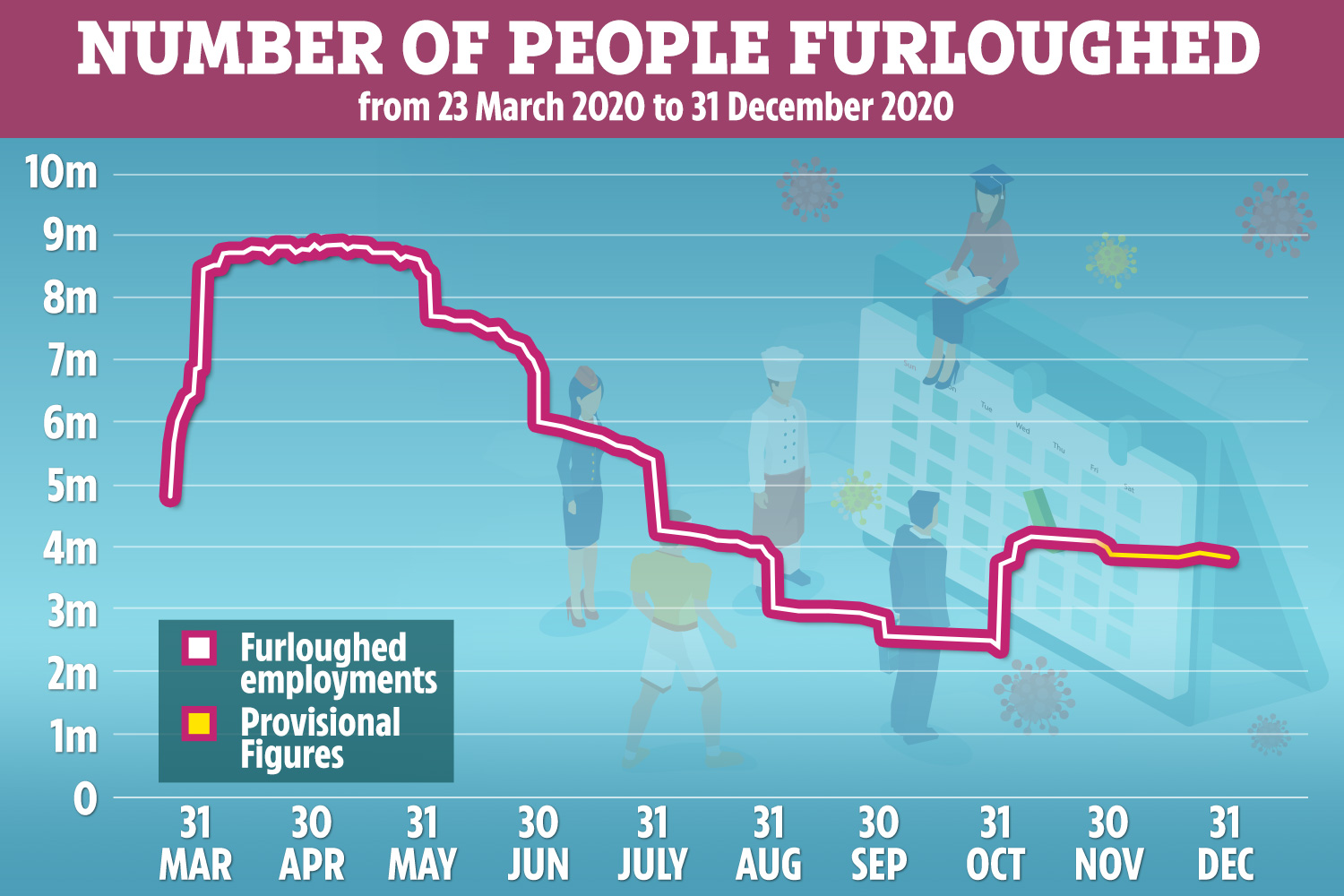 Graph showing how many people have been furloughed since March 2020

Can I be made redundant if I’m on furlough?

EVEN though furlough is designed to keep workers employed, unfortunately it doesn’t protect you from being made redundant.

But it doesn’t affect your redundancy pay rights if you are let go from your job amid the coronavirus crisis.

Your employer should still carry out a fair redundancy process.

You will be entitled to be consulted on the redundancy lay-off first and to receive a statutory redundancy payment, as long as you’ve been working somewhere for at least two years.

If you’re made redundant after your company has gone into administration you can claim redundancy pay via Gov.uk.

Shops, pubs, restaurants and hairdressers are hoping the Prime Minister will shed some light on when they can open again when he unveils his road map on Monday.

The year long business rate relief is aimed at helping retailers that have been unable to open due to restrictions or are struggling to make ends meet, particularly in the hospitality and leisure industry.

In September, industry bosses warned that thousands of pubs will shut for good if the business rate relief isn’t extended.

Instead of scrapping the scheme at the end of March as planned, Mr Sunak is reportedly considering an online sales tax in autumn as part of his review into business rates.

It’s hoped the tax will raise an initial £2billion to help plug the gap in the country’s finances and see shoppers return to the high street when stores are permitted to reopen.

But critics have warned the tax, which is touted to be around 2%, would push up prices for online shoppers.

The review is expected to be pushed back until autumn. It will be the fourth time it has been delayed this year.

The FT reports he will also extend the £20 a week Universal Credit uplift for another six months.

The Chancellor is expected to announced the changes in the Budget on March 3, but will schedule in another Budget in November.

He will reconsider the nation’s finances then, when the impact of the coronavirus crisis on the economy is hopefully eased.

Tax hikes are also believed to be on the cards as Mr Sunak desperately looks for ways to raise cash to fill the UK’s budget deficit, which is predicted to hit £394billion this financial year.

But these are not likely to be announced until the autumn as household finances continue to be hit by the current lockdowns.

John Webber head of business rates at Colliers said: “It’s all very well for the Chancellor to say he is postponing the report to the autumn to allow him to make decisions when the economic uncertainty caused by the coronavirus pandemic has receded.

“But that really is shutting the stable door when the horse has bolted. High business rates is one of the key factors that has helped decimate our high street and the current system is skewed against the retail and hospitality sectors.”

A Treasury spokesperson said: “We’ve already extended our furlough scheme through to April so that people have certainty that help is in place.

“We will continue to invest in protecting and creating jobs through the remainder of the pandemic and through the recovery, and we will set out further details via the next stage of our Plan for Jobs at the upcoming Budget.”

Lidl, Pets and Home and B&M are among the retailers that repaid businesses rates relief worth billions of pounds to the Government.

It followed moves by Asda, Aldi, Sainsbury’s and Morrisons which said they’ll hand back a collective £1.15billion saved from the Government’s business rates holiday.

Confused about the furlough scheme? Here are 15 things you need to know including how much you should be paid and what happens when it ends.

Rishi Sunak announces that the UK economy shrank by 9.9% under coronavirus lockdown