RUSSIA has started vaccinations with its unproven Sputnik V jab as state workers revealed they were being treated as “human guinea pigs”.

Vladimir Putin‘s health officials have opened up some 70 Covid vaccination centres in Moscow which will offer the jab to health, education and social workers. 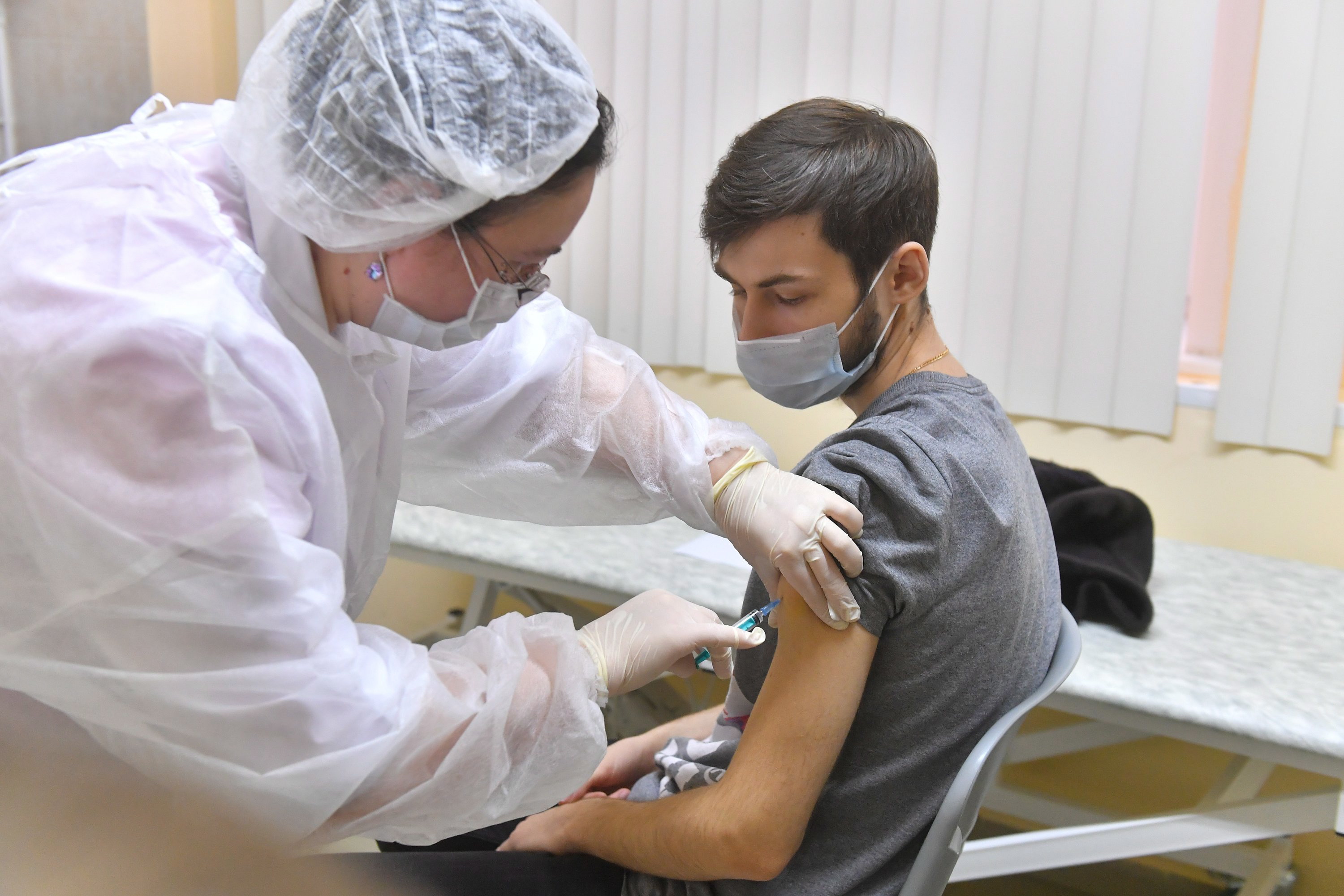 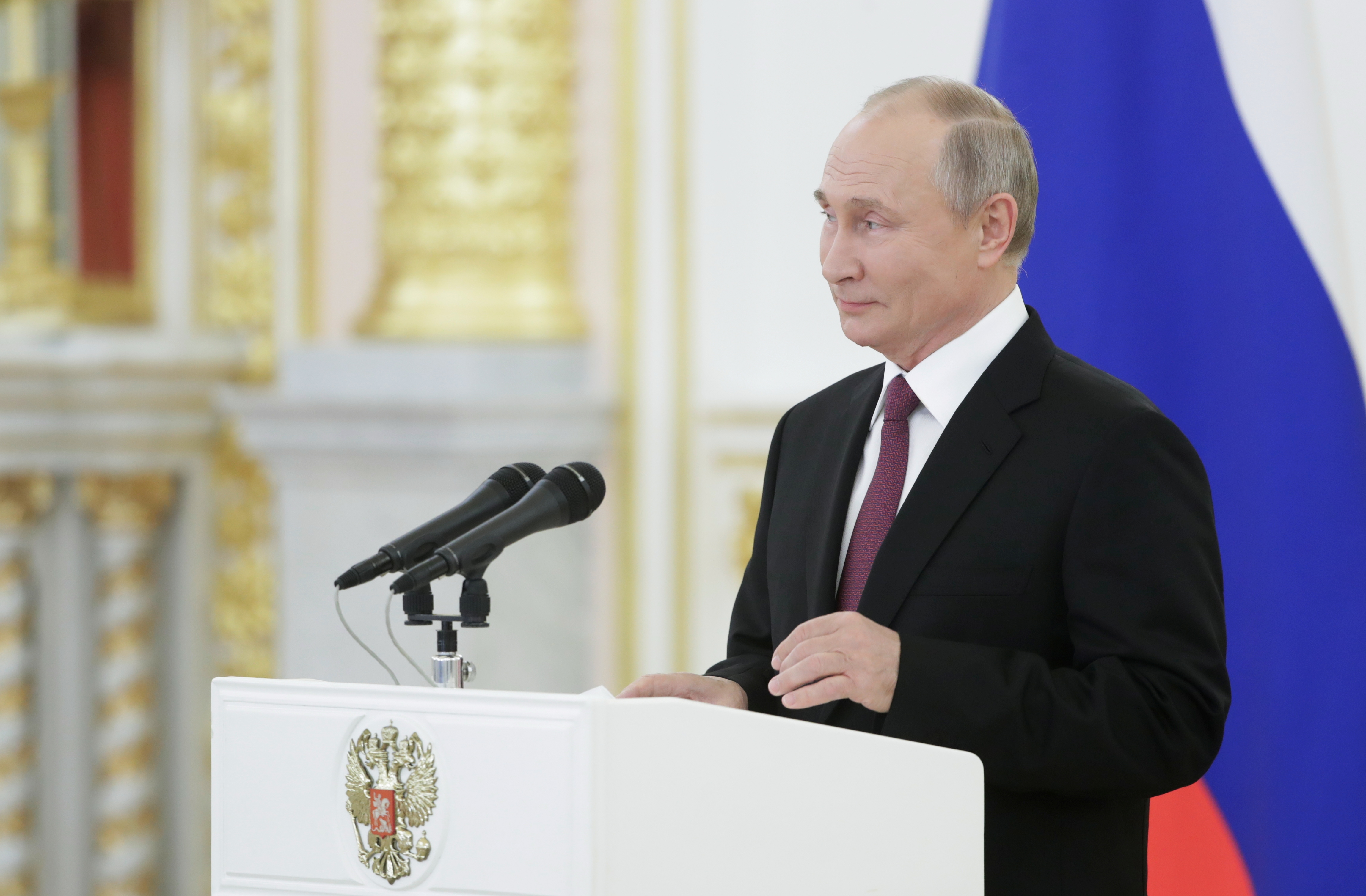 Vladimir Putin has himself not yet taken the vaccine as its ‘uncertified’ despite insisting it is safeCredit: Reuters

Russia was one of the first countries to announce a vaccine, which was named after the Soviet Union’s satellite which became the first manmade object in space.

It was announced before beginning its final clinical trials – and it remains uncertified while in its third stage of testing involving some 40,000 volunteers.

Sputnik V‘s developers have promised the preliminary results have shown the vaccine is 95 per cent effective and boasted it is cheaper and easier to store than its rivals.

And Putin’s scientists have continually tried to keep pace with their rivals, punch-for-punch matching the percentage effectiveness of the next best vaccine.

The mass vaccination rollout began as Russia set a new daily record for coronavirus infections – with 28,782 thousand new cases, bringing the total of 2,431,721.

Russia has the fourth highest caseload in the world, behind only the US, India and Brazil.

Putin has insisted the vaccine has “passed all checks”.

But the president has not taken the the jab as he admitted he isn’t allowed to take a vaccine that is “uncertified”.

Russian state employees have also revealed pressure from the top to sign up for the vaccine – being accused of “sabotage” if they didn’t join the trials.

“I don’t want to be a guinea pig”, one worker told Reuters, who said her employer compelled her to attend the vaccine tests. 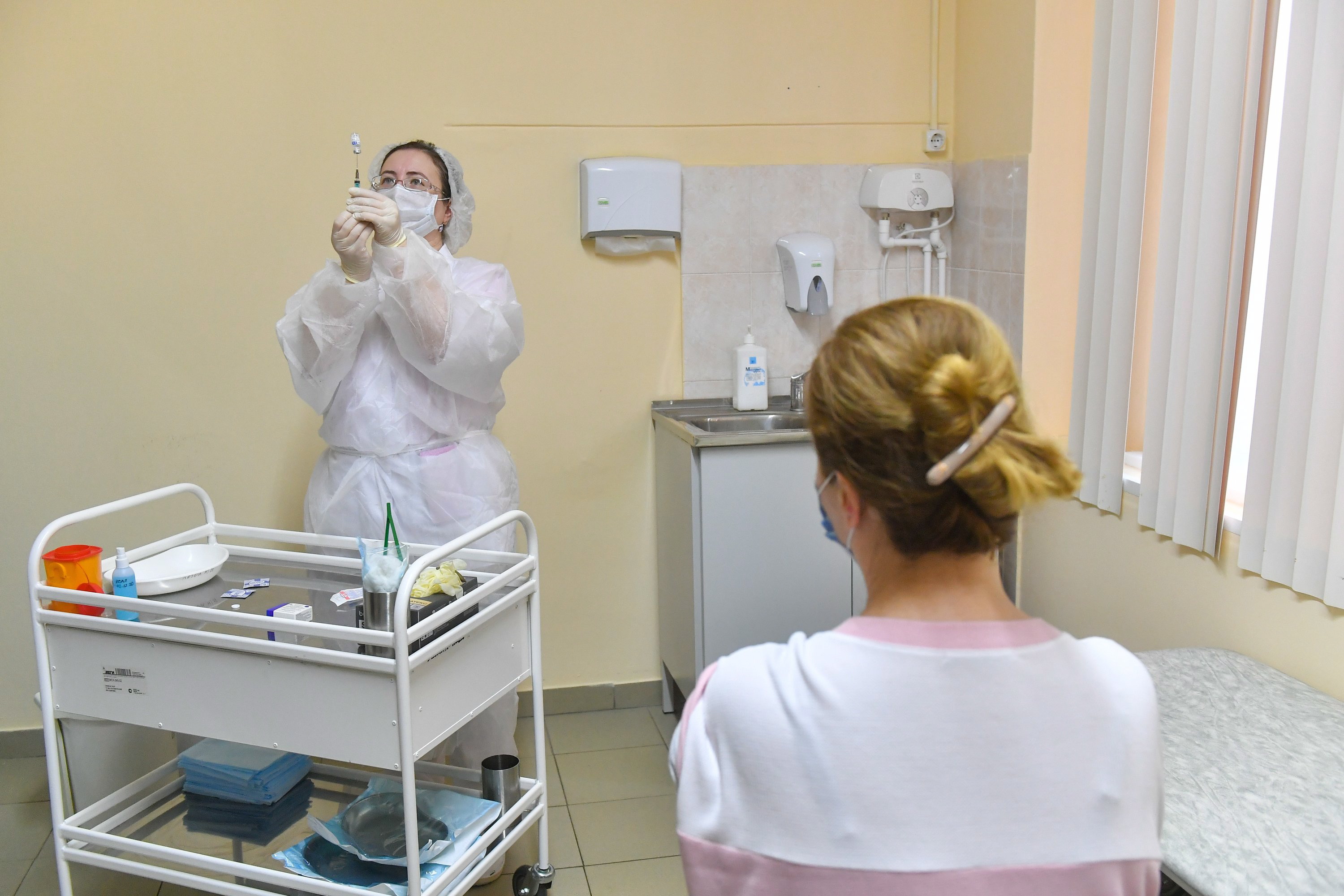 Russian state workers had compared themselves to guinea pigs in the trials Credit: EPA 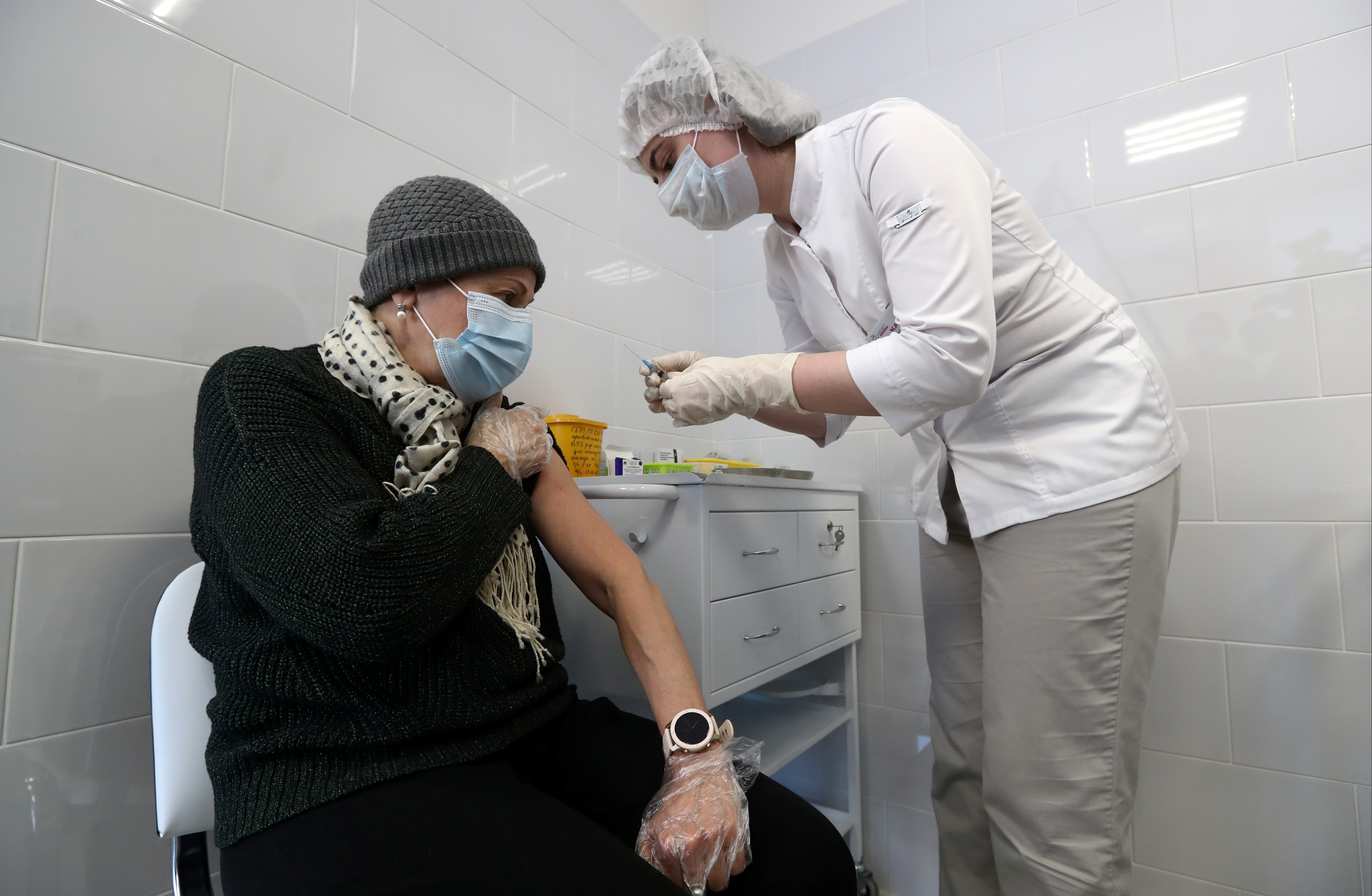 Health, education and social workers will be the first to get Sputnik VCredit: Getty Images – Getty

Those who joined the trials had to sign off on a 16-page document which agreed participation is voluntary, unpaid, and “it is impossible to exclude the possibility of the development of an unexpected undesired effect”.

An emergency services worker added: “They herded us in here. It’s impossible to say no, you just can’t.”

“If you refuse to get vaccinated, you could be suspended from work. There is a legislative basis for this,” another worker said.

Reuters news agency also revealed text message from Moscow official Sergei Martyanov who angrily wrote “what is this sabotage???” after hearing his staff were turning down the vaccine.

Martyanov raged: “Who are you trying to trick??? The coronavirus vaccine is the absolute priority!!!”

He also instructed the workers to recruit at least two other people to join the trials – with experts warning this apparent pressure could violate medical ethical norms.

Alexei Kuznetsov, an aide at the health ministry, which oversees the Gamaleya Institute where Sputnik V is being developed, insisted the vaccine trials only included volunteers.

Russia’s jab is administered in two doses with a 21-day gap and will be free to all Russian citizens.

Health officials said that during the initial rollout the jab will not be available to workers over 60, those with chronic diseases, and pregnant or breastfeeding women

They did not say when the vaccine would be available to the wider public.

Moscow Mayor Sergei Sobyanin said that 5,000 people had registered to be vaccinated within the first five hours of online registration having opened.

Russia has not imposed the kind of nationwide lockdowns seen in some parts of Europe despite its surging case figures.

Putin’s government had pinned their hopes on the vaccine, gleefully announcing its unveiling way back in August – prompting a top doctor to quit over “gross violations” of medical ethics.

However, Russia’s Levada polling agency in a recent survey found that only 36 percent of respondents were prepared to to take the unproven Sputnik V. 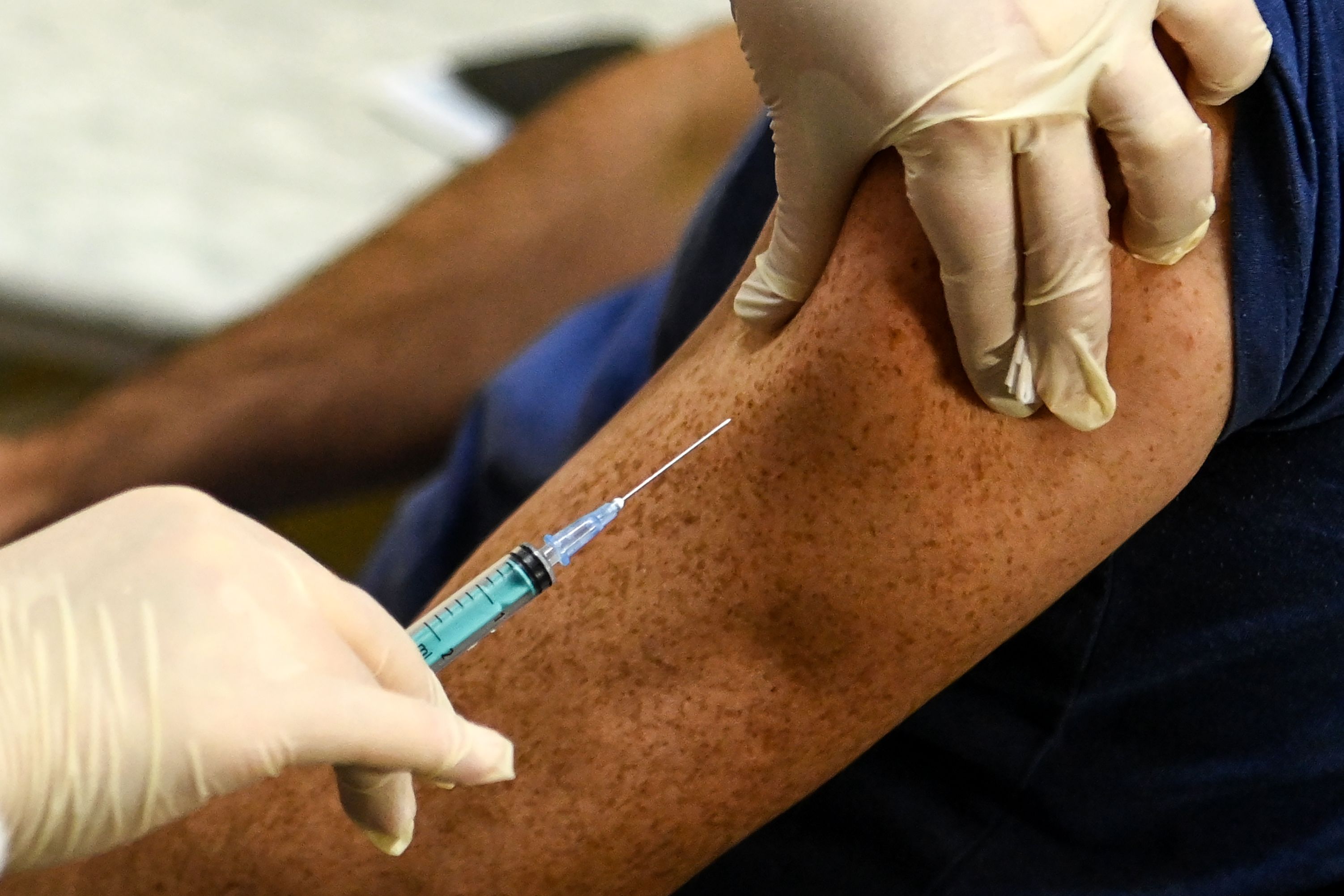 Western experts have been sceptical of Putin’s jabCredit: AFP or licensors 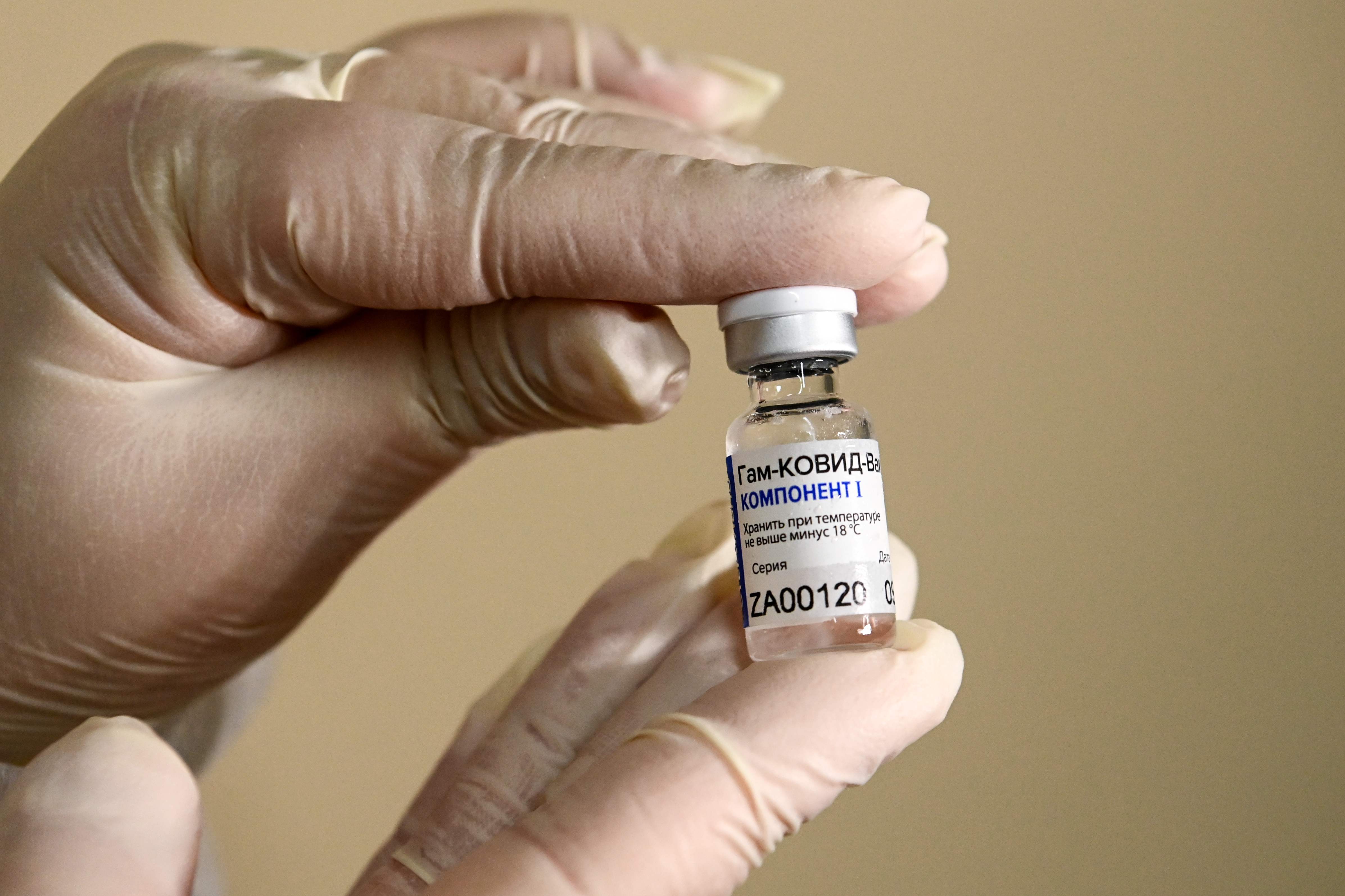 Sputnik V was one of the world’s first Covid vaccinesCredit: AFP or licensors

Russia has boasted it will be producing “millions” of vaccines per month by 2021 – and orders have already been placed to countries such as India and Israel.

Putin’s defence ministry also announced a mass vaccination campaign has been rolled out in the military – aiming to vaccinate 80,000 soldiers by the end of 2020.

And in a presentation to the UN, health minister Mikhail Murashko said Russia has already vaccinated more than 100,000 high-risk people.

However, last month it was reported three frontline medics tested positive for Covid despite having been given Sputnik V.

It comes as the first coronavirus vaccine from the from Pfizer’s manufacturing plant in Puurs, Belgium, arrived in the UK this week.

In total 53 NHS trusts are standing by to roll out the Pfizer Covid jab from next week, as early as Monday.

They have been chosen because they have super-cold freezers that are able to store the vaccines at -70C.

The trusts will act as “hubs” which will offer the jabs to people in their area in order of priority, as well helping with co-ordinating distribution.