THE UK could face a much longer lockdown with fears easing restrictions in February would be a “disaster”, even with the roll-out of the Covid vaccine. 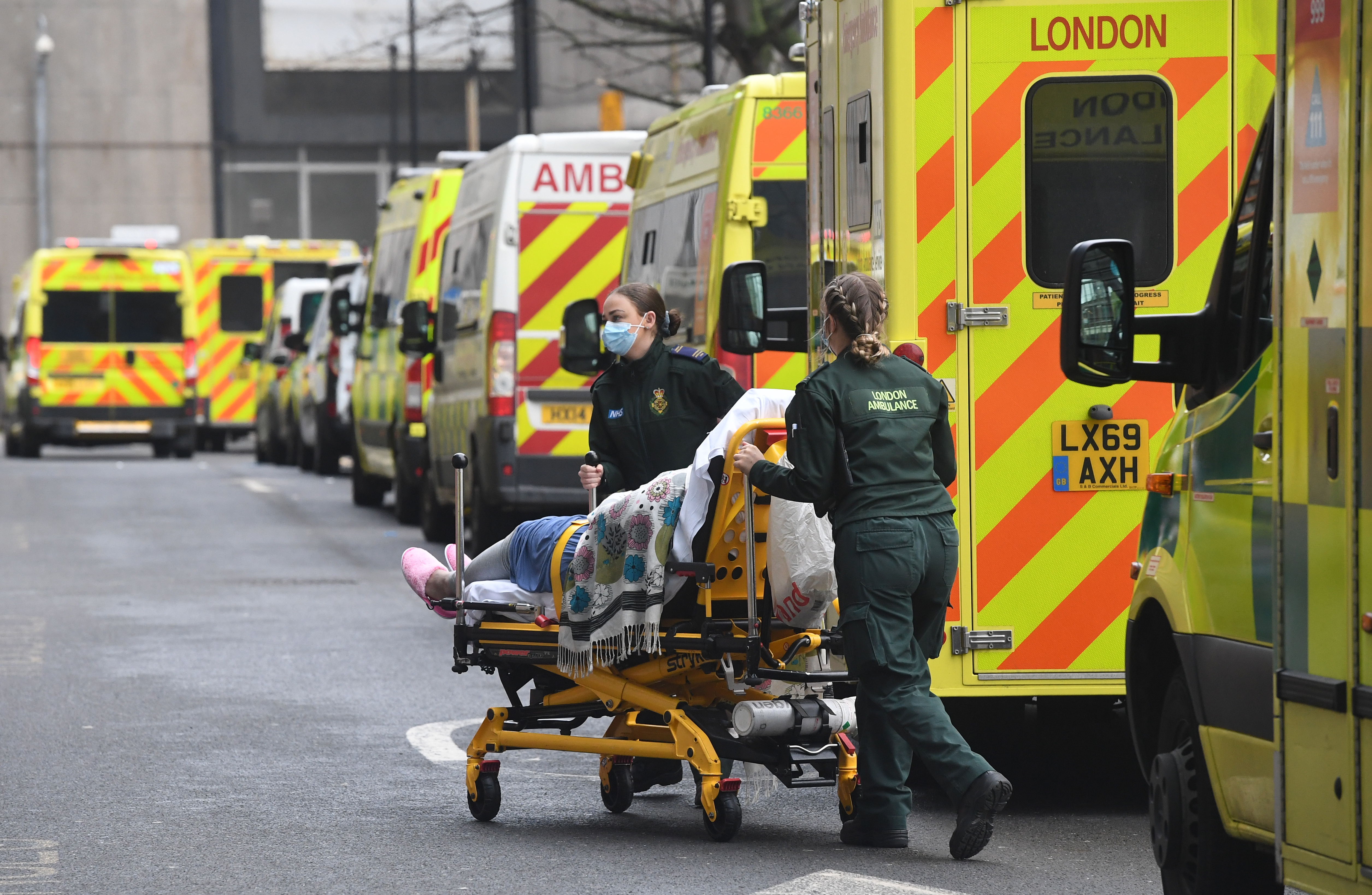 A Sage scientist has this morning warned that removing lockdown restrictions in February would be a ‘disaster’Credit: EPA 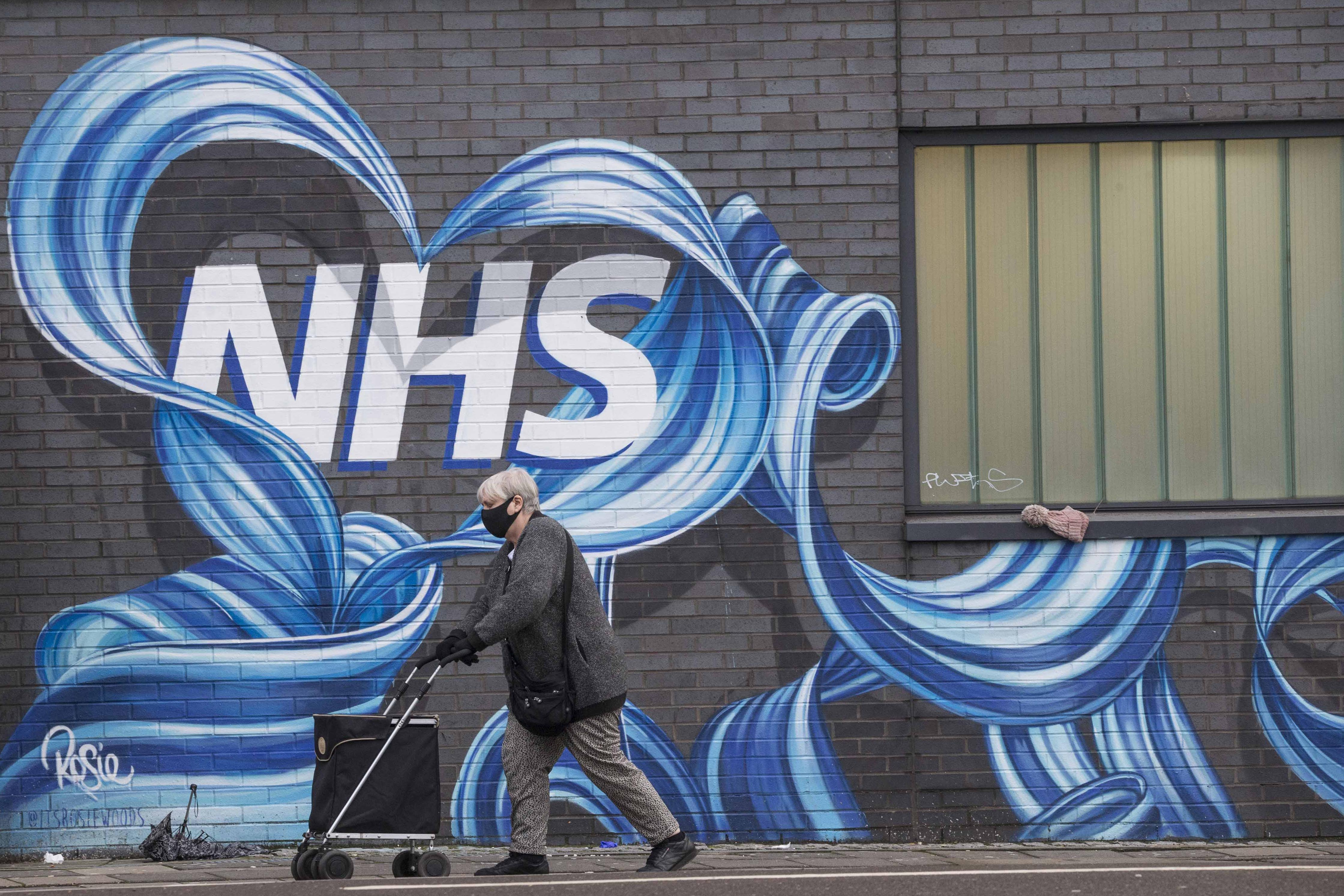 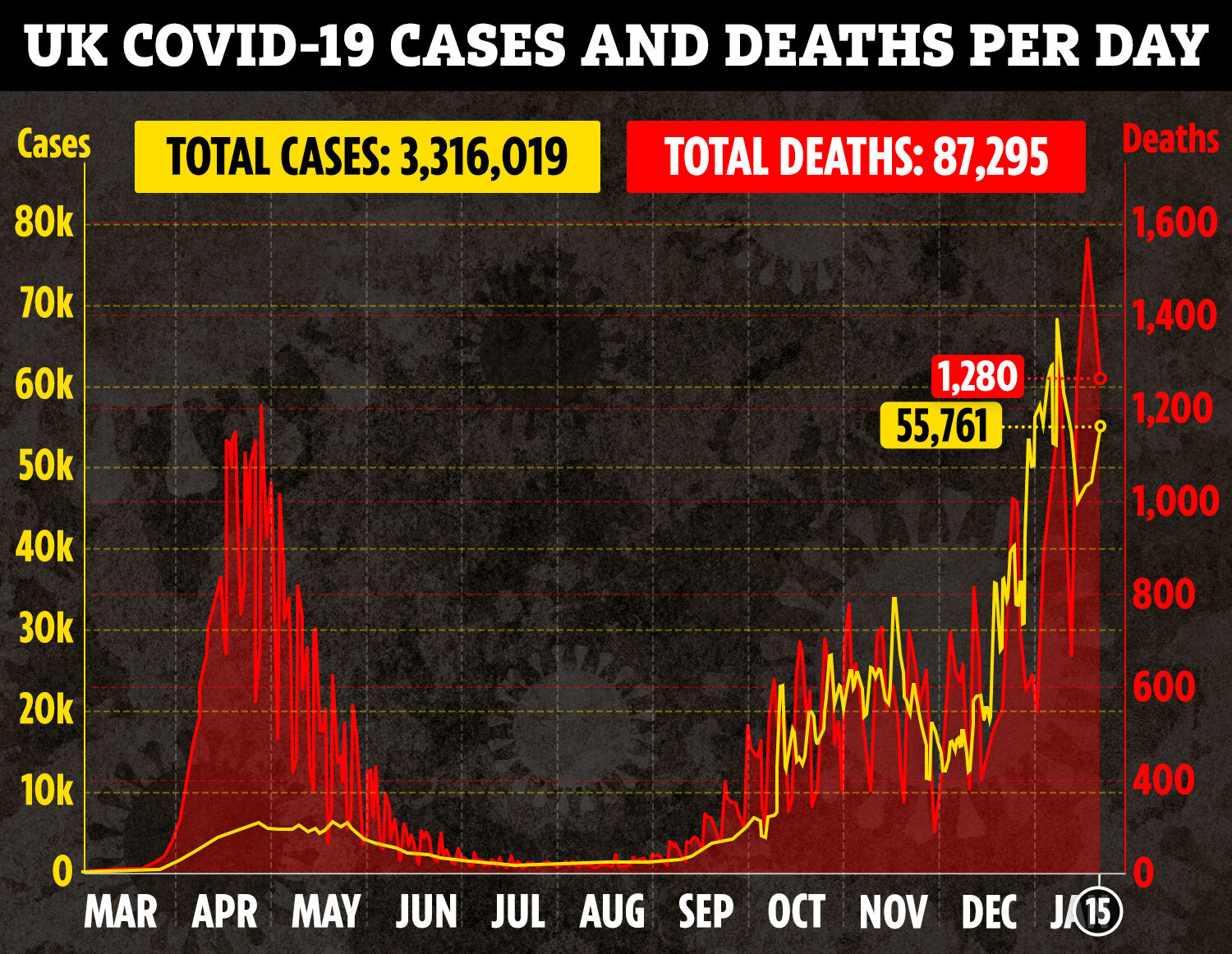 Some 3.2million people in the UK have now received one or two jabs – and infections have plunged by 23 per cent over the past seven days.

And Prof Edmunds told the BBC: “I think it would be a disaster if we removed restrictions in, say, the end of February when we have gone through this first wave of the vaccination.

“First of all, vaccines aren’t ever 100 per cent protective, and so even those that have been vaccinated would be still at some risk.

“Secondly, it is only a small fraction of the population who would have been vaccinated.

“If you look at the hospitalisations at the moment, about half of them are in the under 70s, and they are not in the first wave to be vaccinated.

“If we relaxed our restrictions we would immediately put the NHS under enormous pressure again.”

Officials have pinned their hopes on the jab being rolled out to enough Brits as quickly as possible to lift the lockdown.

Initially, it was believed tight rules could be relaxed in mid-February – but No10 later admitted it could be much later.

There are fears super-infectious new variants could impact how effective jabs are. 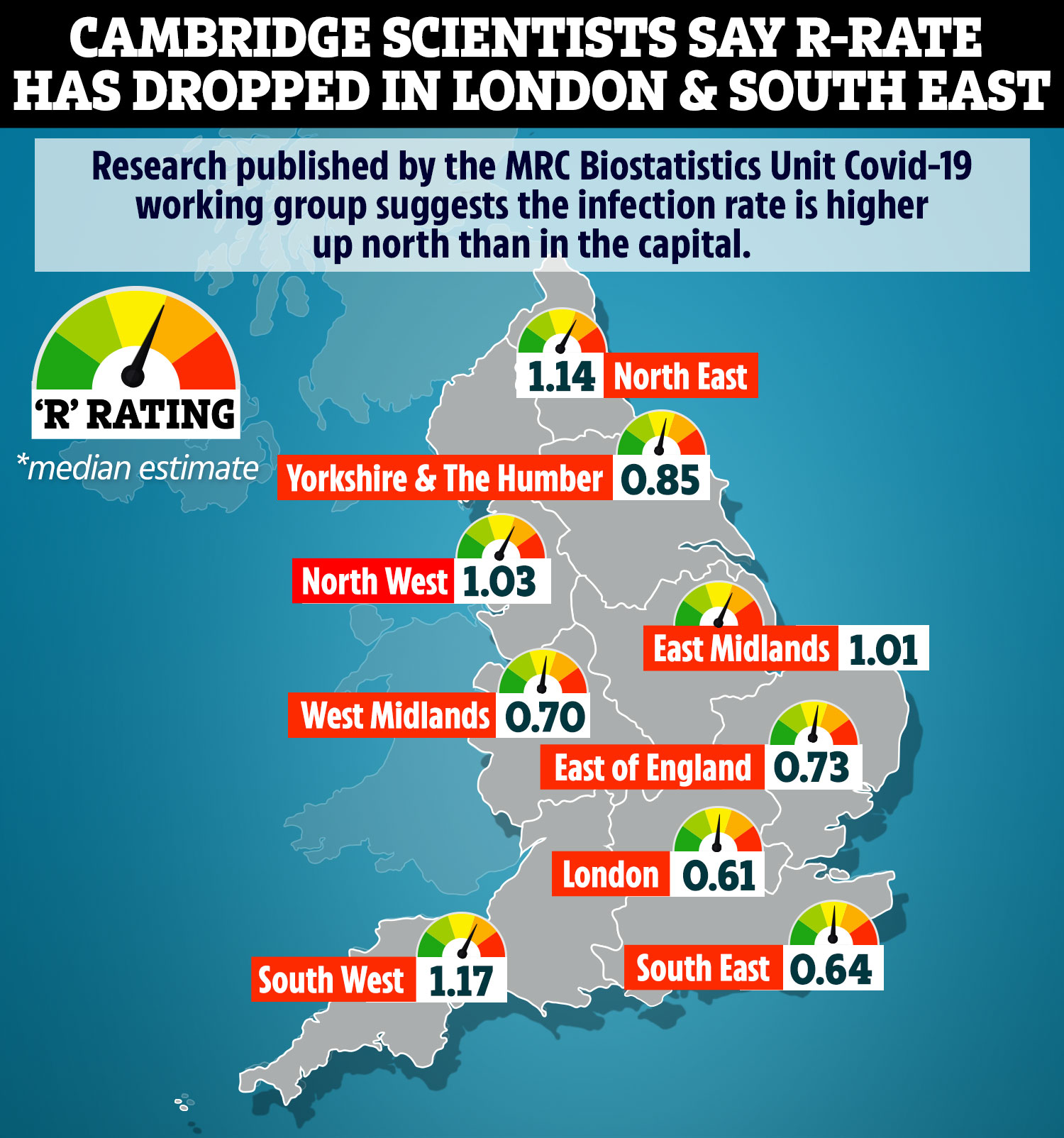 However, there are signs the lockdown is working as the R-rate finally begins to drop 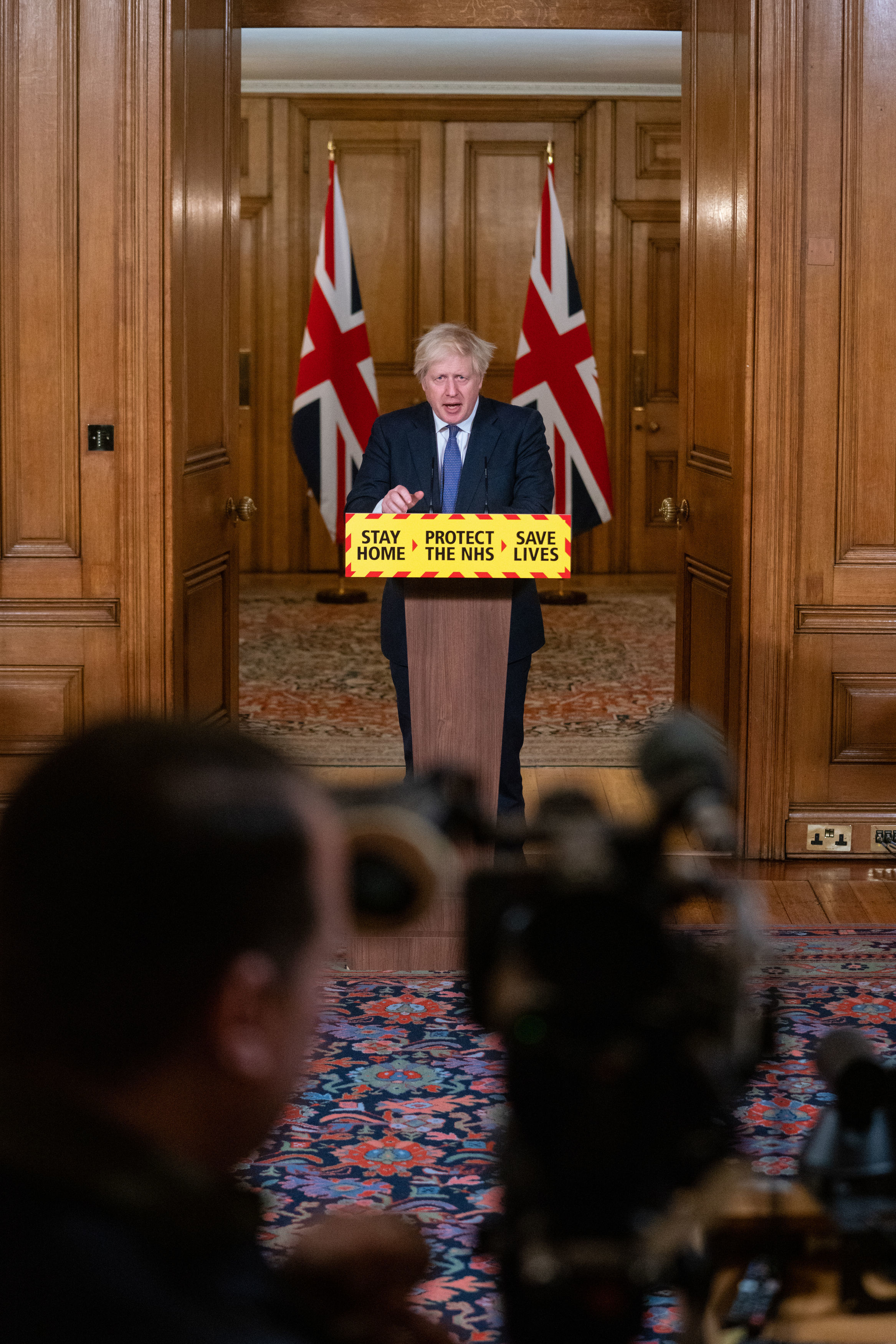 Under Mr Johnson’s new order, anyone coming into the country from 4am on Monday must isolate for ten days.

People who get a negative test can leave their homes after five days.

Addressing the nation last night, Mr Johnson said: “We are making such progress with the vaccine. What we don’t want is all that hard work undone by the arrival of a new variant that is vaccine-busting.

Prof Edmunds this morning warned it’s “likely” there are already cases of both Brazilian coronavirus variants in the UK, even after the Government suspended all flights from the country.

He told the Today programme: “In terms of the South African one, we had imported cases already by the time we put in additional restrictions for South African travellers.

“For the Brazilian one, I don’t think there is evidence that we’ve imported cases of the Manaus strain, as far as I’m aware at least, but it is likely that we probably have, quite honestly.

“We are one of the most connected countries in the world so I would find it unusual if we hadn’t imported some cases into the UK.”

Experts say there are tough times ahead – as 10,000 Londoners test positive for the virus every day

He said Brits must expect many new variants of coronavirus – but that current vaccines should work effectively.

“But the critical question is whether some of these new variants are adapting because of immunity amongst human populations – whether that is because of infection, or indeed as a result of vaccination.”

But he said that new variants were being detected early, and stressed: “If indeed we do need to make new vaccines we will be able to stand those up really quickly.”

Health chiefs yesterday warned that 10,000 Londoners are catching coronavirus every day – even as the R-rate drops as low as 0.6.

The capital has been at the epicentre of the pandemic’s second wave – and officials say the Kent strain of the virus, which is up to 70 per cent more contagious, will stop cases falling as quickly.

“As a result, we have more difficult weeks ahead of us.”