Everything you need to know before heading to your smear test appointment (Picture: Metro.co.uk)

Many of us dread getting our smear test done.

A cervical ‘smear’ screening helps to prevent cervical cancer by taking an in-depth look at your cervix and seeing how healthy it is.

It’s said that 2,500 new cases of cervical cancer a year could be prevented by cervical screenings, which is why when people with a cervix get called in for their first cervical screening a few months prior to their 25th birthday, they should go.

The procedure involves taking a sample of cells from the cervix and sending it off to the lab to check for abnormal cells, with the appointment itself usually taking no more than five minutes.

With a stigma for being ‘invasive’ and ‘uncomfortable’ – smear tests are far easier than we are led to believe.

Pandelis Athanasias a gynae consultant at Spire St Anthony’s Hospital has answered seven questions about smear tests to help ease all of our minds.

So, if you’ve got any burning questions about smear tests – hopefully they’ll all be answered once you’ve scrolled to the end.

What happens in a smear test?

The question on everyone’s lips – what actually happens in a smear test?

Gynae consultant Pandelis explains that when you arrive for your appointment you’ll be asked to get undressed from the waist down and lie down on the bed.

‘The health professional (whether that’s a doctor or nurse), will insert a smooth, tube-shaped tool called a speculum into your vagina to help open it up. 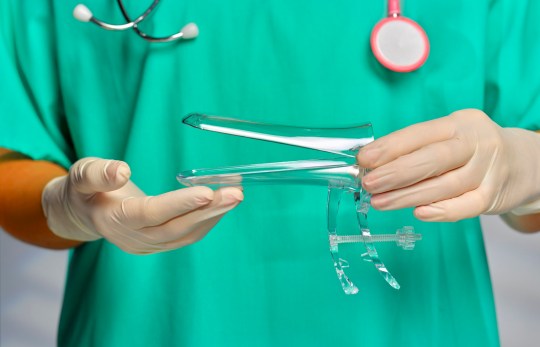 ‘Next, a soft brush will be inserted through the speculum to reach your cervix, where it will be rotated to collect a sample of the cells lining your cervix.

‘These cells will be sent to a lab where they will be tested for certain types of human papillomavirus (HPV) that can cause changes in the cervix, which lead to cancer.’

Once the test has been carried out, you get undressed and leave – it’s really that simple.

Does a smear test hurt?

This question is probably the most asked question when it comes to gearing up for a smear test, but Pandelis assures us that for most women, it won’t be painful.

He explains: ‘When the speculum is inserted into the vagina, it might feel a little uncomfortable, but it shouldn’t hurt.

‘When the cells are collected from the lining of the cervix with a soft brush, it might feel strange, but shouldn’t cause any discomfort.’

Although uncommon, sometimes a smear might feel a little strange or uncomfortable, and if it does you should let the person carrying out the procedure know.

How long do I have to wait for my smear test results?

For those of us who worry about everything, waiting for results can be very anxiety-inducing.

Pandelis explains you should receive a letter from your GP within two weeks of having the procedure done – but this may vary between practices.

That’s just half of the worry though, isn’t it? Because now you’ve actually got to open the letter.

‘If you test negative for the types of HPV known to cause changes in your cervix, no further tests are needed, and you will be asked to come for your next cervix screen in 3-5 years, depending on your age,’ he explains. 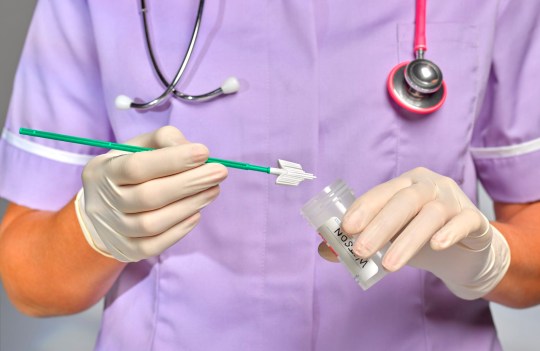 Cells are collected and then sent away (Credits: Getty Images)

‘However, if you do test positive for HPV, your sample will be tested for changes in your cells.

‘If changes aren’t found, you will be invited back for another smear test in a year.

‘If changes in cells are found, you will be sent for a colposcopy which is a minimally invasive procedure, and this will further examine your cervix and potentially remove abnormal cells.’

Can you have a smear test when pregnant?

Pandelis explains how people who are pregnant should avoid smear tests because being pregnant can ‘interfere with the test results’.

Can you have sex before a smear test?

Unfortunately you’ll need to go on a sex ban for 48 hours prior to your cervical screening. 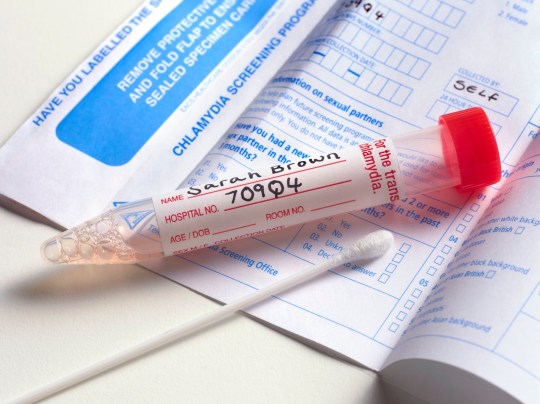 Pandelis says that ‘sex can cause the cells that line with your cervix, which are collected during your smear test, to become irritated and inflamed’ which can ‘interfere with your test results’.

Can you have a smear test on your period?

It’s best to book your smear test for when you’re not menstruating, with it being recommended to ‘avoid having a smear test during, two days before, and two days after your period’.

Can I request to have an earlier smear before 25?

The first time you’ll get called for your smear test is a few months prior to your 25th birthday.

Pandelis says that on the NHS it isn’t possible to get an earlier smear – but at Spire Healthcare you can book privately if you’re under 25 and sexually active.