Sex is everywhere – I wish it wasn’t

While my partner of five years has always been comforting about this, I cannot help but feel guilty, and that I am failing to satisfy him sexually (Picture: Phoebe Snedker)

Sex is constantly shoved down our throats wherever we go – and whether we like it or not, it sells. And it’s everywhere.

Take a look at Cardi B’s ‘WAP’, for instance: the entire concept behind the song is sex appeal, and the promotion of being sexually available ‘seven days a week’. Or, Channel 4’s Naked Attraction – a show that focuses on whose nude body someone else finds attractive.

Sex is at the centre of everything in our society, pinpointed as the epitome of romance and liberation, and produced by the media to look a very specific way. But what does that mean for people like me, with chronic illnesses?

I am 20, and I am in a medically-induced menopause. Endometriosis impacts all aspects of my life: my appearance, my physical and mental health, my work and social life, and of course – my sex life.

My condition impacts not only my ovaries and pelvic area, but also my bladder, and causes me severe pain and discomfort on a daily basis. The physical symptoms of this condition are a burden enough, but the general lack of understanding and treatment available can be just as crushing and isolating.

Though being in a medically-induced menopause is in my best interest when it comes to attempting to control the spread of my endometriosis, it feels bizarre nonetheless. Hot flushes, migraines and countless bouts of thrush were not the problems I expected to be facing at 20 years old, but here we are.

Growing up with social media and the internet gives you a very limited idea of how your body should look – small waist, big boobs, and a nice, tidy tummy. My bloated, scarred stomach does not quite fit this criteria, so when you combine these insecurities with general pain, dyspareunia (pain during intercourse), and a pretty intense drop in libido (thanks, menopause), sex can just feel like a recipe for disaster. 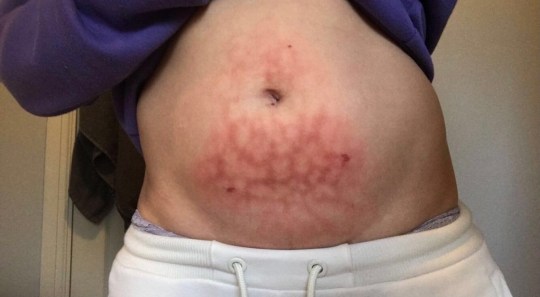 Growing up with social media and the internet gives you a very limited idea of how your body should look – small waist, big boobs, and a nice, tidy tummy (Picture: Phoebe Snedker)

Being young and experiencing love, sex, and relationships for the first time can be confusing in itself, with many of us curious to see how sex works and what someone else looks like naked. So when you add the extra burden of a chronic illness into the mix, things can soon become overwhelming.

The first few times I had sex, all that was going through 15-year-old Phoebe’s head was: is sex supposed to hurt this much? Why am I bleeding like this? Is this how it is meant to be?

When sex is such a struggle, there is nothing more isolating than constantly seeing and hearing how sex should be, how much sex you should be having, and how sex is the ‘key to a happy marriage’.

Sex, as portrayed in films, music, social media, pornography and so forth, undoubtedly paints an image in our minds about what it should be like, and how important it is, which leads us to believe that if you cannot be consistently sexually active in a relationship, there is something wrong with you.

Feeling these insecurities, and hearing your friends constantly talking about how amazing sex is, is enough to make anyone doubt themselves. As a young, impressionable teen, I felt alienated from this amazing, intimate thing that I just could not seem to have a pain-free experience with.

Not only did my 15-year-old self feel self-conscious about her body, she also felt guilty that her boyfriend was ‘missing out’ on sex. We were at the age that everyone was ‘doing it’ for the first time, and it was the most exciting thing ever – but for us, it just resulted in many ‘it’s not you, it’s me’ conversations.

The narratives on sex we see in the media can be incredibly damaging to our self-image and our relationships. As a society, we have a pre-conceived idea of how sex should be before we are even intimate with someone, when really we should view sex as a chance to understand our bodies – what we like, what we do not like, what we are capable of.

For a long time, I believed I was broken because I did not look or act like other women did in sex scenes or magazines. I was bloated due to my endo, I was in pain, I was tired, and when combined with the impact of my medications on my libido, sex just felt like something I was incapable of.

When I finally received my diagnosis at age 18, I almost felt relieved that something was wrong, because I knew that my pain was not my fault. It also brought comfort to me and my partner when it came to our sex life – neither of us were ever doing anything wrong. We were just having sex in ways that teenagers think they should, ways that just did not work for us. I wish I had known then that missionary, penetrative sex was not the only way to make love to someone.

For me, penetrative sex is almost always cut short due to pain and discomfort. While my partner of five years has always been comforting about this, I cannot help but feel guilty, and that I am failing to satisfy him sexually. 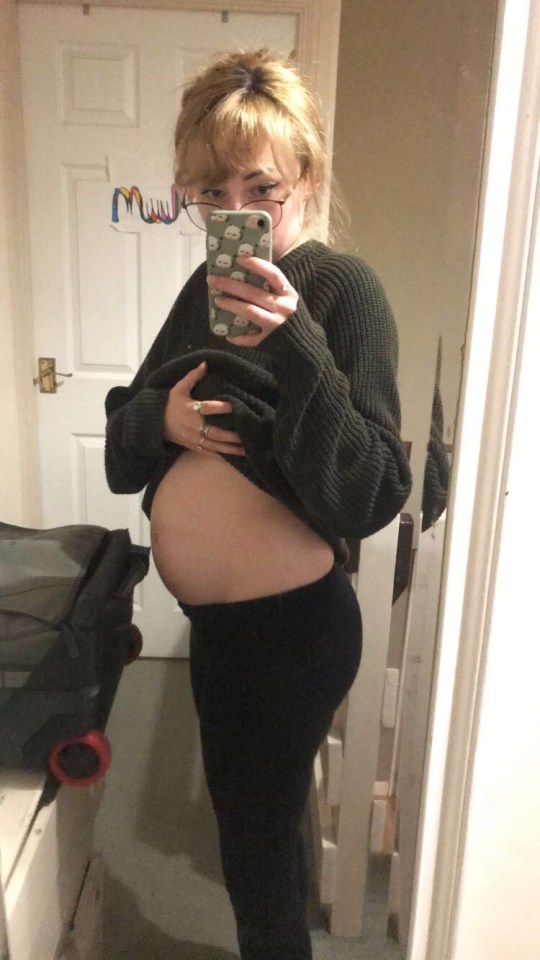 The constant portrayals of mainstream, able-bodied, heteronormative sex and intimacy made me feel that I was doing something wrong (Picture: Phoebe Snedker)

The constant portrayals of mainstream, able-bodied, heteronormative sex and intimacy made me feel that I was doing something wrong.

It was not until I moved away for university that my perceptions on sex were broadened. I became more comfortable in myself, met people with struggles similar to my own, and began to embrace my condition and its implications on my sex life, rather than hiding from the reality of it all.

It’s why I’m grateful for shows like the latest season of Netflix’s Sex Education, for example, which showcases an intimate scene between characters Maeve and Isaac, a wheelchair user, in a way that doesn’t pander to actor George Robinson’s disability, but instead flows naturally as you would expect any other relationship-based story line to.

In the scene, Isaac is open and confident about what feels good and brings pleasure to him. While I cannot relate to Isaac’s particular physical condition, seeing two characters acknowledge it and speak openly about how to navigate intimacy in ways that work for them was such a beautiful thing to see, and solidifies that sex does not have to look or be a certain way.

You do not need a shot of steamy, James Bond-esque sex to understand the lust and passion between two people, so why does sex continue to be portrayed in this way? The more we move away from idealised standards of sex and bodies, the better our understandings of self-worth and sexual confidence will become.

Sex is a beautiful thing, and should not be limited to the typical missionary shag. While you won’t see me on Naked Attraction anytime soon, I am still sexy – even with my endo belly and overused heat pads.

I do not need to feel guilty about my boundaries when it comes to sex, and neither should anyone else. 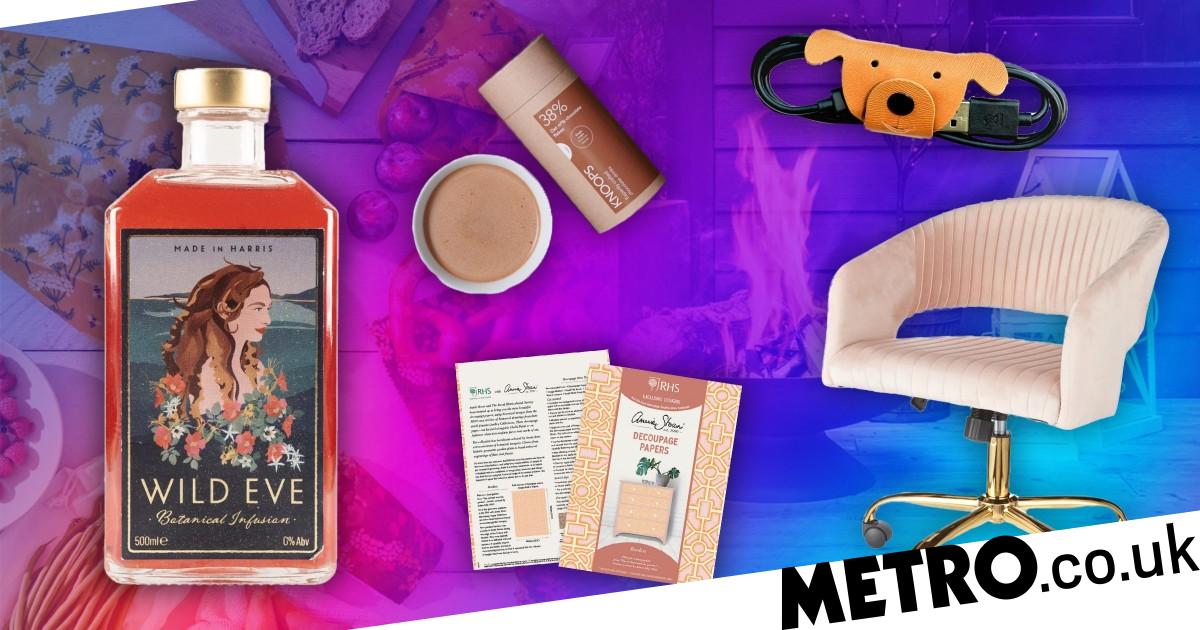 Keep up those good intentions!The end of January is in sight, but that doesn’t mean the end of the new...