PETE Davidson slammed those protesting Covid restrictions in Staten Island as “babies,” after a bar owner was arrested for defying rules on indoor dining.

The bar, Mac’s Public House, is in an area of New York City that has become a Covid hotspot, so restaurant owners are only permitted to serve customers outdoors. 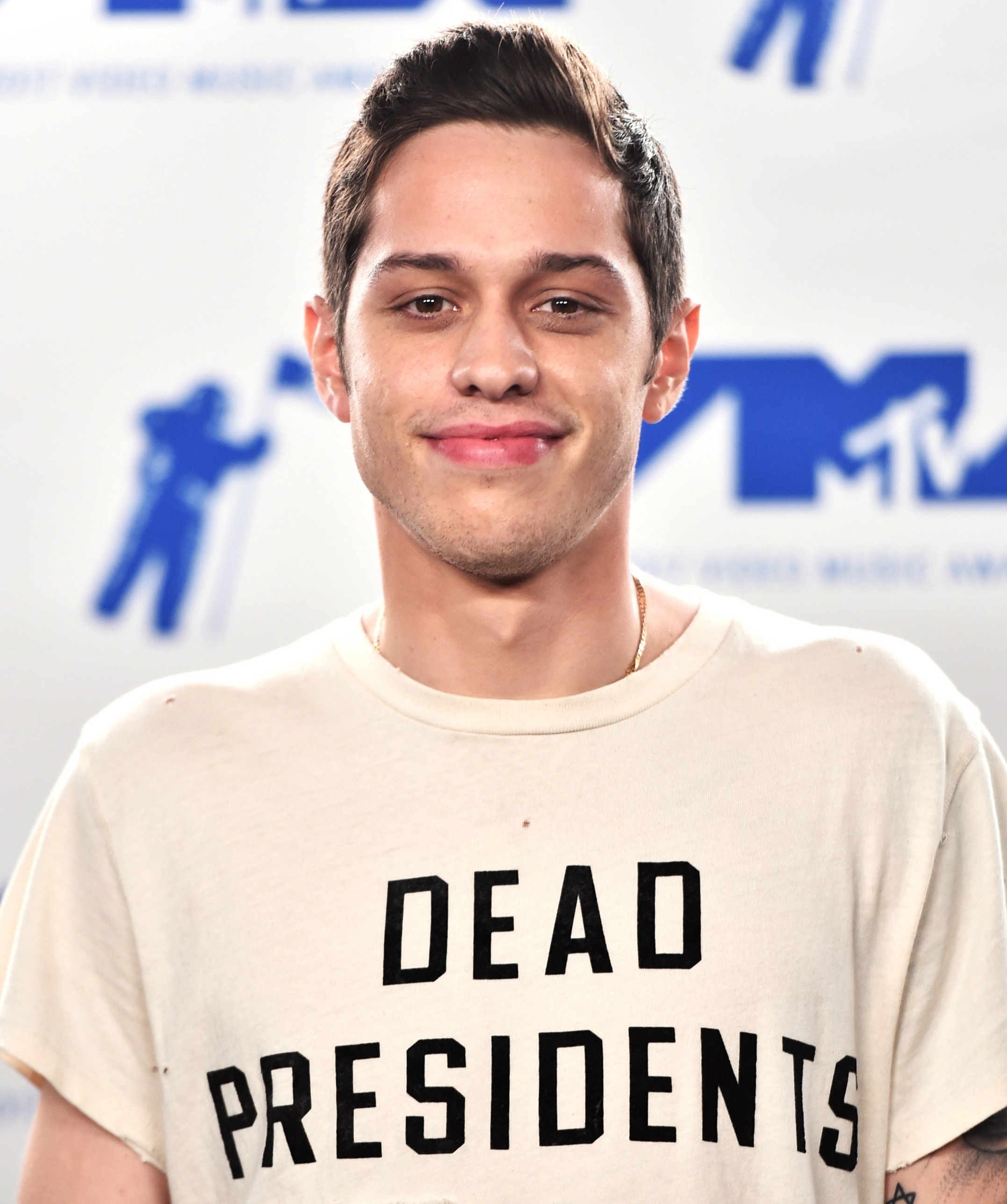 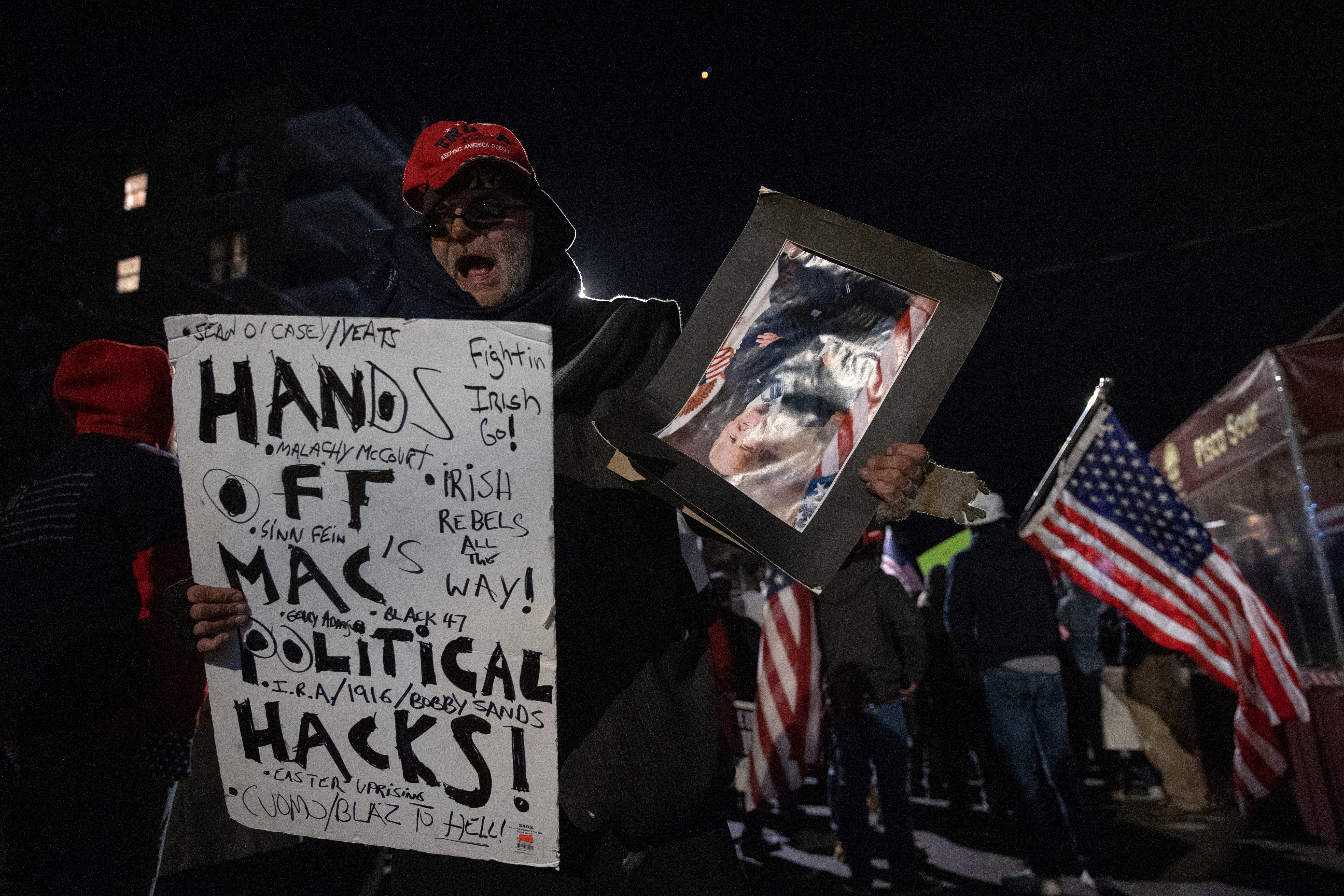 Davidson – a Staten Island native himself – took a shot at the owner, and others disregarding Covid restrictions in the borough, during this week’s episode of Saturday Night Live.

“The owner said no one wants to [serve food outdoors] because they’ll go out of business,” Davidson said, “but the argument that people in Staten Island don’t want to drink outside can be disproven by going to literally any Little League game.”

Cops said he was uncooperative and the business has violated multiple city and state laws. 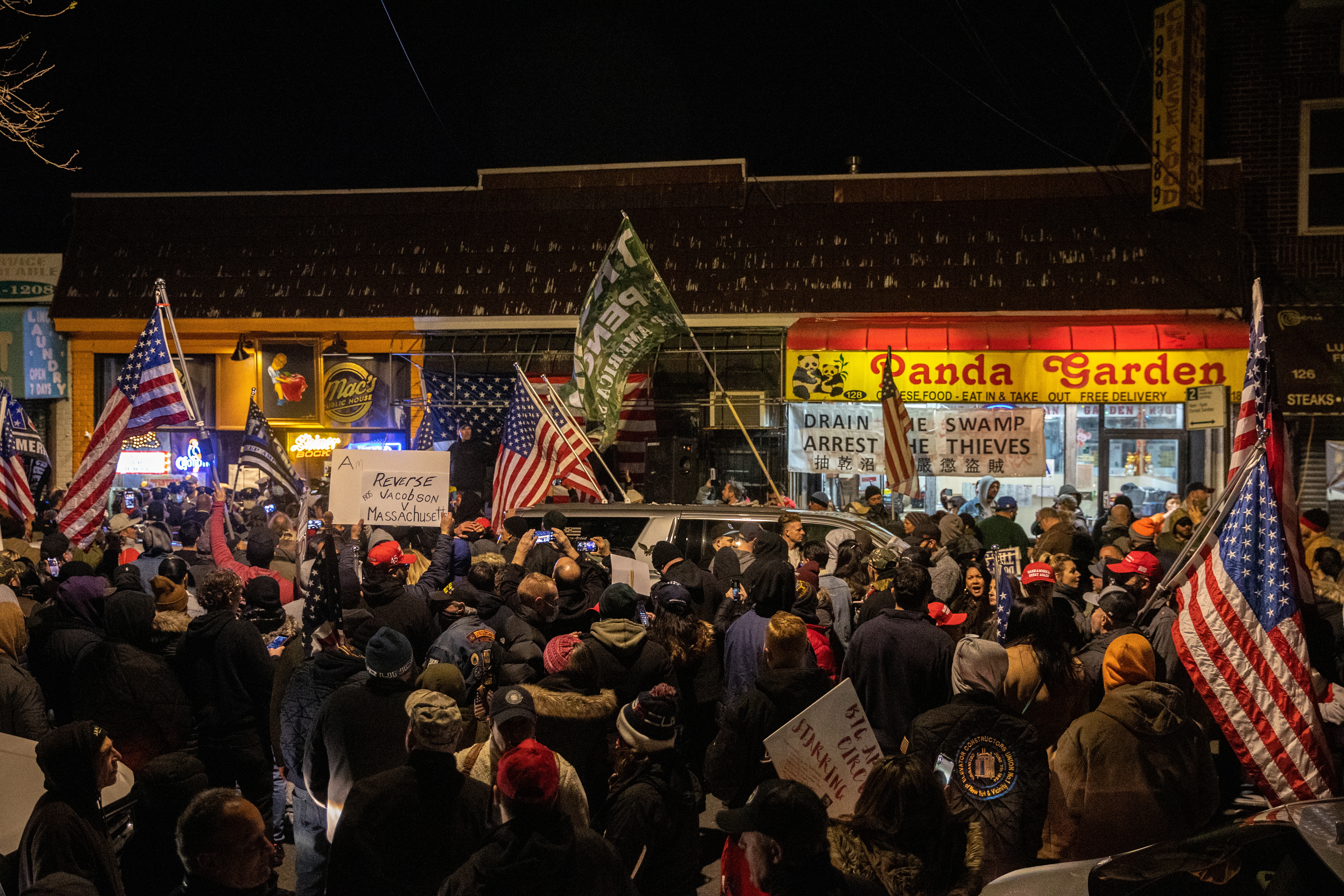 Protesters gathered outside of Mac’s Public House after the bar’s co-owner was arrested for disregarding indoor dining rulesCredit: Reuters 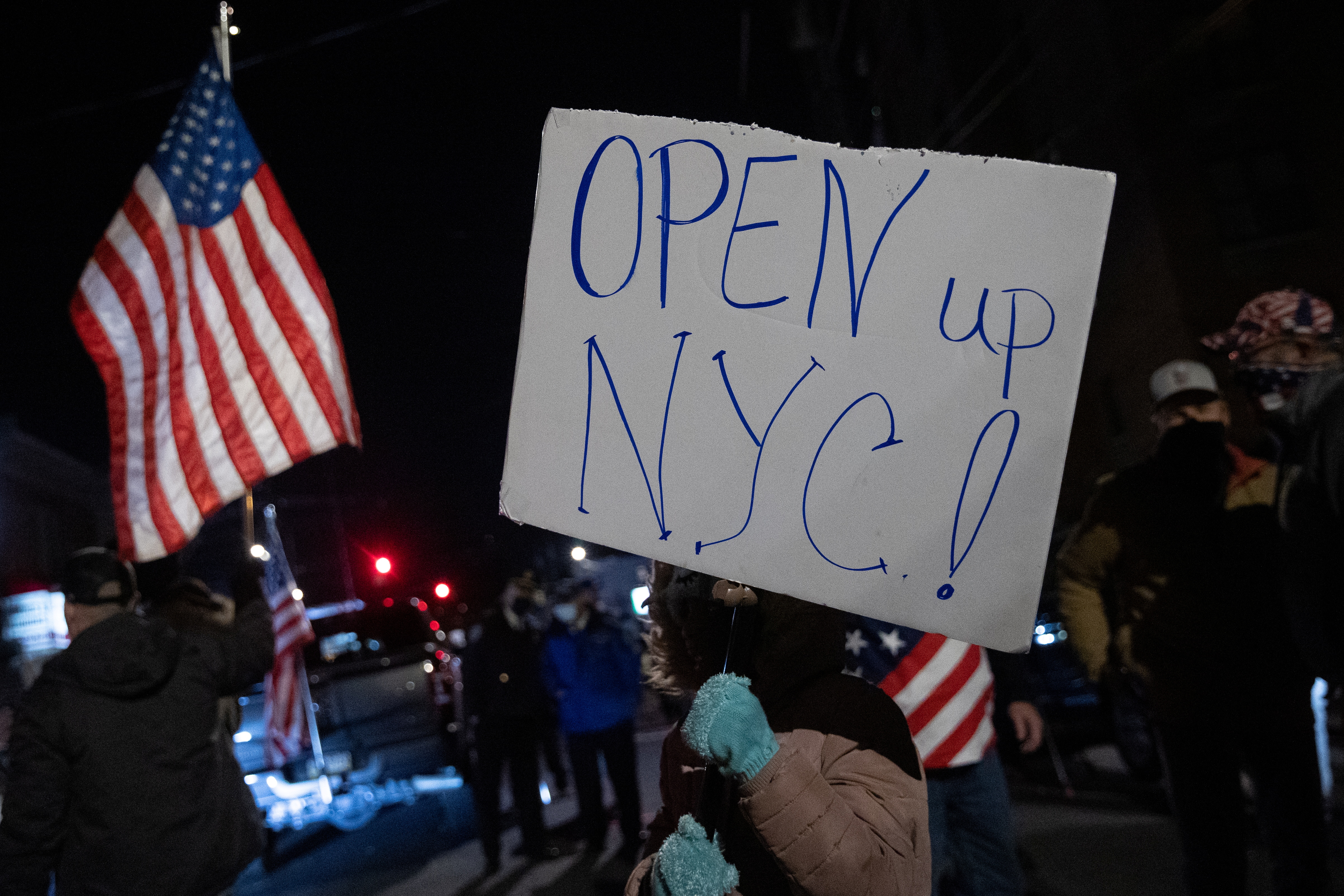 Protesters in Staten Island called for the city to be re-opened, despite a massive spike in Covid cases in the boroughCredit: JEENAH MOON 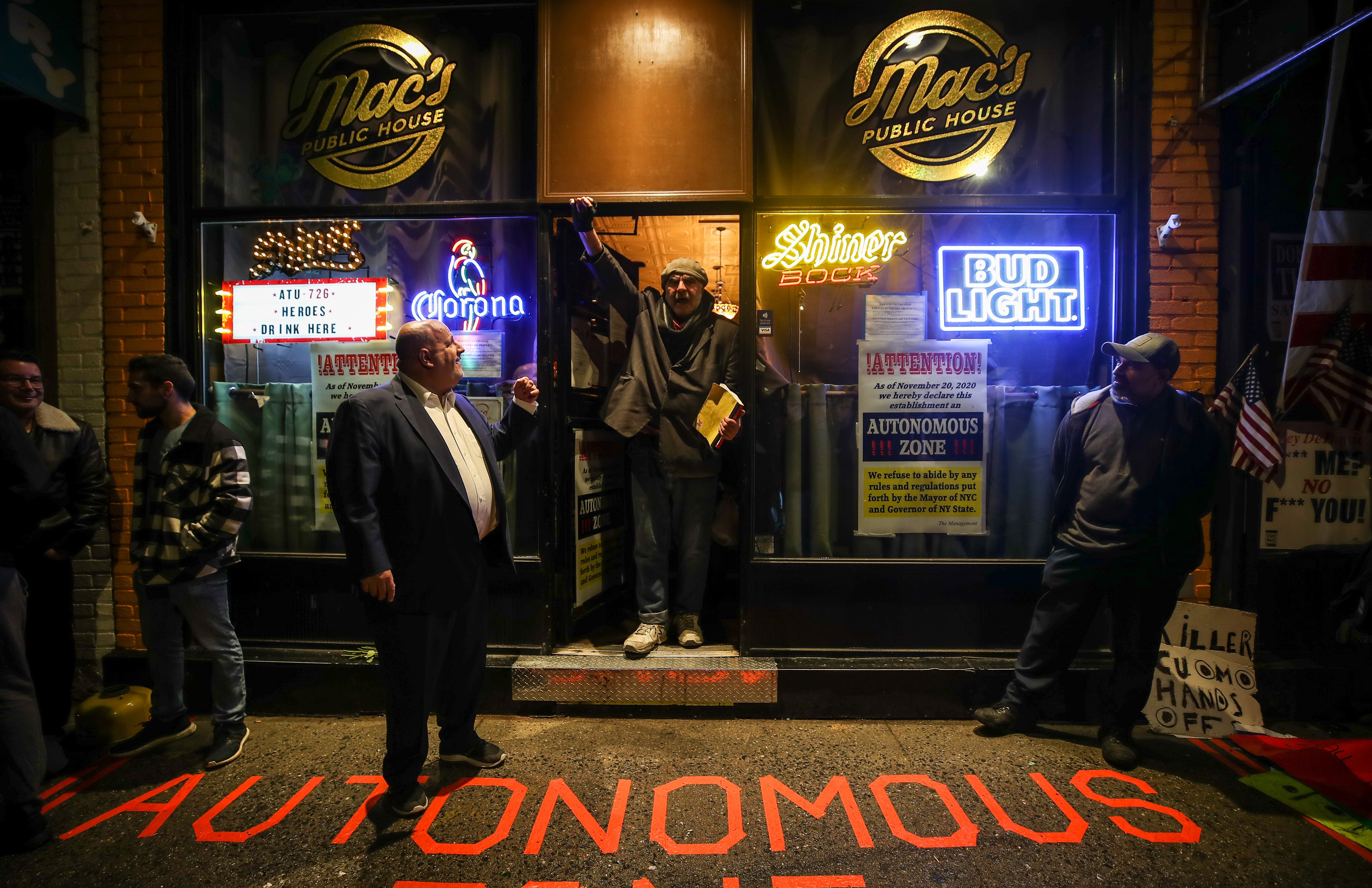 The bar dubbed itself an ‘Autonomous Zone,’ but the disregard of Covid safety rules has cost the owners their liquor licenseCredit: Getty Images – Getty

Davidson added that those protesting the Covid restrictions on his home turf made everyone is Staten Island “look like babies.”

“You know it’s bad when people in Boston are like, ‘Ahh, drink at home, you queers!'” the comedian added.

Davidson, who recently co-wrote and starred in the semi-autobiographical comedy, The King of Staten Island, also noted that he’s “no longer the first thing people think of when they say, ‘What’s the worst thing about Staten Island?'”

Protests were held in front of Mac’s on Wednesday, after Presti’s arrest, with demonstrators calling out New York Gov Andrew Cuomo and NYC Mayor Bill de Blasio for what they feel are unnecessary restrictions. 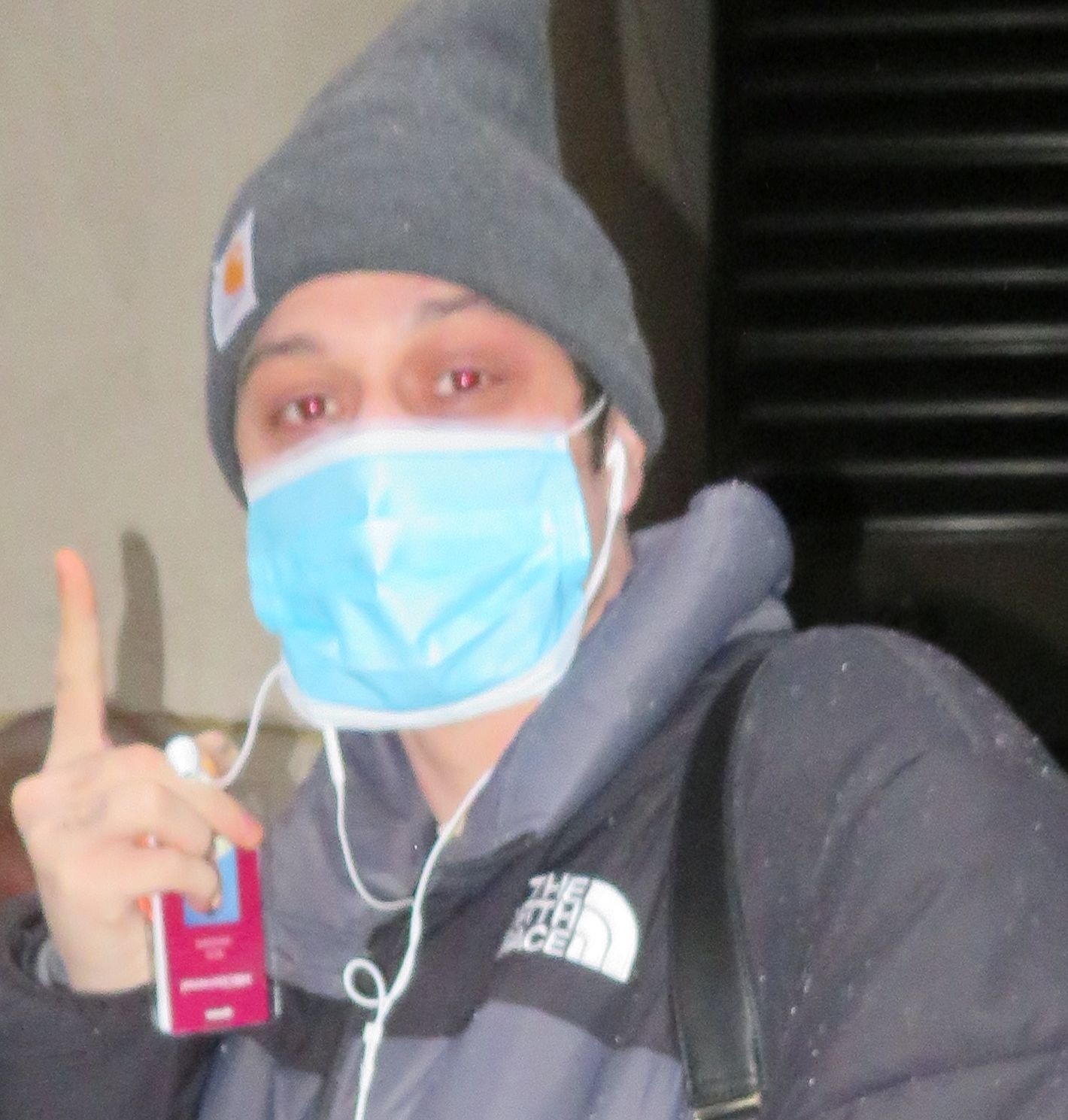 Davidson joked that after the protests, he was no longer the ‘worst thing’ about Staten IslandCredit: Splash News

The bar was also recently stripped of its license to sell liquor after repeatedly ignoring restrictions and warnings.

A spokesman for Cuomo’s offices told the New York Times that, “This owner is learning that actions have consequences.”

“Breaking the law and putting your neighbors’ lives at risk during a global pandemic to make a political statement is simply unacceptable.”

Davidson, who was once engaged to pop star Ariana Grande, received much acclaim for another SNL skit on Saturday where he parodied Eminem’s 2000 hit song, Stan.

Instead of a crazed Enimen fan, Davidson’s parody featured a crazed Santa fan who really wanted a PS5.

The rapper himself even made an appearance in the sketch.