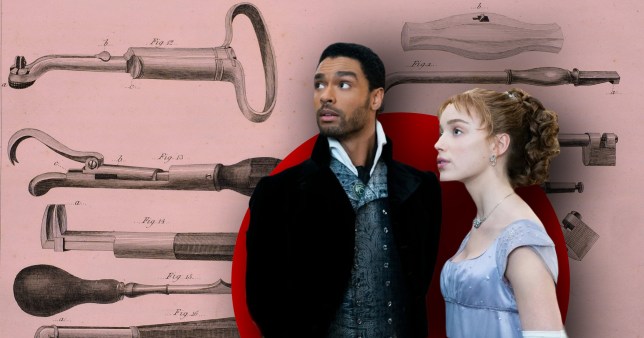 Warning: This article isn’t for the faint of heart (Picture: Netflix/Metro.co.uk)

A little series called Bridgerton – you may have heard of it – has got lots of people aspiring to Regency-esque styles, but that era wasn’t all the show cracks it up to be.

While it can be delightful to fantasise about wearing elaborate clothes and going to lush parties to find a strapping rake and/or diamond of the season, the complete Recency lifestyle involved enough dental unpleasantness to make anyone think twice about lusting after life in that time period.

Kailesh Solanki, a dentist with Dental Phobia – an organisation seeking to help people get over their fear of the dentist’s – tells us that only the rich could afford the materials needed for basic daily dental care.

That’s good news at least for the characters in Bridgerton, since most of them are members of the upper class.

Kailesh says: ‘As you might expect, standards of oral hygiene during the Regency period were nowhere near what they are today and regular cleaning wasn’t recommended, although it was suspected that sugar and smoking played havoc with oral health – so teeth simply didn’t last as long and it was very common to have lost many teeth by middle age.

‘Oral care was considered to be a luxury for the wealthy, who could afford the basic toothbrush and toothpaste of the time.  It is thought that this, along with a rise in sugar consumption, meant that around 87% of people at that time suffered from cavities.’ 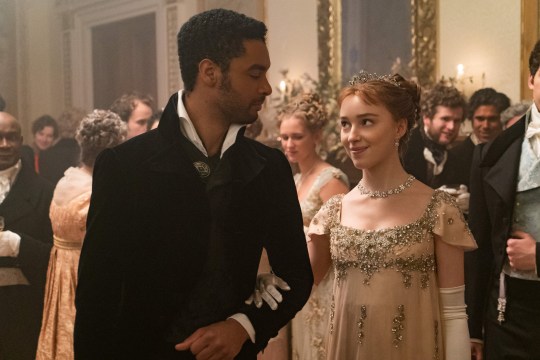 These two probably wouldn’t have had all their teeth for much longer (Picture: Hollywood Archive)

Even though rich people could afford basic dental upkeep, it still wasn’t all sunshine and daisies for them and their teeth.

Martina Hodgson, principal dentist & Invisalign doctor with The Dental Studio agrees says that, even though clean white teeth were still considered attractive back then, it was very rare for adults to have them.

She said: ‘So the relatively high costs of dentistry and oral care, partnered with a lack of education about tooth decay and increasing sugar consumption, meant that healthy teeth were rare in adults – even though as with today, clean, white teeth were considered to be very attractive. They just were not seen often in the Regency period.

‘Amazingly, although dental health procedures were very limited, cosmetic dentistry such as it was, proved popular. One of the techniques which has unfortunately recently resurfaced on TikTok, was that of filing down uneven teeth which dentists thought might also help to reduce cavities. 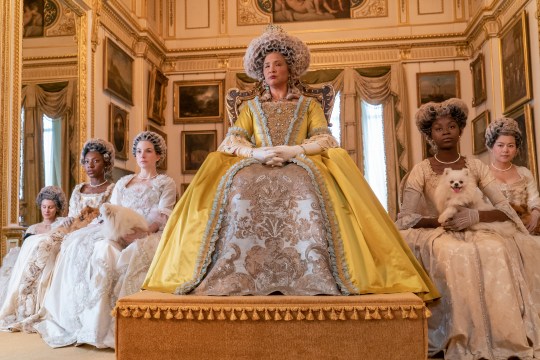 Even though white having teeth was considered attractive, it wasn’t a common trait in adults no matter how rich they were (Picture: LIAM DANIEL/NETFLIX)

‘Of course in actual fact, what it did do was weaken the tooth and make it more sensitive if not break it altogether. Some dentists did offer rudimentary gold fillings but these are likely to have only been afforded by the rich and definitely weren’t of much use.’

Indeed, if anything was wrong with your teeth back then, pretty much the only option likely to be offered to you was to take the offending tooth or teeth out.

Kailesh describes a dental tool similar to a corkscrew (shudder) as a popular piece of equipment dentists would use during extractions, saying: ‘Procedures were pretty limited, so if a tooth gave you any trouble, the most likely course of action would be simply to extract it – without any anaesthetic.

‘A dental key which looked very similar to a corkscrew was the extraction instrument of choice for most dentists at that time. 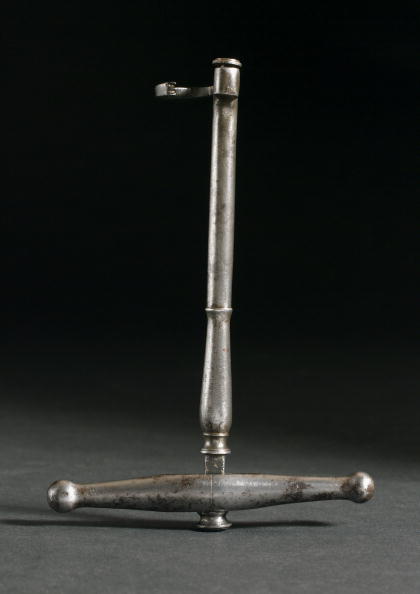 This is what an 18th century dental key looked like (Picture: SSPL/Getty Images)

‘Probably the only pain relief afforded to the patient would be a cloth soaked in clove essence which of course is still available today, or medicine containing a potentially lethal cocktail of opium, morphine and alcohol. Unsurprisingly, infections were common and sometimes even deadly.’

If you found yourself with a lot of missing teeth, then you had the entirely unappealing option of using dentures made from either ivory or real human teeth taken from other people – alive or dead.

Martina says: ‘For those individuals who had lost most of their teeth but wanted to retain the illusion of having more than they did, dentures were available. These weren’t the natural looking, comfortable dentures we have today, however.

‘They were usually made from ivory or were actual teeth removed from other people – alive or dead – and wouldn’t look at all natural.

‘In addition, they tended to rot in the mouth and have a most disgusting smell – which defeated the object of wanting to look more attractive.’

Think about that the next time you watch the Duke and Daphne making out.