Stimulus deal should come THIS YEAR, McConnell says as he lashes out at Pelosi and Dems for delay

TOP Republican Mitch McConnell said a second stimulus deal must come this year and lashed out at Nancy Pelosi and Dems for the delay.

On Monday, McConnell said: “There is no reason – none – why we should not deliver another major pandemic relief package.” 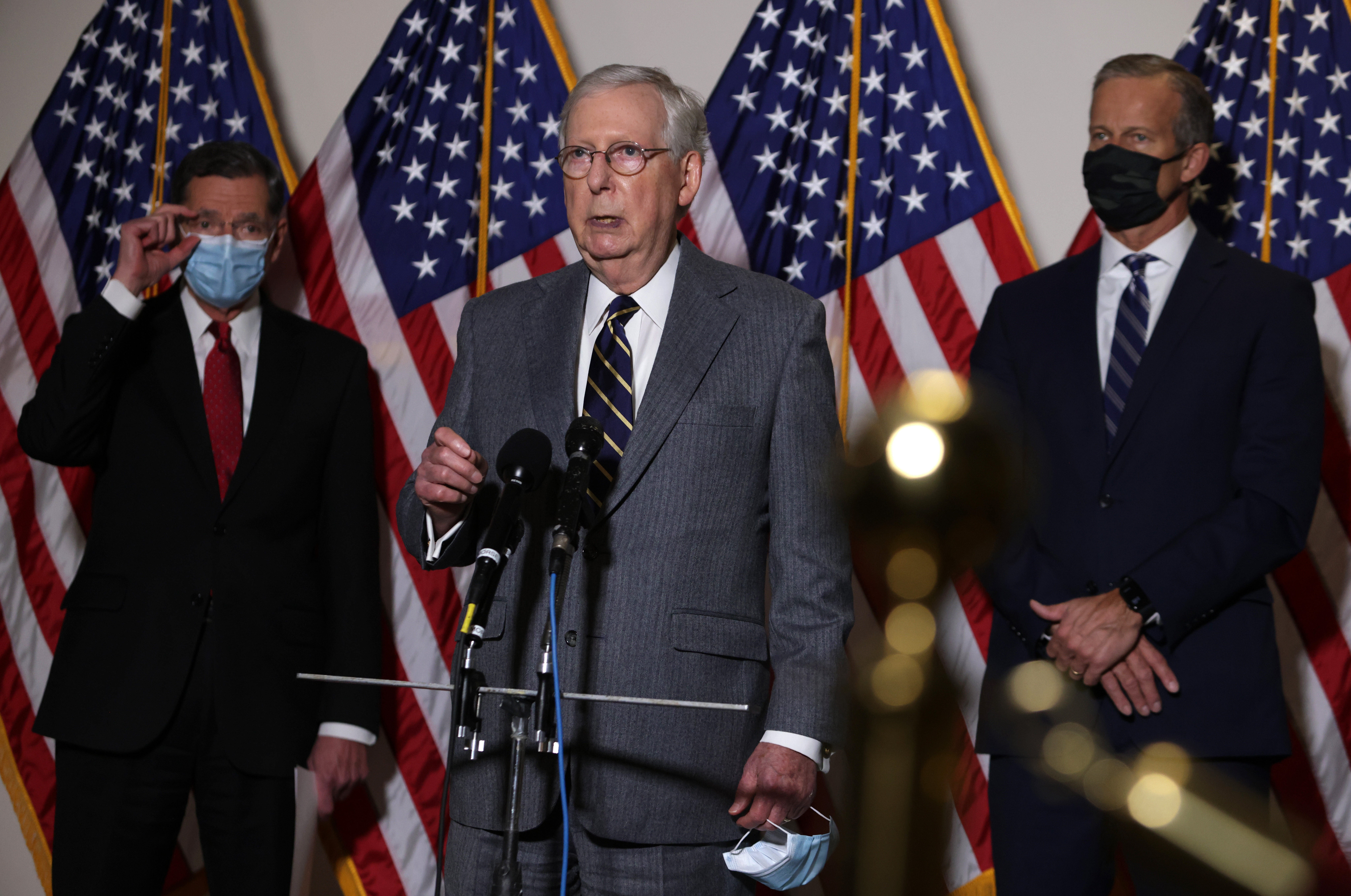 The Senate majority leader took to Twitter to lash out at Speaker Pelosi and Chuck Schumer over the coronavirus relief bill delay.

“Even House and Senate Democrats are publicly saying that Speaker Pelosi’s and Leader Schumer’s all-or-nothing obstruction needs to stop,” he tweeted.

House Democrats maintain that at least $2.2trillion in aid is needed – while Republicans have repeatedly expressed support for a bill that would cost around $500billion. 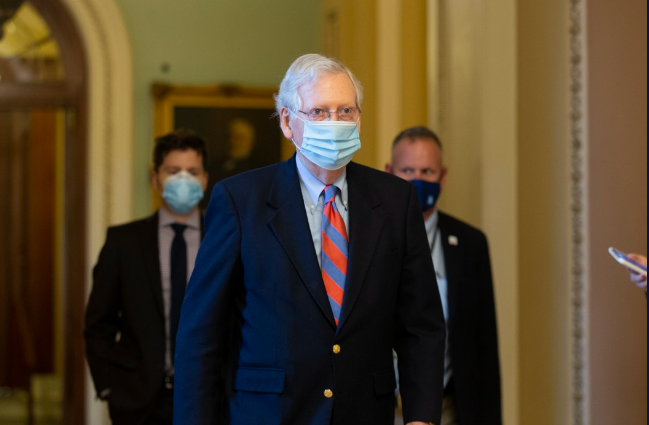 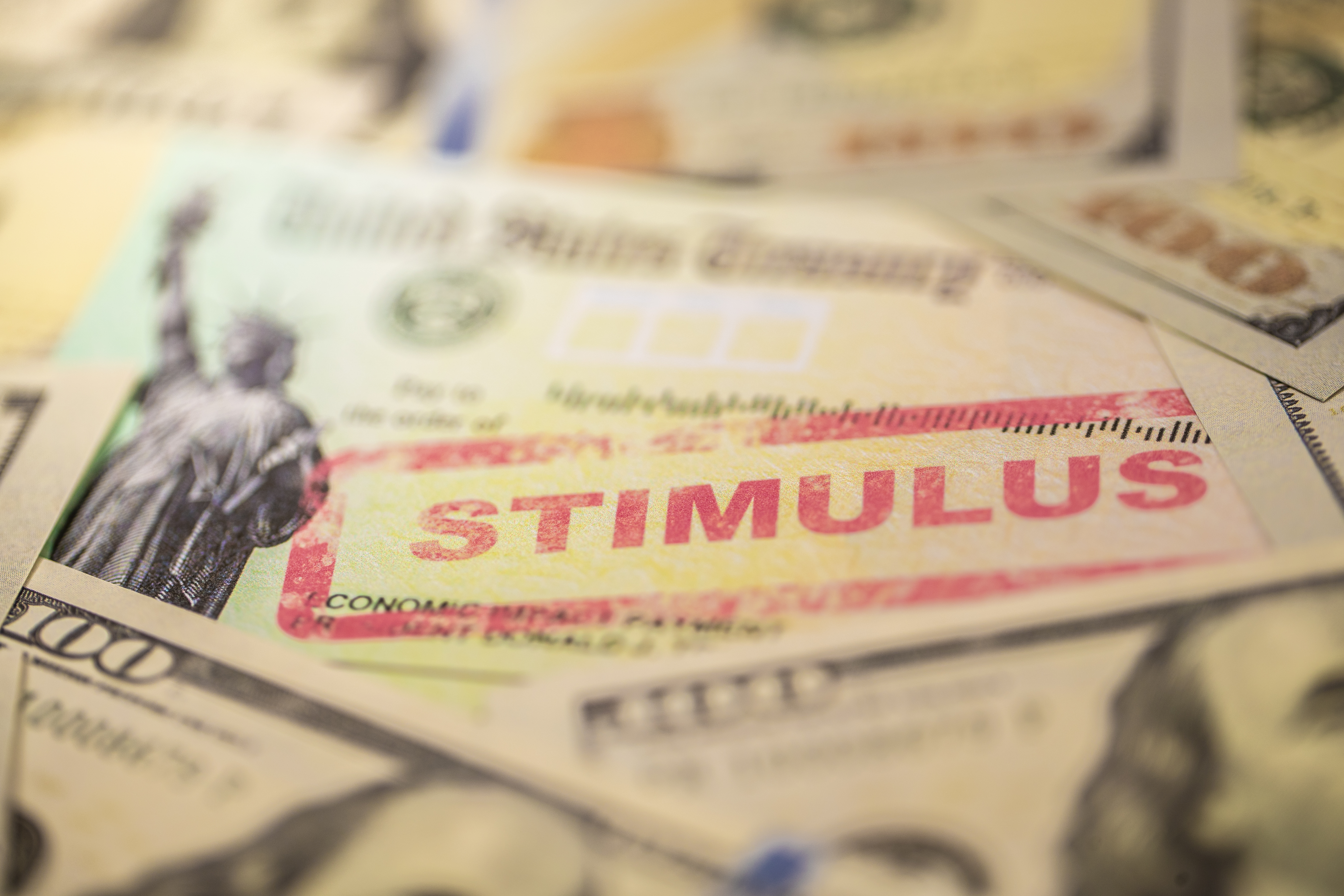 A second stimulus package can include another round of $1,200 checks among other benefitsCredit: Getty Images – Getty

McConnell has previous said that a new coronavirus relief bill should include a second round of small business aid through Paycheck Protection Program.

The Senate Leader has also pushed for a “more modest” deal than what the Dems have proposed in the past, saying the bill will be needed “at the beginning of the year.”

“We probably need to do another package, certainly more modest than the $3trillion dollar Nancy Pelosi package. I think that’ll be something we’ll need to do right at the beginning of the year,” McConnell said in October.

In the past, McConnell has put the blame on Democratic leader for the delay in a second stimulus package, saying Dems are “holding all of that urgent help hostage”.

“We still want to pass more coronavirus relief for the American people,” he said.

“Instead, our Democratic colleagues have spent months, literally months, holding all of that urgent help hostage over unrelated left-win wish-list items.”

On Nov. 17, McConnell dismissed the Democrats HEROES Act as “unserious” and claimed the Dems plan is so flawed it was “condemned by the Speaker’s own moderate Democrats the instant she put it out.”

“Huge tax cuts for rich people in blue states, but no second round of Paycheck Protection Program? Those are their priorities?” he added. 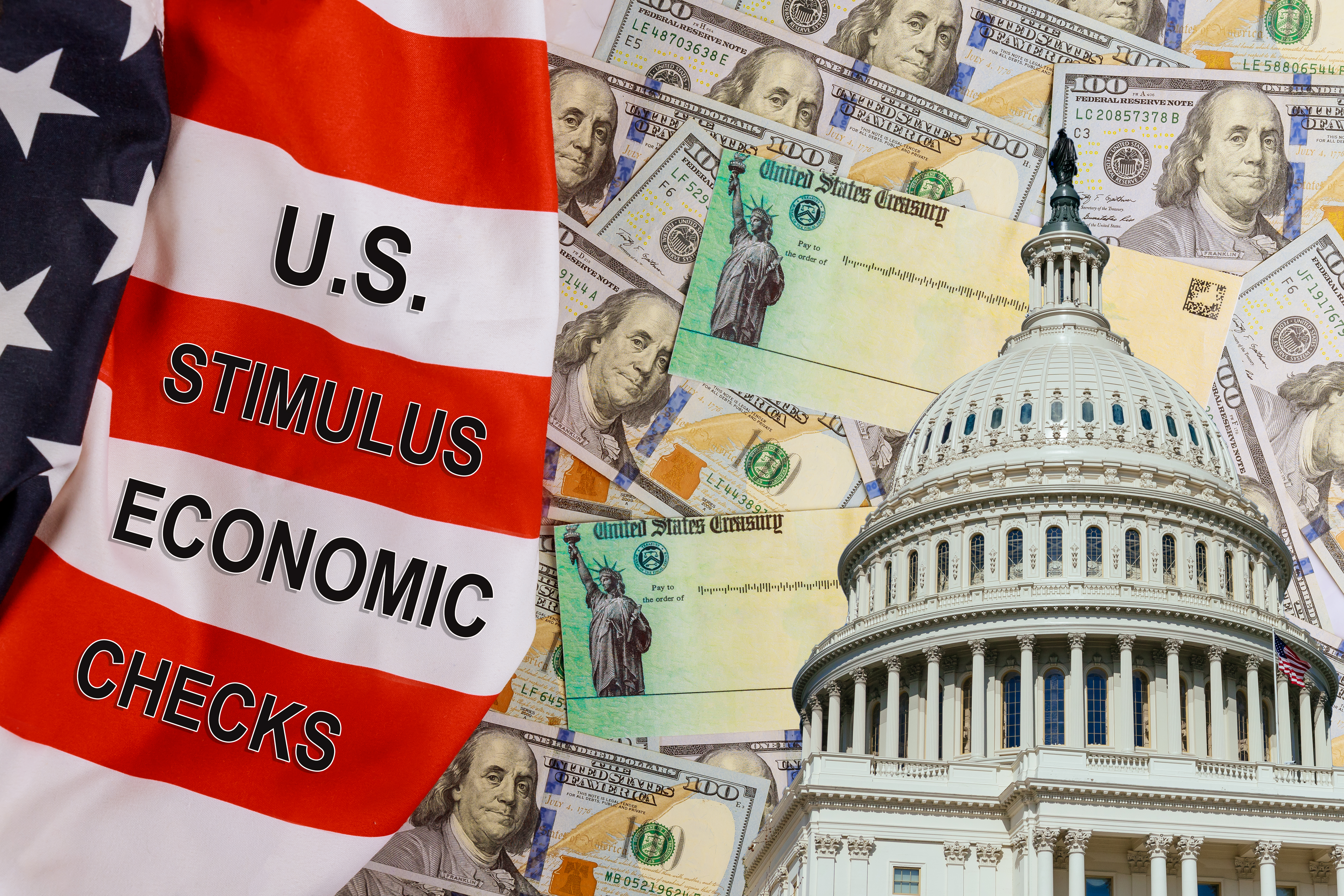 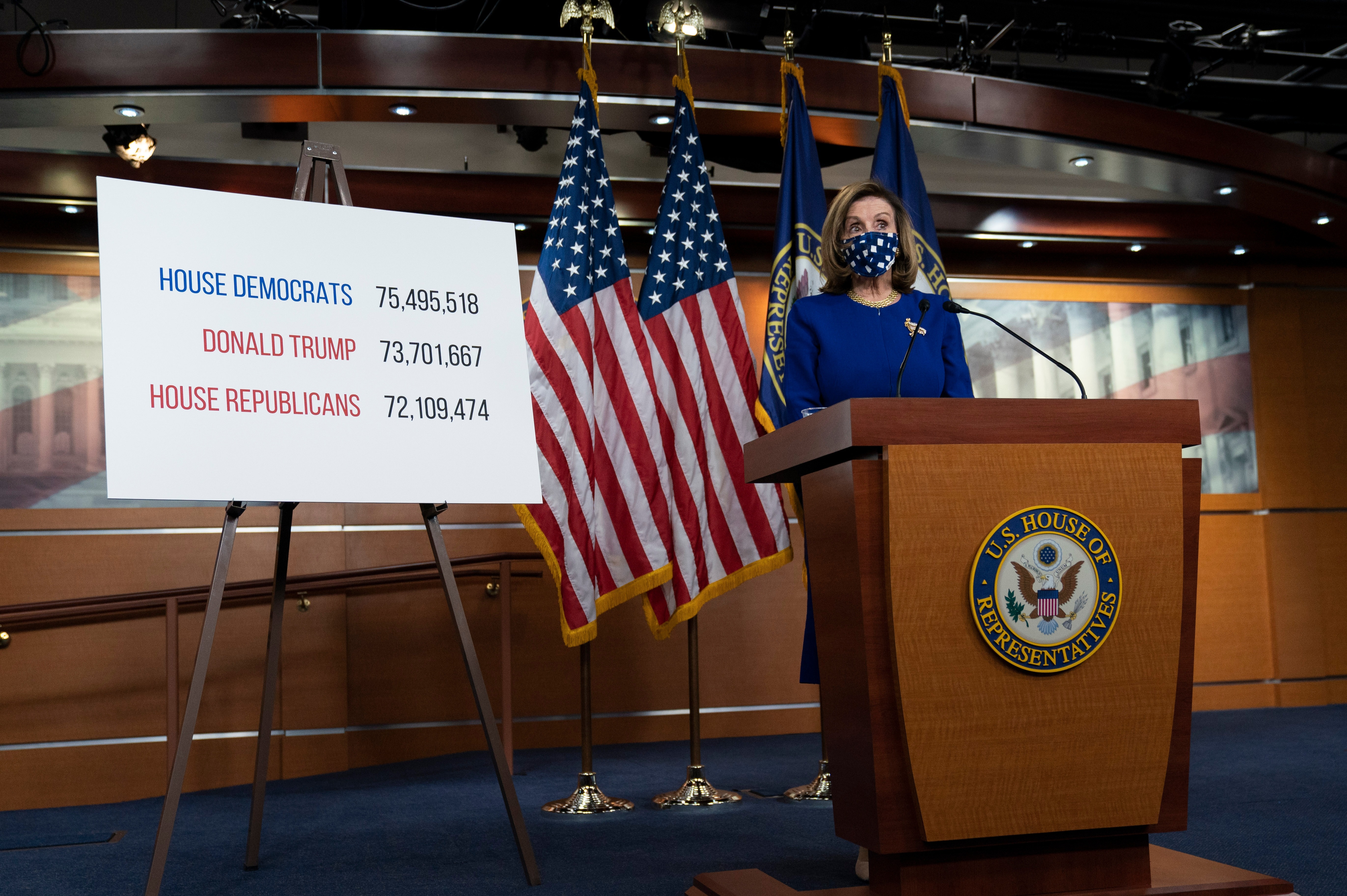 “Some states are taking in more tax revenue this fall than they did before the pandemic. It’s struggling families who need urgent help,” he said.

The Senate Majority Leader went on to claim Republicans have “tried for weeks” to pass another stimulus package.

“Republicans have tried for weeks to pass another targeted rescue package. It would send hundreds of billions of dollars to schools, unemployment aid, another round of the job-saving PPP, and healthcare.

“Democrats repeatedly blocked it all. Let’s hope they let us make law soon.”

President-elect Joe Biden has continued to call for an “immediate relief”.

After announcing his economic team on Monday, Biden delivered hopeful remarks regarding another relief bill, saying his team “will deliver immediate economic relief for the American people”.

“This team is comprised of respected and tested groundbreaking public servants who will help the communities hardest hit by COVID-19 and address the structural inequities in our economy,” Biden said.

Biden’s relief package plea has also been being backed by a more than 100 economists, who’ve called the $1,200 stimulus check “essential”.

The president-elect has urged Democrats and Republicans to work together, saying he thinks the public wants politicians to cooperate. 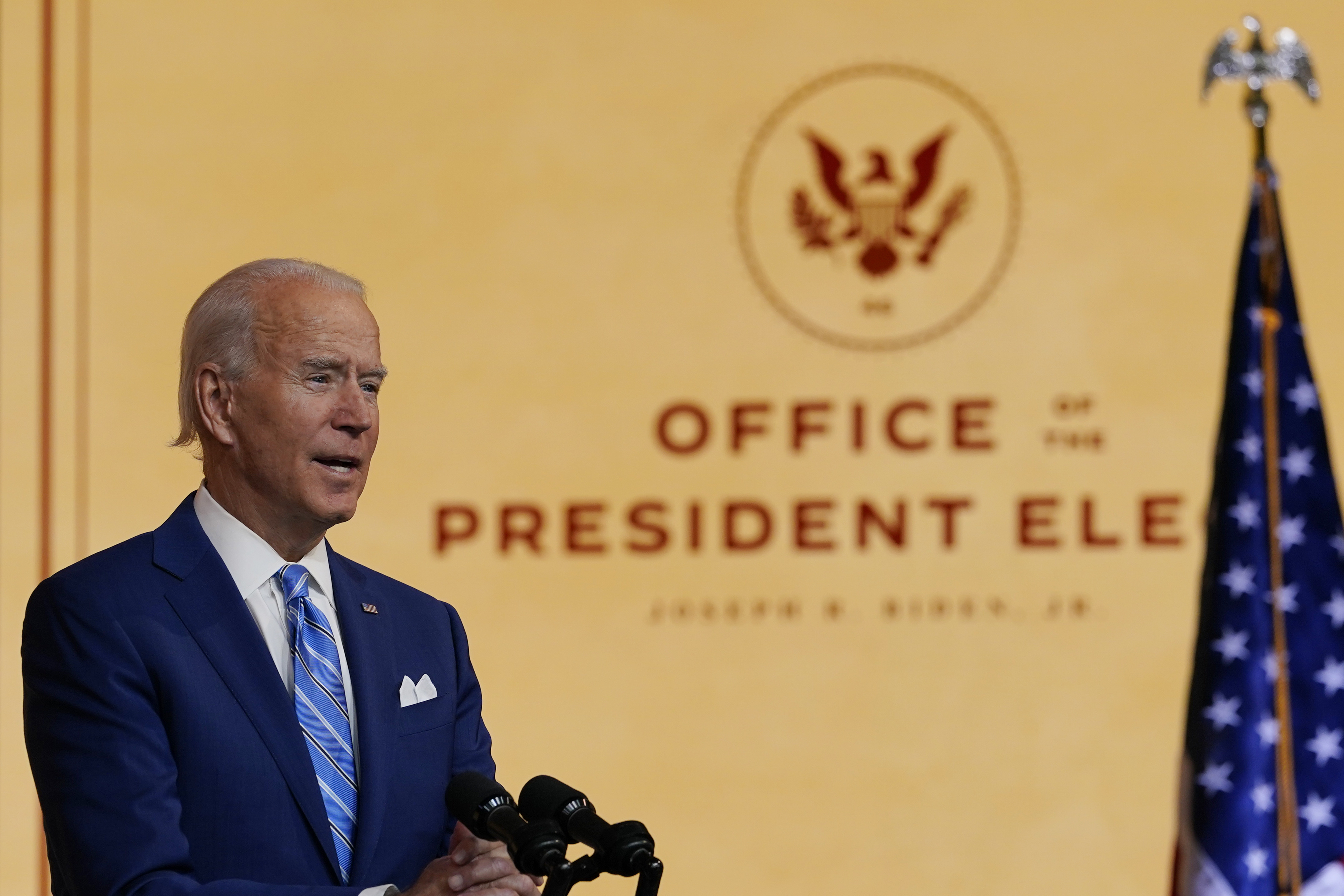 President-elect Joe Biden has called on Republicans and Democrats to work together to reach a deal on another stimulus packageCredit: AP:Associated Press

“The refusal of Democrats and Republicans to cooperate with one another is not due to some mysterious force beyond out control.

“We’re going into a very dark winter. Things are going to get much tougher before they get easier.”

The major issues that come in the way of an agreement have to do with education funding, money allocated toward state and local government, coronavirus testing and unemployment benefits.

All of the most significant stimulus programs featured in the CARES Act are set to expire on Dec. 31, 2020.