Study shows miscarriages are more common in the summer

For any week of pregnancy, the risk of miscarriage is still 31% higher in late August compared to late February, according to research (Picture: Getty Images/iStockphoto)

As Britain grapples through the end of another heatwave, new research has revealed that there’s an increased risk of miscarriages during the summer months.

The study, which was conducted by researchers from the Boston University School of Public Health (BUSPH), found that pregnant women in North America have a 44% higher risk of an early miscarriage in the summer — especially late August — than they do in the winter months like February.

An early miscarriage is defined as a miscarriage that occurs within the first eight weeks of pregnancy. However, for any week of pregnancy, the risk of miscarriage was still 31% higher in late August compared to late February – according to this research.

Dr. Amelia Wesselink, one of the study’s corresponding authors, said: ‘Any time you see seasonal variation in an outcome, it can give you hints about causes of that outcome.

‘We found that miscarriage risk, particularly risk of “early” miscarriage before eight weeks of gestation, was highest in the summer.

‘Now, we need to dig into that more to understand what kinds of exposures are more prevalent in the summer, and which of these exposures could explain the increased risk of miscarriage.’

How do you cope with a miscarriage? 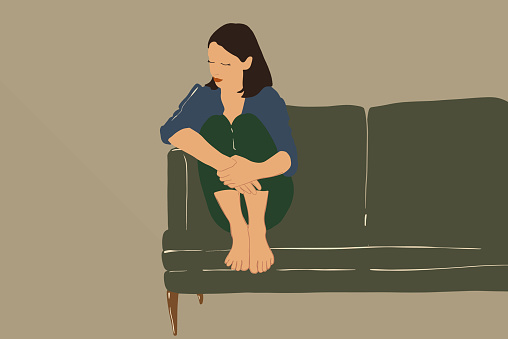 ‘You have the right to share as little or as much as you want’ (Picture: Getty Images/iStockphoto)

Miscarriages are a traumatic experience for anyone, so Metro.co.uk spoke to experts about how to navigate this loss.

Psychotherapist Caroline Plumer points out that often people are ‘conditioned’ to avoid talking about their pregnancy until they reach the 12-week benchmark — but that doesn’t make early miscarriages any less diffuclt to deal with.

She explains: ‘Unfortunately miscarriage is very common, and many of us have been conditioned into the belief that we can’t talk about pregnancy until we are post-12 weeks.

‘This is perfectly appropriate for some, but for others this means the pain of an early miscarriage goes unshared and unsupported.’

She adds: ‘Regardless of where you are in your pregnancy, this is your personal journey and you have the right to share as little or as much as you want. If you do suffer a miscarriage, however early, you are entitled to your feelings about it.’

Therapist Sally Baker adds that miscarriages often come up often with her clients.

She says: ’These losses are noted and remembered by many women even decades later.’

As Caroline points out, a lot of people feel unable to talk about a miscarriage if it happened early on in the pregnancy.

Sally explains that, for a lot of people, this can make miscarriages feel like an ‘unacknowledged event — almost like a secret.’

She continues: ‘There are many layers to the grief of miscarriage of a wanted baby and they need to be led by the woman and hopefully her partner to navigate a path through grief.

‘If possible, take time to experience the loss – but this isn’t easy when employers often don’t recognise a miscarriage within their compassionate leave provision.’

It’s not your job to solve it or make it better, she explains.

Caroline adds: ‘Avoid well-meaning statements about how common it is, or trying to silver line it with statements like “at least you know you can get pregnant.”‘

Sally also encourages well-meaning loved-ones to give the person some space, adding: ‘If friends and family were invested in the pregnancy a women who has miscarried can find herself engulfed by other people’s distress or well-meaning comments to diminish her loss.’

Ultimately, if someone in your life experiences a miscarriage, Sally says the most important thing is to ensure that person knows that they’re valid – no matter how they choose to grieve.

‘For every woman who wants to stoically and privately move on, there’s another who will need to mark her loss with either conversation or ritual,’ she explains.

‘All ways are valid as long as it meets the woman where she is and gives her an opportunity to process her emotions and heal.’

HOSPITAL admissions for Covid have doubled in the past two weeks. NHS figures show there are now 1,129 new patients...