SUNDERLAND have postponed their League One clash with Accrington Stanley on Tuesday night due to a coronavirus outbreak at the club.

The Black Cats are reported to have thirteen positive cases in their playing staff, including all three senior goalkeepers. 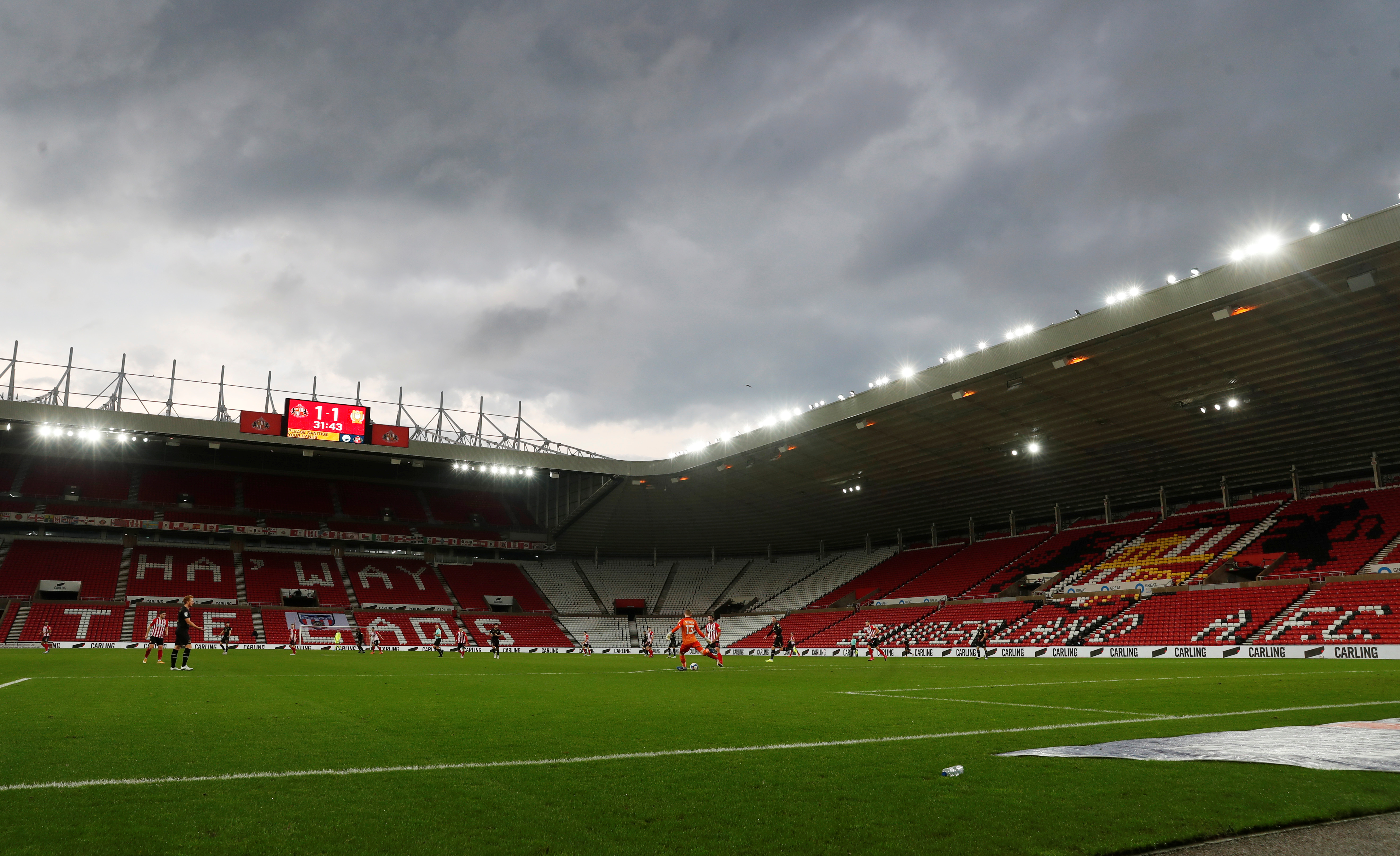 Sunderland have been forced to postpone a fourth game due to a coronavirus outbreakCredit: Reuters

A number of players self-isolating would have only been able to rejoin the rest of the group on Tuesday – the day of the game itself.

SunSport previously reported that Sunderland had been forced to shut down their training ground for ten days.

Tuesday’s away clash at Accrington has been the fourth game the League One club have had to postpone.

Sunderland’s matches against Blackpool, Hull City and Shrewsbury already needed to be rescheduled.

A club statement said: “Scheduled to take place on Tuesday 29 December, the club has informed the EFL that it will be unable to play the fixture due to the ongoing effects of a Covid-19 outbreak at the Academy of Light.

“Due to the scale of this outbreak and the volume of positive tests returned by players and staff, the club has taken the decision to postpone the game based solely on the health and wellbeing of all effected.

“Lee Johnson’s side are now set to return to action in the New Year, kicking off 2021 with a trip to Northampton Town on Saturday 2 January (KO 3pm).”

A further statement from the EFL added: “The club informed the EFL that they would be unable to fulfil the fixture following the recent positive Covid-19 tests and the requirement for players and staff to self-isolate as per EFL and Government guidance in order to mitigate against the risk of further infection.

“The circumstances around the postponement will now be the subject of an investigation in accordance with EFL regulations.

“A revised date for the rearranged fixture will be confirmed in due course.”

Sunderland are now 11th in the League One table following a 1-1 draw with AFC Wimbledon during their last outing earlier this month.