TESCO workers have been left feeling “on edge” after a female manager died during a Covid outbreak.

Some 50 staff working at the store in Stretford, Greater Manchester, are now ill or isolating, while the rest must test negative before every shift. 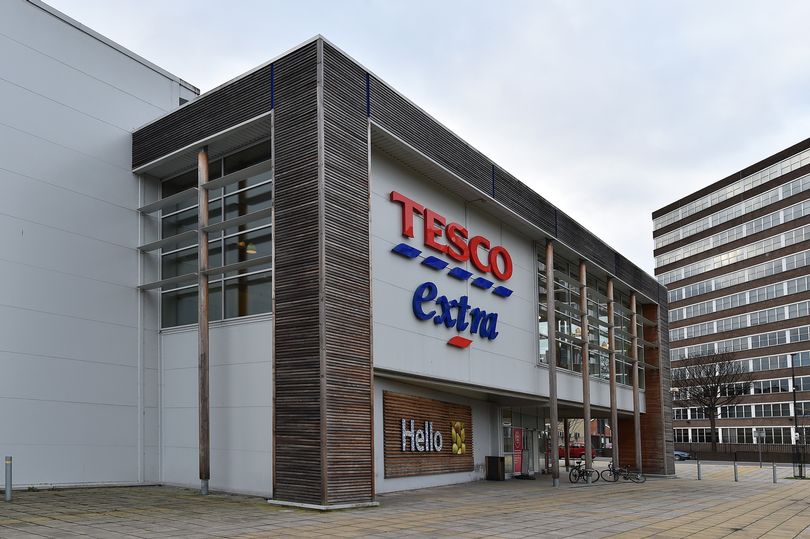 A female manager at the Tesco Extra in Stretford, Greater Manchester, has died after a Covid outbreakCredit: MEN Media

The store was busy today with shoppers queuing outside Credit: Zenpix

Security staff are also separating family members as they enforce a strict one shopper rule at the store in the shadow of Manchester United’s Old Trafford stadium.

One worker told The Sun: “It’s very tense in there and people are on edge.

“The person who died is a female manageer so she came into contact with a lot of people.

“We have to go to the town hall to get a Covid test before we are allowed to work.

“People are frustrated at it all and that our work times have not changed. It’s not good.”

One member of staff was checking on shoppers as they queued to go into the superstore which is now open.

Sharon Morris, 43, said: “A man in his 80s was trying to get in with his wife and he was told he couldn’t come in.

“A security guard came down the escalator to stop him getting in and reinforce the point. 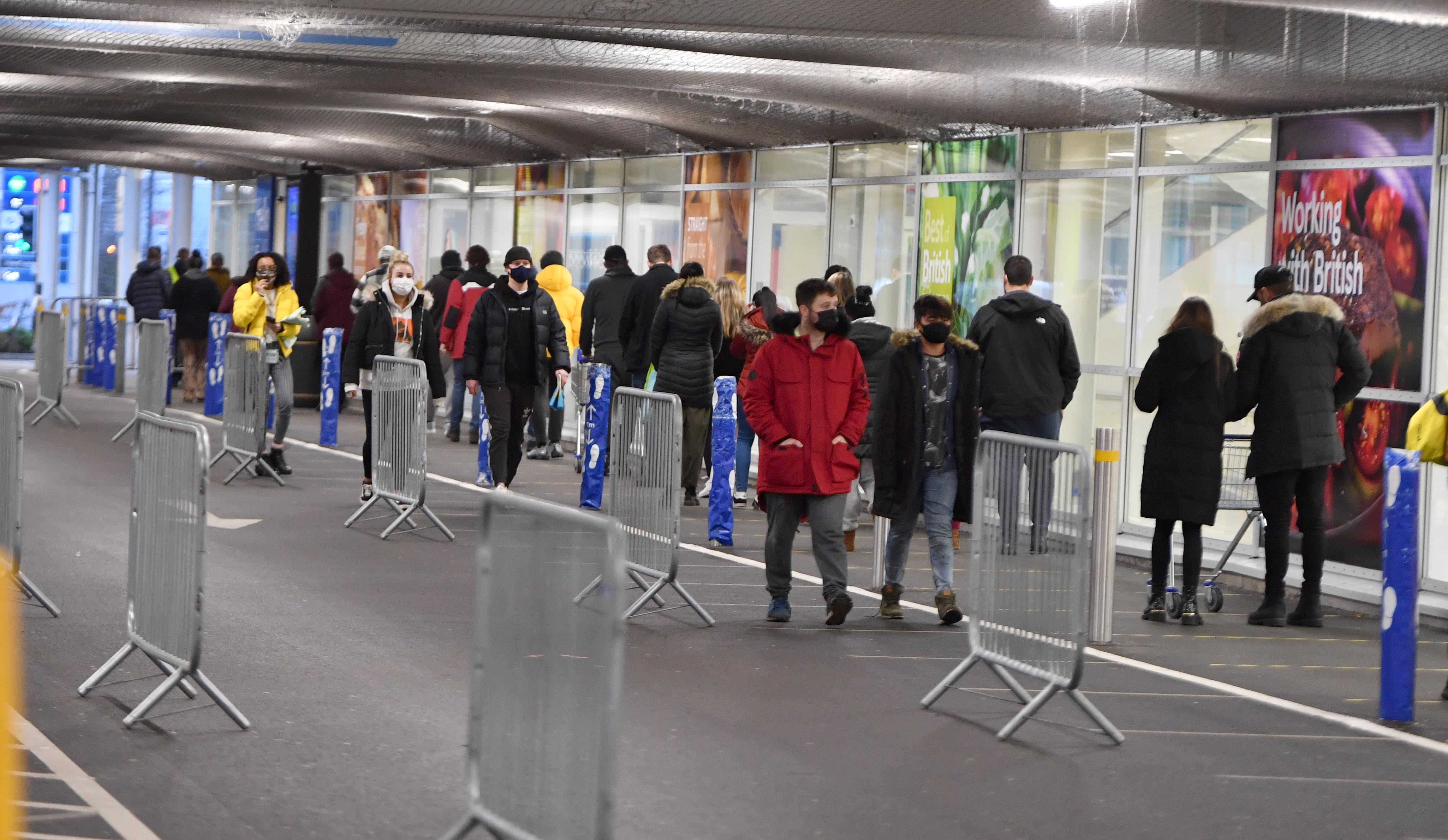 The store has been open despite the staff outbreak Credit: Zenpix 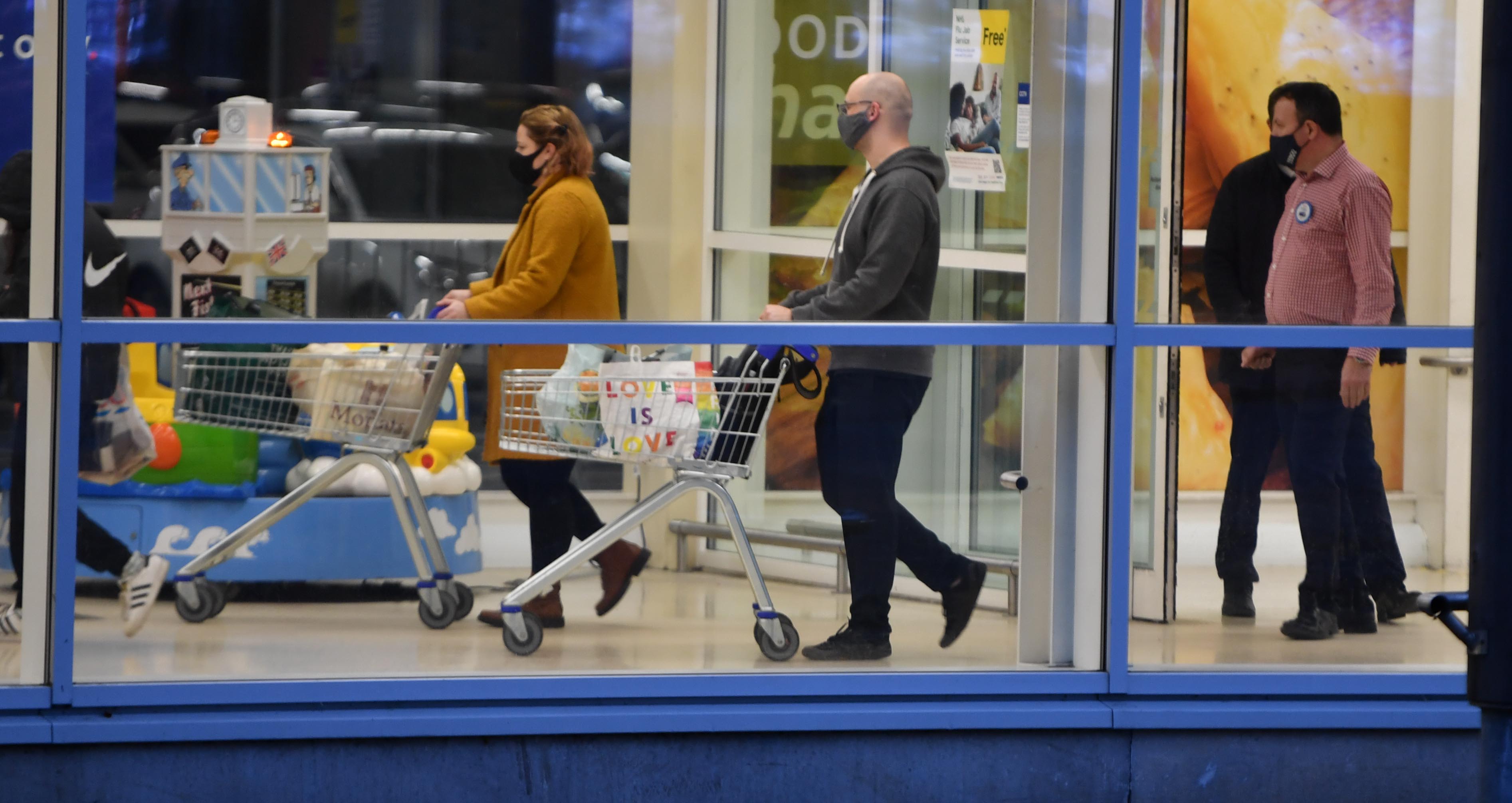 Some customers were turned away because of strict restrictionsCredit: Zenpix 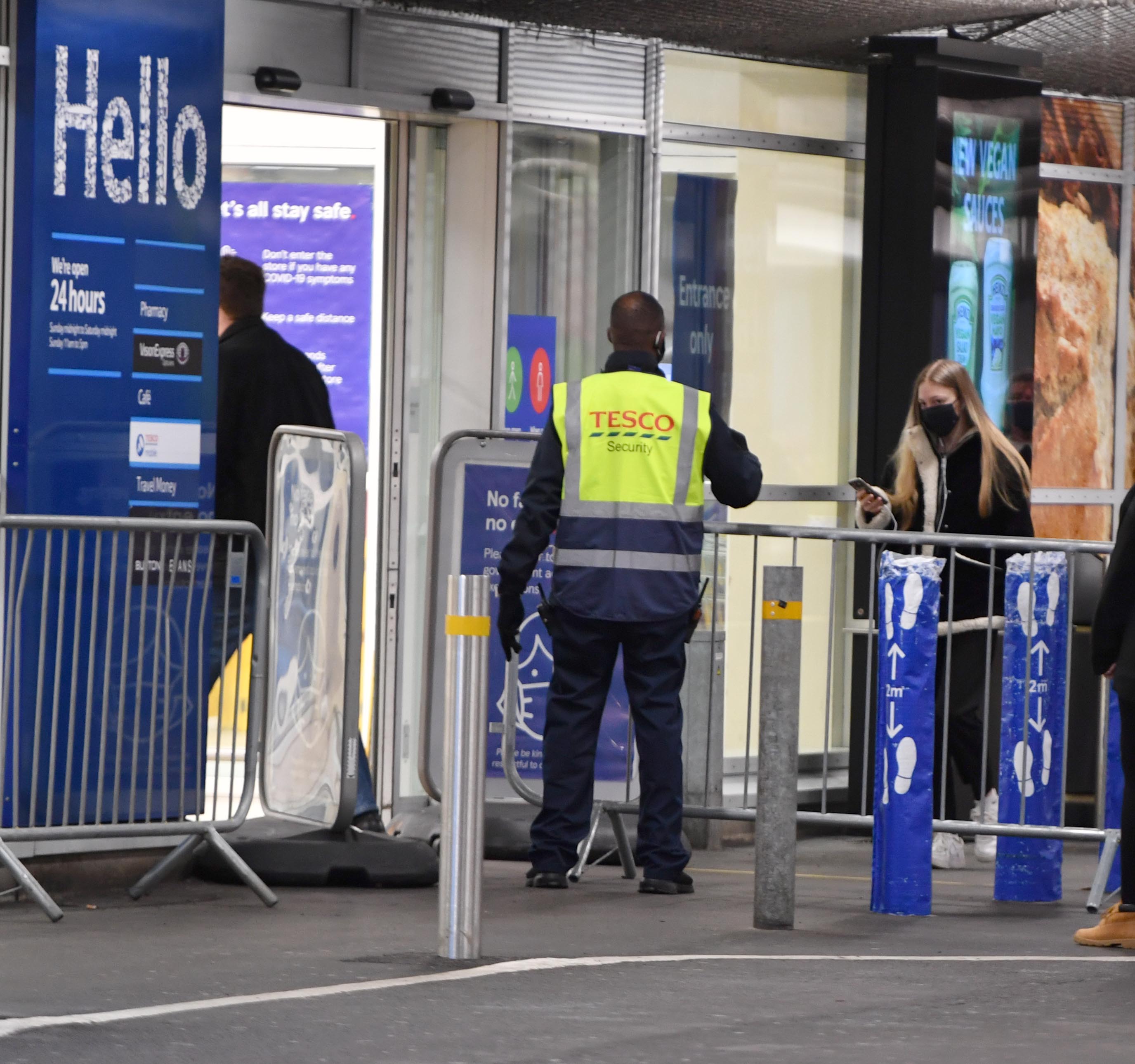 “He was arguing and seemed upset that his wife had to go in alone.”

Shoppers were today being turned away from the Greater Manchester store, it’s reported.

It comes amid a massive spike in infections in the Trafford area, up by 35 per cent in the week ending January 8.

Nationally, the rise was 12 per cent.

However, chiefs at the business haven’t officially confirmed the cause of the worker’s death ‘out of respect for the employee’s family’.

It’s reported that up to 50 people who work at the Tesco Extra store are in isolation as a result of the outbreak.

Officials said a “number of colleagues” are unable to work because of “self-isolation, Test and Trace or Covid-19“.

But the family of one worker said: “One person has died, and in the past week, 50 members of staff are off with Covid or are waiting for results.

“Yet the store is just telling staff to wash their hands, and they won’t be reprimanded for going to the toilet too much.”

Tesco insists ‘extensive measures’ are in place across all stores, including a limit on the number allowed inside at any one time.

Social distancing signs are also in place, they said, while sanitising stations have been set up and checkout workers are protected by screens.

The tragedy in the Manchester branch happened after two died following virus outbreaks at a Scottish Tesco.

Ann Weir and a male colleague at the Covid-hit Greenock Extra store died earlier this month.

It’s understood the pair died within days of each other, leaving colleagues devastated.

Ann’s daughter paid an emotional tribute to her “one of a kind” mum. 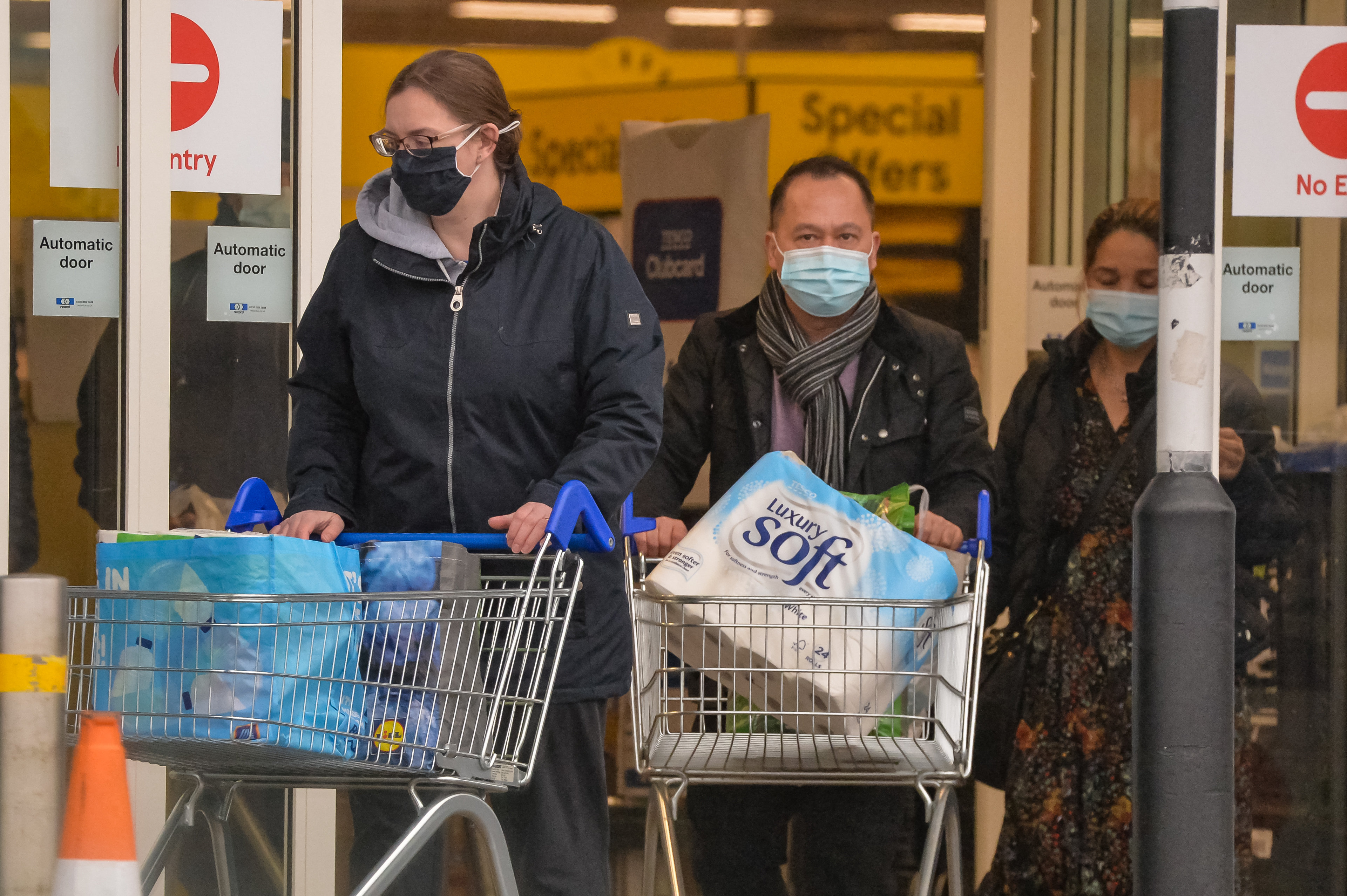 Tesco has refused to confirm the cause of the worker’s death Credit: SWNS:South West News Service 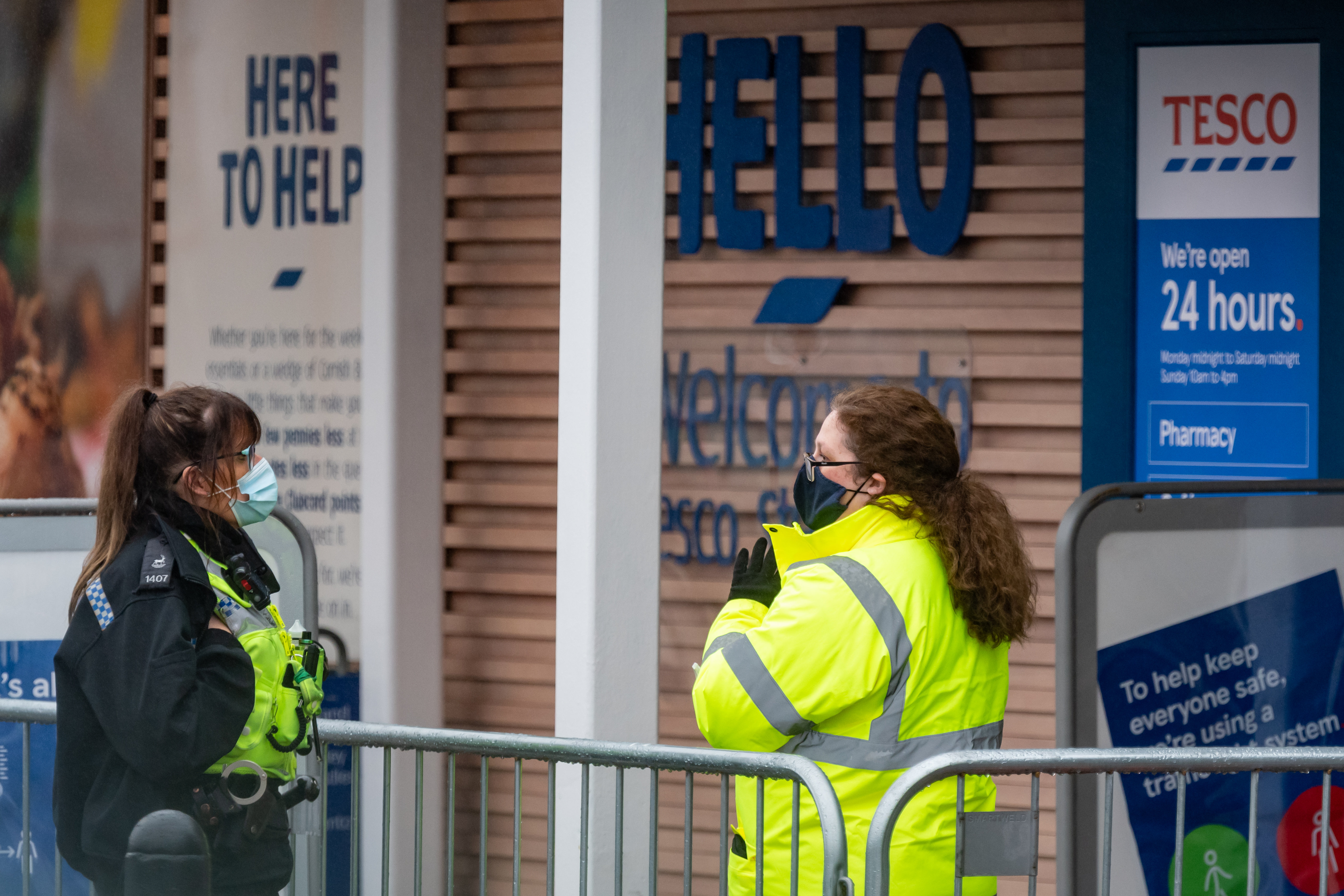 However, chiefs say extensive safety measures are in place across all of its storesCredit: SWNS:South West News Service 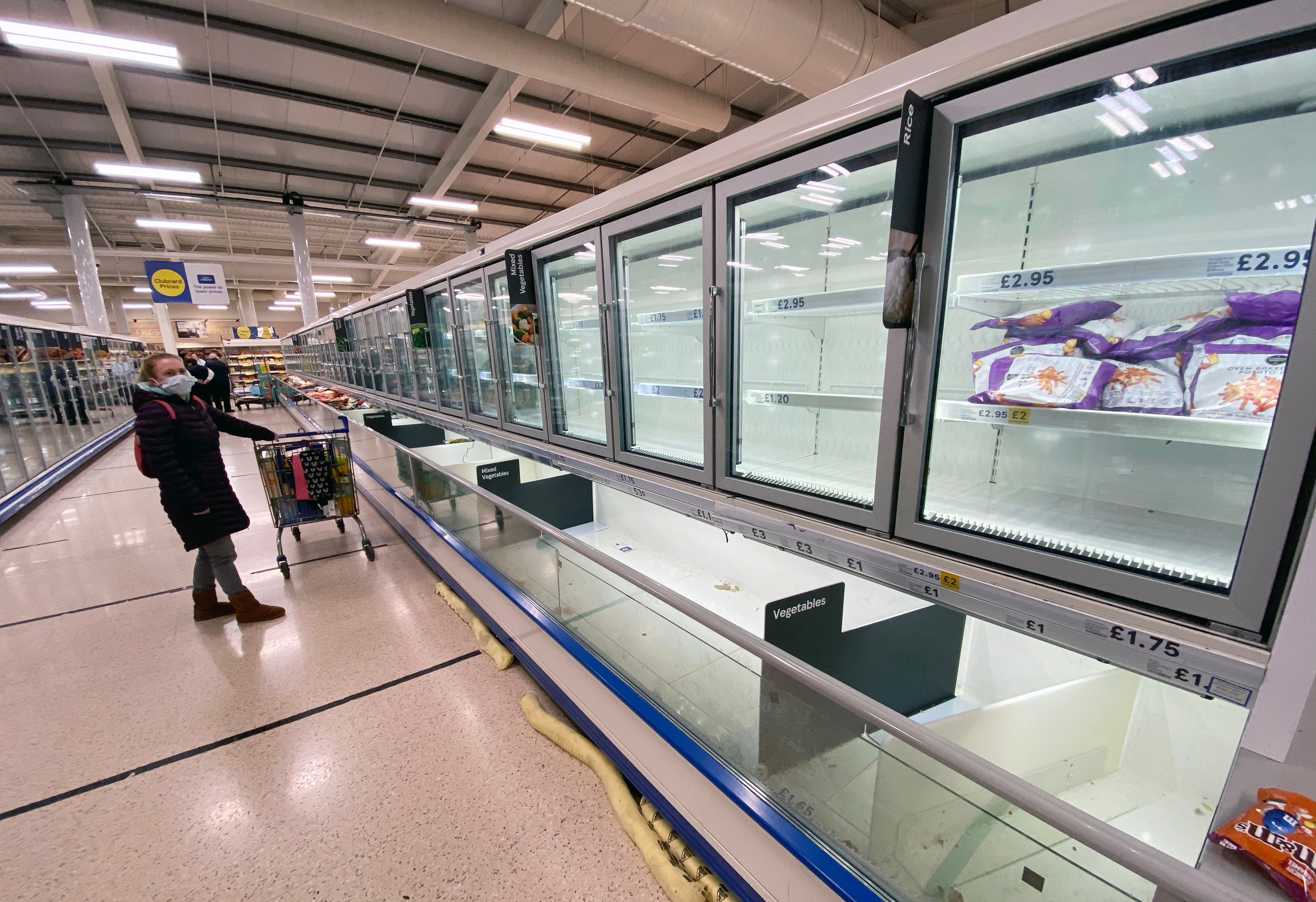 Shoppers have been told they must wear masks inside branches Credit: Getty Images – Getty

Meanwhile, Boris Johnson yesterday warned shoppers about the risk of picking up goods in supermarkets.

It is the first time Mr Johnson has warned against handling goods in stores.

“Please remember that this disease can be passed on, not just by standing too near someone in a supermarket queue, but also by handling something touched by an infected person,” he said during his national address.

“Remember also that one in three people with Covid-19 have no symptoms and that’s why the original message of ‘hands, face, space’ is as important now as it has ever been.”

Supermarkets have been warned to be stricter on shoppers who aren’t complying with coronavirus rules, with security guards on the doors of many branches to ensure masks are being worn.

Currently, rules on food shopping during the pandemic are just guidelines – but they could be made into law in the future.

The warning has prompted many major supermarkets, including Tesco, to ban shoppers from entering without a mask.

A spokesperson from the store said: “A number of colleagues at our Streford store are off work due to self-isolation, Test and Trace and Covid.

“The safety of our colleagues and customers is our number one priority and we’re following all Government guidance, working closely with public health authorities and taking all the relevant precautions.

“We have extensive measures across all of our stores to help keep everyone safe.

“We are deeply saddened by the loss of a colleague at our Stratford store and we’re supporting our colleagues at this difficult time.” 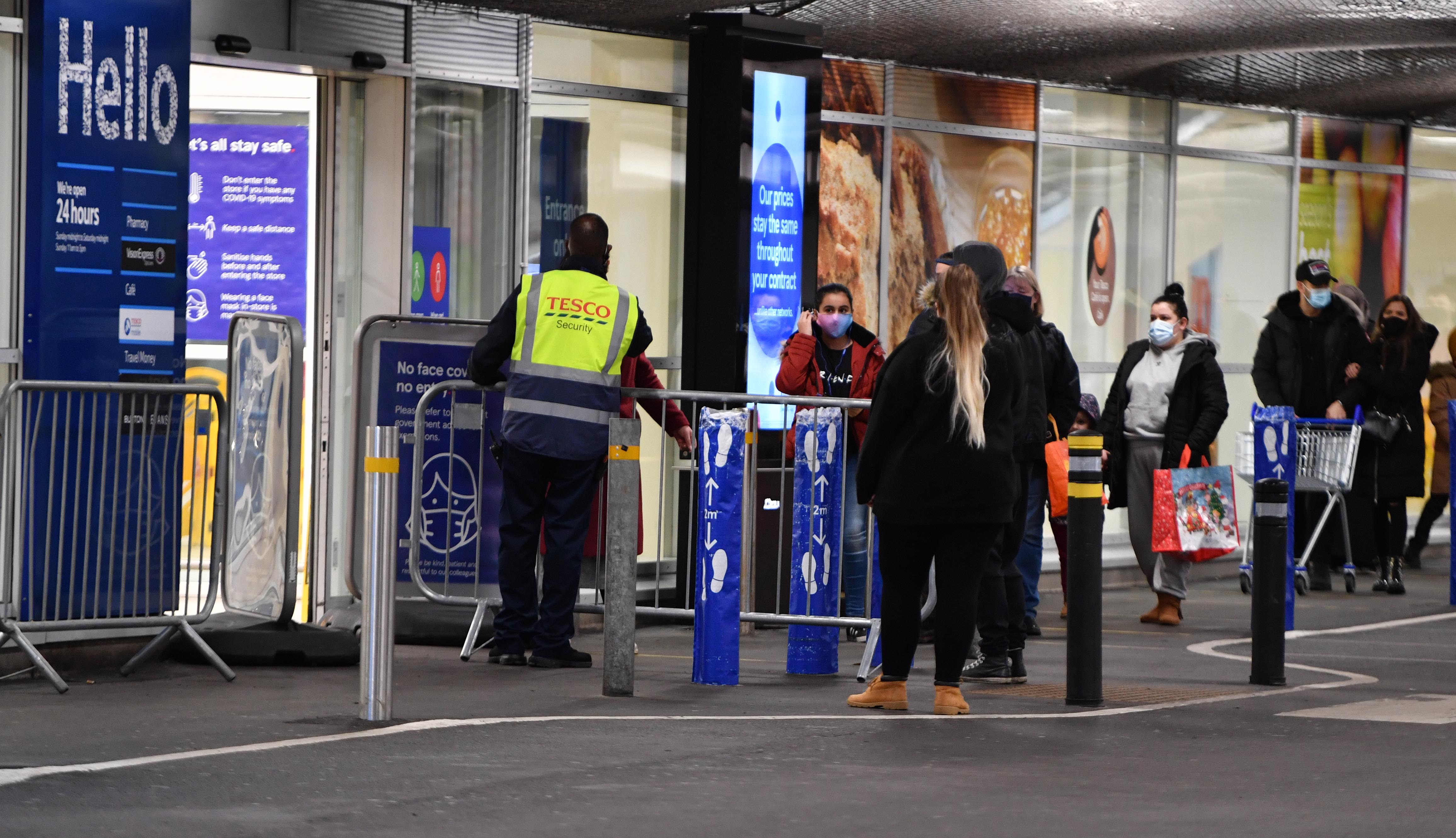 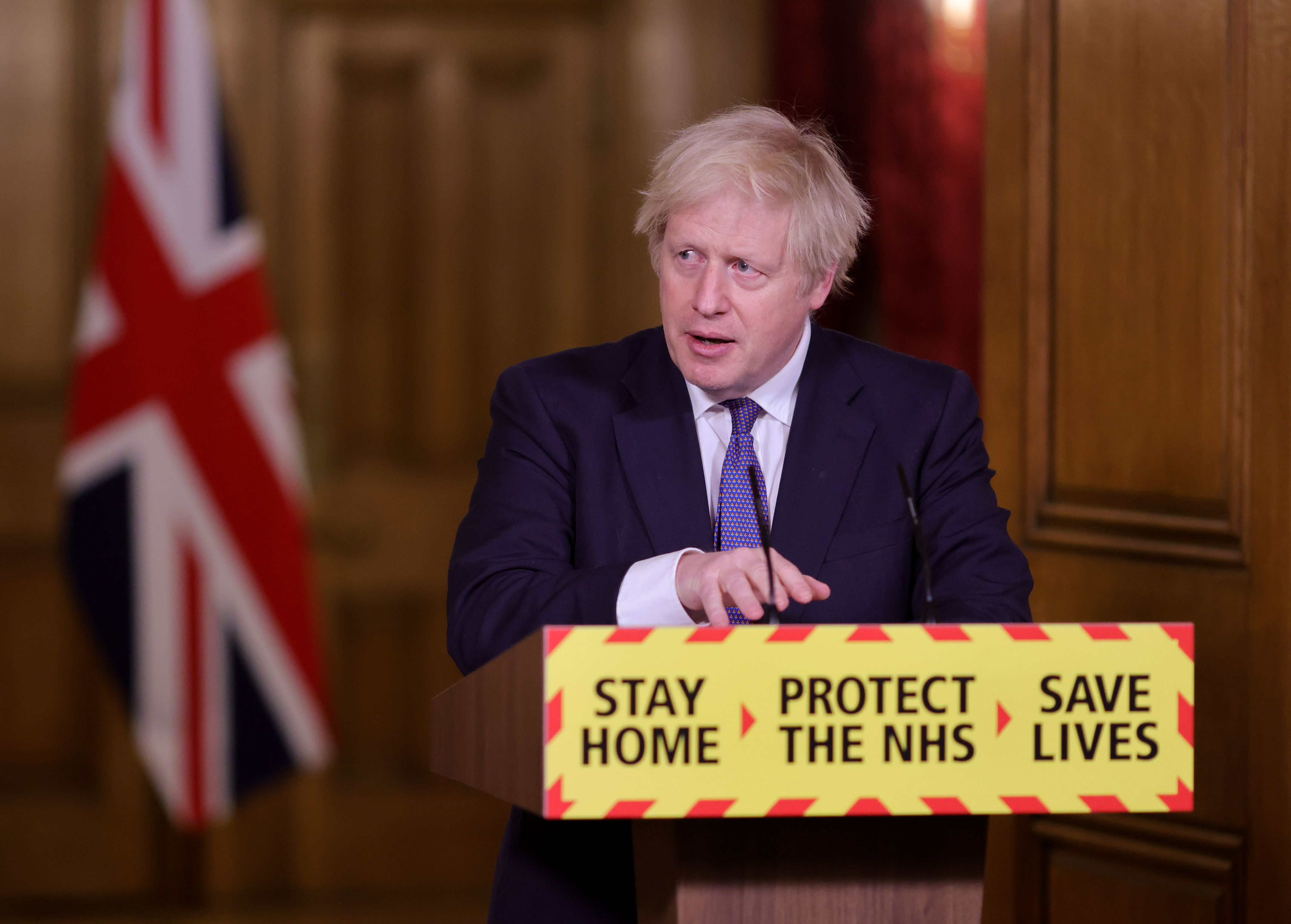