THOUSANDS of anti-vax protesters descended on Central London today for a demonstration against Freedom Day and the introduction of vaccine passports.

Protesters packed Trafalgar Square as part of the World Wide Rally for Freedom. 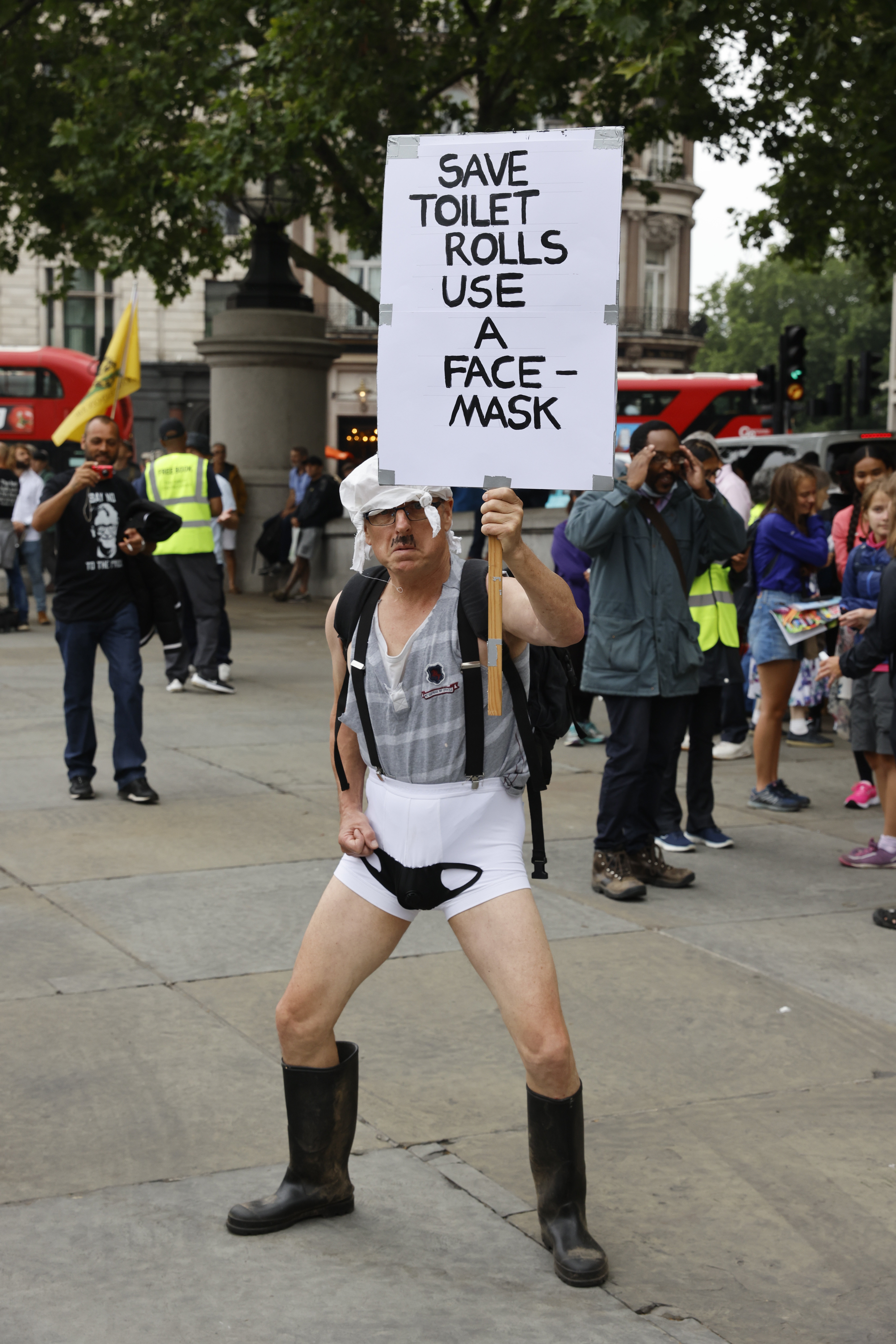 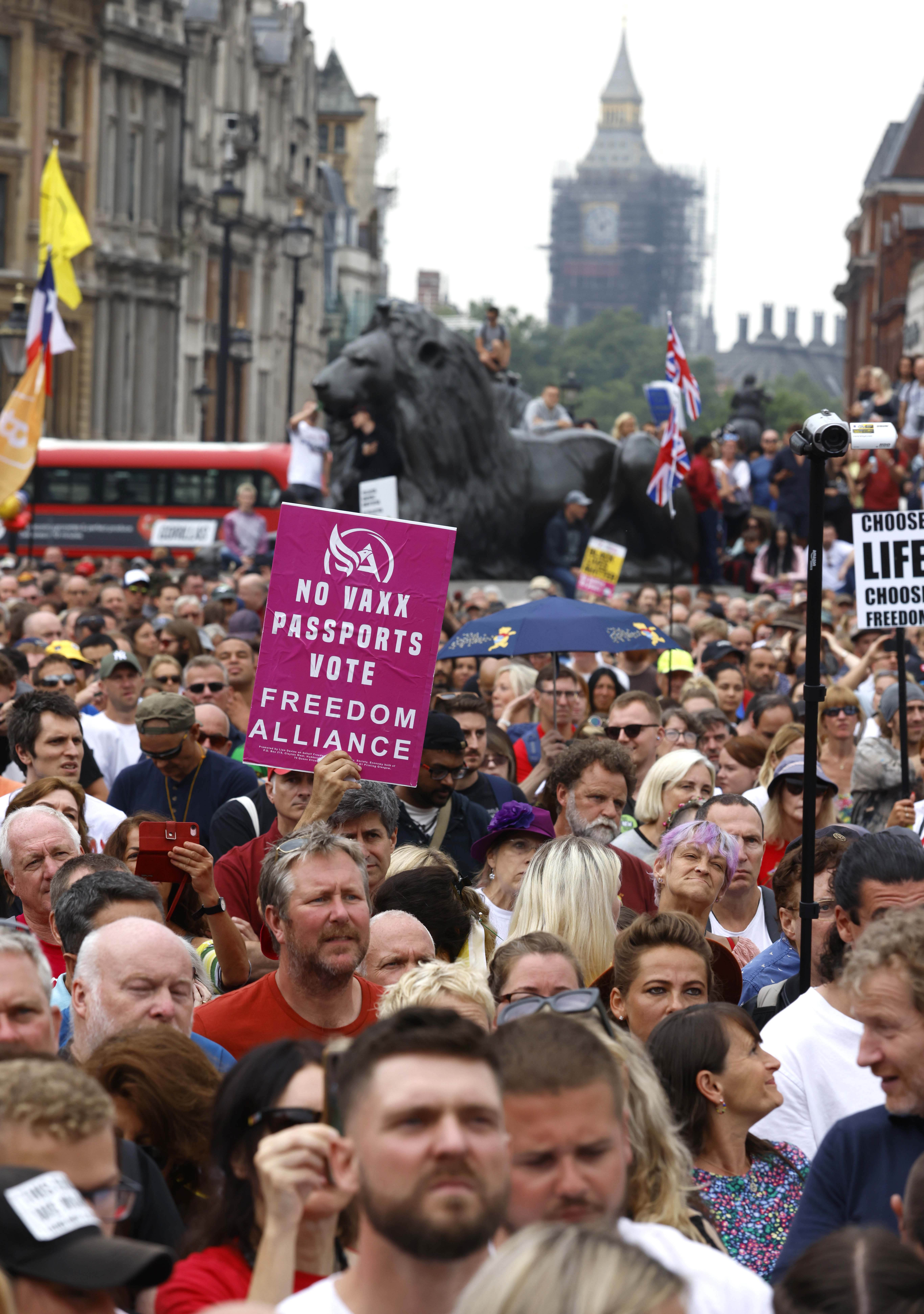 The thousands of demonstrators met in Trafalgar Square in LondonCredit: i-Images

Piers Morgan slammed the demonstrators on Twitter, posting a video of the rally with the caption: “We need an urgent vaccine against these anti-vaxx cretins.”

On Monday Boris Johnson announced that vaccine passports would be required to enter a nightclub from September.

Only double-jabbed Brits will be allowed to dance the night away from the end of September in a bid to boost take up among 18-30-year-olds.

Monday saw violent anti-lockdown protesters pelted police with bottles despite the rules having been lifted on Freedom Day.

After months of constraints, the country finally reached the last step in the government’s unlocking road map.

But anti-lockdowners have still flocked to the centre of London with anti-vaccination and anti-police signs.

Protesters chanted “shame on police” and “arrest Boris Johnson” as the demonstration moved from Parliament Square to spread onto the road and up to the gates of the Palace of Westminster.

Meanwhile, vaccines have forced down waves of Covid deaths to just ripples despite a spike in the number of reported cases.

Hospital patients are, on average, younger, less poorly and able to leave the wards faster than in previous waves, analysis shows.

They’re also less likely to end up in hospital in the first place, need a ventilator, or die from the deadly virus.

It comes as the number of infections reported in the UK is finally beginning to drop.

Yesterday, a further 36,389 cases were diagnosed overnight – a drop of almost a third from the 51,870 reported last Friday. 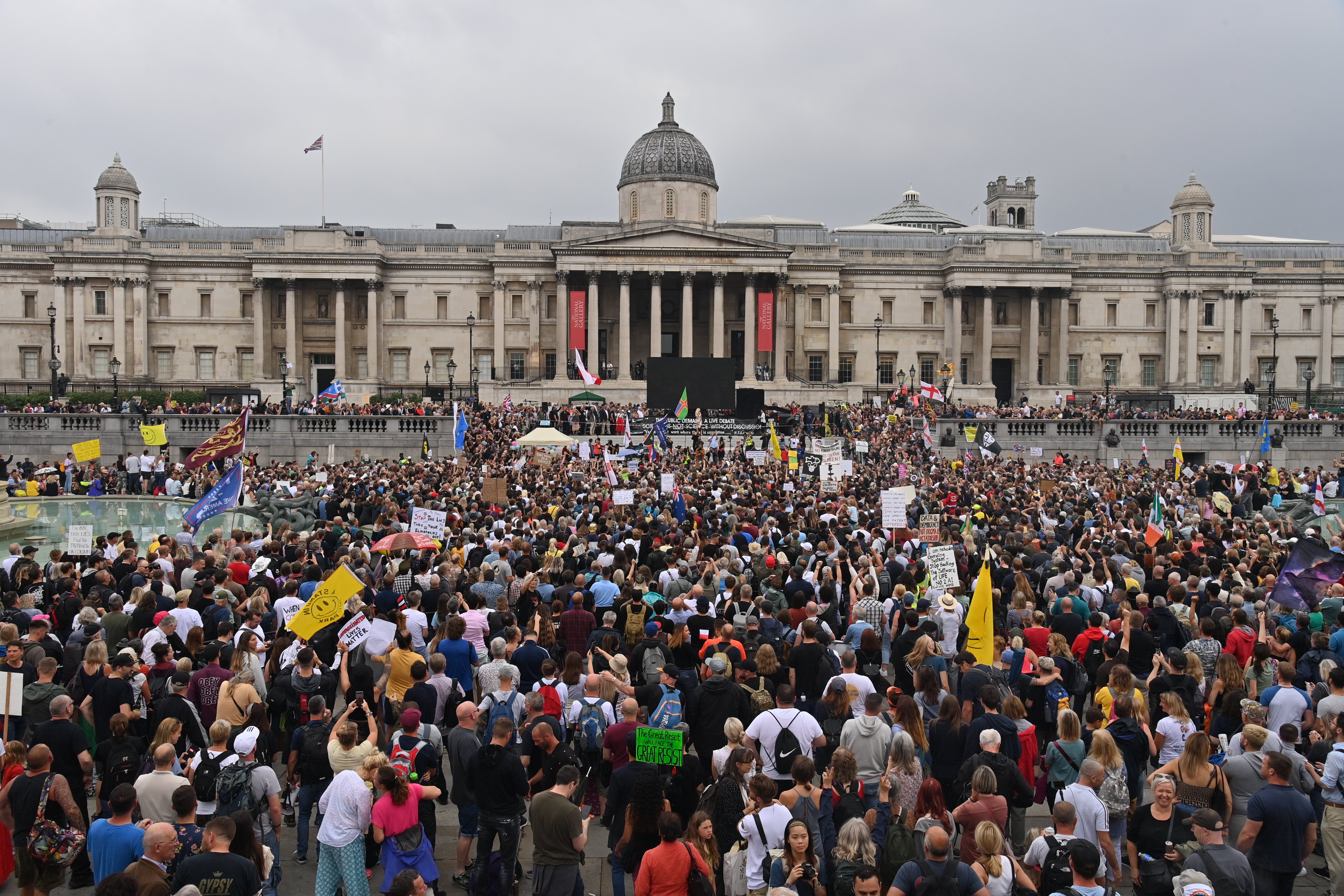 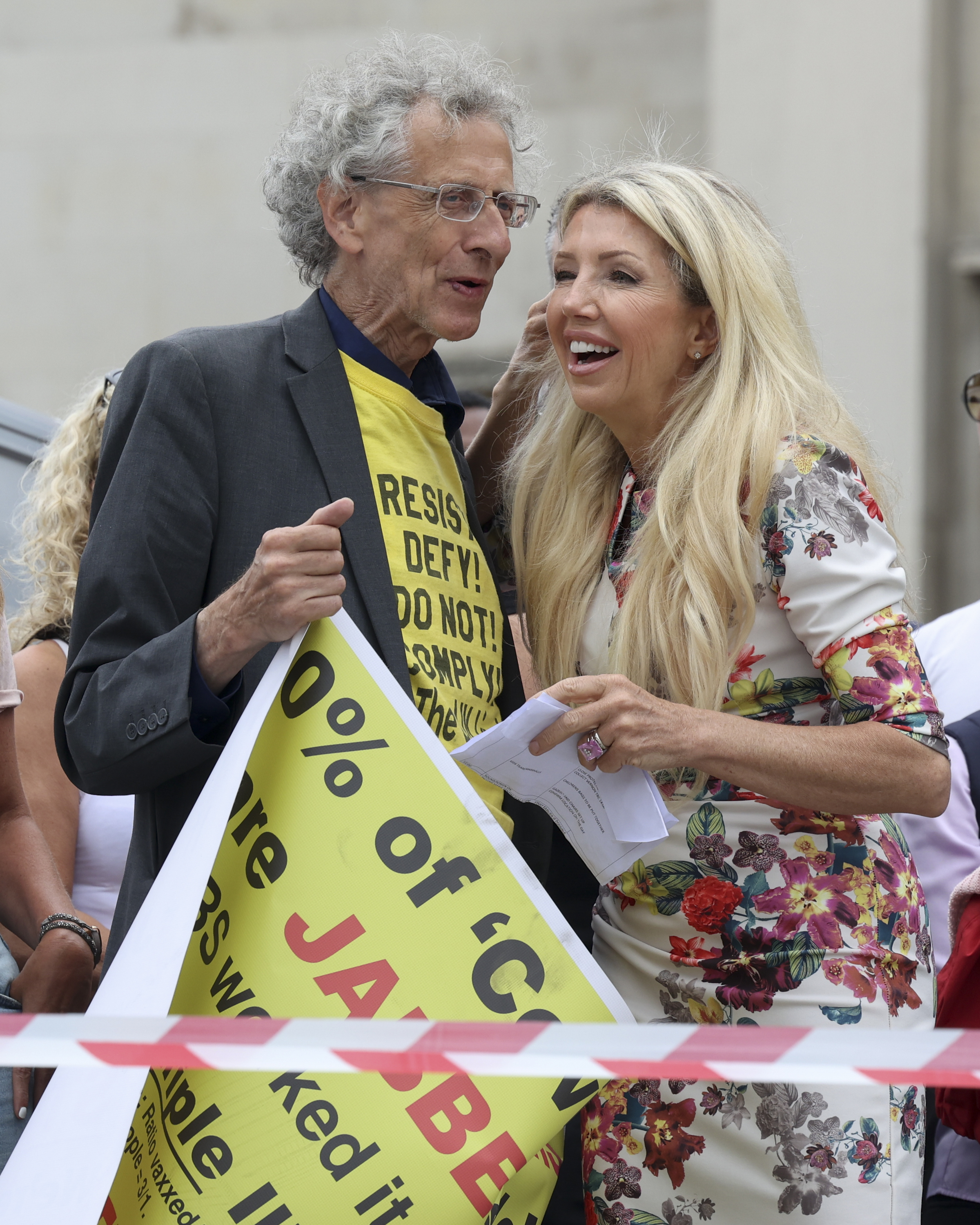