TIER 2 drinkers are ready to toast the end of lockdown with breakfast beers and a trip to the local today.

The country has been in severe restrictions since November 5, with pubs shut and mingling banned until this morning.

Excited drinkers planned to celebrate the return of pubs today 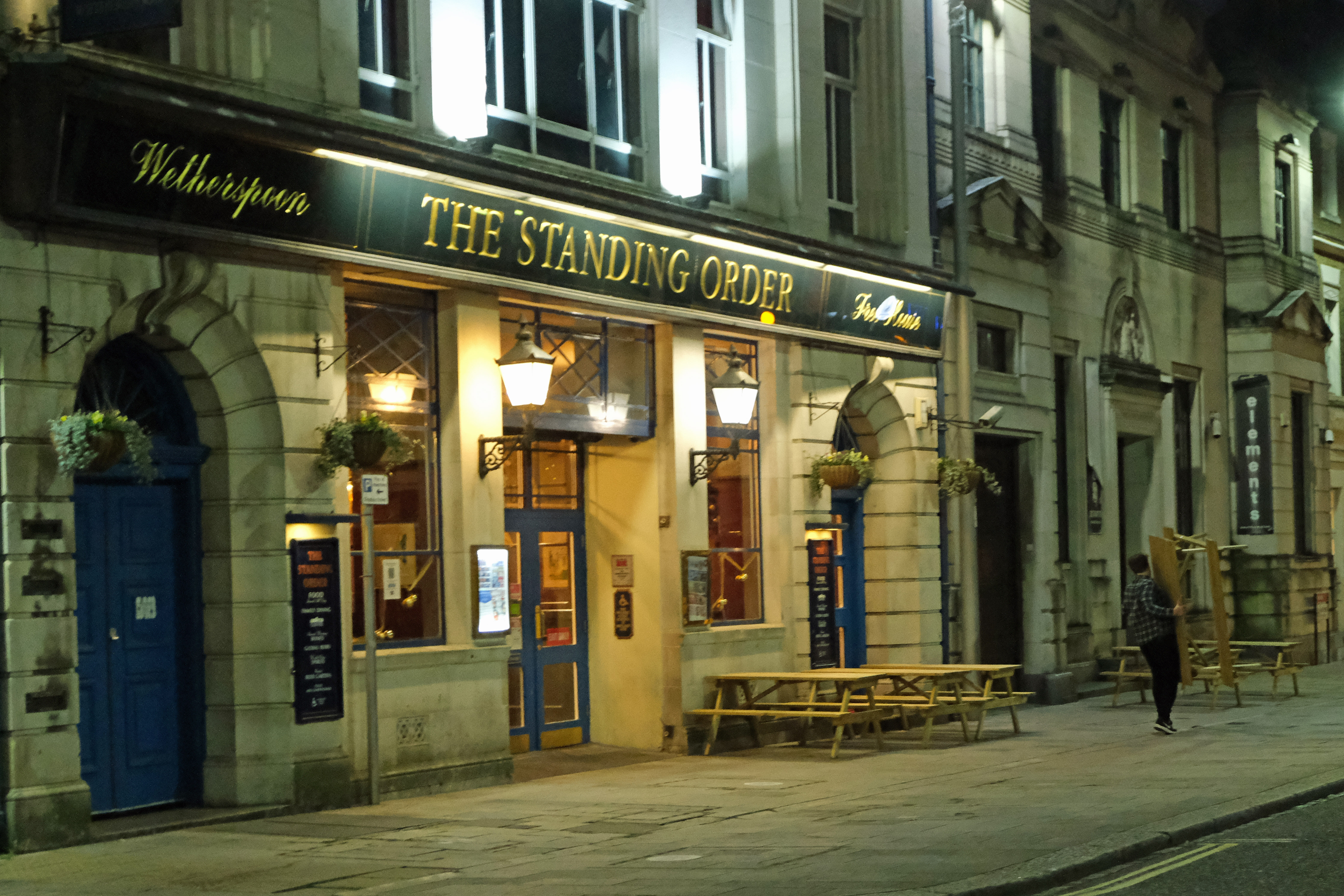 A Wetherspoons pub in Southampton getting ready for the first day of trading again after lockdownCredit: W8MEDIA

Today the country has moved back into a “beefed up” tier system – with restaurants and shops allowed to open back up.

And excited people have already been planning their first festive tipple to toast the second lockdown ending.

One person wrote: “I’m off for a cooked breakfast and a pint.”

A Brit keen to hit the pub tweeted: “And we’re out of lockdown! Woohoo! Who wants to come to the pub with me for a pint and a substantial meal?”

And another excitedly added: “Lockdown is over, you can catch me in the pub with my friends tonight.”

Ninety-nine per cent of England are now in the harshest Tiers 2 and 3. In Tier 2 only pubs serving “substantial meals” are allowed to still pull pints for punters.

Debate has raged on what counts as a proper meal alongside a drink, with Environment Secretary George Eustice delighting drinkers by suggesting said: “I think a Scotch egg probably would count.”

However Michael Gove tripped up three times when asked the same question on if the snack would be classed as a meal. 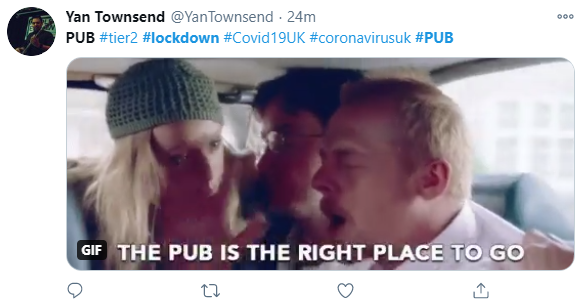 Brits in Tier 2 or 1 can go to the pub once more, but have to stick to the rules 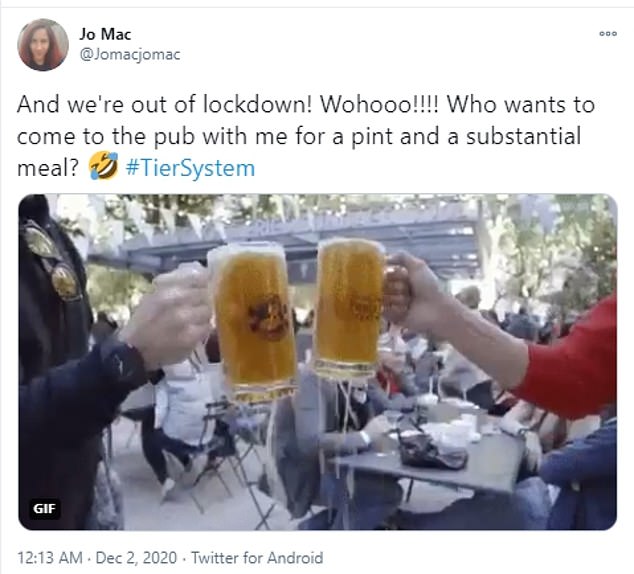 Pubs are throwing open their doors again today in Tier 1 and 2Credit: Twitter 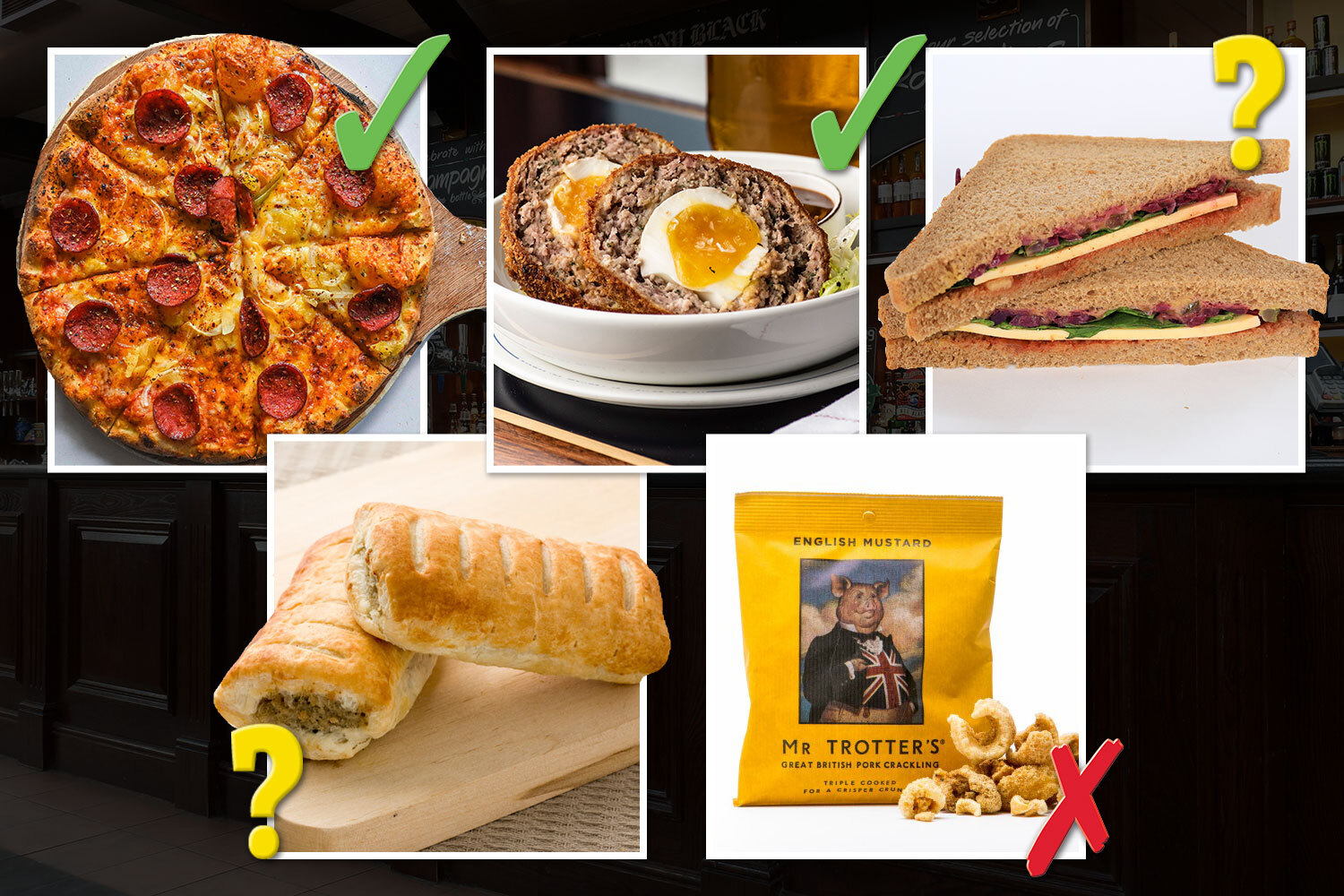 Pubs have curated special menus with cheaper fare specifically for people to order alongside drinks – with one savvy landlord launching a £1.99 “Boris Menu”.

In Tier 3 it’s takeaway only for pubs and restaurants, with people having to wait a little longer to get their hands on a proper pint.

Shoppers were seen queuing in the dark from 5am and gyms reopened at midnight as the national lockdown ended this morning.

Dozens of fitness fanatics flocked to a gym in London, while Brits queued up to to be the first people inside Primark as England moved into the new tier system.

Just 700,000 people – or 1.27 per cent of the population – have escaped strict rules on socialising and going to the pub now the lockdown has ended.

Only the Isle of Wight, Cornwall and the Isles of Scilly are in the lowest Tier 1 – which will face very little restrictions.

Some 32 million people in England (just over 56 per cent of the population) are in Tier 2 – including Liverpool and London.

Brits are ready to toast the end of the second lockdownCredit: Twitter

And nearly 42 per cent (23 million people) are in the top level – featuring large swathes of the North East, North West, parts of the Midlands, and Kent.

Boris Johnson promised last week there was “hope” for all to escape their Tiers – and vowed to review them before Christmas.

But he warned of a possible new national lockdown in January if Brits don’t follow the strict new rules beginning today.

All of England has again been divided into a three-tier system designed to curb the spread of coronavirus.

The measures will be constantly monitored with the areas reviewed every two week – with the first review set for December 16.

There will be a brief reprieve over the Christmas period for Brits living in all Tiers.

From December 23 to December 27 people will be able to leave their local areas and join up in “festive bubbles” with a total of three households.

Mr Hancock has promised there is “hope on the horizon” in the form of a vaccine but “we still have further to go”.

Hospitality bosses warned three quarters of pubs, restaurants and cafes could go bust if the capital isn’t placed into the lowest tier.

Yorkshire and The Humber