A BARMAN has begged punters to only go for a pint if they’re hungry – because meals ordered for the drinks are being thrown into the bin untouched.

Will Dalrymple, who works in a Tier 2 boozer, made the plea as cooped-up Brits head out to raise a glass with pals amid ‘confusing’ new Covid rules. 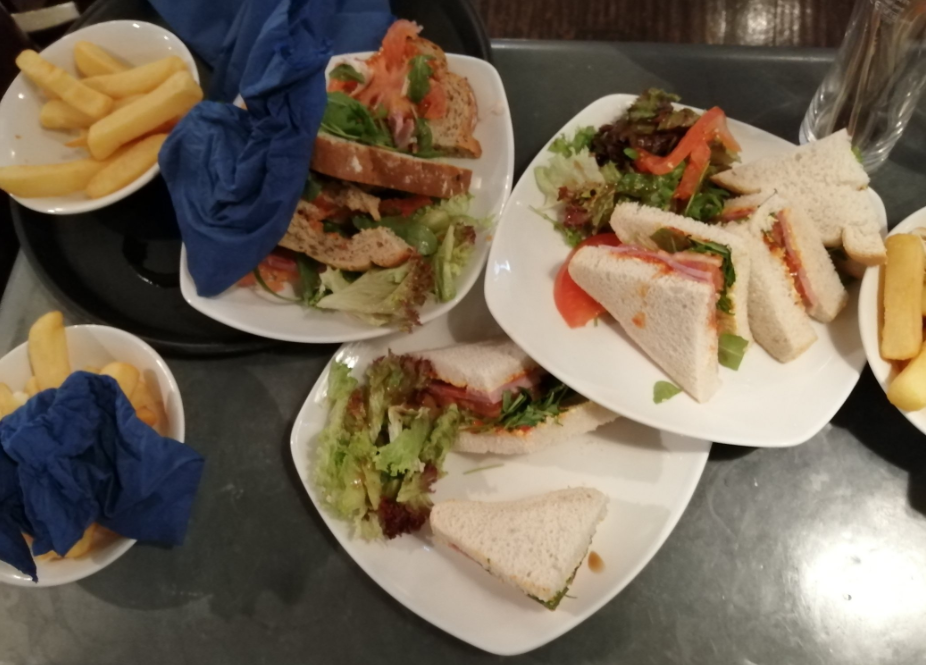 Will Dalrymple says entire meals are being thrown away untouched

He acknowledged that the new rules are tough to follow

In Tier 2 and 3 areas, pub-goers have been told they must order a ‘substantial’ meal to have a drink – although there’s been widespread uncertainty about what actually counts.

Now Will has taken to Twitter to urge drinkers to be ready to eat so that pub grub doesn’t go to waste.

And he shared a photo of three plates of sandwiches with accompanying bowls of chips that had been left uneaten by punters.

In a string of messages, he said: “Don’t go to the pub unless you are hungry.

“All this food went in the bin because three people wanted two Morettis each.

“With everything in the news about people relying on food banks and free school meals, this is utterly obscene.”

Admitting the rules are challenging to follow, Will said: “As I understand it, the idea behind the rules is to effectively turn pubs into restaurants – places you go to eat, with a drink, rather than drink, possibly with food.”

He said the Government’s aim is to “discourage people from getting p*ssed and neglecting to follow all the other rules, and to prevent people hanging around in pubs all evening”.

Brits are currently being told they must leave a pub when their food is finished under the rules.

Will said the laws are “difficult to enforce” and haven’t been properly explained to the public, but added: “If you’re desperate to go to or support a pub, go when you’re hungry. 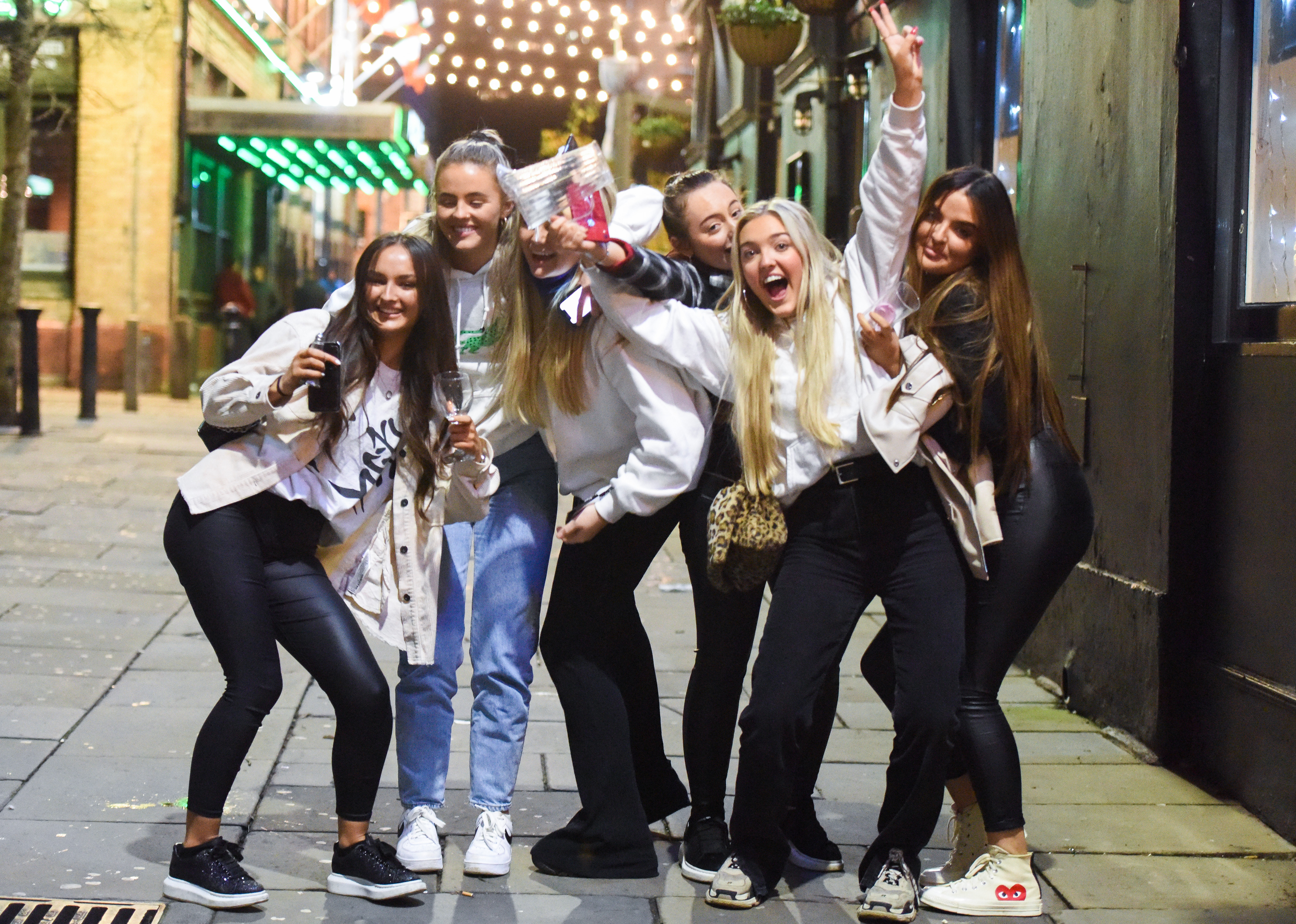 Millions of Brits are now in Tier 2 areas, which prohibit pints unless a ‘substantial meal’ is eatenCredit: Mercury Press 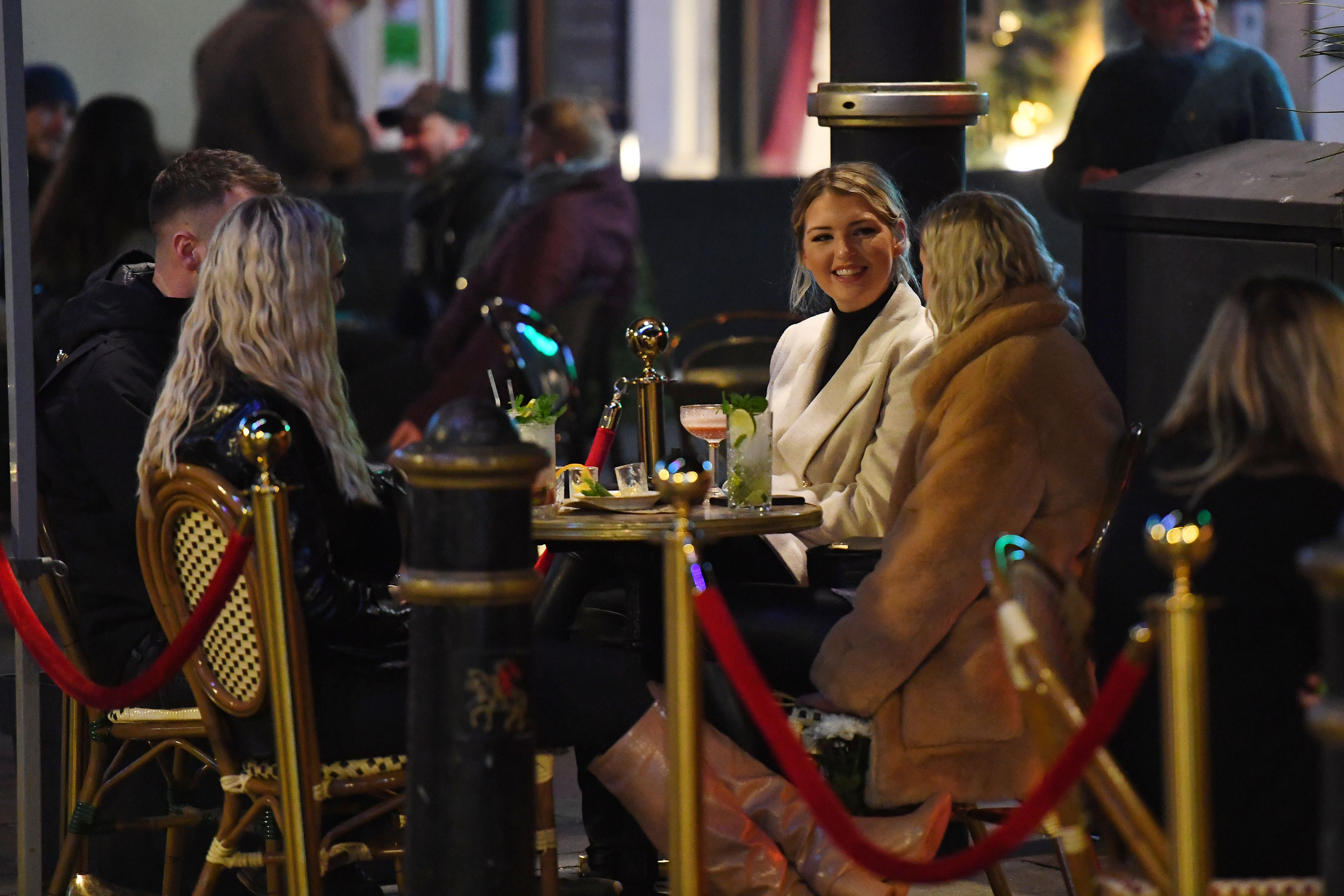 And there’s been widespread confusion about what, exactly, constitutes a proper mealCredit: Wales News Service 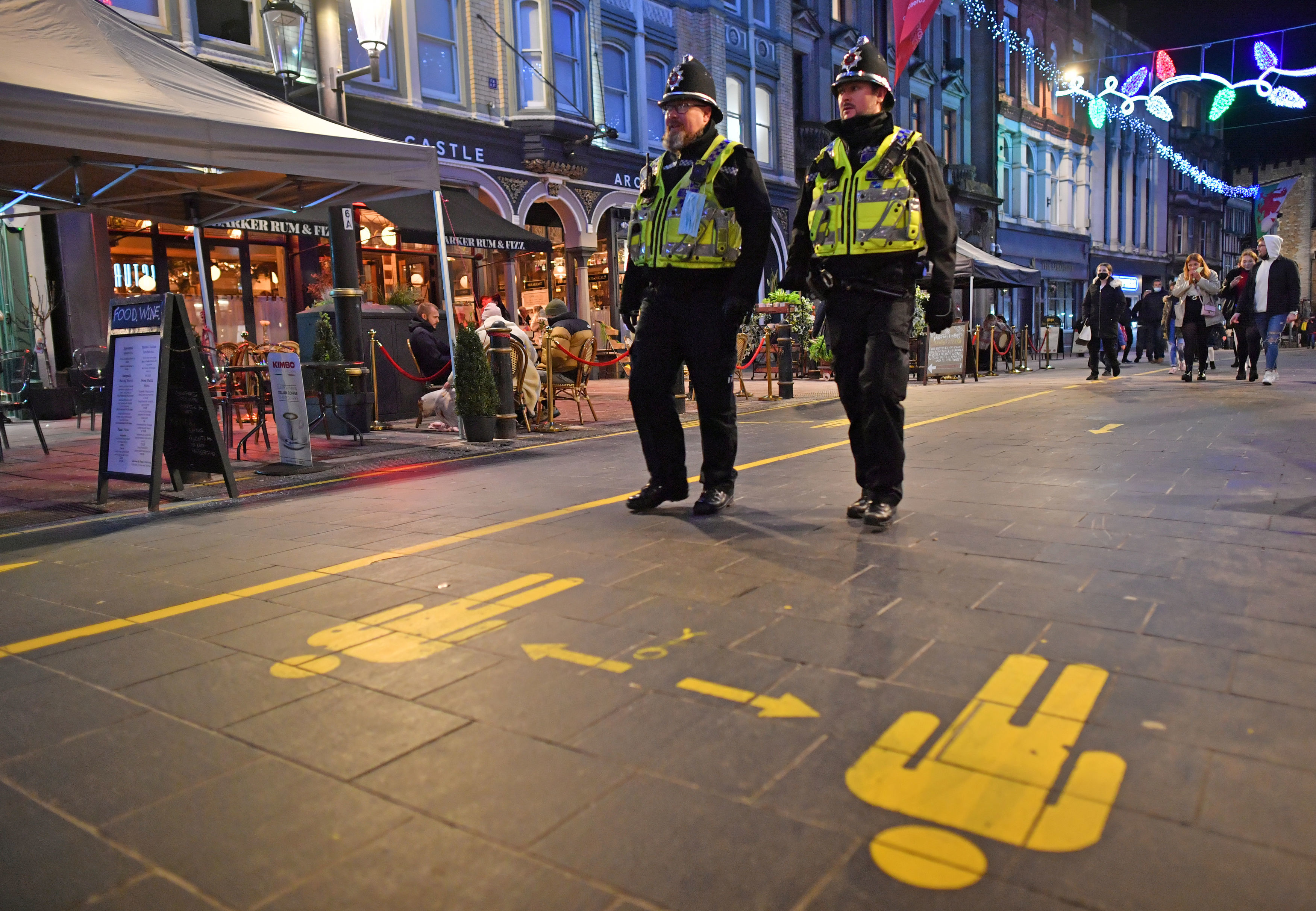 The Government has enforced the rule in a bid to cut down on the transmission of coronavirusCredit: PA:Press Association 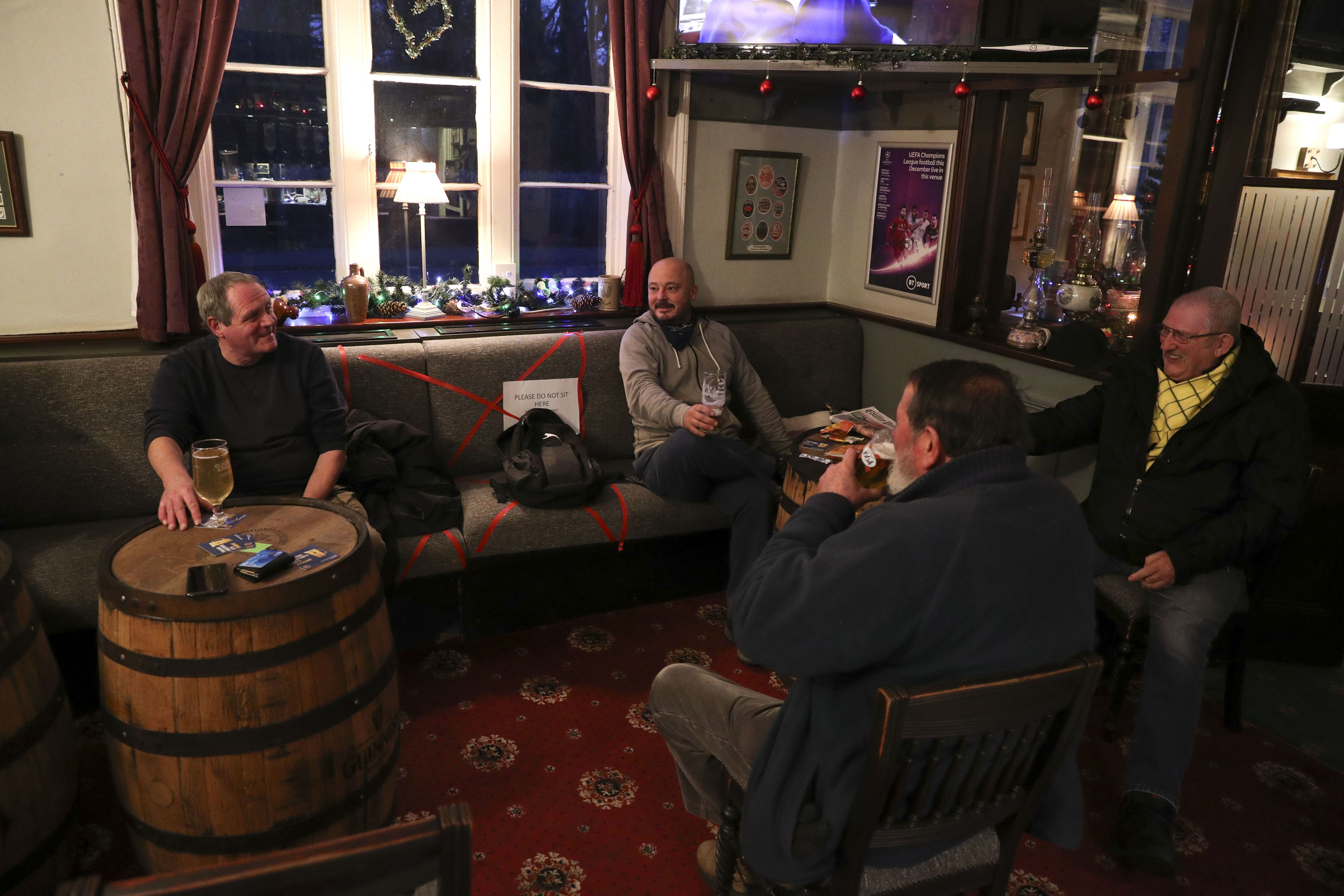 There are now just three UK locations where Brits can drink a pint without eating – the Isle of Wight, Cornwall and the Isles of ScillyCredit: PA:Press Association

“Aside from the appalling food waste I’ve witnessed over the last two days – scraping whole meals, untouched, into the bin because the people who bought them fancied one pint before catching the train home – you really should be actually eating in order to be able to enjoy alcoholic drinks.”

The new rule has even baffled law-makers after a row over whether a Scotch egg constitutes a ‘substantial meal’.

Earlier this week, minister Michael Gove got himself into a pickle after giving different answers to whether the savoury snack is proper tuck or not.

He was asked about the status of the delicacy a day after his cabinet colleague George Eustice told LBC that a Scotch egg “would count as a substantial meal if there were table service”.

But in the space of a single morning, he told radio station LBC “a couple of Scotch eggs is a starter, as far as I’m concerned”, reiterated the comment on Good Morning Britain, and then informed ITV: “A Scotch egg is a substantial meal.”

Meanwhile, fed-up drinkers have been sharing hacks to get around the rule.

One claimed to have bought almost £500-worth of booze alongside just one Scotch egg, sharing photos of the bill online.

And others say they were able to keep on drinking – as long as they left a few chips on the side of their plate.

Many pubs have got around the rule by offering small dishes with free pints, or curating mini meals half the price for drinkers to order.

But others have simply decided that as long as there is an empty or near empty plate in front of them, that is enough to keep drinking.

A pub-goer posted on Twitter: “I was in a pub last night, we ordered our food and then just kept ordering more drink.

“We just made sure that there were a few bites of burger left on the plate.

“No one tried to clear the plate away. Almost everyone else was doing the same thing.”

There are just three places in the UK where drinkers don’t need to buy dinner to have a drink – the Isle of Wight, the Isles of Scilly and Cornwall, all of which are in Tier 1.

Tier 2 drinkers celebrate end of lockdown with beers in pubs