Up to 75,000 more Brits could die of Covid this winter as Omicron sweeps country, doom-mongering scientists warn

UP TO 75,000 more Brits could die of Covid this winter as Omicron sweeps the country, doom-mongering scientists have warned.

Even under the most optimistic scenario, the projected wave of infection could lead to a peak of more than 2,000 daily hospital admissions before April.

Nearly 25,000 Brits could die from the mutant virus between now and April in the best case scenario, scientists saidCredit: LNP 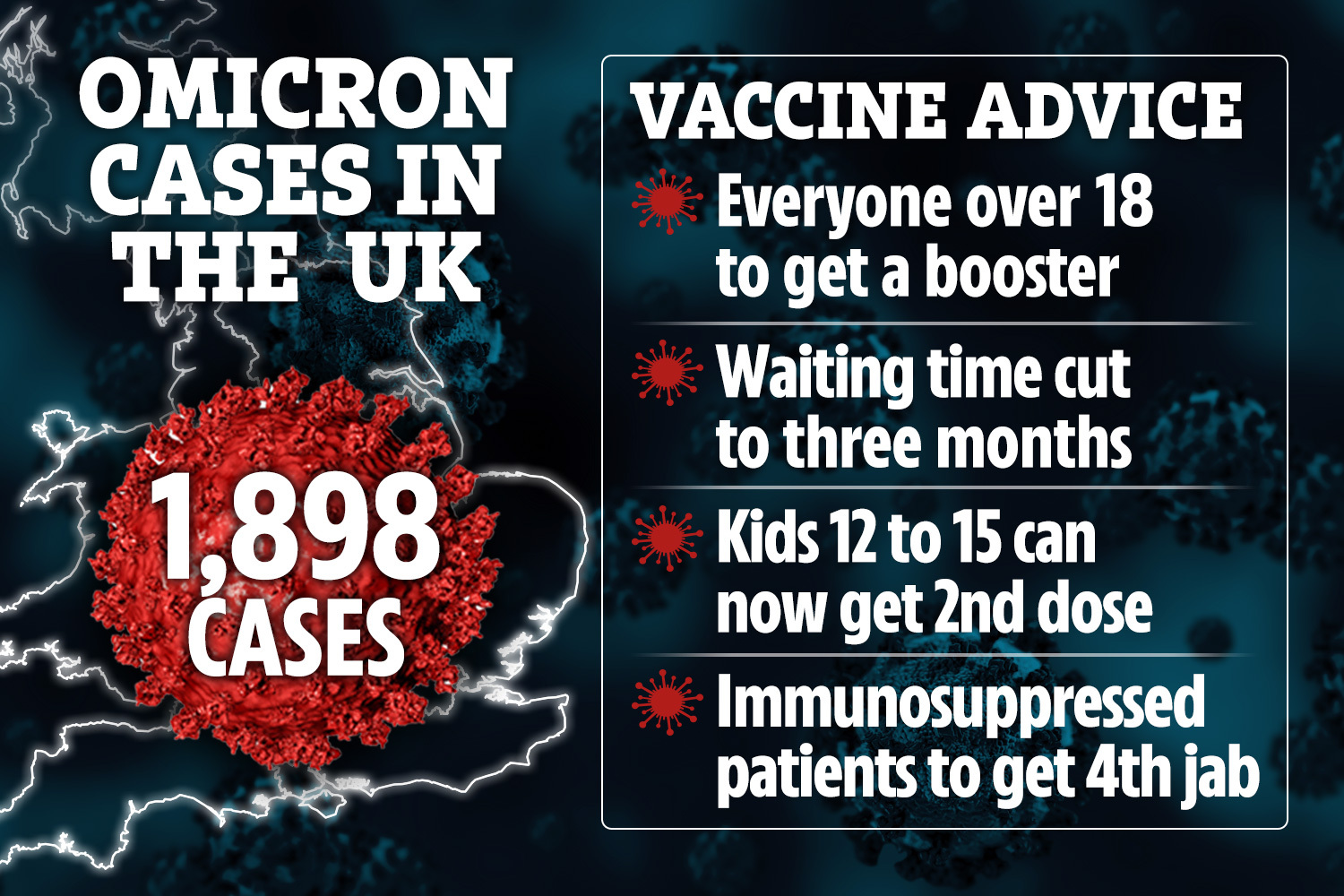 But if boosters aren’t as effective, Covid deaths could reach 74,800 as Omicron spreads, the report said.

This is if no additional control measures are implemented over and above the current Plan B – according to the London School of Hygiene & Tropical Medicine scientists.

A third jab can combat Omicron and save us from more lockdown pain, says a morale-boosting study.

Three shots also defend better against severe disease or death — but two doses will soon fail to prevent even a third of cases.

The gloomy new modelling by experts from the London School of Hygiene & Tropical Medicine used data based on if we don’t have any new restrictions between now and April.

The doom-mongering experts, who also sit on the Scientific Pandemic Influenza Group on Modelling and Sage, used experimental data to look at how Omicron may transmit as the country heads into 2022.

They said mask-wearing, working from home and booster jabs may not be enough – and predicted a peak of daily hospital admissions of 2,400 in January.

Restricting indoor pubs and restaurants and closing entertainment venues could reduce hospital admissions by 53,000 and deaths by 7,600, they claim.

But without anything beyond Plan B, hospital admissions could peak to around twice as high as the peak seen in January 2021, the gloomy scientists said.

This pessimistic scenario could cause 492,000 hospital admissions and 74,800 deaths, according to the study – which has not yet been peer-reviewed.

But the scientists assumed Omicron causes the same severity of illness as Delta – but they didn’t look at the impact of measures such as mass population testing to control its spread.

They said in their paper: “These results suggest that Omicron has the potential to cause substantial surges in cases, hospital admissions and deaths in populations with high levels of immunity, including England.

“The reintroduction of additional non-pharmaceutical interventions may be required to prevent hospital admissions exceeding the levels seen in England during the previous peak in winter 2020-2021.”

Dr Rosanna Barnard, from LSHTM’s Centre for the Mathematical Modelling of Infectious Diseases, who co-led the research, said: “More data over the next few weeks will strengthen our knowledge on Omicron and the consequences of this on transmission in England.

“However, these early projections help guide our understanding about potential futures in a rapidly-evolving situation.

“In our most optimistic scenario, the impact of Omicron in the early part of 2022 would be reduced with mild control measures such as working from home.

“However, our most pessimistic scenario suggests that we may have to endure more stringent restrictions to ensure the NHS is not overwhelmed.

“Mask-wearing, social distancing and booster jabs are vital, but may not be enough.”

She added: “Nobody wants to endure another lockdown but last-resort measures may be required to protect health services if Omicron has a significant level of immune escape or otherwise increased transmissibility compared to Delta.

“It is crucial for decision-makers to consider the wider societal impact of these measures, not just the epidemiology.”

Dr Nick Davies from CMMID, who co-led the new study, said: “These are early estimates, but they do suggest that, overall, Omicron is outcompeting Delta rapidly by evading vaccines to a substantial degree.”

He told a briefing “the booster programme will substantially mitigate the impact of Omicron in England”.

Tory MP Steve Baker said: “Rumour of a Plan C are a hideous abuse of the nation’s mental health, and will devastate the economy.”

Downing Street has admitted a Plan C already exists amid warnings that Plan B will not be enough.

Professor Paul Hunter, from the University of East Anglia, said: “It’s great news that the boosters take our protection back up to 70 to 80 per cent — now it’s vital that we get them rolled out.

“We know vaccines are better at protecting against severe disease than infection so I think we will see that that is high again.

“If you’ve had two doses and a natural infection you’re probably going to be quite well protected, too.

“The bad news is that Omicron is a lot more infectious than Delta but hopefully it will slow down. Ultimately it’s going to have to burn itself out.”

There are now a total of 1,898 confirmed cases of the variant, up by 633 since yesterday, but the UK Health and Security Agency (UKHSA) say there are likely thousands more. 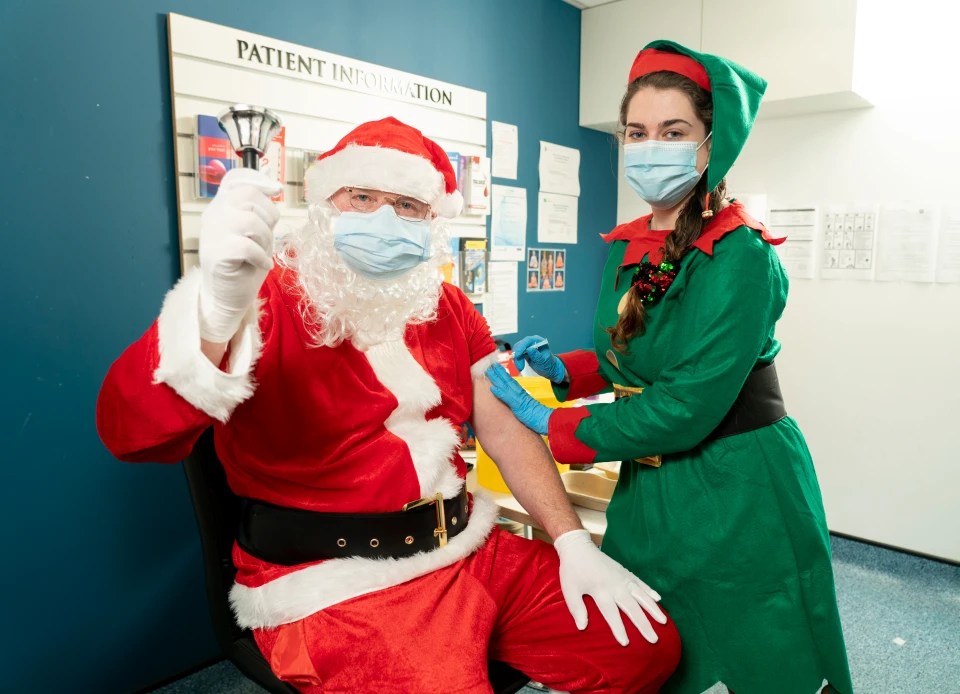 The booster rollout is flying with Santa already jabbed 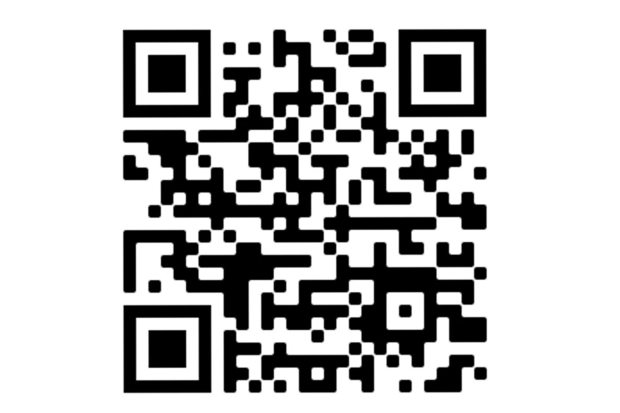 VOLUNTEERS can register online at nhsvolunteerresponders.org.uk or by scanning the QR code above with your smartphone.

You will be asked to download the GoodSAM Responder app, which will match you to a role.

You need commit to only two six-hour shifts a month at a jabs centre. Your expenses will be covered and no ex­perience or qualifications are needed.

You will be in a team  with  NHS   staff and volunteers. The Royal Voluntary Service will make appropriate background checks. 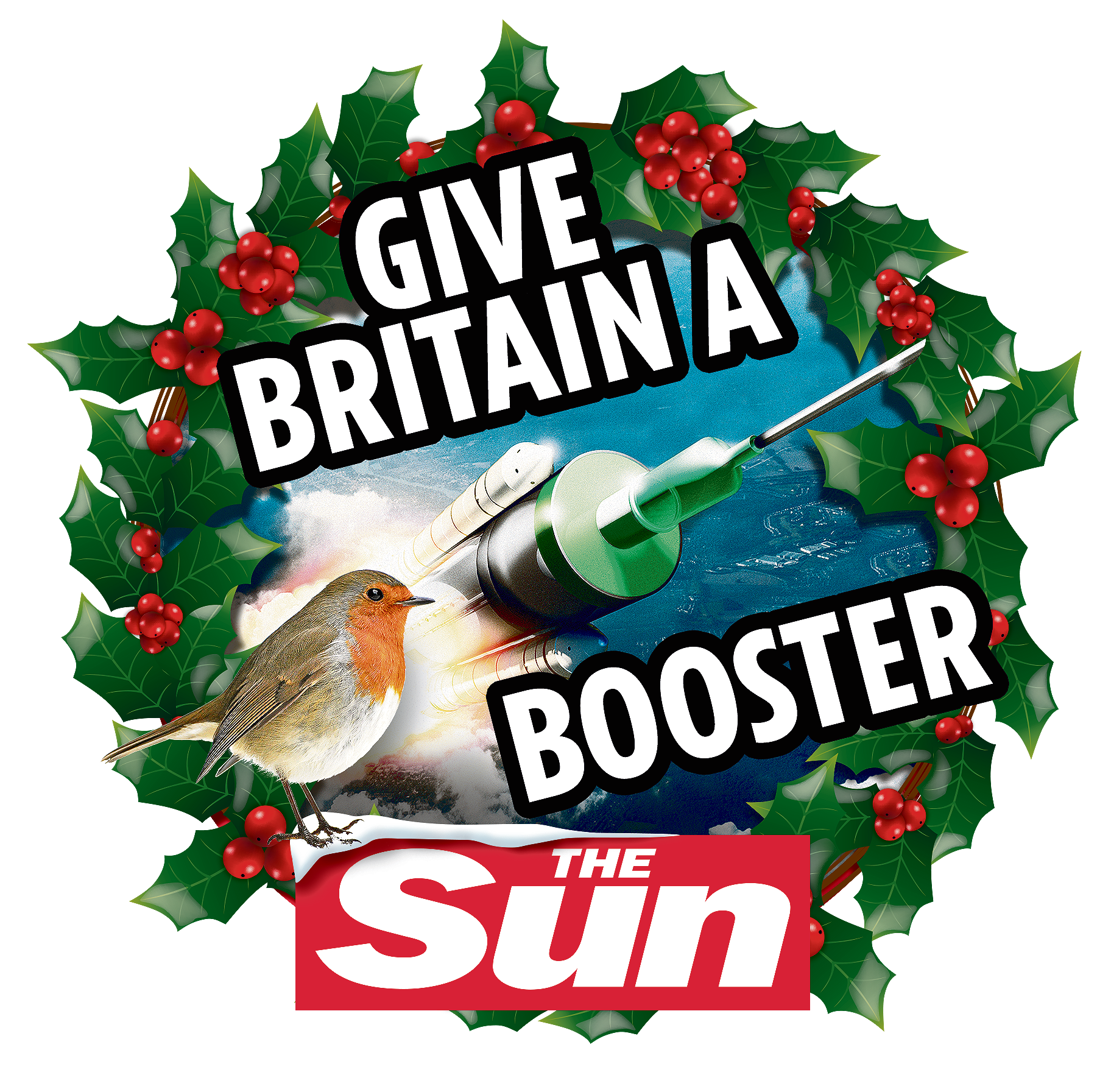 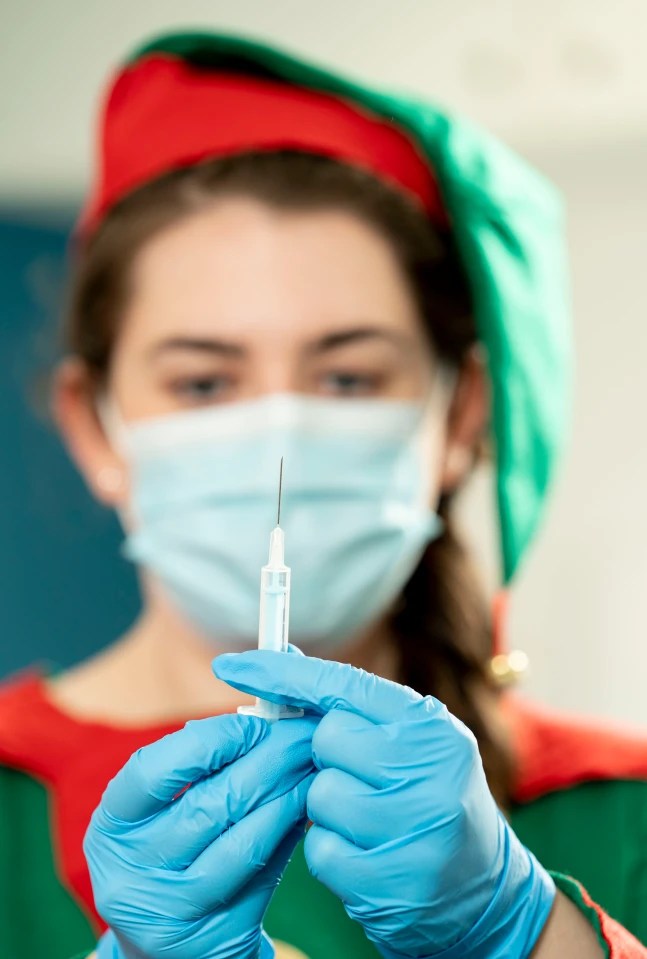