US suffers deadliest week of Covid pandemic with 18,400 killed as shock LA pic reveals 1000’s line up for exams

THE US has suffered the deadliest week of the Covid pandemic so far, with 18,400 dead as thousands of people were seen lining up for tests in Los Angeles.

LA County is also reporting a devastating 1000 percent spike in hospital admissions since November, as ambulance crews are being advised not to take patients who will not likely survive to hospitals. 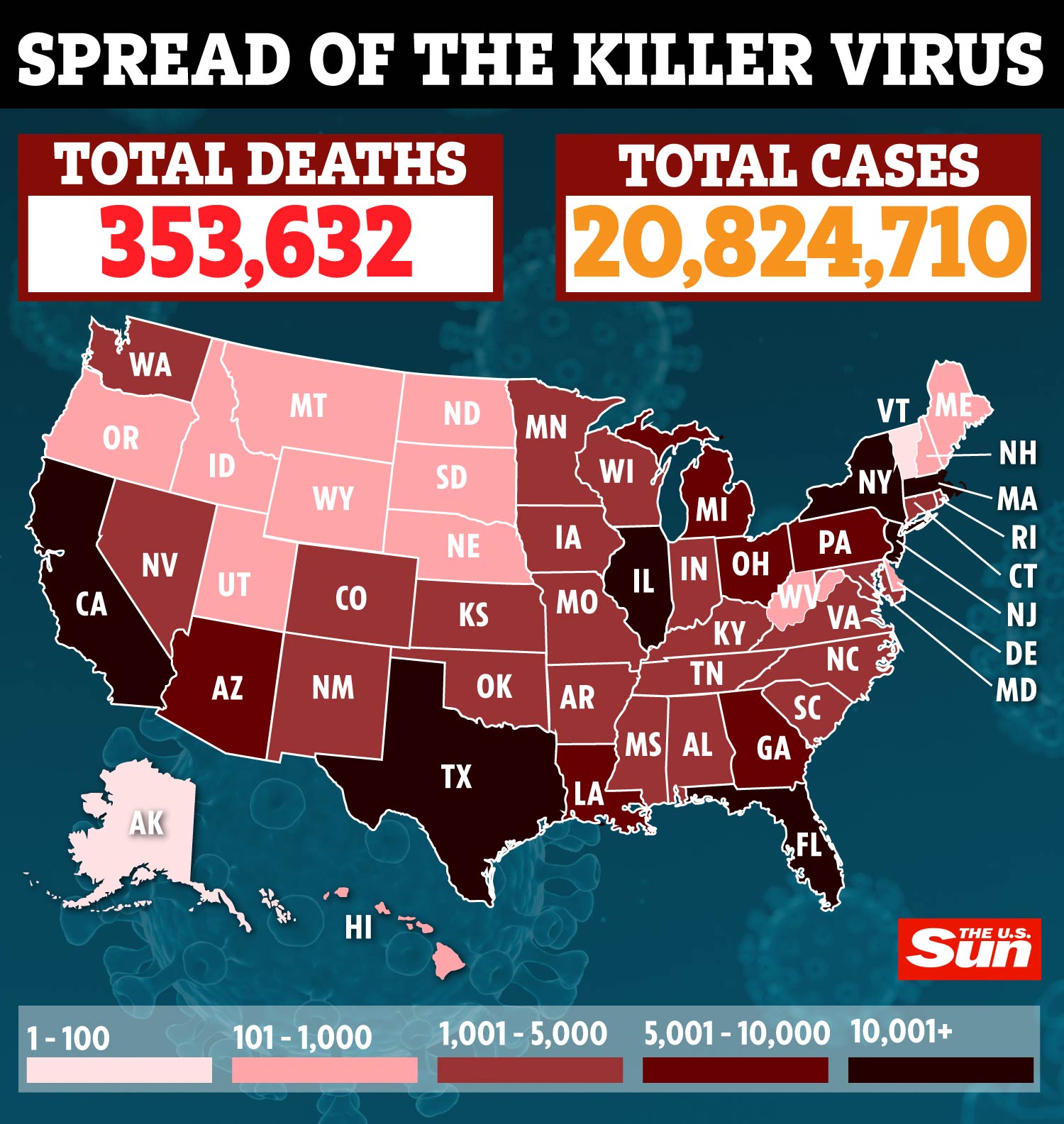 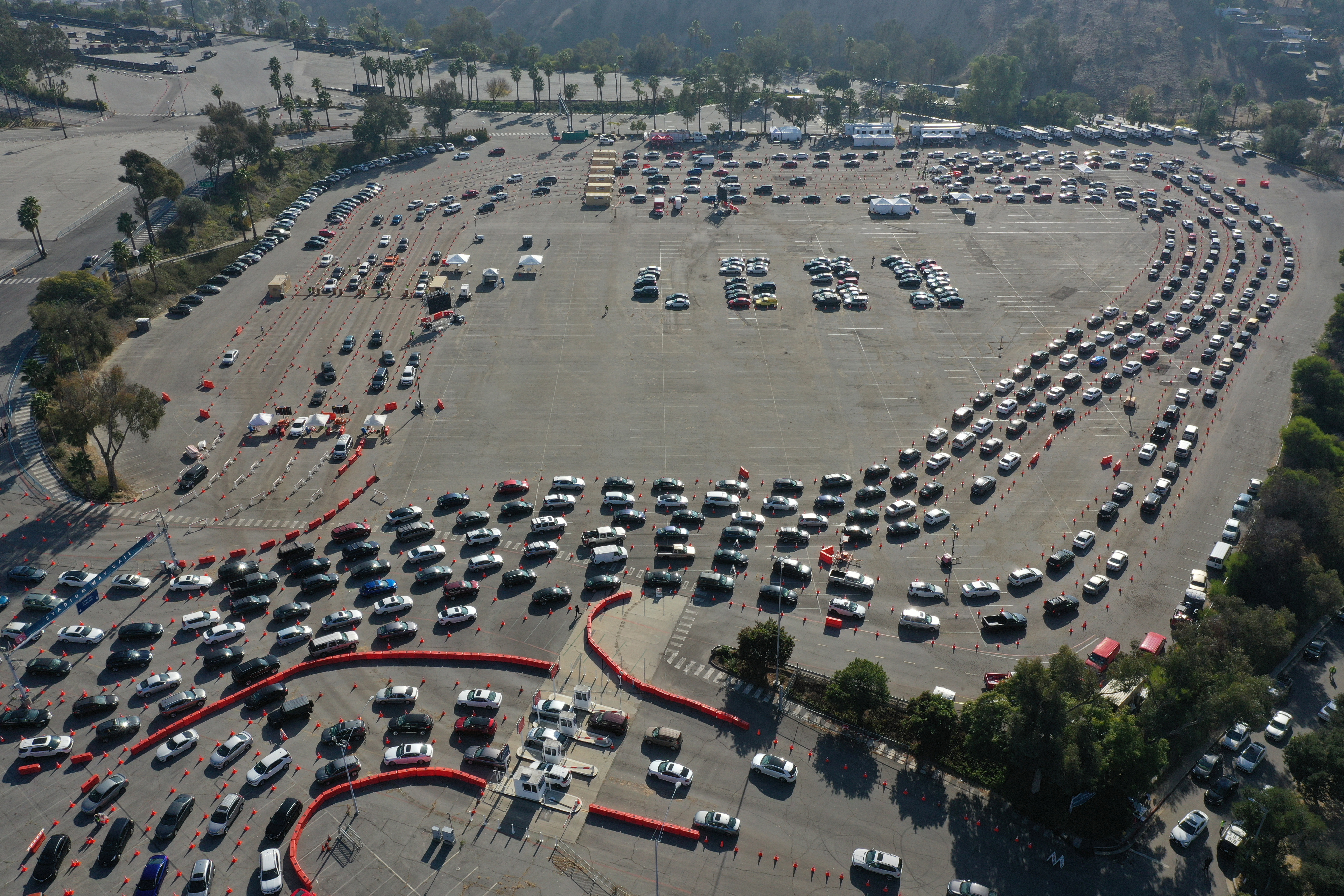 Thousands wait in line to get tested for Covid in LA CountyCredit: Reuters

In the wake of the holiday season, hospitalizations on Monday were at 128,210, according to the Covid Tracking Project.

December was the deadliest month in the country, with 78,000 Covid-related deaths, and health experts are warning that January’s numbers may be even more grim as the country begins to deal with the consequences of mass holiday travel.

More than 1.3million people passed through US airports on Sunday, at the end of New Year’s weekend.

Throughout the whole weekend, the TSA logged 3.3million travelers, despite CDC recommendations that Americans skip travel for the holiday season. 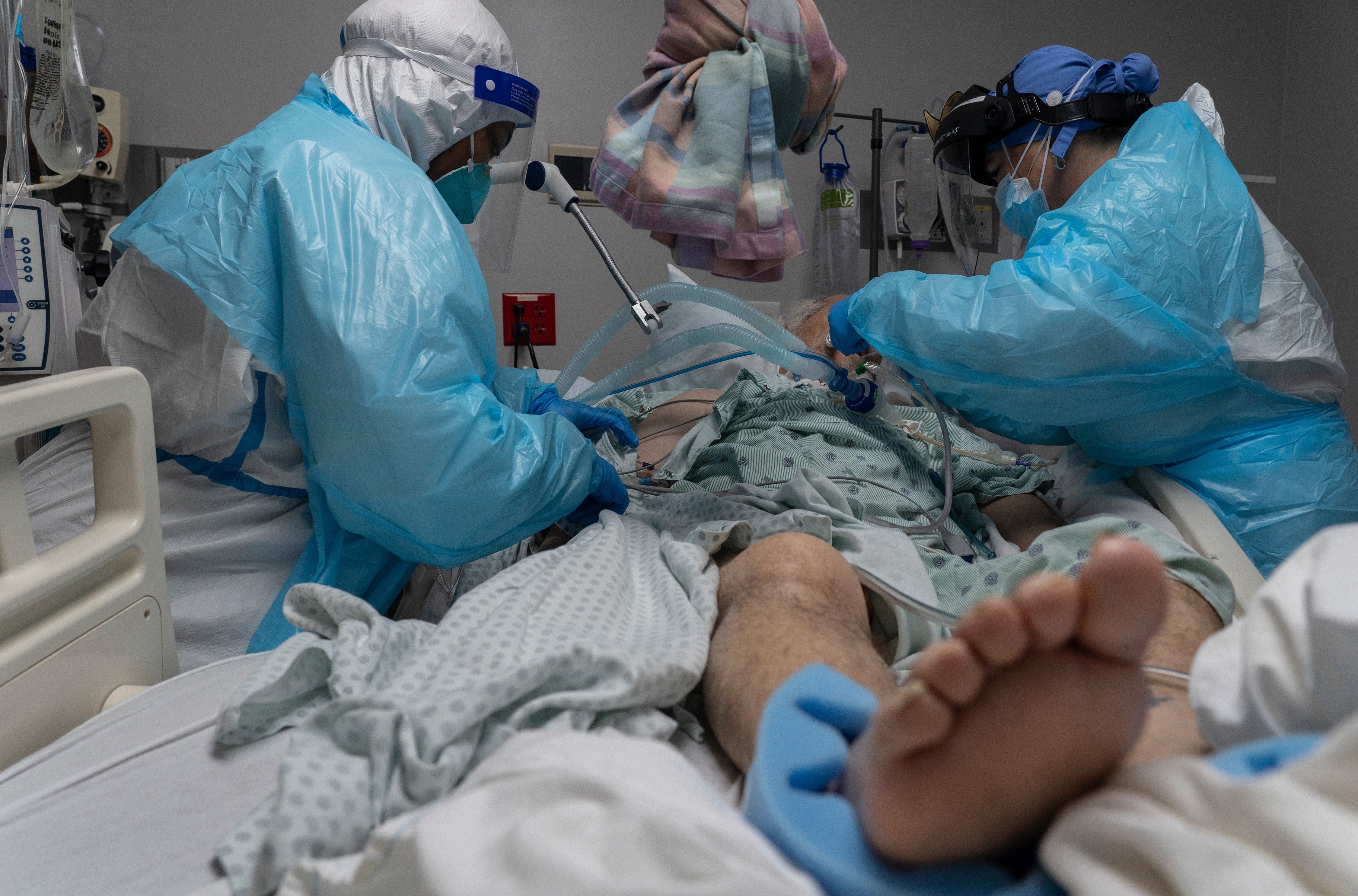 Ambulances in LA County are being advised to try to preserve resourcesCredit: Getty Images – Getty 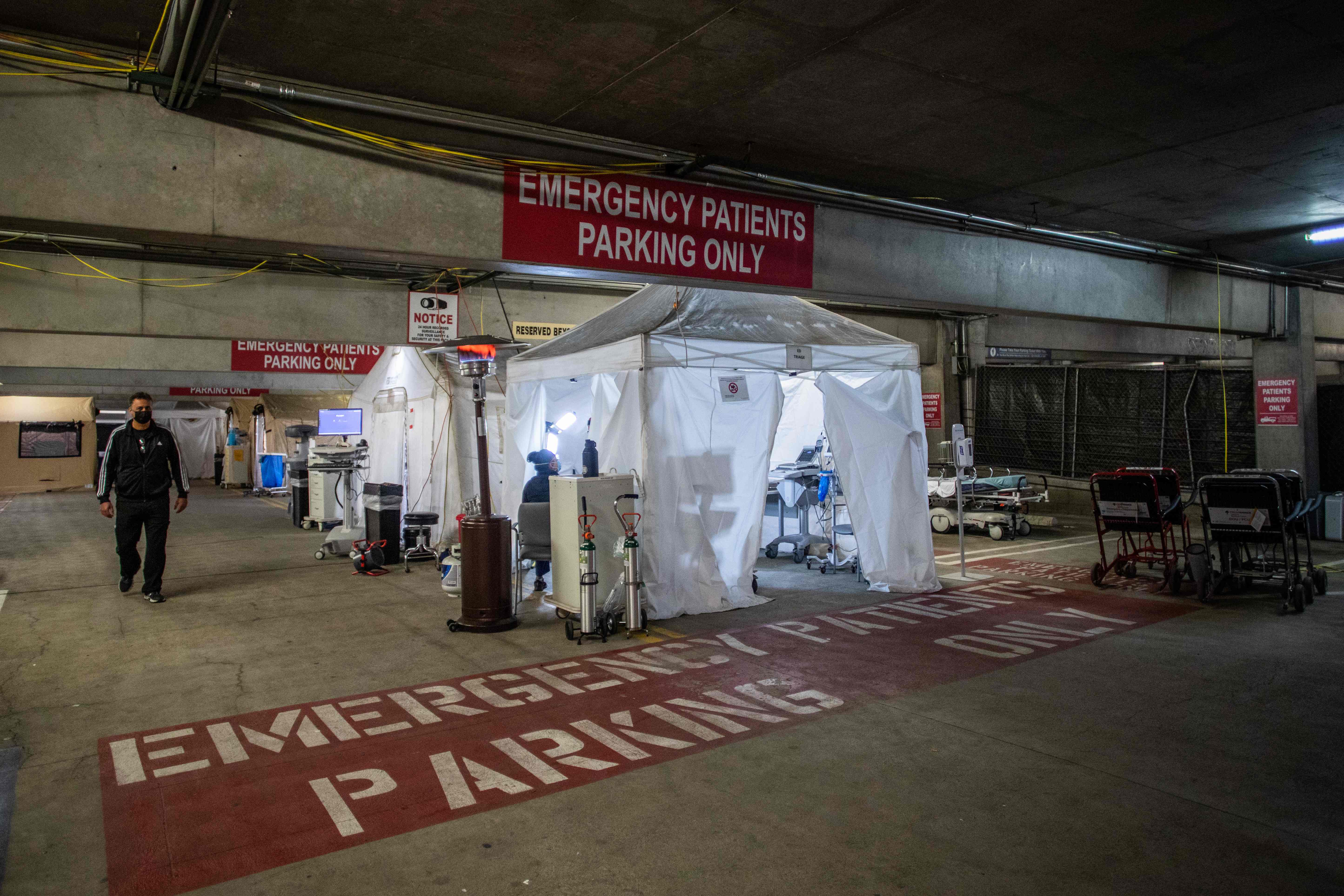 A hospital in Tarzana, California, was forced to move care into its parking garageCredit: AFP or licensors

The situation continues to worsen in California, particularly in LA County, where shocking photos show thousands of cars waiting in line for Covid tests on Monday.

The county reported 77 deaths on Monday alone, nearly 80 percent of the state’s death toll for the day.

As hospitals in the county struggle to contain the massive spike in admissions, LA County Emergency Medical Services Agency issued a directive that ambulance crews ration oxygen by only administering it to patients with levels below 90 percent on Monday.

Resources and hospital space are wearing thin in other parts of the state as well, with some hospitals being forced to move care outside into makeshift ICUs. 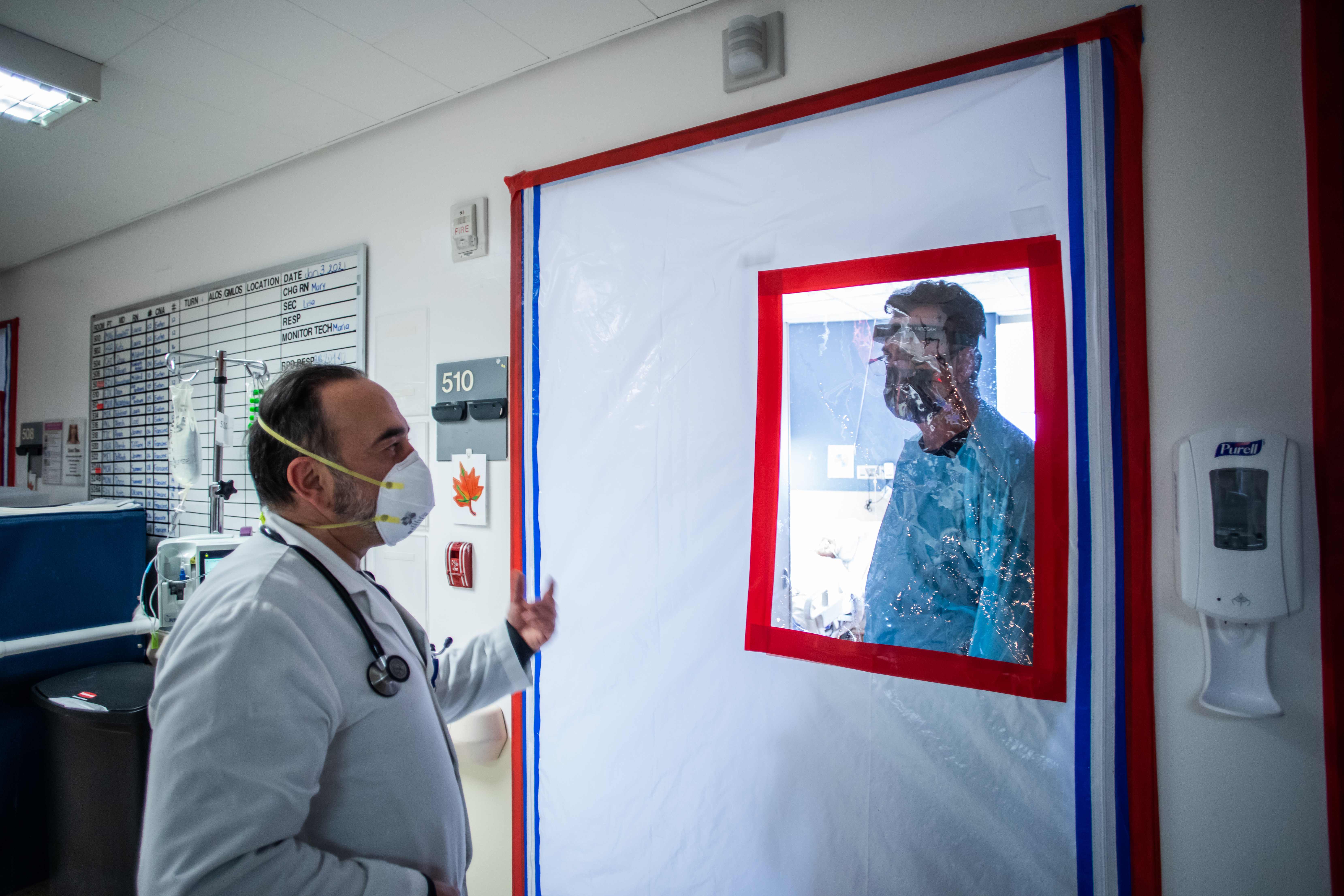 Hospitals in California are reaching their limitsCredit: AFP or licensors

The state has also now reported six cases of a new mutant strain of Covid, which was first detected in the UK and is apparently much more transmissible than previous strains.

Colorado, Florida, and as of Monday, New York, have all reported cases of the new strain as well.

There is some hope that the case loads will go down as the US has now approved two Covid vaccines – one from Pfizer and BioNtech and one from Moderna.

However, the vaccination roll-out process has run into some issues, and the country has vaccinated far fewer Americans so far than originally projected.

According to the latest stats from the CDC, 15.4million doses of the Covid vaccine have been distributed throughout the country, and 4.5million first doses have been administered to people.

People need a second dose of the vaccine, however, for it to be the most effective.

In an appearance on Sunday, the nation’s top infectious disease expert, Anthony Fauci, said that though the vaccine rollout was slow in the first few weeks, the pace began to pick up at the beginning of January. 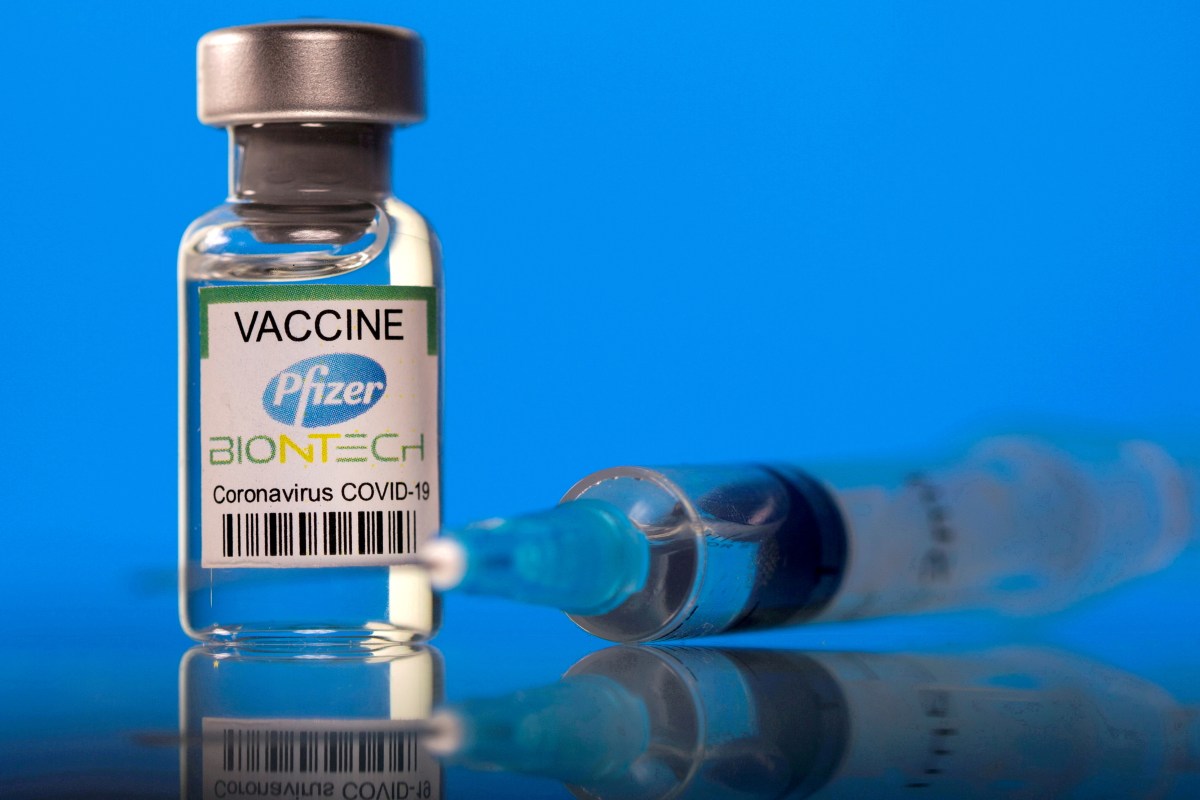