VIOLENCE has erupted in Brussels with anti-lockdown protesters setting the streets ablaze and clashing with police on Sunday.

The protests at the Belgian capital follow Saturday’s demonstrations in Italy, Netherlands, Austria, Switzerland, Croatia, and Northern Ireland as Europe is facing a Covid crisis. 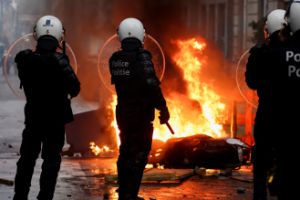 Demonstrators clashed with police in the Belgian capital 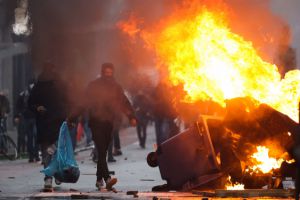 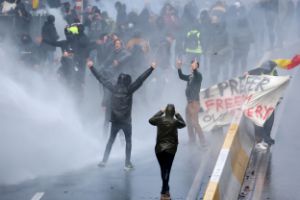 Police estimate that nearly 35,000 people gathered in front of the Gare du Nord train station to protest against the return of strict coronavirus measures the government announced last week, in a bid to curb the rise in Covid cases.

Under the new rules, unvaccinated are banned from entering bars and restaurants, working from home four days a week is also mandatory while masks are compulsory for anyone above the age of 10 for indoor and some outdoor activities.

Demonstrators were pictured clashing with police as they set the capital’s streets on fire while some were spotted throwing bricks on the windows of local businesses including a post office.

There is a number of people injured but is currently unclear how many have been arrested, according to police.

The World Health Organization said Europe was the only region in the world where Covid-related deaths increased leading Belgium’s Prime Minister to say the continent was on “red alert”.

Infections have been rising in Belgium with the number of cases reaching 13,836 on Sunday.

It comes as hospital admissions are rising at a rate of 30 per cent per week and have reached their highest level since May. More than a quarter are in ICU.

Prime Minister Alexander De Croo said last week: “All the alarm signals are red. Europe’s map is quickly going red, and we are the same.”

The Belgian protest called “Together for Freedom” came just hours after it emerged Germany is following Austria’s example making vaccines compulsory after a spike in Covid cases.

The move was announced after ministers and experts admitted it was “unavoidable” amid the country’s fourth coronavirus wave.

Germany recorded 48,201 infections on Saturday – the highest number of new Covid cases since the beginning of the pandemic.

Chancellor Angela Merkel had previously banned unvaccinated Germans from shops and restaurants in draconian Covid restrictions as a string of tougher measures for unjabbed citizens are being enforced.

Austria made vaccinations mandatory from February 1 and was preparing to plunge itself into a brutal 20-day lockdown from Monday.

Thousands of demonstrators gathered in Milan and Rome to protest against the Green pass certificates, the vaccine passports required at the country’s restaurants, cinemas, theaters, stadiums, clubs, or gyms on Saturday.

In the Netherlands, anti-riot police used water cannons to disperse a violent crowd of protesters who firebombed a police car and set off fireworks in one of Rotterdam’s main shopping districts as they railed against the country’s partial three-week lockdown.

A recent study has predicted Europe could face an additional “300,000 deaths and one million people in the hospital” if Covid restrictions aren’t tightened further over winter. 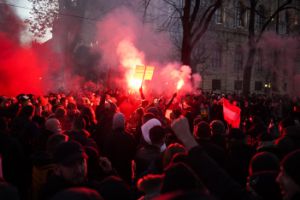 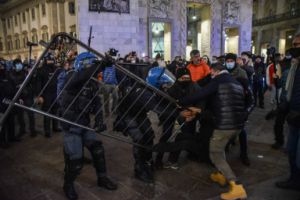 Demonstrators clashed with police in Italy 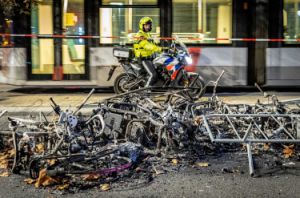 Protests turned into riots in Rotterdam 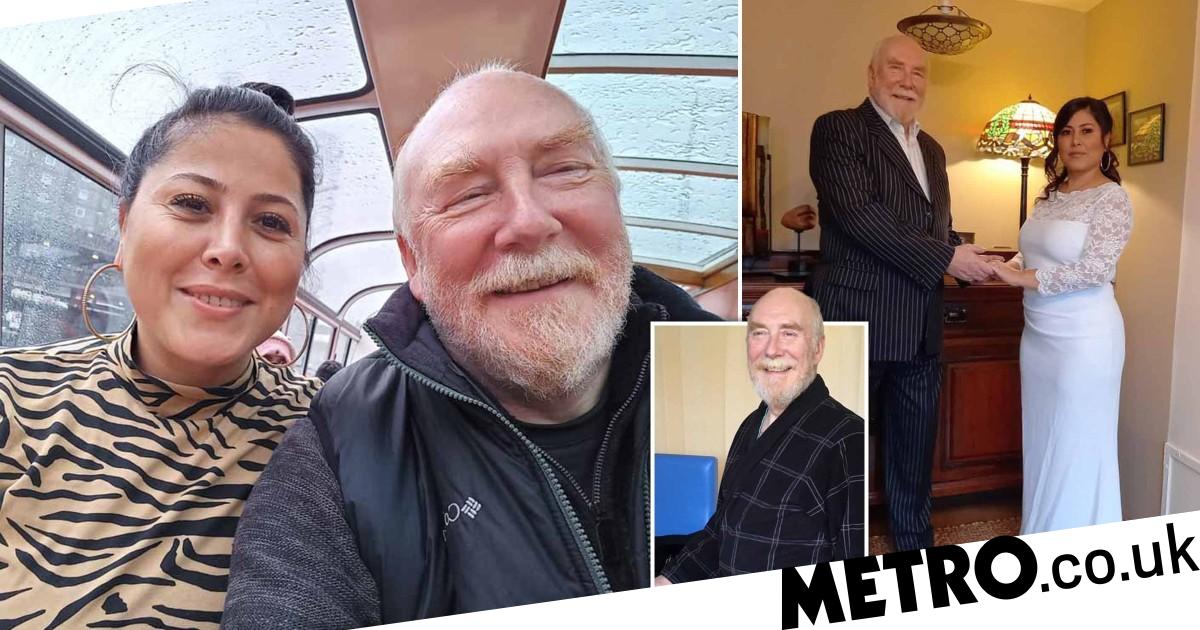