VLADIMIR Putin says he won’t be getting the Covid vaccine soon because he doesn’t want “to monkey around” – in an apparent joke about the Oxford jab.

The Russian president, 68, was speaking about his country’s Sputnik V remedy and insisted he is no hurry to become inoculated saying he “could” get it in the late summer. 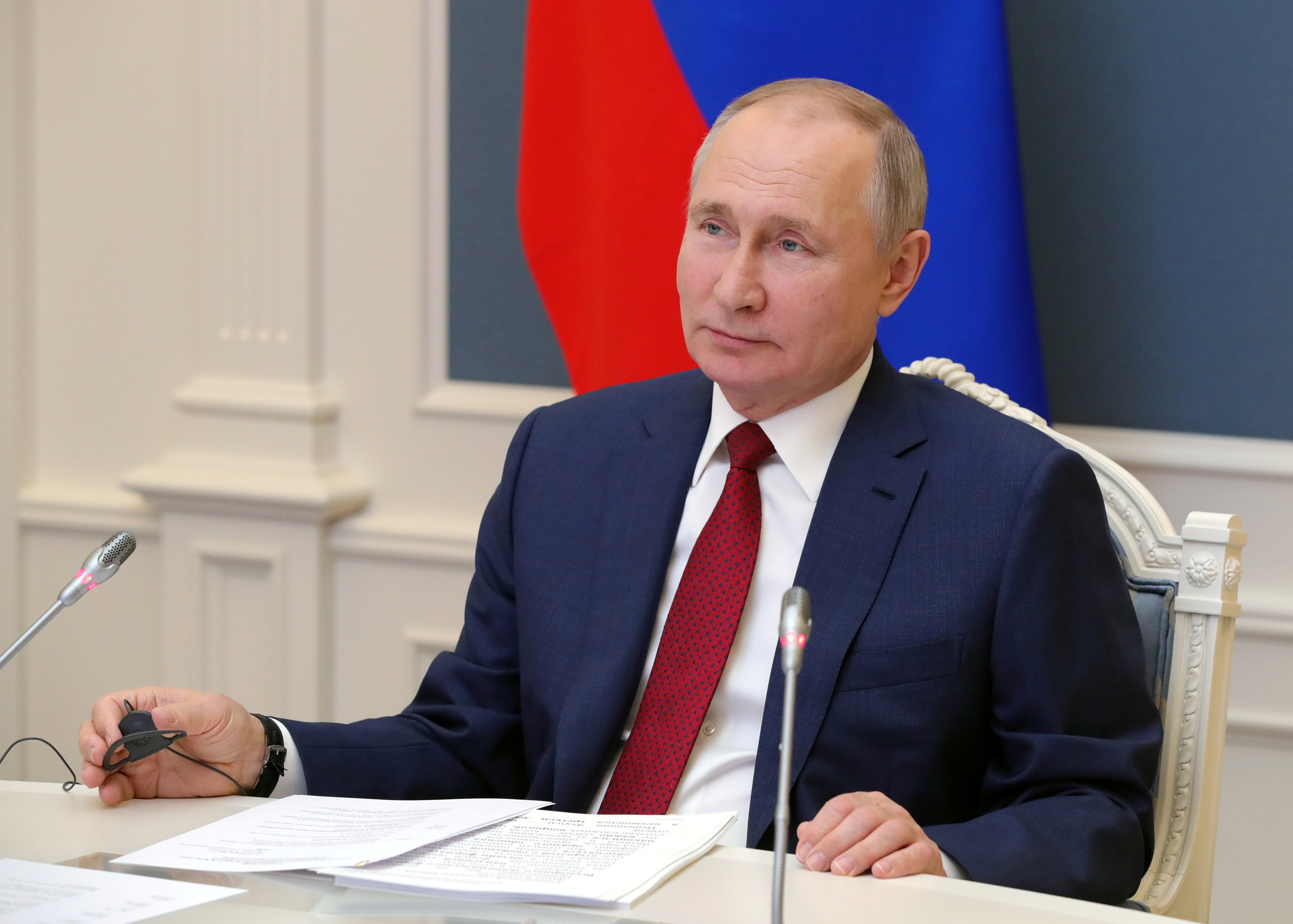 Vladimir Putin joked he wouldn’t get the Covid vaccine because he didn’t want to ‘monkey around’Credit: Reuters

However, Putin then made a joke which appeared to reference fake news peddled by Kremlin-backed trolls that the Oxford/ AstraZeneca vaccine could turn people into apes.

When asked if we could get the jab early to encourage uptake in Russia, he said: “I don’t want to monkey around” in front of the cameras, reports Kommersant.

Memes and videos depicting the British-made Oxford vaccine­ as dangerous have been found flooding the internet.

It’s thought to be a ploy targeting countries such as Brazil and India, where Moscow wants to sell its own Sputnik vaccine.

Another shows Boris Johnson mocked up to look like a yeti, with the caption: “I like my bigfoot vaccine.”

Russia has vaccinated more than two million with the Sputnik jab, one of the developers said this week – two months after the country began giving the jab to the public. 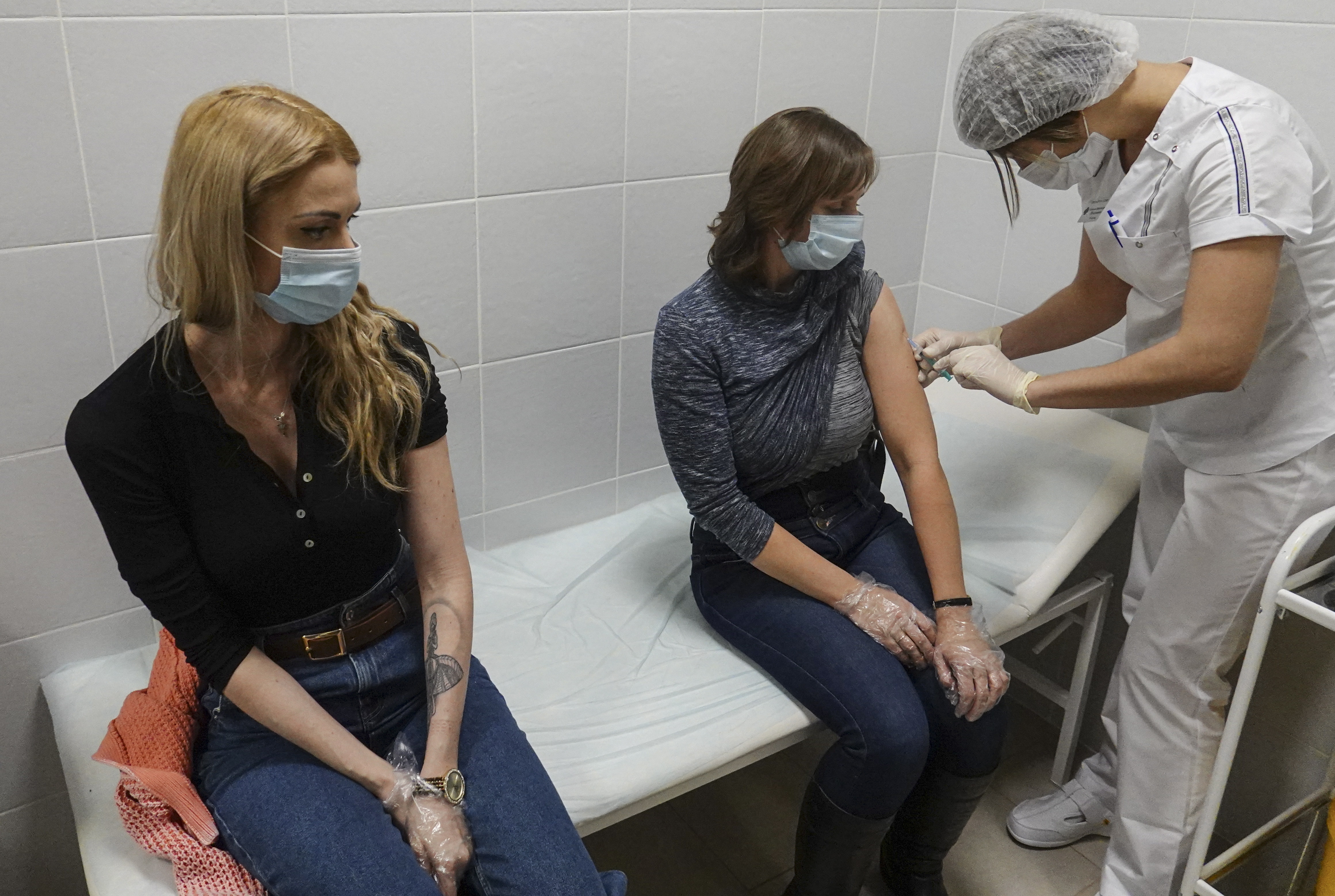 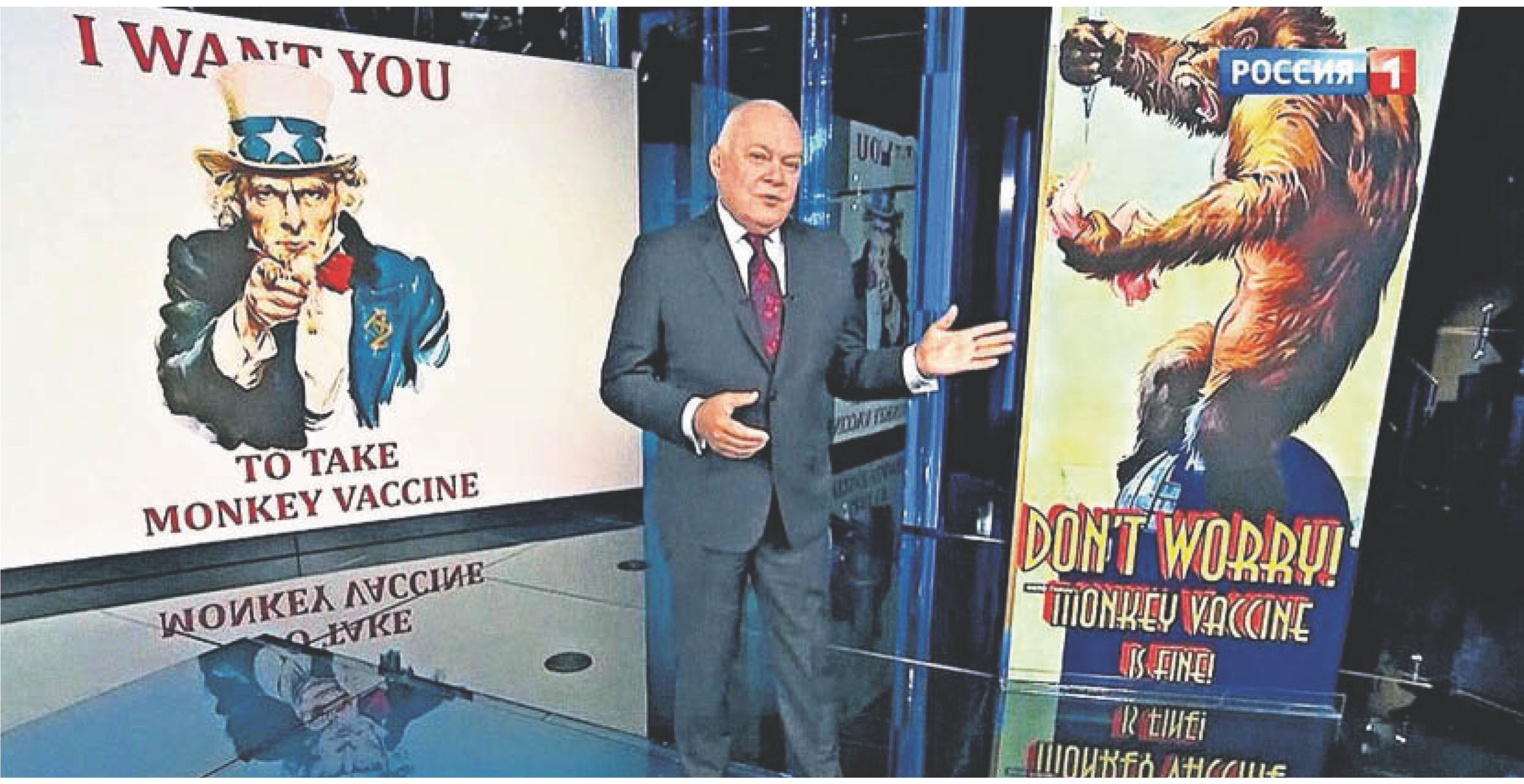 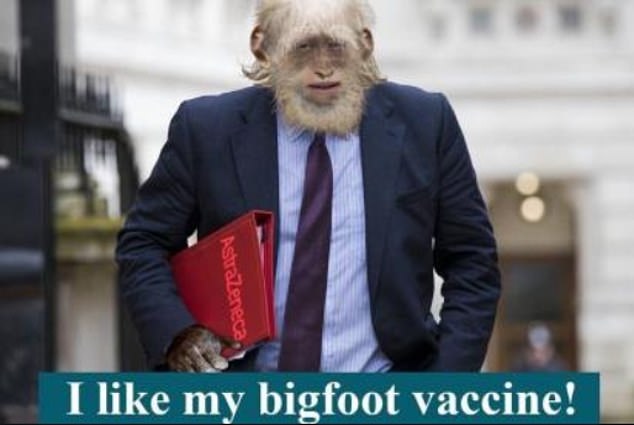 The total is a far cry from the nearly 69 million – from a population of 150 million – that Russia aims to inoculate before removing social distancing and other measures.

But life has all but returned to normal, with bars and restaurants in Moscow operating and companies no longer mandated to have staff work from home.

It’s a stark contrast to much of Europe, where lockdowns were reimposed ahead of the winter holidays as a second wave of infections surged and new virus variants sprouted up from Britain, Brazil and South Africa.

Russia wasn’t spared a second wave, but its authorities pinned hopes on ending the outbreak and boosting its struggling economy with its vaccine rollout.

Moscow registered Sputnik V in August ahead of clinical trials and began administering it to the public in December before peer-reviewed results were available.

The rushed rollout was vindicated when leading medical journal The Lancet last week published results showing the remedy – named after the Soviet-era satellite – was both safe and 91.6 percent effective.

But Russia is now struggling to get its population to take the jab, with just 38 per cent of Russians saying they will get inoculated against the coronavirus, reports say.

On Wednesday, Russia also officially surpassed four million coronavirus infections, cementing its place as one of the world’s worst-hit nations.

A government tally showed infections had reached 4,012,710, which is the fourth-highest rate globally after the US, India and Brazil.

Moscow has come under fire for its official virus statistics and the government’s stated death toll of 78,134 in particular has been undermined by recent mortality data.

Russia has frequently been criticised for downplaying the impact of the pandemic and only counting fatalities where coronavirus was found to be the primary cause of death after an autopsy.