The chart above shows the number of deaths registered in England since January 2020 from all causesCredit: ons 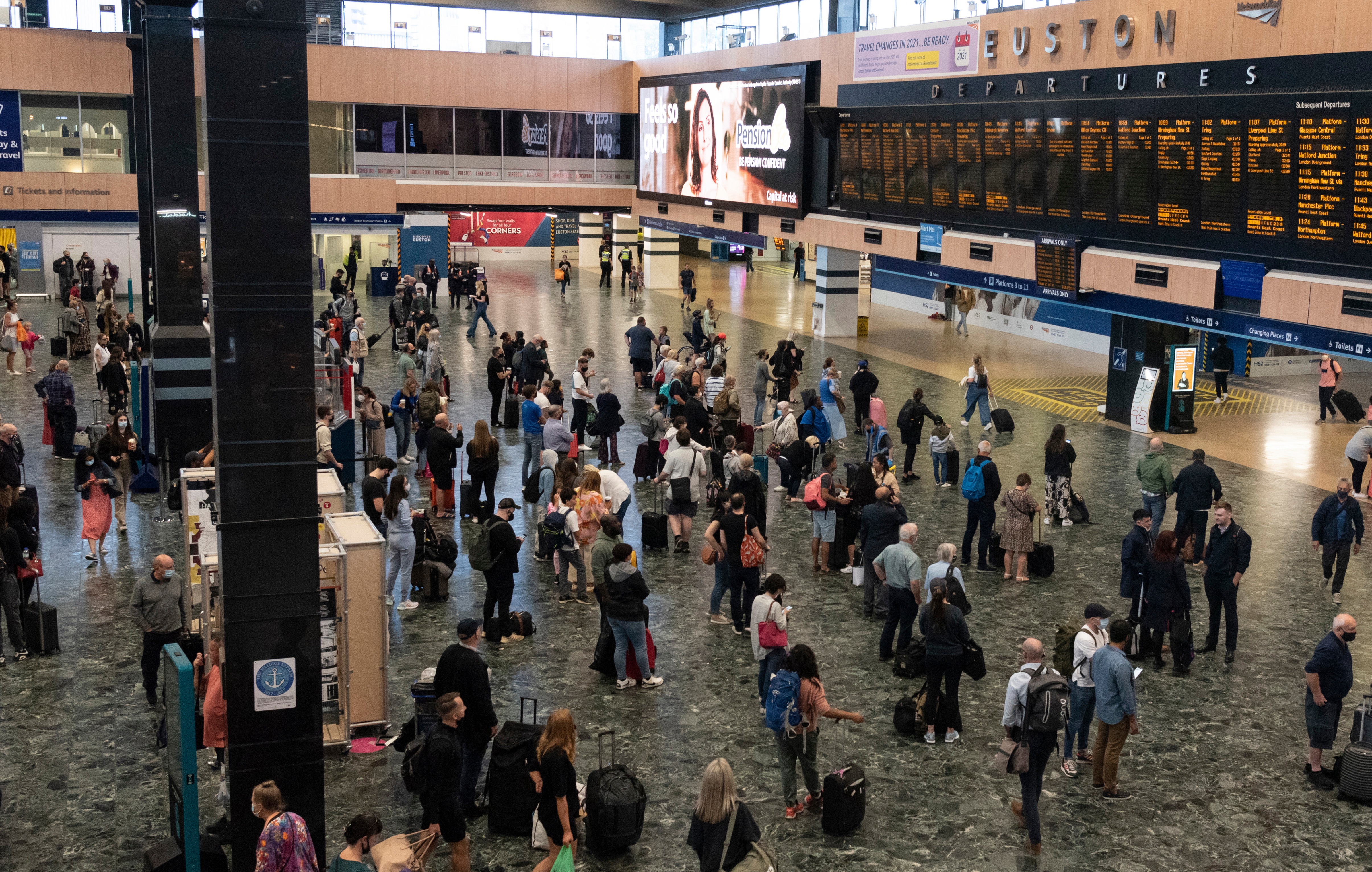 Deaths are up on this time last year but Brits are currently living without any coronavirus restrictionsCredit: LNP

Data from the Office for National Statistics (ONS) shows rates up to the week ending August 20.

While there were over 500 deaths, the data shows that figures have started to level off.

Deaths are up four times on last year – however, Brits are currently living without any coronavirus restrictions.

In August 2020 many parts of the country were still living with Covid rules – including parts of the North of England and Leicester – where residents had months of restrictions.

The rest of the country also had restrictions on the amount of people allowed in pubs and restaurants and there were limits on indoor mixing.

The more people mix and mingle – the more likely it is that you will catch coronavirus and infections can lead to hospitalisations and deaths.

The government is continuing to encourage everyone to have their vaccine in order to protect yourself from severe effects of the virus.

It was previously reported that the vaccines have saved 100,000 lives in England alone and health chiefs have urged people under the age of 16 to get their vaccines.

The ONS said there is a clear pattern between vaccination and testing positive for Covid-19 antibodies but “the detection of antibodies alone is not a precise measure of the immunity protection given by vaccination”.

It comes after a separate report by the ONS showed that around eight in 10 young adults in the UK are now likely to have Covid-19 antibodies.

The deaths recorded by the ONS up to August 20 this year mean there has been a fall of just one death from the previous week, and equates to around one in 18 of all registered deaths over the seven days.

More people died from all causes than would usually be expected for this time of year for the seventh week in a row.

Some 10,013 deaths were registered in England and Wales in the last month – 359 fewer than the previous week but still 10.2 per cent above the five-year average.

The ONS data shows that a total of 157,648 deaths have occurred in the UK where Covid-19 was mentioned on the death certificate.

This includes 42,855 care home residents in England and Wales who have had Covid-19 recorded on their death certificate since the pandemic began.

Some 50 care home resident deaths involving Covid-19 were registered in the latest week.

The ONS figures cover deaths of care home residents in all settings, not just in care homes.

Data from the ONS also showed that levels of antibodies had dropped in older age groups.

The ONS said: “In some regions and countries, we are starting to see a decline in the percentage of people testing positive for antibodies amongst the oldest age groups, although rates amongst these age groups remain high.

Levels of antibody positivity are defined by a fixed amount of antibodies in the blood.

“Most older people who are vaccinated will retain higher antibody levels than prior to vaccination but may have a lower number of antibodies in the blood at the time of testing,” the ONS added.

The largest decrease in Covid deaths was seen in the North East of England – where there were 21 fewer deaths in the week ending August 20.

The ONS said that deaths decreased in five of the nine English regions.

Data from the ONS correlates with government data on cases.

While the lowest number of deaths was seen in the North East, the region also currently has the lowest daily case rates in the country.

Each day the North East is reporting 1,023 new coronavirus infections, compared to the North West which is reporting the highest amount with 3,186 daily cases.

Data from the ONS shows that over the last year, the North East as a region has recorded the lowest amount of Covid deaths with 7,269.

The North West has seen the largest number of deaths with 21,499 followed by the South East with 21,470. 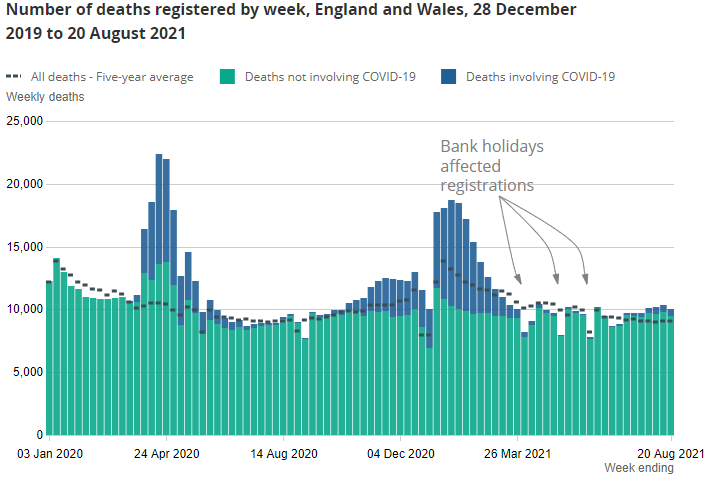 The graph above shows the number of deaths in England and Wales from December 2019 to August 2021. The green blocks show the deaths not involving Covid – with the blue bars showing those where Covid was registered as the cause of deathCredit: ons