WETHERSPOONS has left drinkers furious today with a “three-pint rule” to stop big booze-ups after lockdown.

Some pubs are limiting the number of drinks each customer can get their hands on, as Brits gleefully head back to the bar. 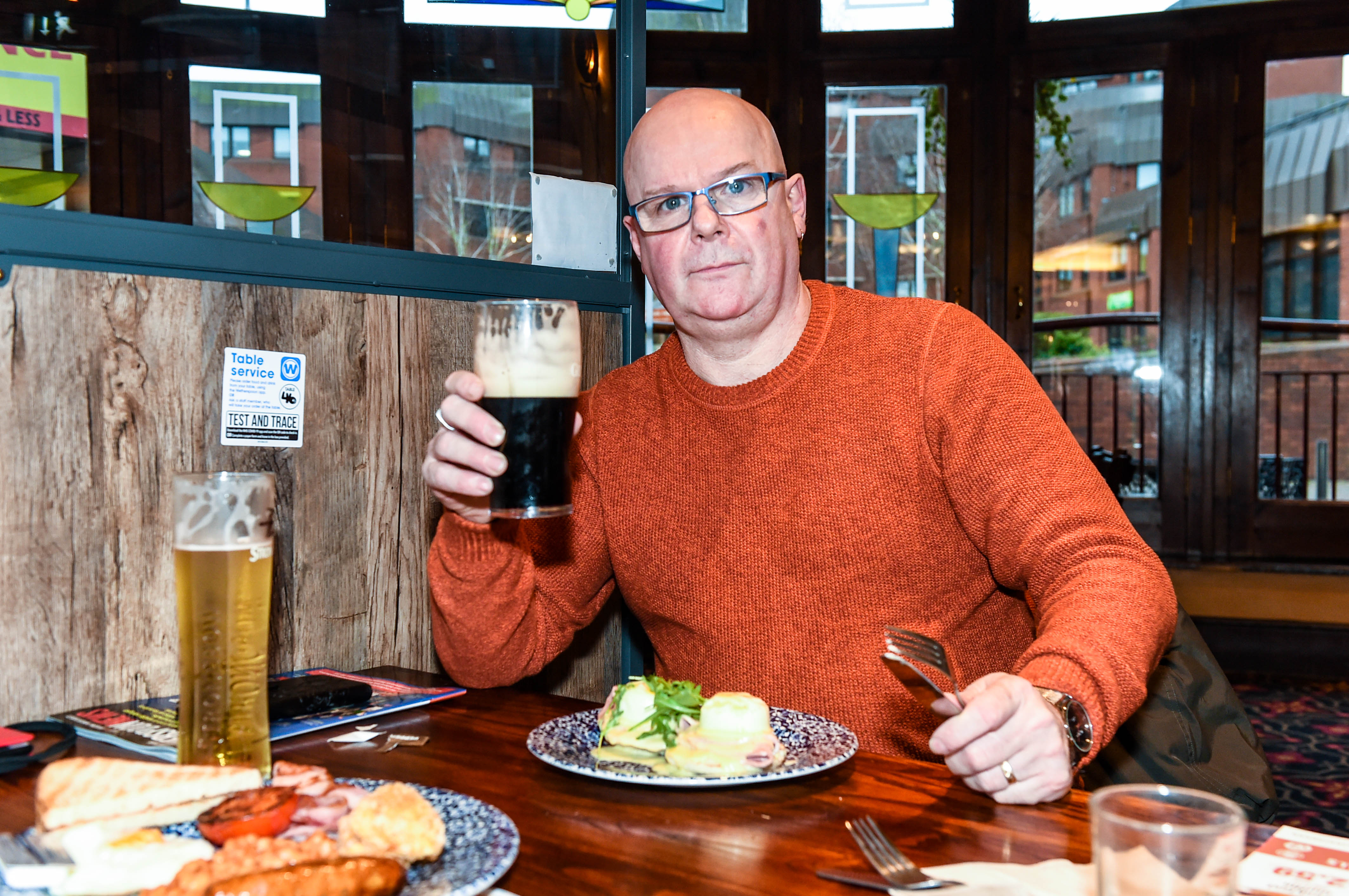 Keith Hill, at the Rising Sun in Redditch with his breakfast and pintCredit: @SnapperSK 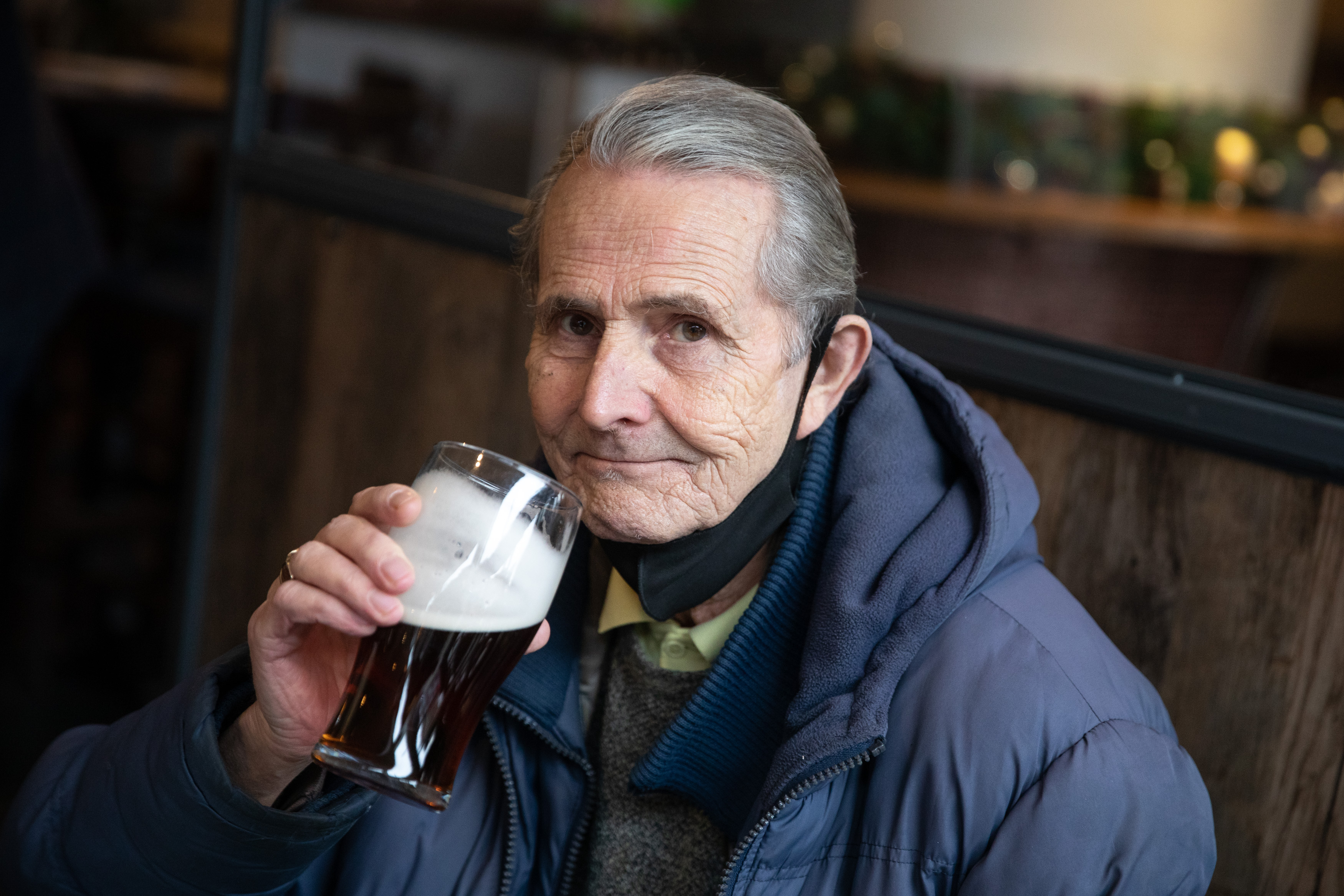 David Lloyd, 70, from South-East London, drinks a pint of beer in the Rockingham Arms pubCredit: Tom Nicholson / The Sun 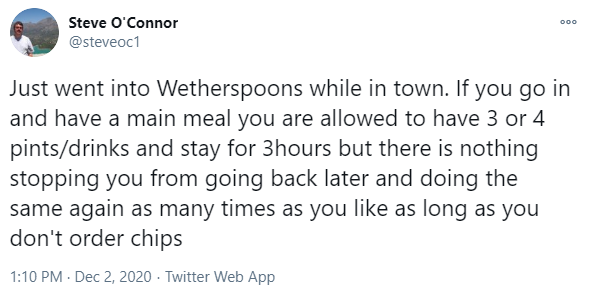 Wetherspoons have told landlords to enforce restrictions as they see fit

While eager punters have been left frustrated, landlords are able to restrict drinks per person if they choose to.

But rules differ between each pub, as the smallprint for tier regulations gives little guidance other than offering the option to bring in limits.

The Sun understands Wetherspoons is not enforcing a blanket rule but landlords have been encouraged to enforce limits.

Today people flocking to the Rising Sun in Redditch, Worcs., were told they could only have three pints before moving on.

Unhappy supermarket worker Keith Hill, 57, said: “The rules are confusing – even the politicians don’t understand them. What’s a substantial meal? No one knows.

“I’m limited to three pints, which will be gone in an hour. So I’m going to go to the pub down the road for a couple more.

“I’ll have to order food in both, which I wouldn’t usually do. It doesn’t really make sense.

“I could stay in here all day and drink soft drinks but three pints and I’ve got to leave. It’s crazy.”

And Mick Cox, 54, grumbled: “I think the three pint limit they’re telling us here is crazy. On a weekend, I’d have 15 pints on a Saturday so three is nothing.”

Furious people tweeted about the restrictions, with one writing: “3 pints per meal apparently in Wetherspoons load of s***e luckily I brought my moustache disguise.”

And another said: “Just went into Wetherspoons while in town.

“If you go in and have a main meal you are allowed to have 3 or 4 pints/drinks and stay for 3 hours but there is nothing stopping you from going back later and doing the same again as many times as you like as long as you don’t order chips.”

I’m limited to three pints, which will be gone in an hour. So I’m going to go to the pub down the road for a couple more.

Pubs in Tier 2 can serve alcohol as long as it comes with an order of a “substantial meal”, to try and limit boozing sessions with no food.

But Wetherspoons staff appeared confused over when punters could return for a second “substantial meal”.

One manager insisted customers could not return for 24 hours, but another believed it would be okay to dine for breakfast, lunch and dinner.

A landlord in Worcester said the rules had been signed off by public health officials in Reading, Berkshire, and a Spoons in Yorkshire confirmed they had a pint limit in place.

The Three Tuns in Thirsk, North Yorks., was among the Wetherspoon’s enforcing the three-pint limit.

In some Wetherspoons pubs there is also a two-drink maximum after you finish eating, before you have to leave. 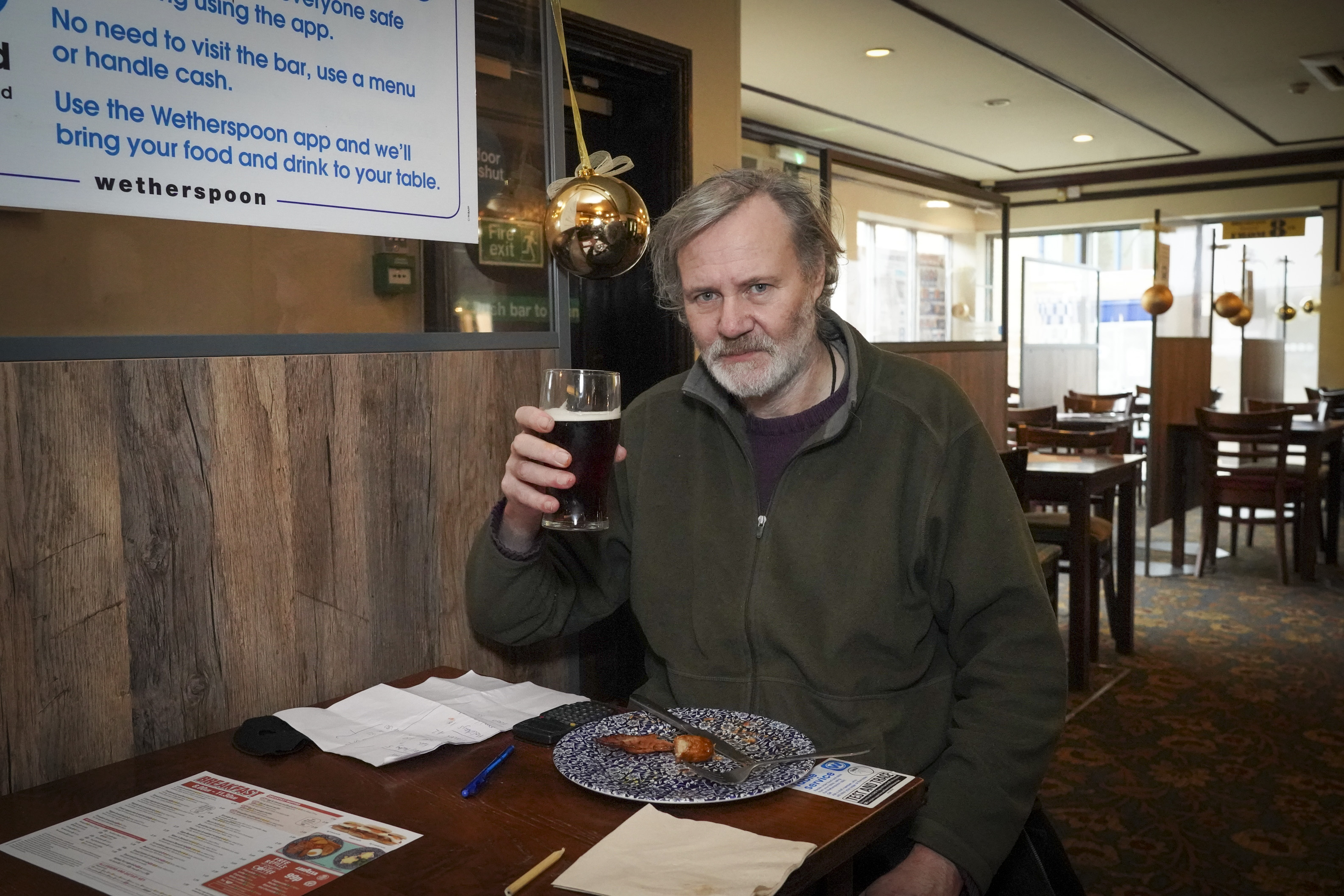 Drinkers headed out today to have their first post lockdown pintsCredit: Ian Whittaker – The Sun 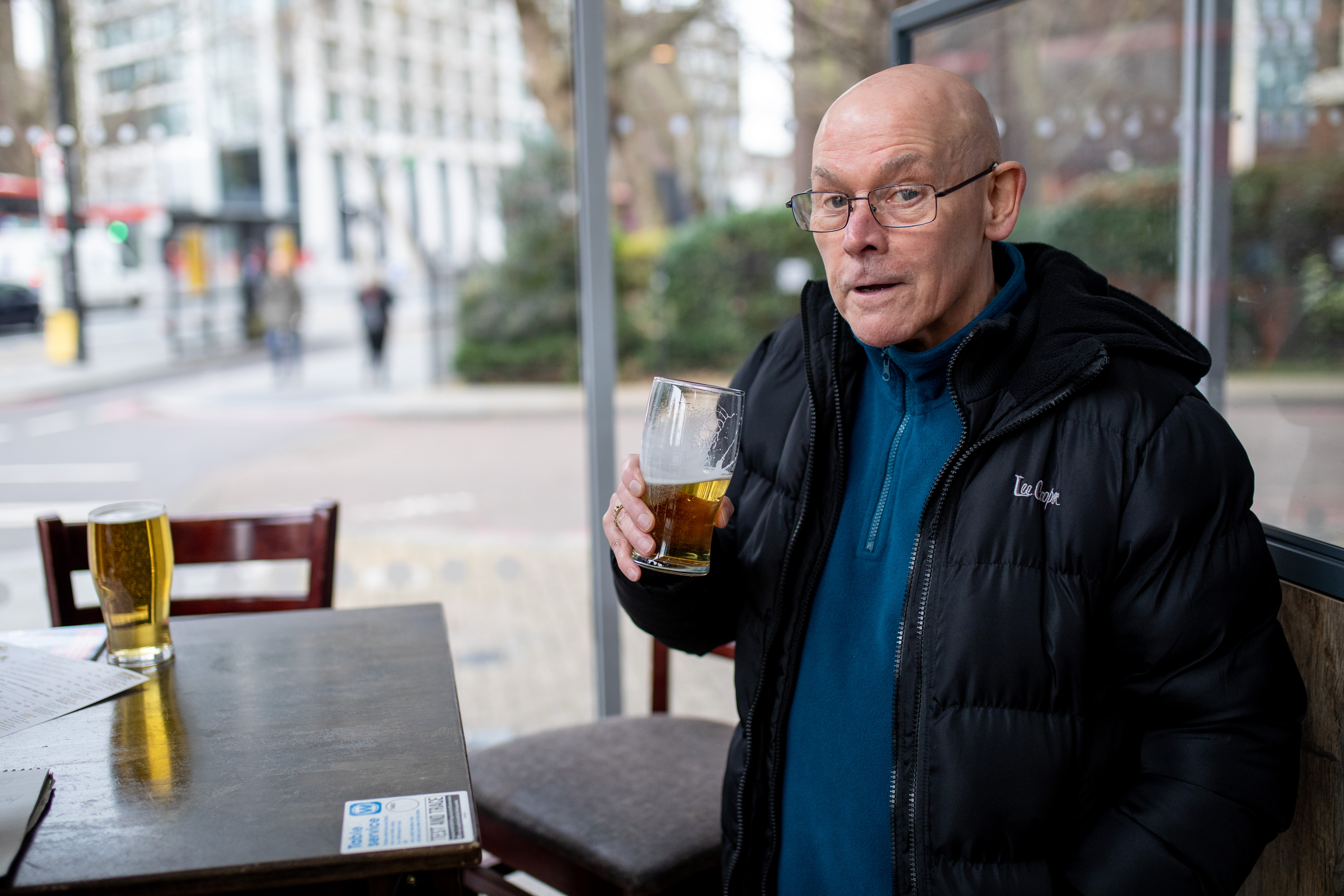 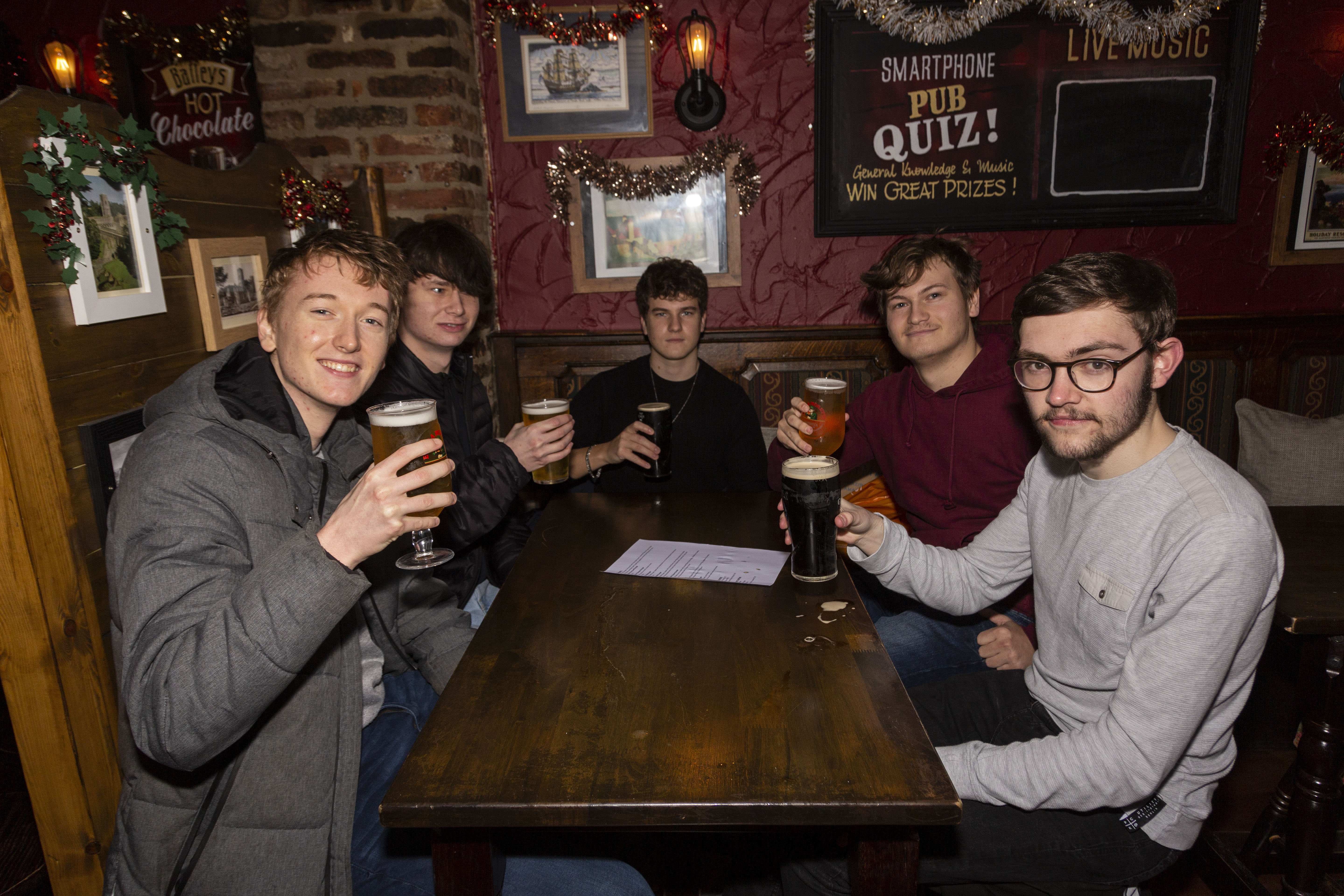 A group of housemates go to the pub in York on the first day out of lockdownCredit: SWNS:South West News Service

While punters are delighted to be back in pubs, confusion has reigned over what counts as a “substantial meal” for Tier 2 drinkers and how many pints are allowed.

But David Morgan saw the bright side as he supped a pint of Strongbow at his local.

He said: “I’ve missed this place so much. It’s so good to be back. I live on my own so the pub gives me company.

“This Strongbow is my first of the day. I’ve been told we can have three pints before we’ve got to leave.

“The rules are there for a reason so we have got to abide by them. If we don’t people will get knocked down again.

“At the end of the day, at least we can come out and have a drink. It’s better than being cooped up indoors.”

Today the country moved back into a “beefed up” tier system – with restaurants and shops allowed to open back up.

Pubs have curated special menus with cheaper fare specifically for people in Tier 2 to order alongside drinks – with one savvy landlord launching a £1.99 “Boris Menu”.

In Tier 3 it’s takeaway only for pubs and restaurants, with people having to wait a little longer to get their hands on a proper pint.

Wetherspoon boss Tim Martin announced more than 50 pubs across Wales will shut at 6pm on Friday after being banned from selling alcohol.

Mr Martin said: “There is very good evidence that lockdowns, and this is a type of lockdown, simply don’t work. There is lots of examples of that throughout the world.

This scare tactic that so many people are going to die are nonsense in my opinion.”

Shoppers were seen queuing in the dark from 5am and gyms reopened at midnight as the national lockdown ended this morning.

Dozens of fitness fanatics flocked to a gym in London, while Brits queued up to to be the first people inside Primark as England moved into the new tier system. 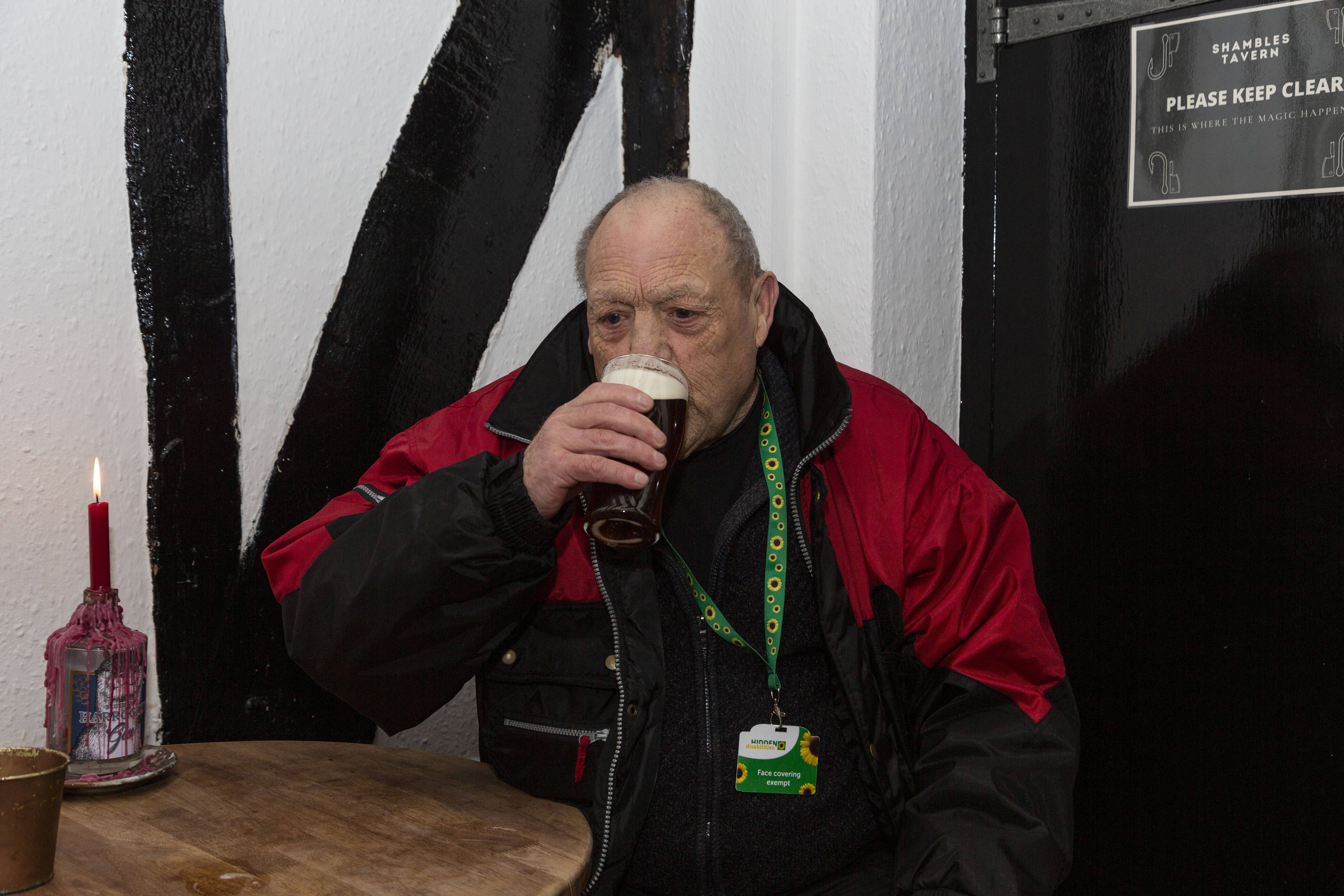 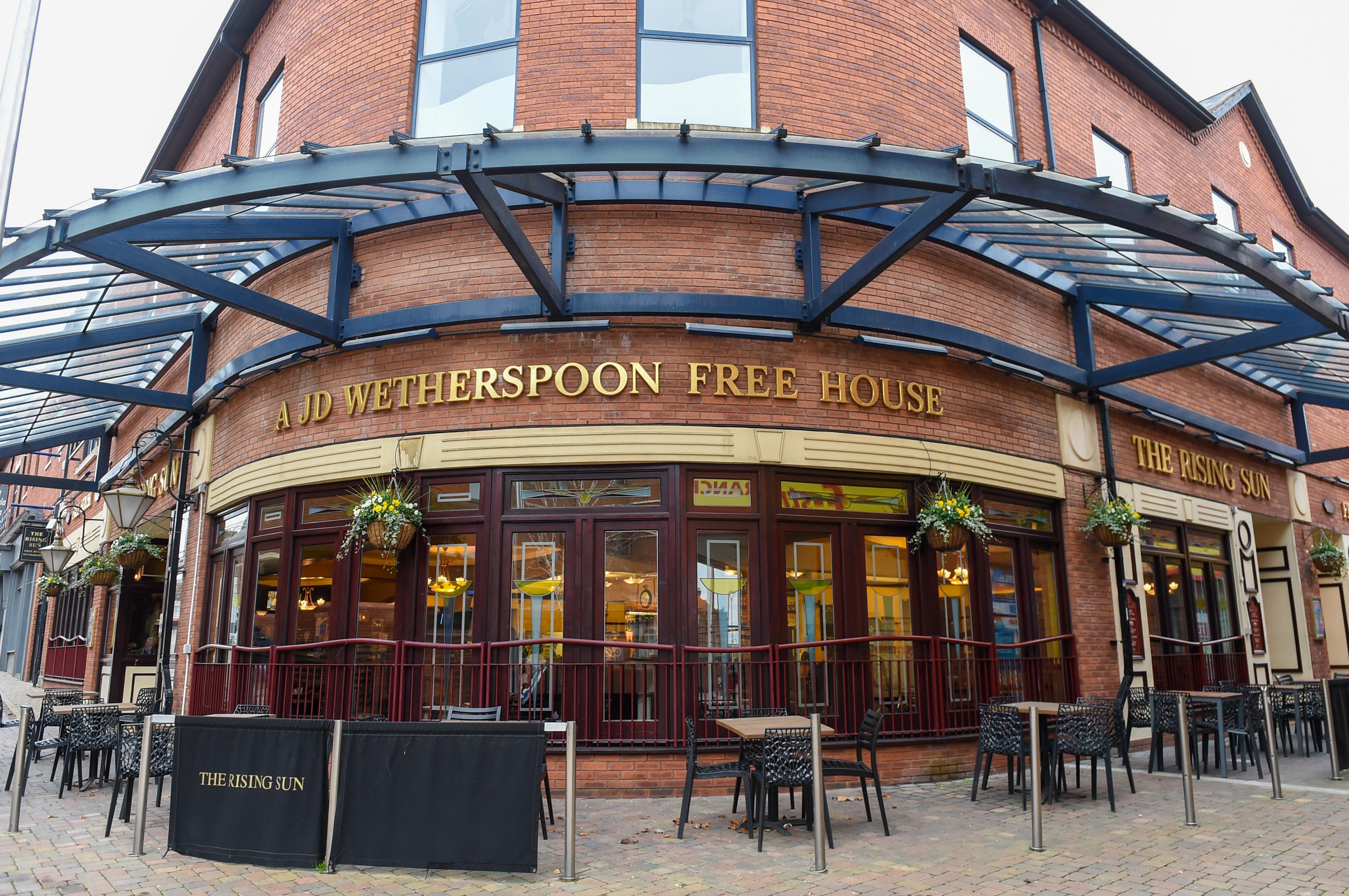 The Rising Sun told customers they could only have three pintsCredit: @SnapperSK 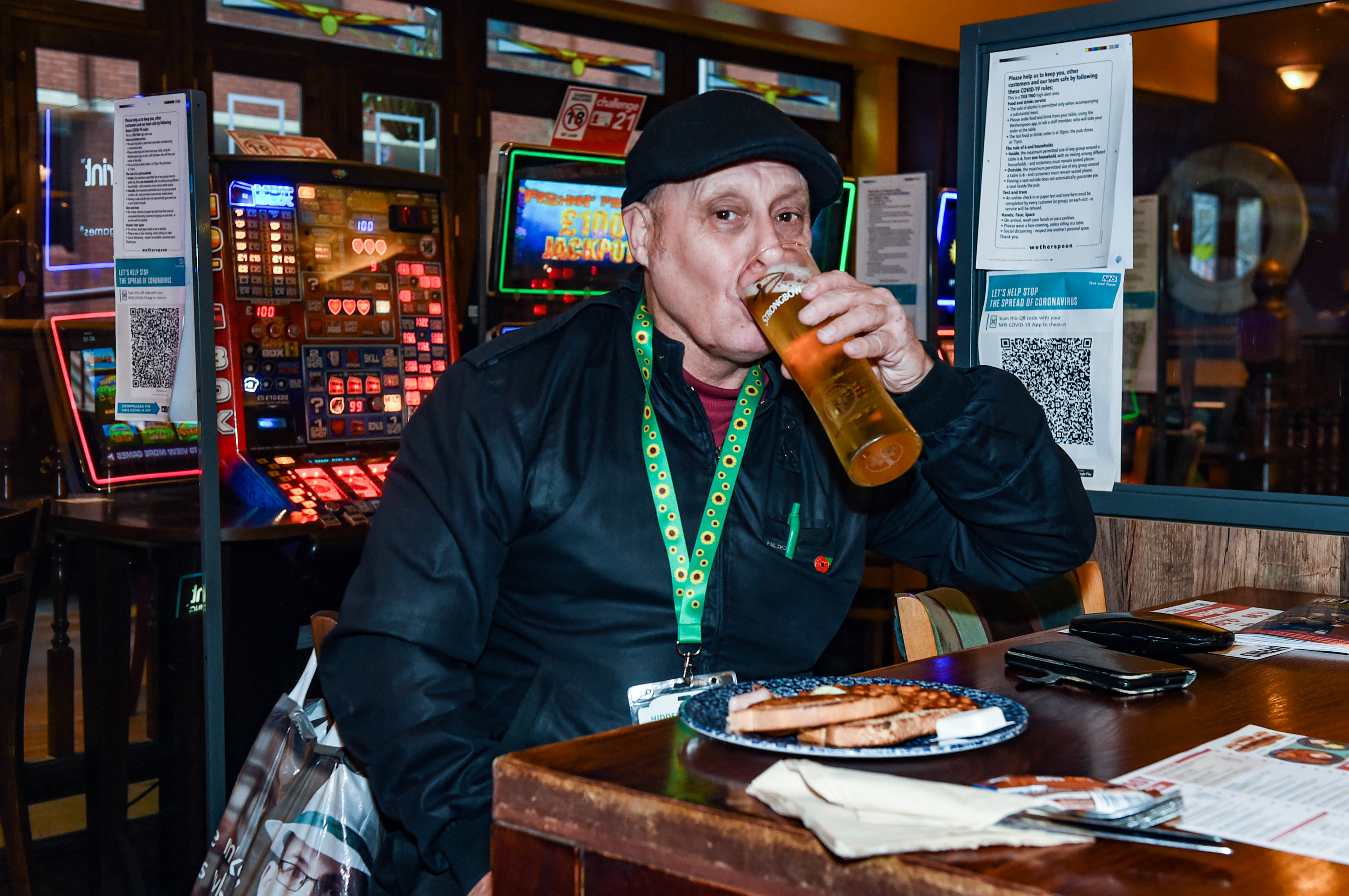