PRESIDENT Joe Biden enacted the Defense Production Act on May 18, 2022, in response to the baby formula shortage in the US.

The act was put in place so suppliers are able to respond to the demand.

The Defense Production Act was put into place in 1950 during the Korean War.

The act is implemented by the acting president and is used to expand and expedite the shipment of material goods that are in short supply.

Through the act, it gives the president executive authority to ensure supply chains are prioritizing the goods required at the time.

The president can also, with the support and approval of Congress, offer loans or loan guarantees to companies to ensure they have the funds needed to speed up production.

When the Korean War began in September 1950, then-President Harry Truman signed the Defense Production Act into law so he would be able to use his authority reorganization and prioritize industrial needs.

He warned Congress that the war in Korea could have sweeping repercussions, causing inflation and supply shortages.

In an address to the nation in July 1950, Truman said, “The things we need to do to build up our military defense will require considerable adjustment in our domestic economy.

“Our job now is to divert to defense purposes more of [our economy’s] tremendous productive capacity–more steel, more aluminum, more of a good many things.”

Congress passed the law in September of that year to allow the president to prioritize defense production, set price ceilings, and expand private and public production capacity.

The law has since been reauthorized 53 times and is set to expire in 2025.

Why has President Joe Biden enacted the law?

President Joe Biden enacted the Defense Production Act on May 18, 2022, amidst a nationwide baby formula shortage.

The shortage has made it difficult for parents to feed their babies who heavily rely on the formula, resulting in them turning to online recipes that experts are warning against.

The former chair of the American Academy of Pediatrics Committee on Nutrition, Dr Steven Abrams, told the BBC that diluting formula or using recipes found online can be detrimental to a baby’s growth.

Abrams said that over the last 60 years, “The standard by which we develop infant formula is breast milk. We’ve come to understand breast milk better and better.

“If they’re not breastfeeding, [the formula] has got to have all the nutrients in there.”

The Biden administration is using the law to require suppliers to prioritize the delivery of the ingredients needed to make baby formula, to the producers of the product.

“I know parents all across the country are worried about finding enough infant formula to feed their babies — as a parent and as a grandparent, I know just how stressful that is,” Biden said in a video posted on Twitter.

He said he has directed his administration “to do everything possible to ensure there’s enough safe baby formula and that it’s quickly reaching families that need it the most.”

Biden wrote alongside the video that he is taking two important steps to address the shortage including “Invoking the Defense Production Act to increase domestic production” and “Launching Operation Fly Formula to use federal planes to fly formula in from abroad.”

He added, “We’re making sure safe formula gets to all who need it.” 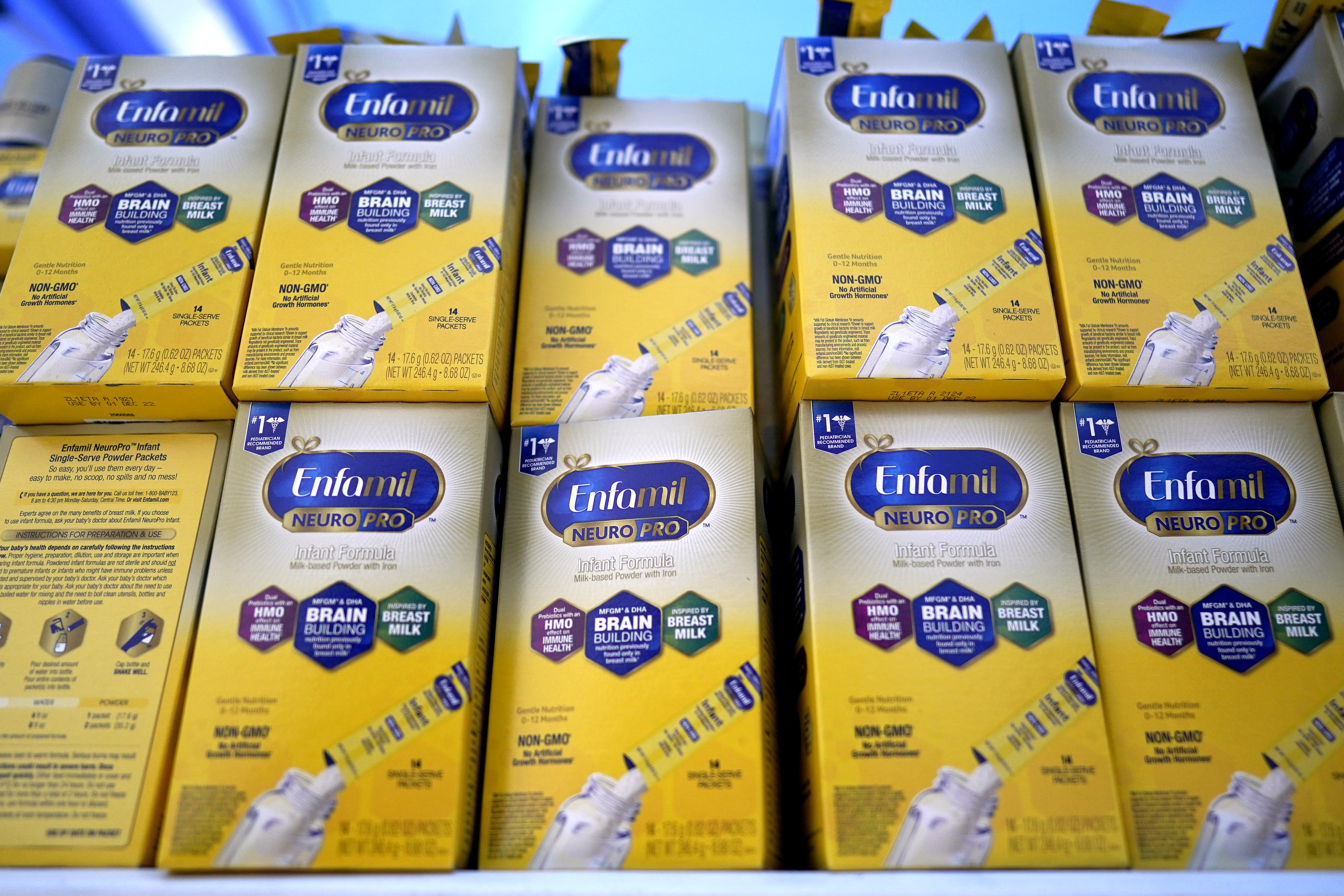 There is a nationwide baby formula shortageCredit: AP

When has the Defense Production Act been used?

The Defense Production Act has been implemented 53 times since its inception in 1950.

In recent history, under the presidency of Donald Trump, the act was invoked 18 times in response to the Covid-19 pandemic.

Trump initially disagreed with utilizing the Defense Production Act, saying in 2020, that it was a “break the glass” last resort, The New York Times reported in 2020.

The act was eventually implemented to supply ventilators to hospitals and produce more PPA such as masks and gloves for health workers.

When Biden took office in January 2021, he enacted the law to help Pfizer gain access to equipment that would allow it to speed up the production of the Covid-19 vaccine.

He used the act again in 2021 to address the shortage of fire hoses as wildfires sprung up around the country.

It turns out, when you get diagnosed with breast cancer, you basically have to do a PhD overnight (Picture: Iyna)In...

The Big Happiness Interview: Sonia Choquette on intuition as a superpower