What is the pingdemic and why has the NHS Covid app forced so many to self-isolate?

A MILLION people have been pinged by the NHS Covid app in just one week – sparking a UK wide ‘pingdemic.’

But what is the pingdemic and what chaos has it caused? Here’s all you need to know…

A pingdemic is sweeping the nationCredit: Alamy

What is the pingdemic ?

A ‘Pingdemic’ is currently sweeping the nation, with pubs, factories, hospitals and airports being forced to shut because of staff isolations.

This means a staggering two million Brits are now thought to be stuck at home.

Why has the pingdemic caused chaos?

Currently parents are pulling kids out of school early to avoid the “Pingdemic” and having to cancel their summer holidays.

Youngsters are being kept at home by their worried parents to avoid the risk of being “pinged” or told to self-isolate ahead of the summer holidays, it’s been revealed.

Meanwhile a tube line has been suspended and two others affected after the “Pingdemic” cut staff numbers.

Train services are being affected by a staff shortage triggered when workers were told to self-isolate.

And Marks and Spencer could be forced to reduce its hours as supermarket bosses warn the pingdemic crisis could leave shelves EMPTY, it has been reported.

Retailers have warned of a “massive disruption” to food supplies just hours before the PM is set to ease most of the pandemic restrictions.

A senior M&S executive told The Times soon there won’t be enough staff to open stores because of spiralling infections and the number of people self-isolating.

The test, track and trace strategy has been one of the key measures in helping businesses reopen safely through the pandemic as the nationwide vaccine rollout has gathered pace.

The NHS Test and Trace Service initially launched with a team of 25,000 contact tracers on May 28 and has since been downloaded by an estimated 5 million people.

Anyone who has come into contact with someone who has tested positive for the deadly bug will be told to self-isolate.

Even with the easing of almost all restrictions earlier this week, it is hoped that the test, track and trace system will reduce the spread of the virus by identifying and containing the bug. 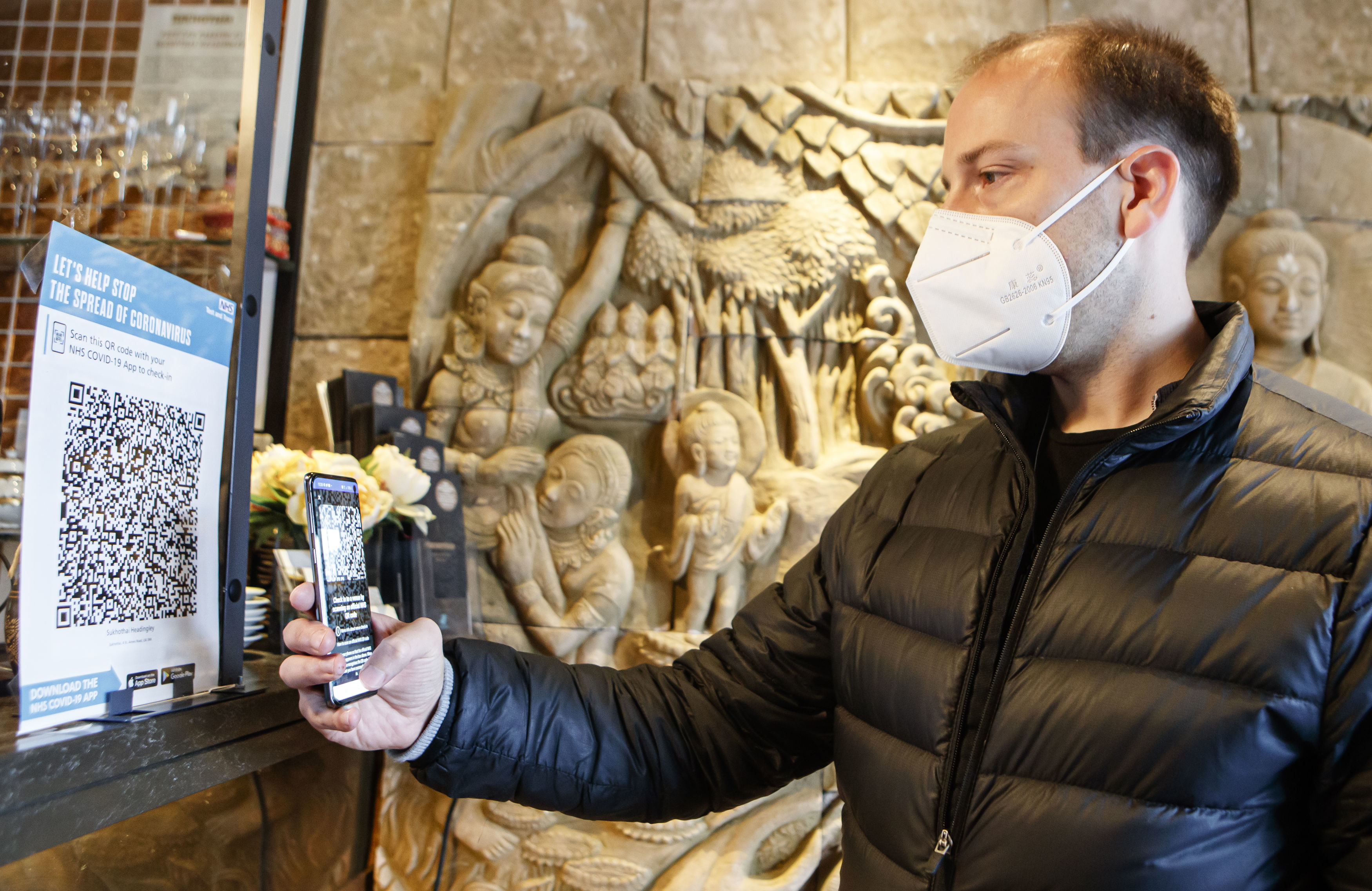 People have been checking in on the app for track and traceCredit: PA

What are the consequences of so many people isolating?

The crisis is hitting supermarkets’ opening hours and starting to cause gaps in fresh meat, salad, bottled drinks and freezer sections.

There was a shortage of fresh fruit and veg, fridge food, water, beer and kitchen roll at a Tesco in Cambridge, while nearby Asda ran short of bread and greens.

Police response times are being affected as some forces experience “higher levels of absence”, it has been suggested.

The National Police Chiefs’ Council (NPCC) said that in some forces, functions such as control room operations are seeing higher staff absences than the national police absence rate, which is 7.3%.

This has an impact on a force’s ability to respond quickly to calls from the public, the NPCC said.

Deliveries of letters and packages have been disrupted after a wave of postal staff have been forced into Covid self-isolation.

Royal Mail service alerts were issued for eight locations alone over the weekend, from Bath to Blackpool, the Sun can reveal.

Has Boris Johnson made any changes to NHS Covid app?

Boris Johnson announced that thousands of critical staff who are double jabbed will be freed from the draconian rules to stop the country grinding to a halt.

Essential workers in the energy industry, telecoms, food supply and parts of law enforcement will be allowed to head out to work if they have a Covid contact.

THE ESSENTIAL WORKERS WHO CAN AVOID SELF-ISOLATING:

Double jabbed workers who can avoid self-isolating if pinged:

He said tonight: “I want to assure you that we will protect crucial services including the staffing of our hospitals and care homes, the supplies of food, water, electricity and medicines, the running of our trains, the protection of our borders and the defence of our realm, by making sure that a very small number of named, fully vaccinated, critical workers to leave isolation solely for this work.

But he added: “But for the vast majority of us, myself included, we do need to stick with the system for now.”

When will the rules around self-isolation for close contacts change?

Plans to exempt double-jabbed Brits from isolation do not kick in until August 16, and this is unlikely to change.