When will Track and Trace end in UK?

THE NHS Test and Trace App has been a vital tool in stopping the spread of coronavirus in the UK.

After initial trials took place with a team of just 25,000 contact tracers in 2020, latest data suggests that 5,473,208 people are being tested per week. Here we update you on the latest.

The NHS app is set to be used beyond Freedom Day on July 19Credit: Alamy

When will track and trace end?

NHS Test and Trace will continue after lockdown eases in England on July 19.

Currently, anyone alerted they have been in contact with someone who has tested positive must — by law — isolate at home.

Also everyone with flu-like symptoms, which is defined as a fever of above 37.8C or a persistent cough, should stay home.

But this is changing next month for people who have had vaccinations.

From August 16, double-jabbed Brits will be allowed to skip self-isolation if they have come into contact with a Covid patient.

If you haven’t had your two jabs, you will have to isolate.

People who test positive will still have to self-isolate for 10 days even if they’re jabbed however.

Spelling out the rules Health Secretary Sajid Javid said that anyone who gets their second dose on the cusp of August 16 will still need to wait two weeks so the extra protection can kick in.

Mr Javid also confirmed under-18s – who are not eligible for vaccines – will also be able to avoid quarantine if they come into contact with a Covid case.

What is track and trace used for?

The track and trace app is used to alert people that they have been exposed to someone with coronavirus.

It works by using Bluetooth to log when another user’s smartphone has been in close proximity.

It works out the proximity of your phone and theirs based on the signal strength and makes an anonymous record of the contact.

If a person develops Covid-19 symptoms, they can report their symptoms to the app and provide details of their close contacts.

If the other person then reports, through the app, a positive test result, it will notify you as well as anybody else with whom the person has been in recent contact.

These contacts are then approached on text, email or phone

If you are contacted in this way, you must self isolate at home for 10 days  from your last point of contact with them, even if you don’t have symptoms.

Other people in your household don’t have to self-isolate unless you or they develop symptoms. 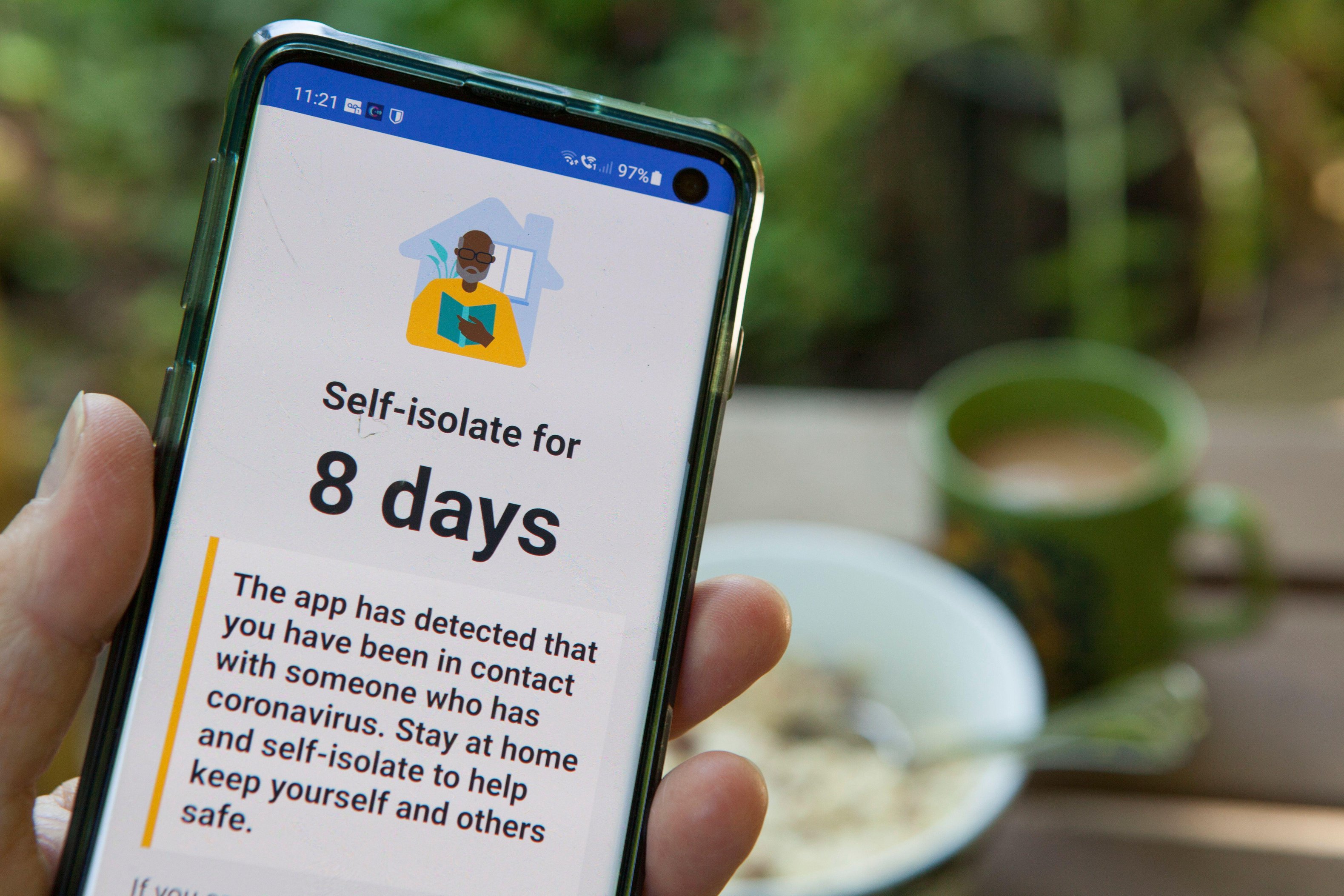 The testing place has been in place since May 2020 and tells people whether they need to isolateCredit: Alamy

When was track and trace introduced?

Anyone who has came into contact with someone who had tested positive for the deadly bug was told to self-isolate.

Furthermore, to understand how coronavirus spreads through the population, 20,000 households were recruited and routinely tested over 12 months.

In total, 300,000 participants were involved in the study.

Scientists also recorded “High accuracy” antibody tests  be used to understand how immunity could work in those recovering from the disease.

Those taking part were swab-tested and asked questions by a health worker during a home visit.

The tests were repeated every week for five weeks, and then monthly for a year.