OMICRON is gradually spreading throughout the UK after a global alarm was raised.

Cases have been found in England and Scotland, with experts warning hundreds more will emerge soon.

In total there are 14 confirmed cases, but labs are thought to be probing hundreds of samples.

Scotland logged another three infections of the mutant variant this morning, on top of six reported yesterday.

They are scattered within Lanarkshire and the Glasgow area.

England has got five confirmed cases, with three found in the capital.

One, in Westminster, came from a person who has since left the country, and the other two are isolating in Camden and Wandsworth.

Another two cases in England have been reported in Nottingham and Brentwood, Essex.

? Read our Omicron variant live blog for the latest news

The Health Secretary told the Commons yesterday afternoon: “There have now been five confirmed case in England and six in Scotland.

“We expect cases to rise over the coming days.

“The new variant has been spreading in the world – its been reported in Austria, Belgium, Germany, Italy, Portugal, Netherlands.

“In this race between vaccines and virus, this variant may have given the virus extra legs.

The chief of the UK Health Security Agency, Jenny Harries, said there are 10 more “highly likely” cases in England.

But she added there isn’t signs of a surge yet, with no signs of an increase in “S-gene target failure” in PCR tests in Britain, which is a feature of Omicron.

Scotland’s Health Secretary Humza Yousaf said there are now five cases in the Lanarkshire area and four in NHS Greater Glasgow and Clyde, up from the six across the two areas announced on Monday.

Asked if there was any connection between Cop26 or a recent South Africa rugby match, he told BBC Good Morning Scotland: “There’s nothing that links these cases or indeed the variant back to Cop26 or indeed the rugby match.”

He added: “There’s nothing that indicates these cases or this new variant has come via the rugby or Cop26 but that work of course is still ongoing.”

To beat the spread, Brits who fail to wear a mask in shops and on public transport face a maximum fine of £6,400 from today.

Penalties of £200 will be handed to people in England who don’t wear a face covering under new Government rules to crack down on the Omicron Covid variant.

It comes as another Christmas lockdown hasn’t been ruled out as a last resort to tackle Omicron – as Health Secretary Sajid Javid insisted we must “learn to live” with Covid.

Brits have been urged to get their third jabs and start self-testing regularly to help avoid further restrictions over the festive period.

As well as shops, buses trains and trams, masks must also be worn in hairdressers, nail salons, banks and post offices in England under new curbs from 4am.

Masks won’t be required in the hospitality sector, meaning they aren’t needed in restaurants and pubs, or by law in venues like concerts, cinemas and theatres.

Dr Jenny Harries, Chief Executive of UKHSA, said: “We are continuing our efforts to understand the effect of this variant on transmissibility, severe disease, mortality, antibody response and vaccine efficacy.

“Vaccination is critical to help us bolster our defences against this new variant – please get your first, second or booster jab without delay.

“It is very likely that we will find more cases over the coming days as we are seeing in other countries globally and as we increase case detection through focussed contact tracing. That’s why it’s critical that anyone with COVID-19 symptoms isolates and gets a PCR test immediately.” 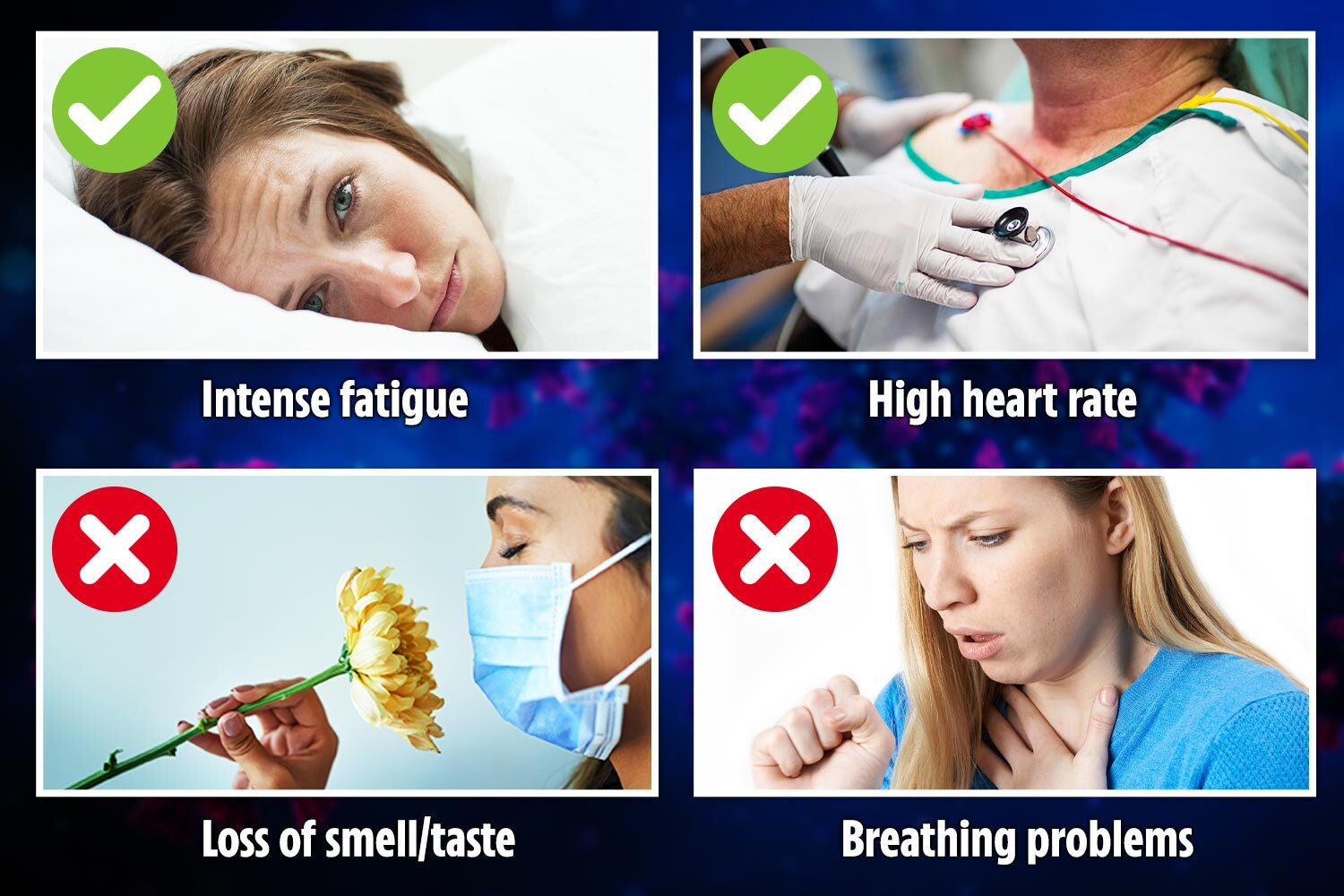 Omicron shows up as different symptoms in people compared to Delta 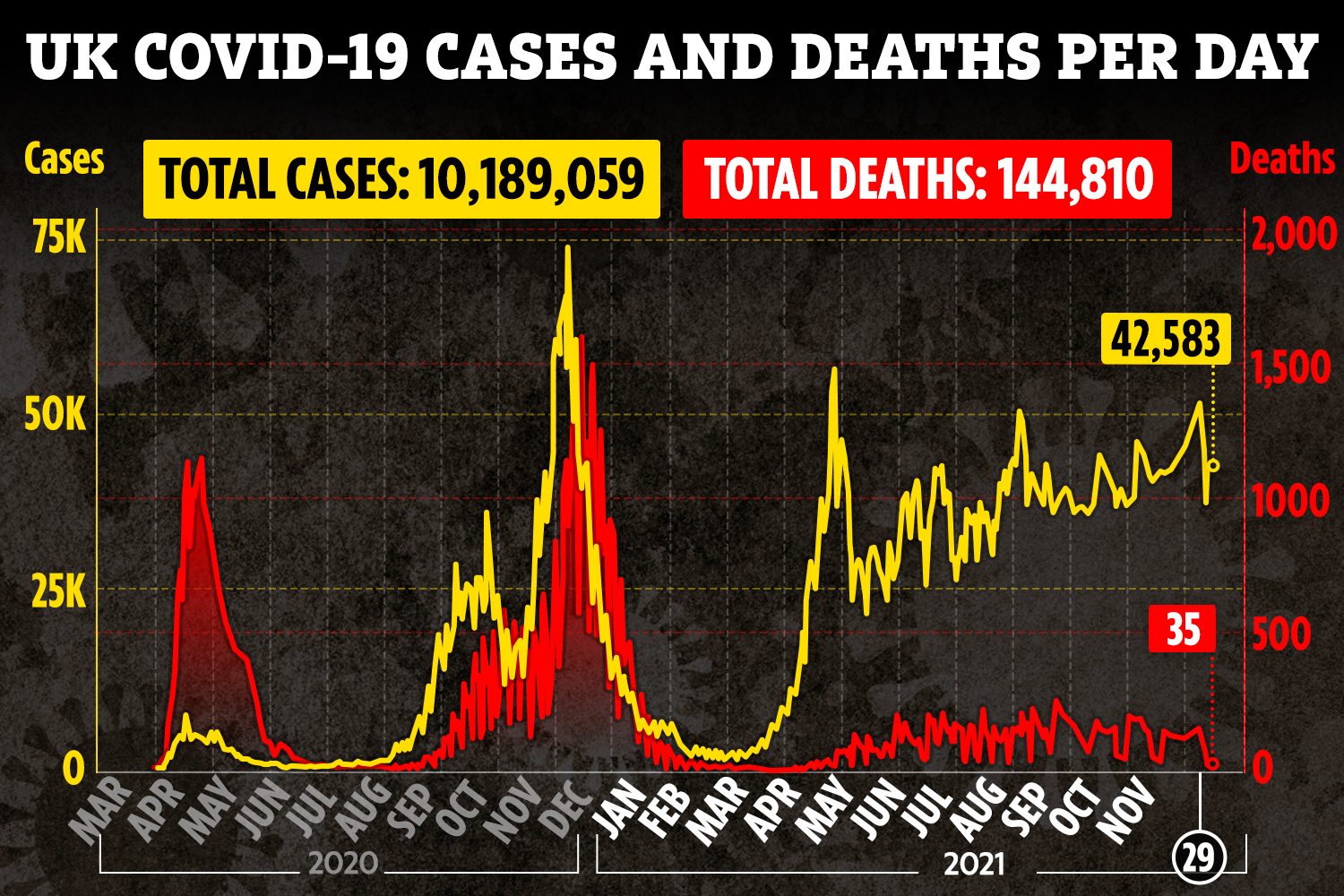 Professor Adam Finn, a member of the Joint Committee on Vaccination and Immunisation (JCVI), said that now is a “time for caution” as he urged people to do “anything that they can do to reduce the risk” of catching Covid-19.

He told Sky News: “It’s a time for people to be careful to stay at home when they can to avoid contact with others just to help us get through this difficult period.

“Asked about Christmas, he added: “Well, certainly we don’t want to cancel a Christmas yet again.

“But in the build up to Christmas the more we can keep a watchful eye open for this virus we reduce the risk of getting exposed to it.”

The worrying new variant has now been spotted in 14 countries – with global travel being restricted to stop the viral spread.

The US, Australia, India and much of Europe has brought in travel bans, quarantines and extra screenings.

Boris Johnson introduced a range of measures to slow the spread on Saturday.

Next three weeks crucial for getting ahead of Omicron as scientists learn more, says JVT