Why do PCR tests cost so much and could prices be reduced?

PCR tests for Covid – required for international travel – have been branded a “rip off”.

They can cost more than five times the price of a return holiday flight – meaning some families are forced to fork out hundreds of pounds extra to go abroad.

A sign to a Covid-19 test centre at London’s Heathrow Airport in July 2021Credit: EPA

Why are PCR tests so expensive?

PCR testing is free for anybody who has Covid-19 symptoms, including a high temperature, a new continuous cough or a loss of or change in sense of taste or smell.

Complimentary testing is also available for several other reasons, including for people who have come into contact with a positive case and anyone taking part in a government pilot project.

But the free service cannot be used for travel.

Instead, travellers returning to the UK typically have to pay £93 for a PCR test from a government-approved provider.

This is almost five times the cost of £18 return flights from East Midlands airport to Barcelona and Exeter to Alicante between August 24 and 27.

It is not known exactly why some providers charge so much, but many blame firms for trying to make a tidy profit in nothing more than a “get rich quick” scheme.

The Health Secretary has even asked the Competition and Markets Authority (CMA) to investigate if there is profiteering going on among companies offering PCR tests.

Sajid Javid said: “People should be able to go on holiday, whether it’s to see family or just to relax, without fearing excessive fees for PCR tests.

“That’s why I’ve asked the independent CMA to see how we can crack down on unfair market practices.”

This suggests the industry has brought in about £200million – likely to increase to £300million by the end of August, The Independent reports.

Could the cost of PCR tests be reduced?

Some firms have dropped their prices slightly in the last few months, while others have hiked them up, possibly to cash in on travel restrictions easing.

Ministers are under pressure to put a cap on the price travellers have to pay for PCR tests, as well as scrapping the VAT on them.

They want to ensure holidaymakers are not priced out of a trip abroad as Covid travel restrictions slowly lift.

Tory MP Henry Smith, chairman of the all-party Future of Aviation Group, said: “Testing for international travel has become little more than a tax on travel, adding a huge disincentive to travel.

“When the cost of testing can be more than the price of a ticket, it is clear that the current system is not fit for purpose and needs urgent reform to stop the rip-off fees we are currently seeing.”

He added: “Ministers must urgently consider a cap on the total cost of testing. It is high time that the Government got to grips with this issue.”

He said: “The number of tests required and their exorbitant prices in the UK risk making foreign holidays the preserve of the well off.

“This is plainly unfair to families on average incomes and risks destroying our very successful travel industry.

“This problem should be tackled as a matter of urgency.”

The UK’s testing pricing is worlds away from the system in other European countries.

Both Greece and Italy have set a cap for the price of PCR tests, while in France they are free for citizens, and other countries have axed VAT on testing kits.

The Government has said it is working with the travel industry and testing providers to “further reduce the cost of travel for the public”.

Where are the cheapest places to buy a PCR test?

The cost of PCR tests varies wildly, with numerous providers offering the service.

Before searching for the best deal, make sure to check the rules for the country you’re travelling to and which tests, and how many, they require.

Also look at what the UK government needs you to do when you return.

All PCR tests for travel must be taken with one of the 400-odd official test providers or your test will be invalid and you may have to pay twice.

Analysis by the Liberal Democrats found more than 100 outlets charge £200 or more, while just a tenth have prices under £50.

The cheapest tests are generally ones you do at test sites, with postal home tests costing three times as much.

For example, ExpertcovidtestingUK.com charges £20 for on-site tests, but its postal home tests start from £64.99.

Finding a local provider close to home or work will help keep costs down.

And make sure to check if your airline has any deals of testing, as Tui customers can pick up tests for as little as £20 while British Airways offers them from £43.

Other budget testing options include Nationwide Pathology which offers home testing kits for £40, Randox Health for £48, and Eurofins for £55.

The cheapest airport testing is at London’s Gatwick and Heathrow, where prices start at £69.

And on the high street, Boots charges £85 for in-store testing.

Could PCR tests be scrapped?

There are no known plans to scrap PCR tests for travel entirely, but the government is facing calls to change the system.

Chairman of the all-party Future of Aviation Group Tory MP Henry Smith wants to see PCR testing for travel replaced with the much cheaper rapid lateral flow tests – only forcing passengers to take the “gold standard” PCR if this was positive.

And Tim Alderslade, CEO of Airlines UK, told Talk Radio that “very expensive tests” were adding “a lot of complexity and a lot of cost to family holidays”.

He added: “If we’re not careful we’ll end up with a situation where it becomes a preserve of the rich again. At the moment PCR tests are a tax on air travel.

“Certainly they shouldn’t be charging VAT on PCR tests as well which they are currently, which is obviously a money making scam.” 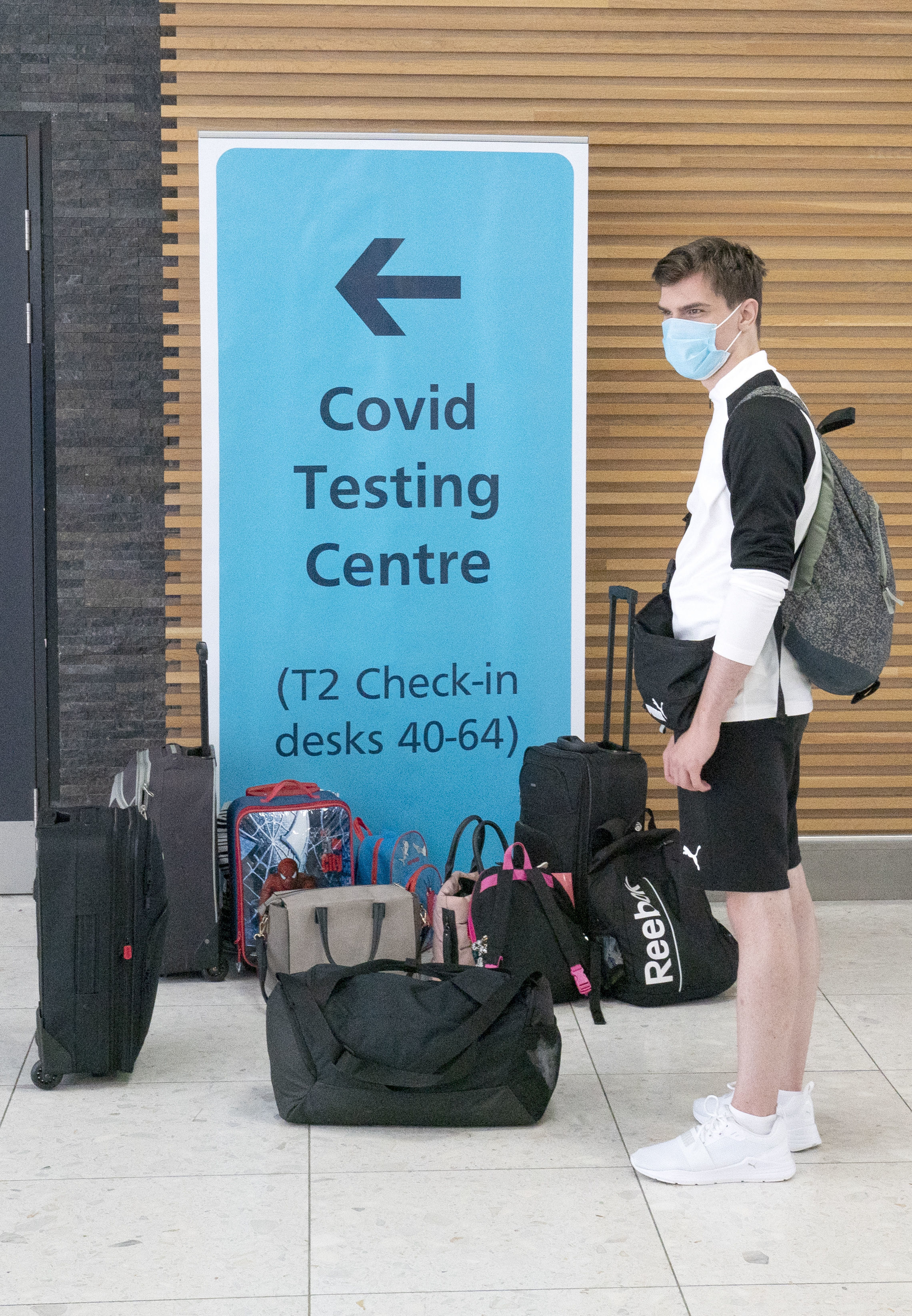 A traveller waits by a Covid testing centre sign at Glasgow AirportCredit: PA

Covid vaccine will be required to travel ‘for ever more’ and people will not be allowed to leave without it, Shapps says