Hazel with her new husband, and right, her skin before treatment (Picture: PA Real Life)

In just four years, Hazel Lovegrove lost nearly every member of her family, and the grief triggered a ‘livid, red’ skin condition.

It was so severe, it looked like she had been burned so she would stay indoors or wear a big hood if she had to go out, even in summer.

The 64-year-old developed discoid lupus on her face – a chronic autoimmune condition affecting the skin and causing a severe red rash – which, in turn, led to rosacea, after the deaths of her husband, mum, dad and her daughter.

But now, thanks to a series of chemical peels, Hazel has regained her confidence, found a new love and got remarried.

Hazel, a former cashier, of Salford, Manchester, said: ‘My husband passed away, then my mum, Mary, died in 1999, aged 69. She’d had a stroke and never really recovered.

‘My daughter, Karen, was only 26 when she died in 2001. She had a one-in-a-million condition called Goodpasture Syndrome. It’s an autoimmune condition affecting the lungs and kidneys.

Her skin before and after (Picture: PA Real Life)

‘I am sure that’s why I developed an autoimmune disease, as it all hit me very hard. My hair also fell out in patches. It was awful.

‘If it wasn’t for my daughter, Donna, 43, an office worker, I don’t think I would have got through it. She was my rock.

‘She misses her sister so much, but we’re so thankful we have each other.’

As she was grieving for each of her loses, she developed the red lumps on her face and was diagnosed with discoid lupus at 44. 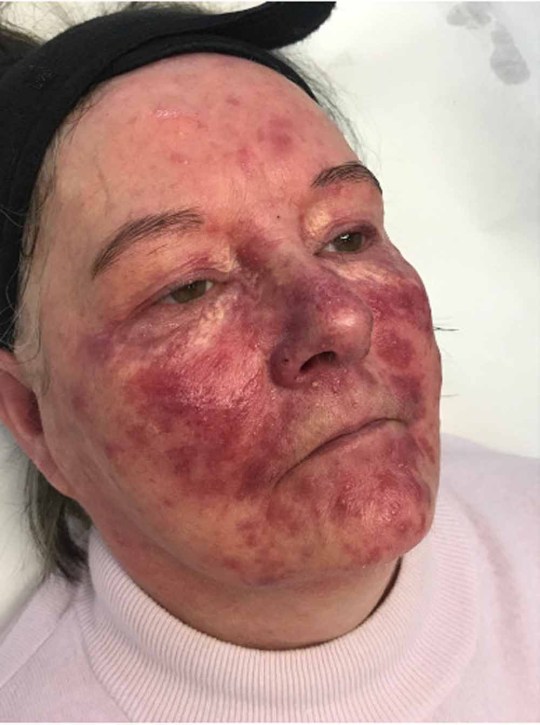 She was prescribed various creams by the hospital, but when nothing worked, she was sent for laser treatment, which she continued to have for eight years.

Hazel said: ‘It was horrible.

‘They tried their best, but the more laser treatment they gave me, it seemed the deeper the purple circles on my face became.

‘I ended up saying I didn’t want any more because it just wasn’t working.

‘For years, I became too self-conscious to go out. If I did leave the house, even in summer, I’d put a coat on with a hood up, so I didn’t have to show my face.’

Instead of catching up with friends and family, she would speak by phone and text and was increasingly isolated.

Then, on a rare trip to the shops in early 2017,  she spotted a specialist skin clinic SarahLouise Aesthetics on her local high street and, after walking past several times, found the courage to walk in. 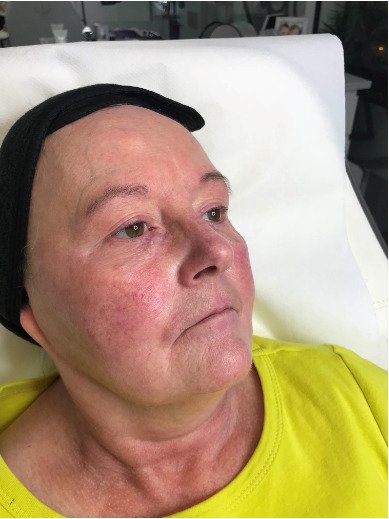 She said: ‘I walked past the door a few times but, after a few days, I plucked up the courage to go in and asked the lady at the front desk about my skin.

‘The lady who runs it came out and asked me to make an appointment – so I did.

‘She was so lovely. She told me that, despite rosacea being incurable, there were special chemical peels and creams that could definitely improve my skin.

After hearing her story, the clinic offered to treat her for free.

Hazel researched the risks, including permanent darkening or lightening of the skin, cold sores returning if you’ve had them before, scarring or an infection, as well as sensitivity to the sun, but agreed. 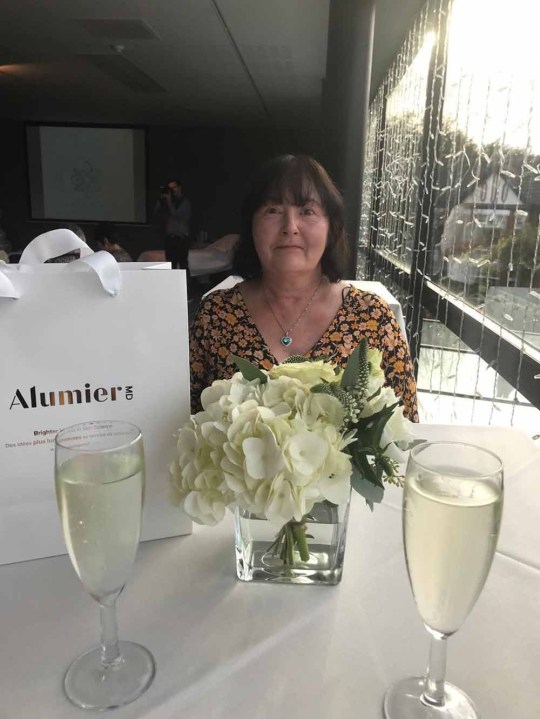 Starting with peels every two weeks but slowly increasing the gap, by the time the pandemic hit, she was having peels quarterly.

As the shop was closed for some time, she is now having intensive fortnightly peels for the next three months, to stop the rosacea from taking hold again.

Ongoingly, Hazel expects to have them every three months to maintain her skin.

Seeing in improvement in her skin helped her get her confidence back and just a few months after the first peel, she met Paul Lovegrove, 65, a builder, online.

‘She told me it’d been long enough and helped me to join a dating site.

She said: ‘He asked if it was ok to come over for a cup of tea at 6.30am, as he was dropping someone off at the airport.

‘I’m always up doing early morning stuff, so I agreed and that was our first date!

‘I didn’t tell him about everything I’d been through until we met in person.

‘And, while I’d had some treatment, my rosacea was still visible, so I did try to cover it with make up, but you could still see it underneath.

‘It didn’t matter, though, as we really hit it off.’ 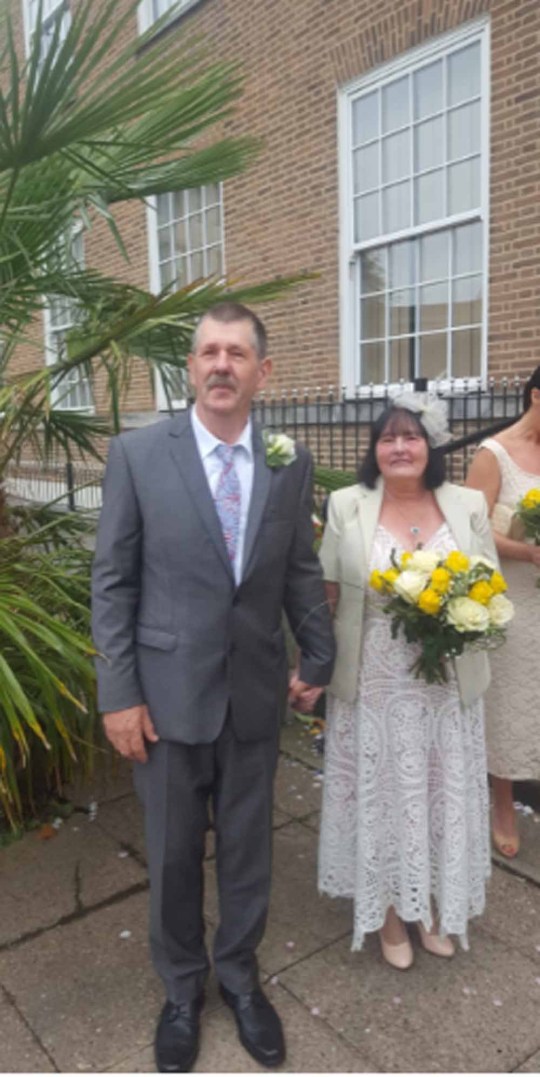 The connection was so strong, Paul proposed just a month later, choosing a special day.

Hazel said: ‘I met Paul for the first time on my mum’s birthday on March 14 and on my birthday, April 13, he gave me a ring.

‘Everyone else thought it was a bit quick, but for me it felt just right.’

They tied the knot on 22 September 2018 at the local register office in Swinton.

She said: ‘When I first met Paul, I was nervous about meeting his friends, because they are all quite lively and my skin had made me so self-conscious.

‘And before I had my treatment, I wouldn’t even get on a bus, because I was so worried about people staring at me.

‘My face was so red and angry, I just looked unsightly.

‘I was on my own for 16 years and wouldn’t see people for days on end.

‘Having clear skin gave me the confidence to join a dating site and to marry Paul – another thing I would never have done if my face still looked the way it did.

‘I never used to take photos, but now I’m proud to share my wedding photos.

‘Instead of feeling self-conscious, I feel elated – like I’ve been given back my life.’