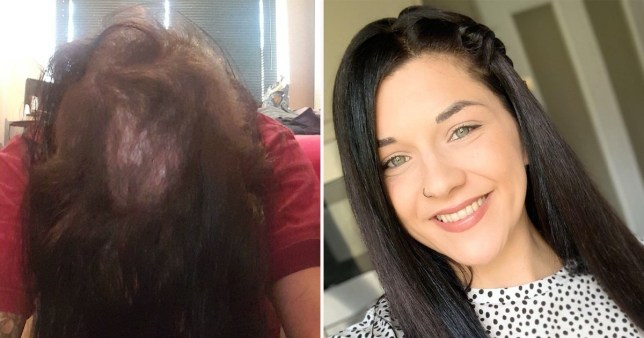 Keyleigh is sharing her battle with hair loss and hair pulling on social media (Picture: MDWfeatures/@onehairatatime)

After overcoming alopecia in her teens, a young woman then developed a compulsive hair-pulling disorder, but Instagram has become a safe place for her to share pictures of her bald patch without judgement.

Embarrassed, Keyleigh tried to ignore and hide her problem, but it got too much and she eventually went to her doctor who diagnosed her with stress-related alopecia.

Keyleigh was victim to assaults and physical and mental abuse when she was growing up, and knowing her background, the doctor prescribed her the anti-depressant citalopram to address her mental health with the hope that in turn, her alopecia would subside.

‘Dealing with it was so difficult, I was essentially a child who clearly had some problems but that wasn’t ever thought of,’ says Keyleigh. ‘I lost around 50% of my hair.

‘I began to wear wigs – synthetic mostly as I wasn’t in a financial position to be able to afford human hair – and from this, I really did just get on with my life, hoping my hair would grow back and it did, there was a couple of girls along the way who were really cruel about my wigs. 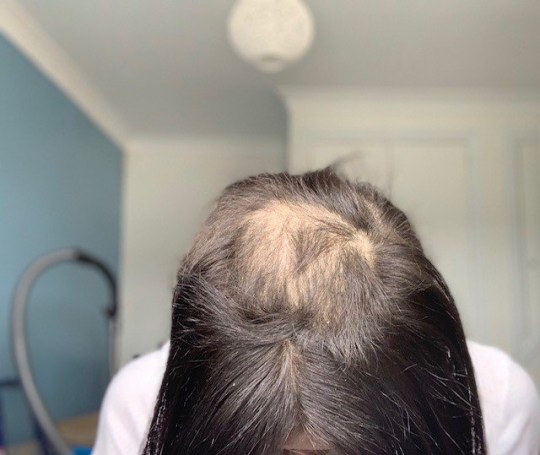 Keyleigh was devastated to discover she had developed trich (Picture: MDWfeatures/@onehairatatime)

‘Once, I was out with friends and wearing a synthetic wig. The girl came up behind me and pulled the wig and said, “Well that’s fake.” I honestly didn’t say anything I was completely shocked. I burst into tears.’

But, by the age of 17, the hair that Keyleigh had lost through alopecia had grown back which she was ecstatic about.

Keyleigh was devastated that she had been pulling out the hair that had grown back from her alopecia, but after doing her own research, she discovered a condition called trichotillomania – also known as trich – a hair pulling disorder where someone can’t resist the urge to pull out their hair.

‘When after I’d recovered from alopecia and I realised I had trich, I felt numb because I couldn’t understand why I was doing this. I tried so hard to get the regrowth I had gotten,’ says Keyleigh.

‘Trich is a wolf in sheep’s clothing. By this I mean it’s so comforting to do – it releases feel good endorphins but actually it’s not good at all because the way it makes you feel after isn’t good.’

Keyleigh went to the doctor and they agreed that she was suffering from body-focused repetitive disorder (BFRD) and trichotillomania.

For a long time, Keyleigh felt ashamed as she didn’t understand why she pulled out her hair but after connecting with other trich warriors online, she discovered that she wasn’t alone. 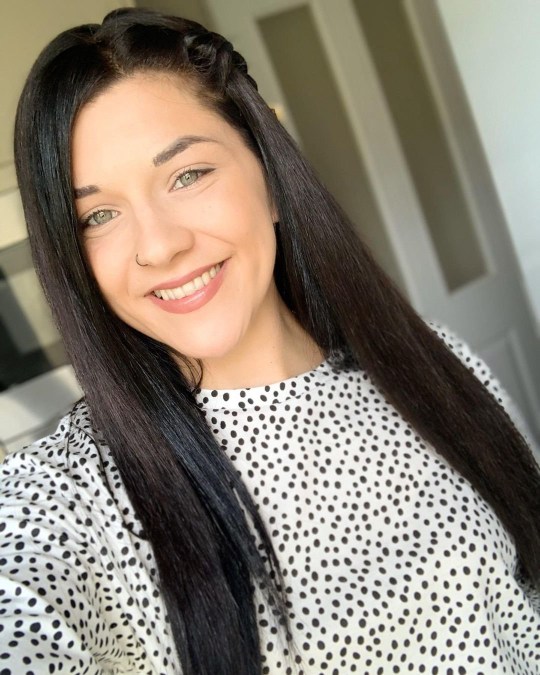 Keyleigh uses her trich as a comfort blanket against things she is fearful of. She has PTSD, depression, anxiety, and personality disorders so pulling her hair helps her to cope.

Living with trichotillomania is very tiring for Keyleigh as most of the time, she doesn’t realise she is pulling her hair out and she often falls into a daze when she is picking – causing her scalp to become so sore it bleeds.

Keyleigh shares her trichotillomania journey on her Instagram under the handle, @onehairatatime_, in a bid to show others they are not alone. Instagram is Keyleigh’s safe space where she shares pictures of her patches and wigs and provides advice to raise awareness of hair loss and mental health.

‘Trich affects my confidence massively. I struggle with my Instagram posts and only do it on “good days.” My posts are very few and far between and I won’t push myself to post if I’m not ready,’ she says.

‘It’s very tiring. It’s a constant battle with mind and body. I don’t even realise I’m doing it half of the time so it’s really difficult to stay focused 100 per cent of the time.

‘My therapist believes that my PTSD aids this as when I’m subject to anything that reminds me of previous trauma I will go into a daze of picking. My scalp bleeds and becomes so sore I can’t touch it.

‘I’m an incredibly strong person and it’s taken me a long time to realise that. Before the alopecia and the trich, I didn’t have the easiest life. It was very difficult. I guess the strength I got from my childhood massively helped in the fight against trich.’

Keyleigh hopes that by sharing her story she will be able to help other people and also raise awareness for mental health conditions.

‘I still to this day do so much research into trich and when I was looking one day, Instagram pages started popping up and I was so happy because I never had that when I was diagnosed,’ she says.

‘I was alone. I decided I didn’t want that for anyone, especially those that have trauma related trich because it’s so much more than the BFRB side, it’s a whole other world. Mental health plays so many factors in the world and not all of them are easily noticed

‘If there is anyone suffering silently, you’re not alone. Trust me – there’s a whole community of people out there. I’ve found more solace in speaking with these people than I have so far from mental health professionals.

‘I have people message me when their family don’t know or understand – just chatting with someone who understands makes all the difference. My DMs are always open for those in need. Hair loss doesn’t define you.’