Alana said she needed to turn her life around (Picture: PA Real Life)

Three years ago, Alana Panton discovered she had an extremely low egg count, meaning it was ‘nearly impossible’ to conceive naturally.

Understandably, she was devastated.

However, the fun-loving woman from Shepherd’s Bush, West London, is now the mum of a beautiful toddler at 39 – and says it’s all because she went vegan.

Following the end of her marriage in 2017, Alana felt she had hit rock bottom. Her fertility news was another blow but it was also the trigger she needed to ‘turn her life around.’

In the aftermath, Alana became determined to give her body a complete detox in the hope it would help her have a baby.

‘After my marriage broke down, I thought I would never become a mum and that made me very depressed,’ Alana says.

‘It’s all I’ve ever wanted, so when the fertility test came back with such a bleak outlook, I was determined to turn things around.

‘I’m convinced that purifying my body and mindset by ridding myself of anything toxic is the only reason I was able to have my son, Theo, who is now two. 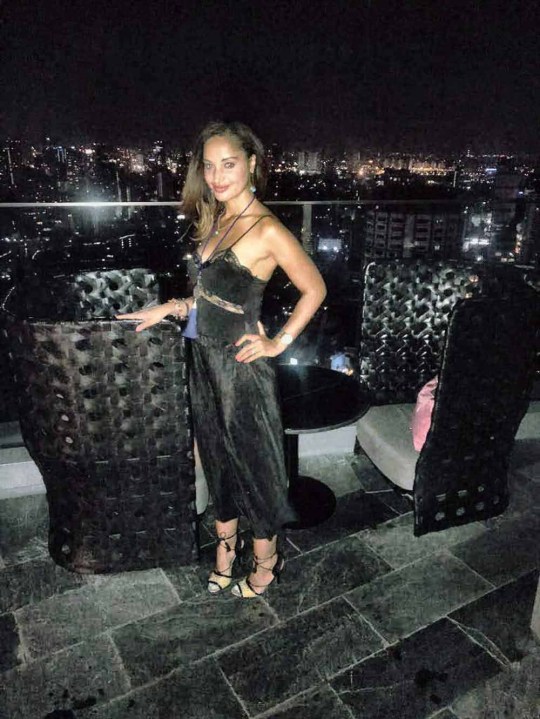 Alana is convinced that the detox and vegan diet helped her conceive (Picture: PA Real Life)

Alana first discussed starting a family with her now ex-husband in 2011.

‘I met my husband when I was 26 and we were very happy for the first few years,’ she adds.

Sadly, his job took him away a lot and, when she was 29, the marriage ended.

‘We were just about to start trying for a baby and it totally destroyed me. I was so depressed that I couldn’t sleep,’ she says.

‘I ended up losing my job in PR and was even in hospital a few times because of my mental health. It was a tough time.

‘For a while, I became a recluse.’

At this time, Alana was self-medicating with prescribed drugs and battling depression. 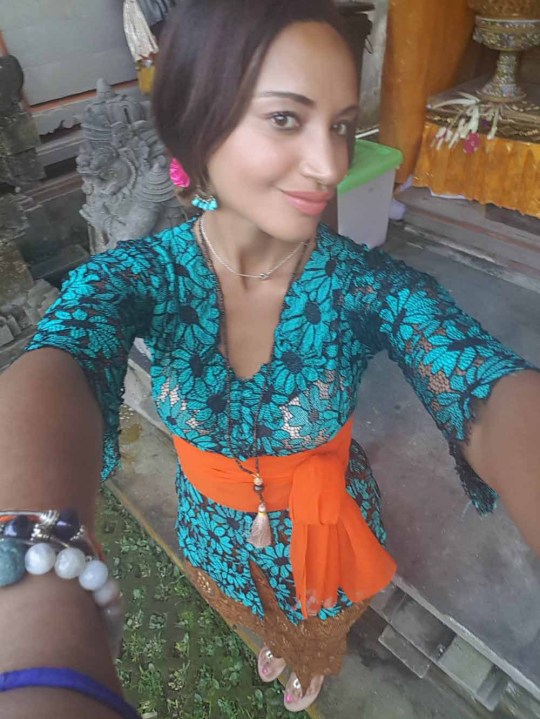 Then in September 2017, Alana survived making an attempt on her own life. Afterwards, she spent a month in a detox centre called ‘The Life Co’ in Turkey.

Alana says: ‘I hadn’t realised I was abusing my body until then, but everything I was doing – takeaways, prescribed medication and alcohol – were all torturing my body.

‘Afterwards, I felt like an entirely new person and I didn’t want to return to London, so I travelled to Bali instead.’ 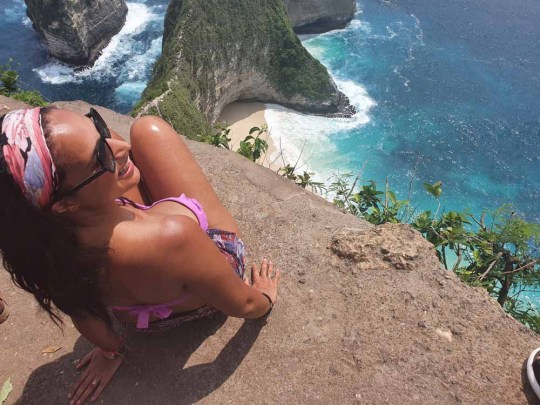 During her travels in 2018, Alana decided to take a fertility test – but was disheartened by the results.

She says: ‘Doctors had warned me in the past that I might suffer health issues in the future due to my attempt on my life, but when the test came back with such negative results, I was heartbroken, even though it shouldn’t have been a surprise.

‘I had a very low egg count and the chances of me conceiving were slim to none. So, I decided to take my future into my own hands and use holistic methods to try and improve my fertility.

‘I needed to rid my body of anything toxic, so I went completely vegan.’

Alana, who was on a juicing programme and teetotal by then, claims she noticed physical changes to her body within a month. 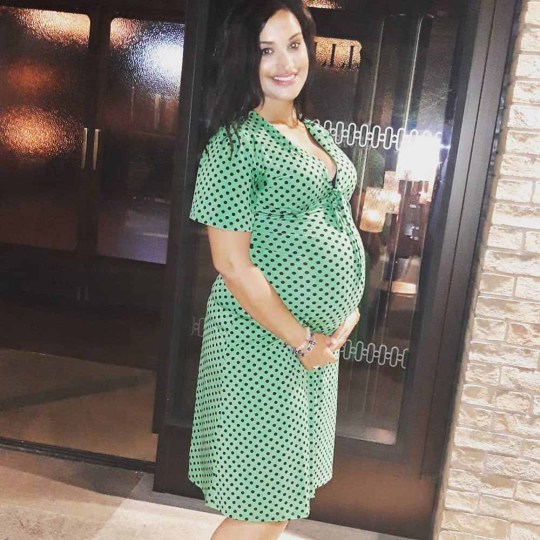 She adds: ‘My hair and nails were shinier, even my eyes looked brighter. I literally turned into a new person.

‘I returned to Bali and visited local healers and they conducted rituals in a bid to improve my fertility.

‘I hoped that someday it might be possible for me to have a baby.’

While visiting London for the summer in 2018, Alana met someone new out of the blue. The pair hit it off and their relationship turned into a summer romance – with an unexpected twist.

Alana says: ‘We went on a few holidays together and it was on a trip in Barcelona, Spain, about six weeks into the relationship that I realised my period was late.

‘I took a test and gasped when I saw the positive result.

‘It was a shock to say the least. But I knew I wanted to go ahead with the pregnancy and it’s the best decision I’ve ever made.’

She now swears the surprise pregnancy was down to the detox and her lifestyle switch. 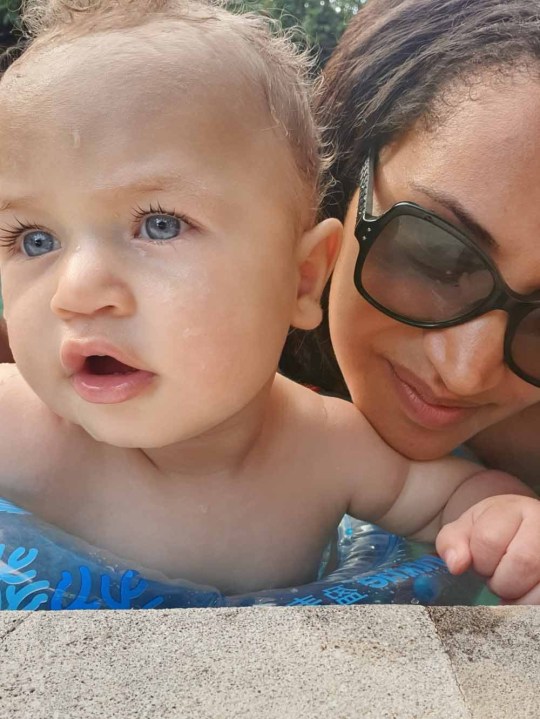 She says that becoming mum to baby Theo has changed her life (Picture: PA Real Life)

Now single, Alana says she is the happiest she has ever been with Theo in her life.

She adds: ‘Being a single mum can be financially challenging at times, but I wouldn’t trade it for the world.

‘I love him so much. I couldn’t imagine life without him. I haven’t been depressed at all since having him.

‘My whole detox was for my mental health and now, two years later, I’m a happy mother. I never thought I would actually live to see that.’ 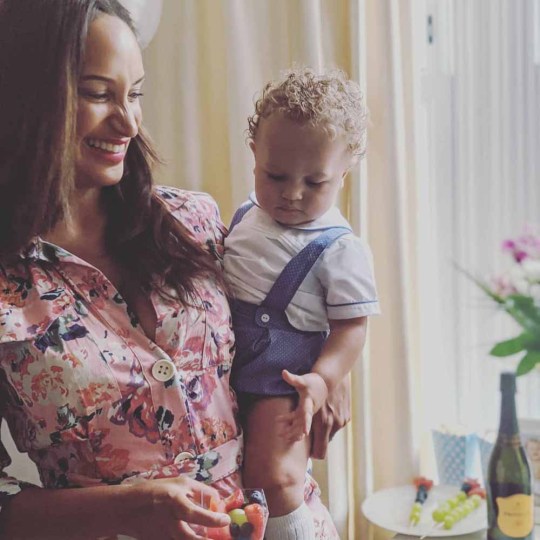 Alana is now happier than ever (Picture: PA Real Life)

Alana is now in the early stages of setting up her own business, too, offering online detox retreats to people who cannot afford to go abroad.

She says: ‘I coach people through a detox, whether they are depressed, or overweight, or have any issues, I help them.

‘It’s a great alternative if they can’t afford to go to a detox centre, because I give them all the coaching and the skills they need to do it from home.

‘I am convinced that purifying my body both mentally and physically was the reason I was able to conceive. Going vegan helped me feel healthier and it’s completely changed my life.’

Dr Malini Uppal, a medical director for London’s GENNET City Fertility clinic, says while elements of a vegan diet can give fertility a boost, it does not automatically mean the choices are healthier.

She says: ‘Going vegan is a personal choice and this lifestyle change comes with many benefits.

‘However, when thinking about fertility, there is a huge amount of scientific research to suggest that a plant-rich Mediterranean diet (as opposed to a plant-based only diet) is a fantastic aid for those trying to conceive and can help assist with improving success rates.

‘By eating a broad range of vegetables, good fats, fish, fruit, legumes, slow releasing carbohydrates and a little meat, this diet is a brilliantly nutritious way to lay your foundations for gut health, protection against free radical damage, balancing out bloody sugar and curbing inflammation – all key issues when faced with the challenges of trying for a baby.

‘We should also remember that although diet and nutrition play an important role, infertility is a more complex issue which includes age and many other factors like endometriosis, polycystic ovaries and comorbidity.’

Send us an email at [email protected]