5 Reasons Why Rachel Lindsay Is Us Weekly’s Woman Crush

Breaking barriers! Rachel Lindsay has been making moves since way before she appeared on The Bachelor and then became the Bachelorette — making her an easy pick for Us Weekly’s woman crush.

Lindsay, however, exclusively told Us that “my mom and my grandmother [are] definitely my women crushes.”  She also added in a celebrity pick with former first lady Michelle Obama.

The Dallas native, 35, was an attorney ahead of her reality TV debut in 2017. She then became the first Black franchise lead as the star of season 13 of The Bachelorette, where she found love with Bryan Abasolo. The two married in Mexico in August 2019. 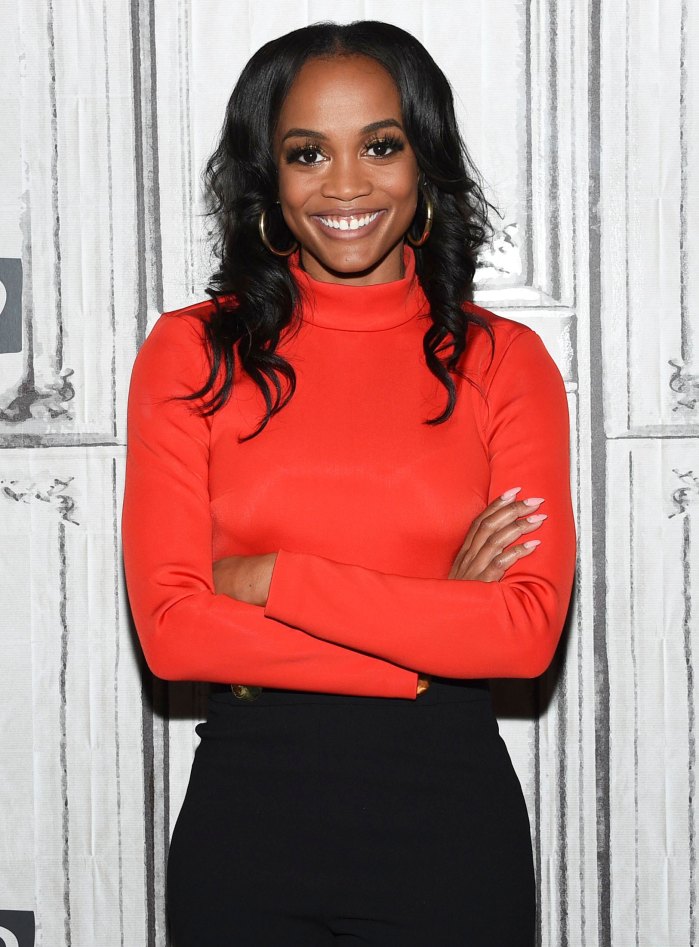 The “Bachelor Happy Hour” podcast cohost has continued to inspire by using her voice to better the ABC franchise and her community. Lindsay, who is known for speaking her mind, has called out Bachelor producers on more than one occasion in order to get more representation on screen.

She is also doing things her way, living in California while she furthers her entertainment career while her husband, 40, is in Florida.

“I love to work. I’m addicted to working, clearly, and rather than holding that against me, Brian loves it and he’s super supportive of it,” Lindsay told Us in August 2020. “He always tells people the main thing that he’s attracted to … is my ambition. So we have an understanding, we talk it out. It’s not always easy, but he’s supportive of what I’m doing and I’m supportive of what he’s doing.”

Scroll down for five reasons why Lindsay is Us’ woman crush!

1.  She’s Had a Great Support System Since Day 1

The Texas native revealed that she “absolutely” got her confidence from her parents, Sam and Kathy Lindsay. “[They] both came from humble beginnings and made something from themselves,” she told Us earlier this month. “My dad is a first in his own right — first federal judge in the United States, Northern district. My mom broke barriers as a programmer for Arco years ago. [They’re] first-generation college students. My parents give me my confidence and my wits.”

2. She’s Passionate About Giving Back

Rachel pointed to both Black Lives Matter and the College Football Playoff Foundation as causes near and dear to her. “Black Lives Matter, hands down, I’m passionate about. I mean, they were nominated for a Nobel Peace Prize, which is so amazing,” she said. “And they’ve been an organization that has been around since 2013, so I’m a hundred percent involved in that.” The former Bachelorette added that she is an ambassador for the College Football Playoff Foundation, explaining it is an organization for “teachers and the teaching profession and honoring them.”

3. Her Marriage Is Couple Goals

The former attorney, who met her husband on The Bachelorette in 2017, told Us that she started “falling in love with him” while on their second date in Geneva. “The things he said to me on that date were what I needed without him even knowing that I needed that. And then, you know, it just grew after that.” She explained that she knew she’d found The One after he proposed, adding, “Just little things that I was learning about him when the cameras weren’t around [sealed it]. That’s when I was like, ‘Oh, you made the right decision for sure.’”

The Ghosted: Love Gone Missing cohost told Us that female friendships have always been so important to her, pointing to how women coming together has historically made changes in the U.S. “Women haven’t always been supported and uplifted in our country and it was women that had to come together with allies to fight for their right and their place in this country, in all aspects of life,” she said. “And so that’s how we were able to get things done. Not because we were tearing each other down or comparing ourselves to one another, [but] because we came together and we were stronger in numbers and we were unified. Women can do anything.”

Lindsay told Us that she attributes many of her career successes to having a “fear of failure and a fear of loss of control.” She added that her “happiness, doing something that I love” and the “joy that work brings me, keeps me motivated.”