It’s over. 90 Day Fiancé: Before the 90 Days star Usman “SojaBoy” Umar took a big step toward putting his broken marriage to estranged wife Lisa Hamme behind him.

“Lisa and I are no longer together, she was served [papers] last week and she [doesn’t want to] accept it,” the Nigerian rapper, 30, told In Touch on Monday, December 21. “My lawyer called her so that she can explain why or complain [about] the divorce, but she yelled at him and cut the call. After that, she call on Zoom to lie to people as usually as she does.”

SojaBoy claimed that he is “free” now, adding, “If you look at me very well, you will see that I’m happy and getting better without drama and about the money she took from me KIV [Keep In View].” 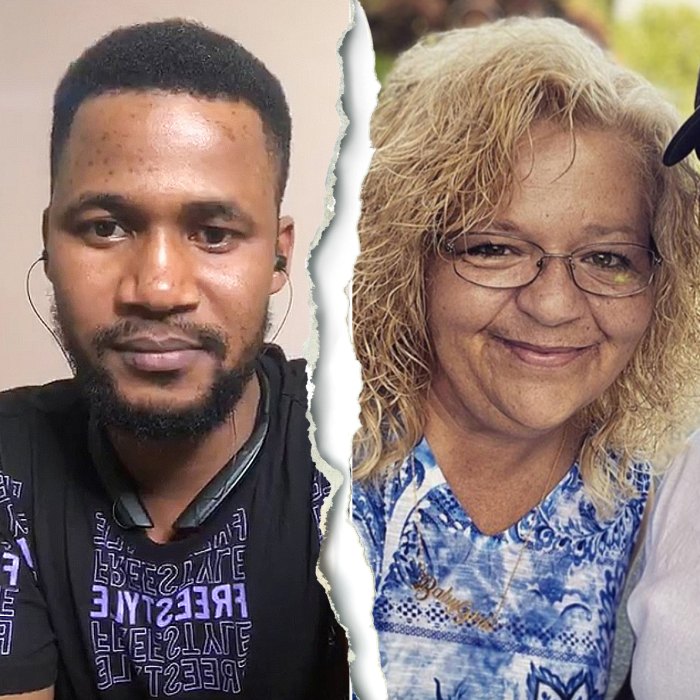 The estranged TLC pair’s love story played out on season 4 of 90 Day Fiancé: Before the 90 Days. The duo, who met online, had not met face-to-face prior to filming the reality series, but he proposed to the 53-year-old over video chat after nine months.

Right before their wedding aired on the show, Lisa announced their split in May. She claimed that SojaBoy took advantage of her.

“He used me. He married me just to be on a TV show that people would recognize his name to sell his music,” she said via Instagram Live at the time. “I tried to work with him, his brothers tried to work with him. He thinks it’s just him, he thinks he’s going to do what he wants and he’s never going to apologize for anything he’s ever said bad about me.”

The Pennsylvania native added, “He’s posing as what you call a romance scam, which is very illegal in Nigeria. It puts that stigma back onto Nigeria again and that’s what I didn’t want to do.”

The following month, SojaBoy responded to Lisa’s allegations during an Instagram Live interview with radio host Domenick Nati. “I love my career and I love my home — those are the two things I love in my life,” he shared. “I pity Lisa and I’m still with Lisa because she loves me more than anything … If Lisa says, ‘Usman, I don’t want to stay with you any longer, just go ahead,’ I’m OK. I have nothing to worry about.”

The rapper didn’t deny Lisa’s claim that he joined the show to boost his career, noting that “there’s nothing wrong with that.” He then alleged that their dynamic wasn’t “‘love for love,’ it was ‘in love for pity.’”

As he shared his aspirations for coming to America, he explained that it wouldn’t be to further build his relationship with Lisa. “I really want to come to America to meet with great musicians,” he said. “[There are] a lot of great musicians who have sent an invitation to me.”