The trio were photographed wearing face masks amid the coronavirus pandemic as they approached each other outside the restaurant on Wednesday. The men embraced one another and shared a group hug before being seated on the patio. 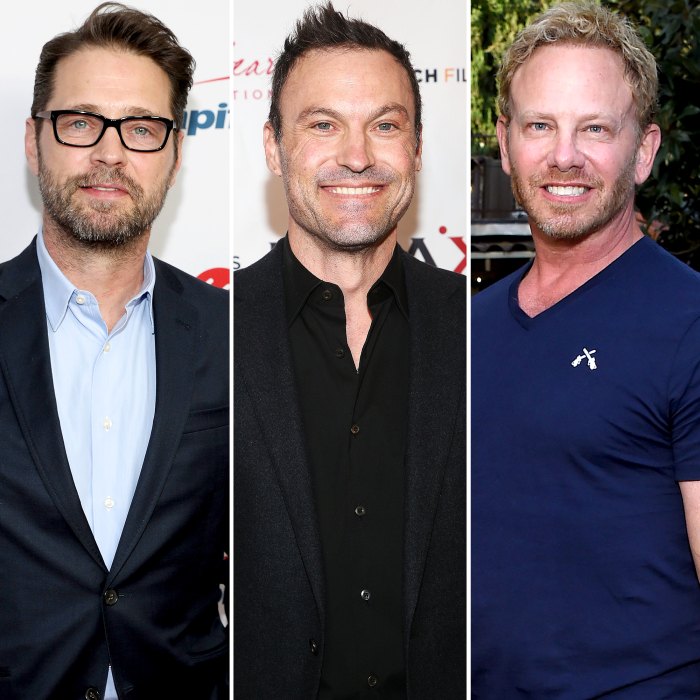 The actors, who played Brandon Walsh, David Silver and Steve Sanders, respectively, on the teen drama, were seen laughing and talking while sitting together in photos published by E! News on Thursday, February 18.

Ahead of their mini reunion, Priestley, 51, showed support for Green, 47, teasing the finale of The Masked Dancer on Wednesday night, on which Green was a judge. “Catch my buddy @brianaustingreen on the finale of crazy show tonight on @foxtv #themaskeddancer #themaskeddancerfox,” he wrote via Instagram.

The former costars, who played West Beverly schoolmates for 10 seasons from 1990 to 2000 before reuniting in 2019 for BH90210, have remained close through the years.

Their female counterparts have also kept in contact, with Tori Spelling and Jennie Garth, who played Donna Martin and Kelly Taylor, launching the “9021OMG” podcast in November 2020 to talk all-things 90210. 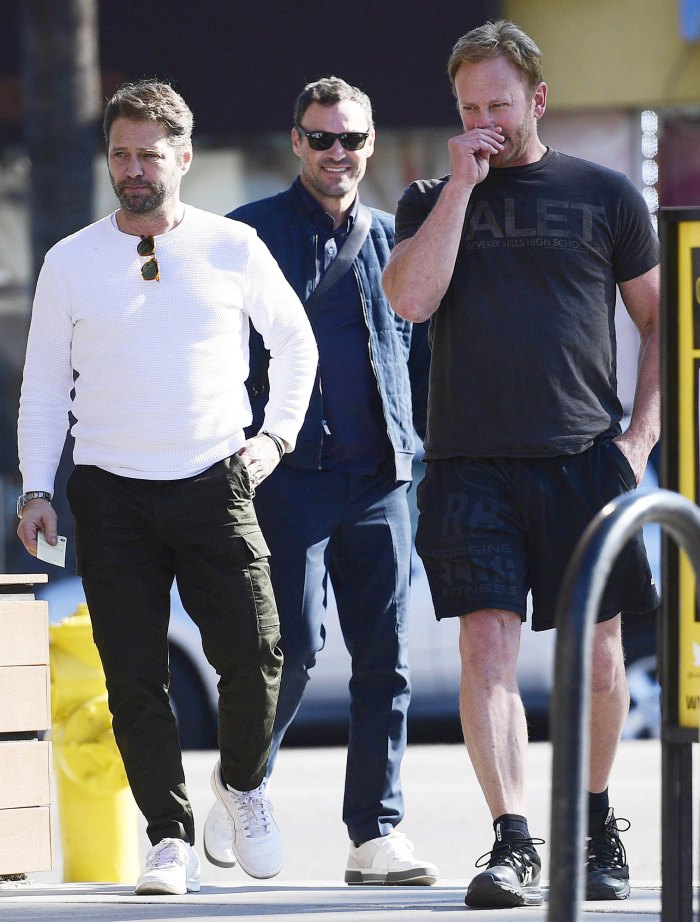 In the podcast’s debut episode, the BFFs revealed some of their cast nicknames with Spelling, 47, saying that Perry called her “camel” while filming. “He was like, ‘It’s because camels have the longest, most beautiful eyes and eyelashes and that’s you.’ So, I love that name to this day,” she said.

The Troop Beverly Hills actress admitted that she was not a fan of the nicknames that Green, who played her onscreen boyfriend, gave her back then.

“He said I had so much fur [on the sides of my face]. … This is stuff that you never get over,” Spelling said, revealing he called her “lamb chops” and “Chewbacca” for years. “[During BH90210], I made a point of telling him. He was like, ‘Oh, yeah. … That was cute.’ And I was like, ‘It scared me so bad probably because I liked ya.’”

The longtime friends also dished on meeting some of their castmates for the first time. Garth, 48, said she thought Priestley “was so handsome, so mysterious and so moody looking.” She gushed about her onscreen love, adding, “I’d never really seen anybody like that. He’s a cutie.”