Still in shock. Alice Evans is opening up about her “excruciating” split from her husband of 13 years, Ioan Gruffudd, and admitted that she hasn’t fully come to terms with the news.

“Nothing to say excerpt THANK YOU for all the loving and encouraging messages,” Evans, 49, wrote in a note to her Instagram followers on Thursday, February 4. “I never thought this would happen to us. I am still fighting against it, because I love our kids, and I still love him, but something has happened inside his head and whatever it is, I don’t see him coming back to us.”

The Blackball actress continued: “The pain is excruciating but I am stronger than an ox, and though I weep all day when my kids aren’t looking, at night I add up figures and plan futures for us and you know what? I will do those two angels right if it’s all I ever do.! ❤️?.” 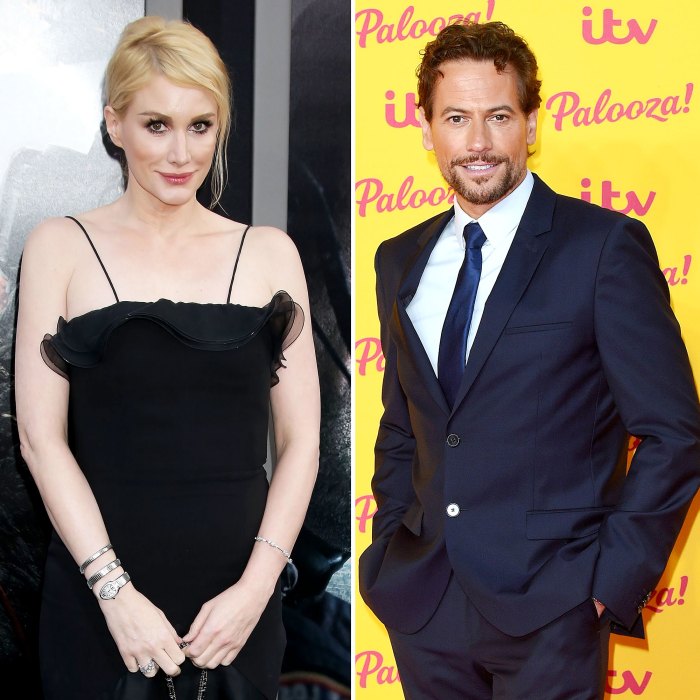 Gruffudd, 47, and Evans wed in September 2007 after meeting on the set of 102 Dalmatians eight years prior. They share daughters Ella, 11, and Elsie, 7. Last month, the Christmas Card star revealed via Twitter that Gruffudd told her he wants them to go their separate ways.

“Sad news. My beloved husband/soulmate of 20 years, Ioan Gruffudd, has announced he is to leave his family, starting next week,” Evans wrote on January 26 in a post that has since been deleted. “Me and our young daughters girls [sic] are very confused and sad. We haven’t been given a reason except that he ‘no longer loves me’. I’m so sorry.”

In another since-deleted tweet, she claimed that the Titanic star was responsible for taking down her initial post. “When I am being gaslit and mentally tortured then hell yes I will wash my linen in public,” she wrote.

The pair later addressed their separation in a joint statement to Us Weekly, noting, “As you can imagine, this is an incredibly difficult time for our family and we remain committed to our children. Thank you for respecting our privacy.”

As news of their split made headlines, Evans replied to fans on Twitter, claiming that she had suffered “six months of harassment” in another deleted post. “I cannot live anymore like this,” she added.

When one social media user said that the end of her marriage seemed “like a weird thing to be posting” about, Evans shot back, “Why? I have lost my mind.”

The Fantastic Four actor previously opened up about how the duo’s busy careers put stress on their marriage, telling The Guardian in February 2020 that he and his wife had “struggled the past four years” to make time for one another. He also admitted that it was often Evans who took on most of the responsibility when it came to parenting.

“I think I did it for a week and thought I was really cool,” he said at the time. “Alice had come back, she had been away for a week. I was showing off – ‘the kids are in bed’ – and she was [like,] ‘Yeah, you’ve done one week Ioan, try six months.’”