Launching Wylde Moon on Monday, Holly, 40, said it will include beauty and fashion tips, as well as alternative therapies.

We look at how Holly is following in Gwyneth’s footsteps

She also talks about the power of crystals, meditation and sound baths – and refers to the moon as a “goddess”.

It sounds like Holly is turning into the UK version of Gwyneth, 48, who set up her own lifestyle brand Goop in 2008.

KATE JACKSON looks at how she is following in her footsteps.

GWYNETH advocates “clean beauty” and sells a huge range of Goop products, from a £17 lip balm to a £112 serum. She was also a brand ambassador for Boss perfume. 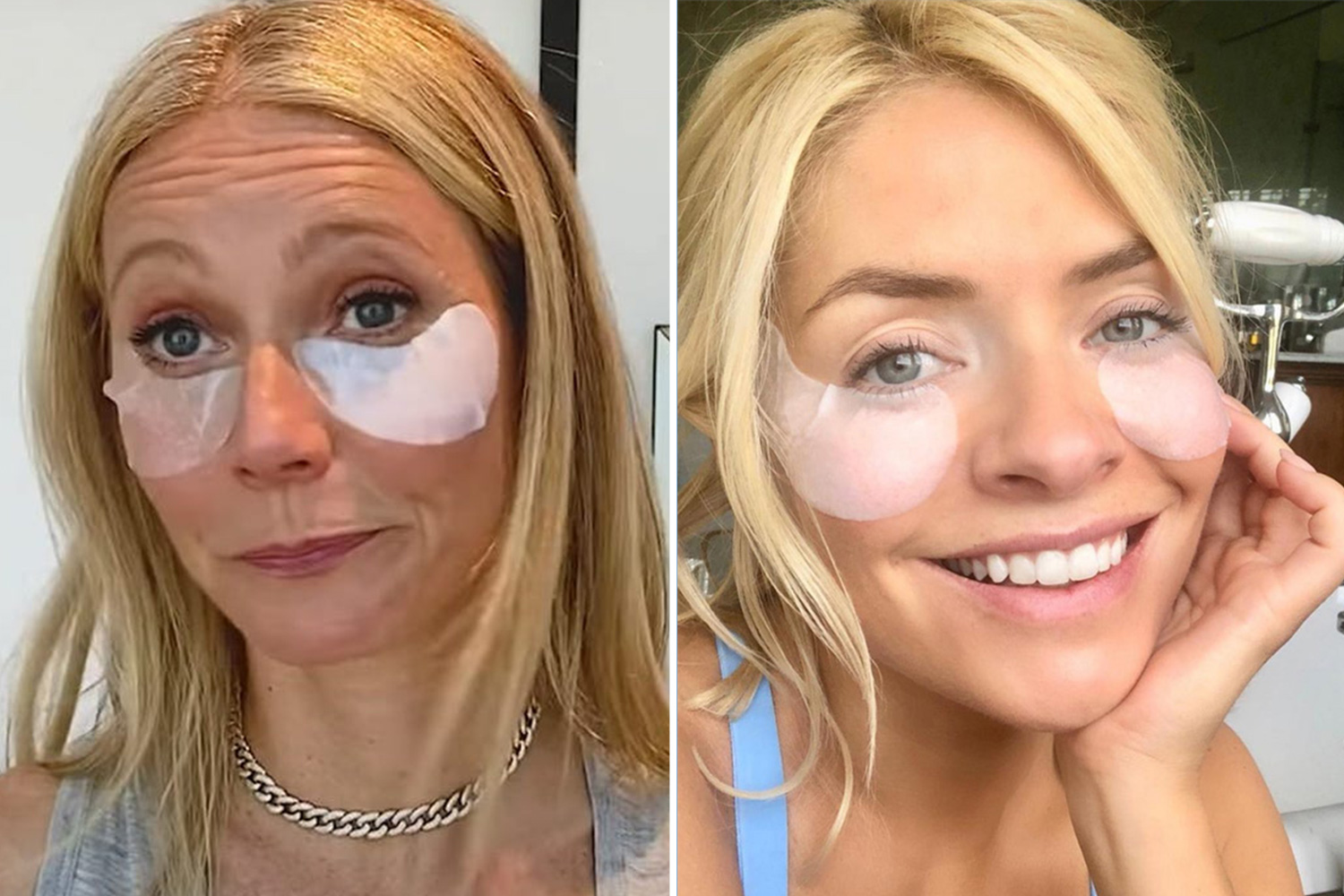 Both are partial to a spot of pampering – and aren’t afraid to show themselves make-up free and wearing under-eye masks.

KNOWN as The Iceman, Dutch extreme athlete Wim Hof, has his own method for improving mental health – and it involves exposing the body to freezing temperatures. 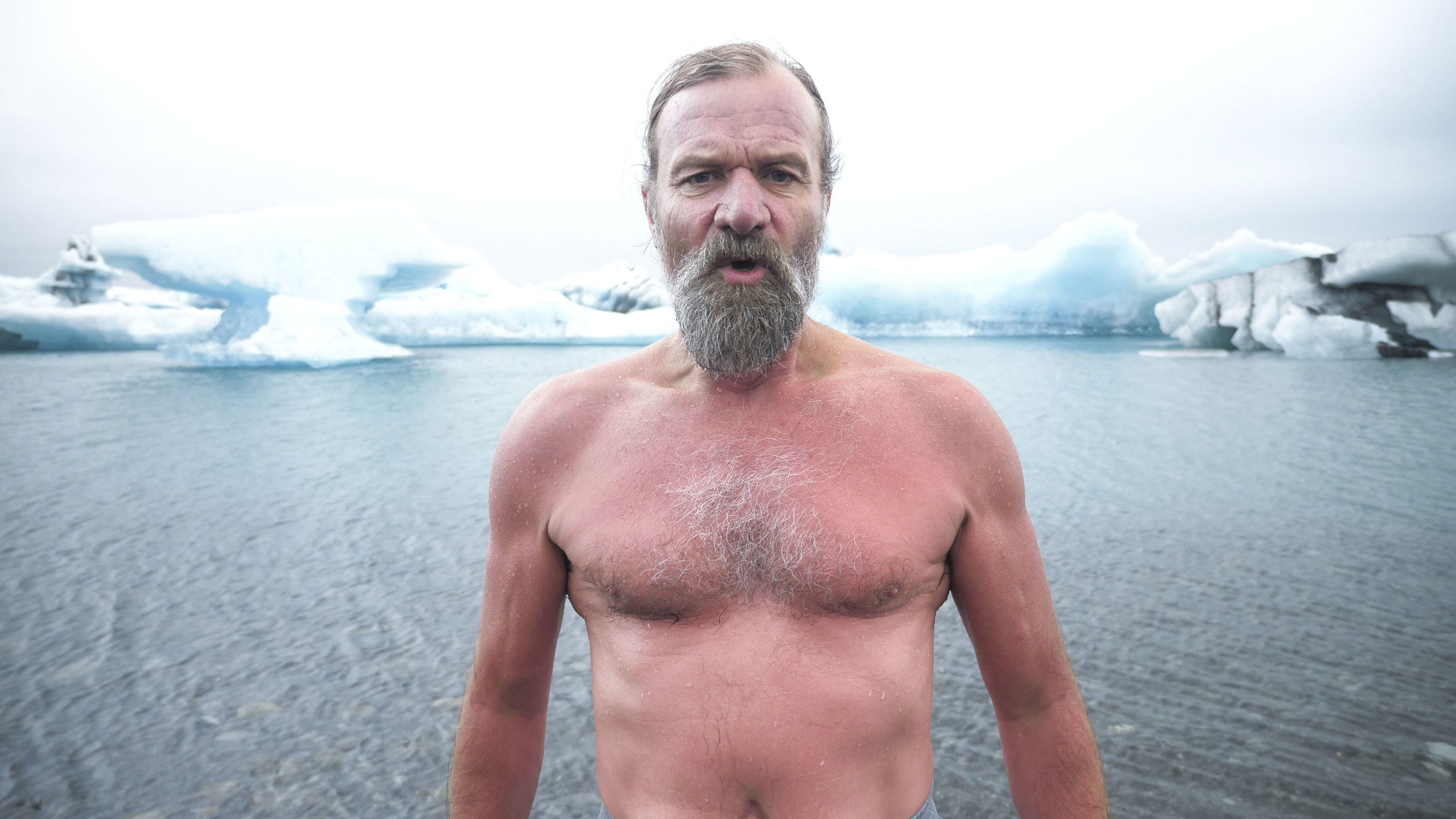 Both ladies have connections to Wim HofCredit: PA

Gwyneth featured him in her Netflix series The Goop Lab. And now he is bring his bonkers ideas to the BBC with Wim Hof’s Superstar Survival.

Airing next year, it will feature a group of soul-searching celebrities looking for self-improvement. And, you’ve guessed it, Holly is one of them.

AVENGERS star Gwyneth has reinvented herself from Hollywood actress to lifestyle guru – with the help of eye-catching photoshoots. 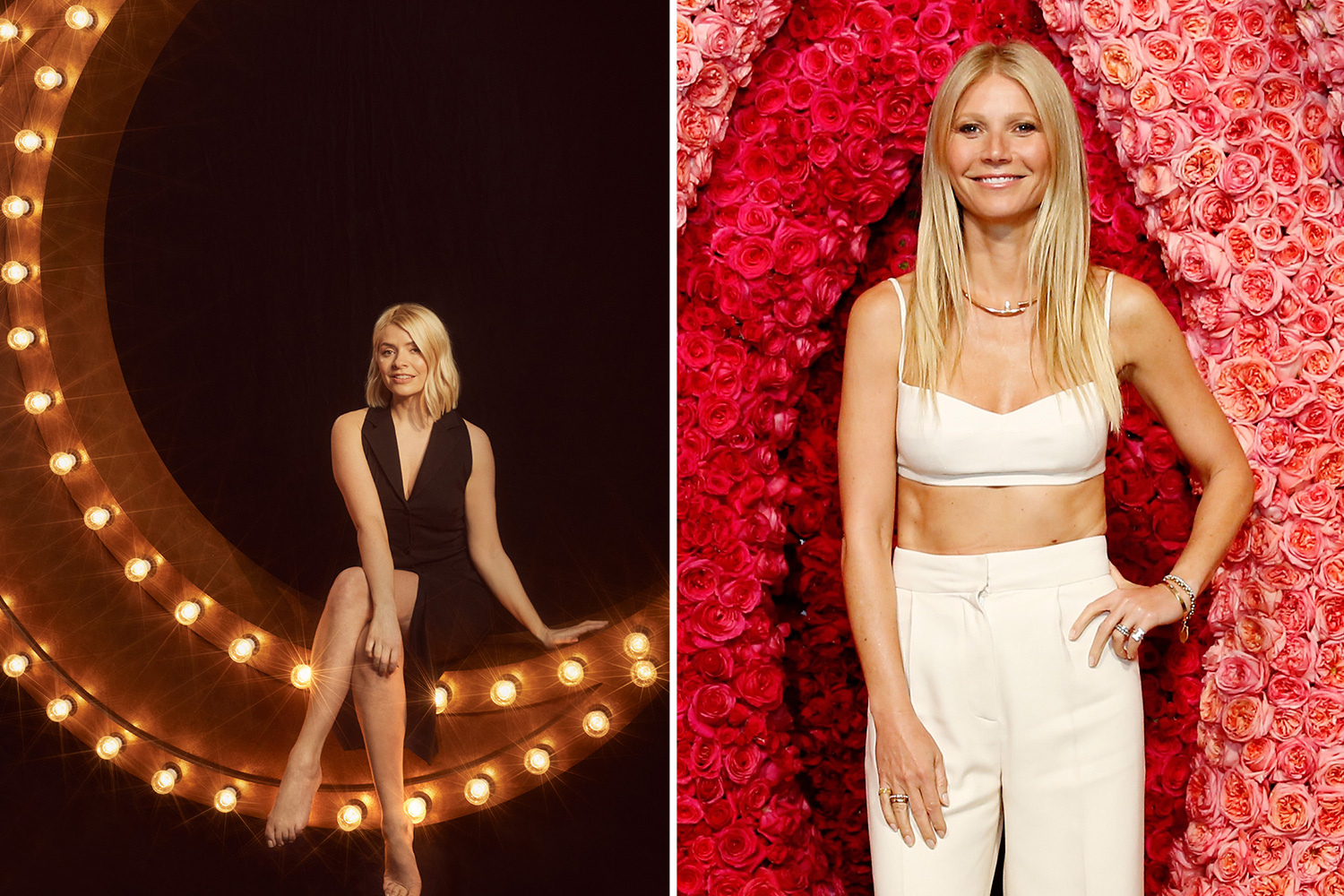 At the screening of her Netflix documentary series The Goop Lab, she proudly stood in front of a floral vagina meanwhile, Holly chose a rather more conservative shoot to launch Wylde Moon

When she introduced the first issue of her Goop magazine, she posed on the cover wearing just her pants and slathered in mud.

And at the screening of her Netflix documentary series The Goop Lab, she proudly stood in front of a floral vagina. Meanwhile, Holly chose a rather more conservative shoot to launch Wylde Moon, wearing a demure black dress while sitting on a golden crescent moon.

Both have also ventured into podcasts and self-help books. Holly’s book, Reflections, is about navigating through emotionally challenging situations including body image and burnout, while Gwyneth’s cookbook, It’s All Good, is about feeling and looking great.

HOLLY is a fan of alternative, therapies including crystals. And she told viewers earlier this year that placing a piece of green fluorite next to her son Chester’s bed helped end his nightmares. 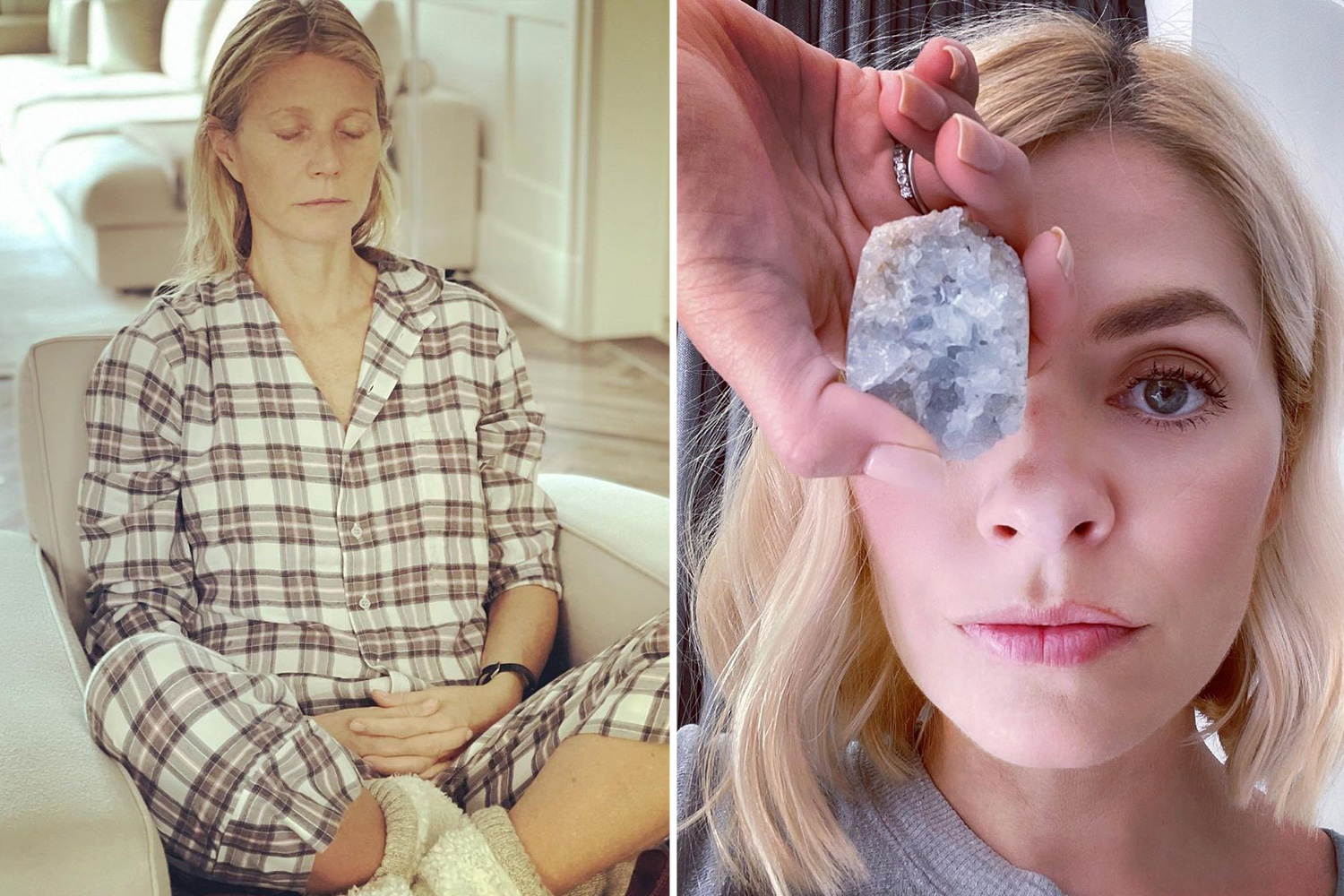 Both stars are into their crystals

She also likes to meditate before a show while holding a crystal ball.

Gwynnie does transcendental meditation every morning, and when she feels the need for a top-up in the afternoon, she follows a breathing app.

GWYNETH has her infamous candles that “smell like my vagina” and “intellectual” vibrators, so will Holly follow suit? 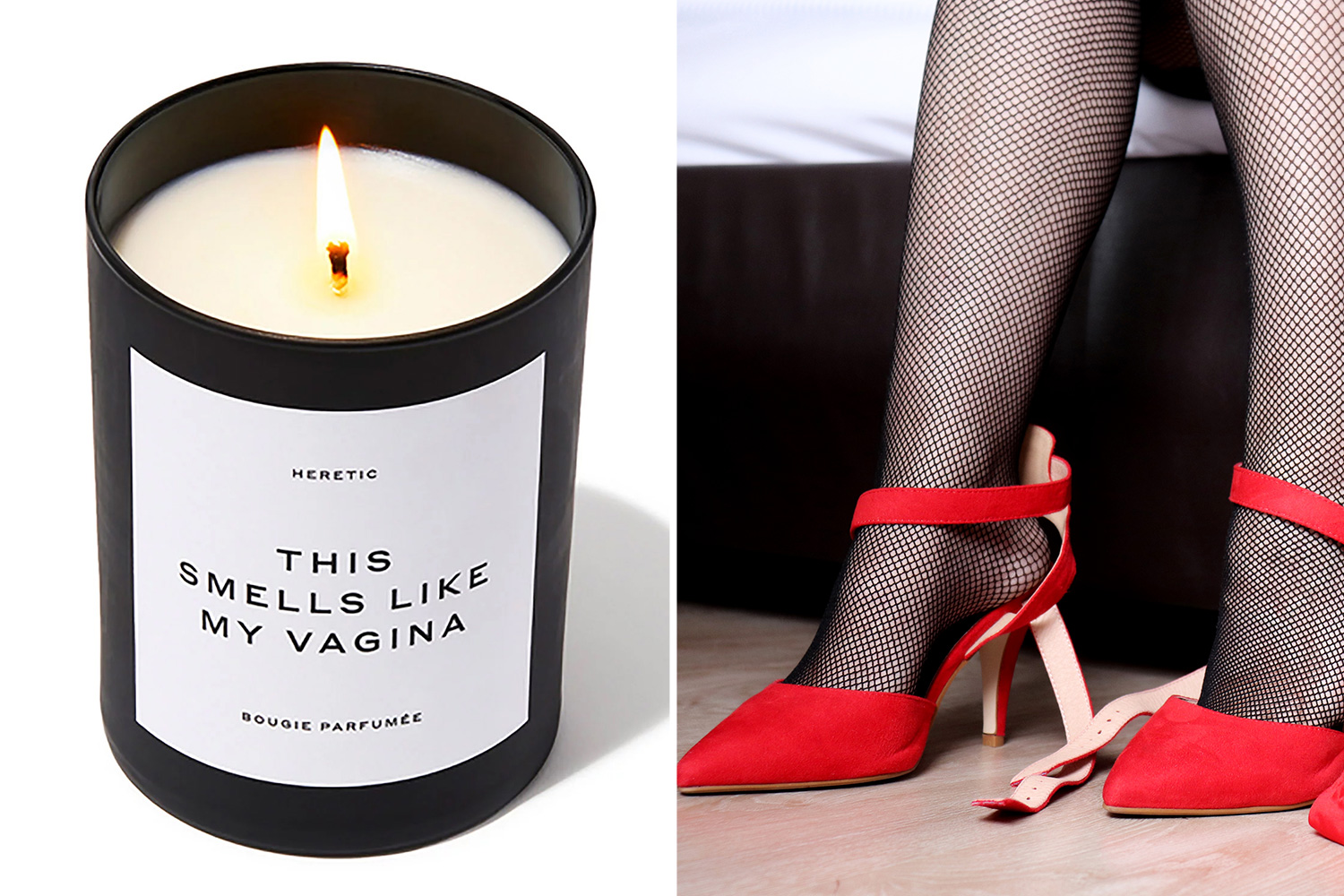 She might be the clean-cut girl next door, but she isn’t shy discussing sex and tackling subjects such as “vagina sunbathing” on This Morning.

She revealed she likes to break in new shoes in the bedroom and tried a vagina-tightening machine on TV show Christmas Shopping With Keith Lemon.

WITH an emphasis on sophistication and femininity, they both share a sense of fashion.

Gwyneth has her own clothing line, G Label, which is sold through Goop and includes casual and office wear. Her high ticket items can set you back nearly £700 for a matching skirt and top. 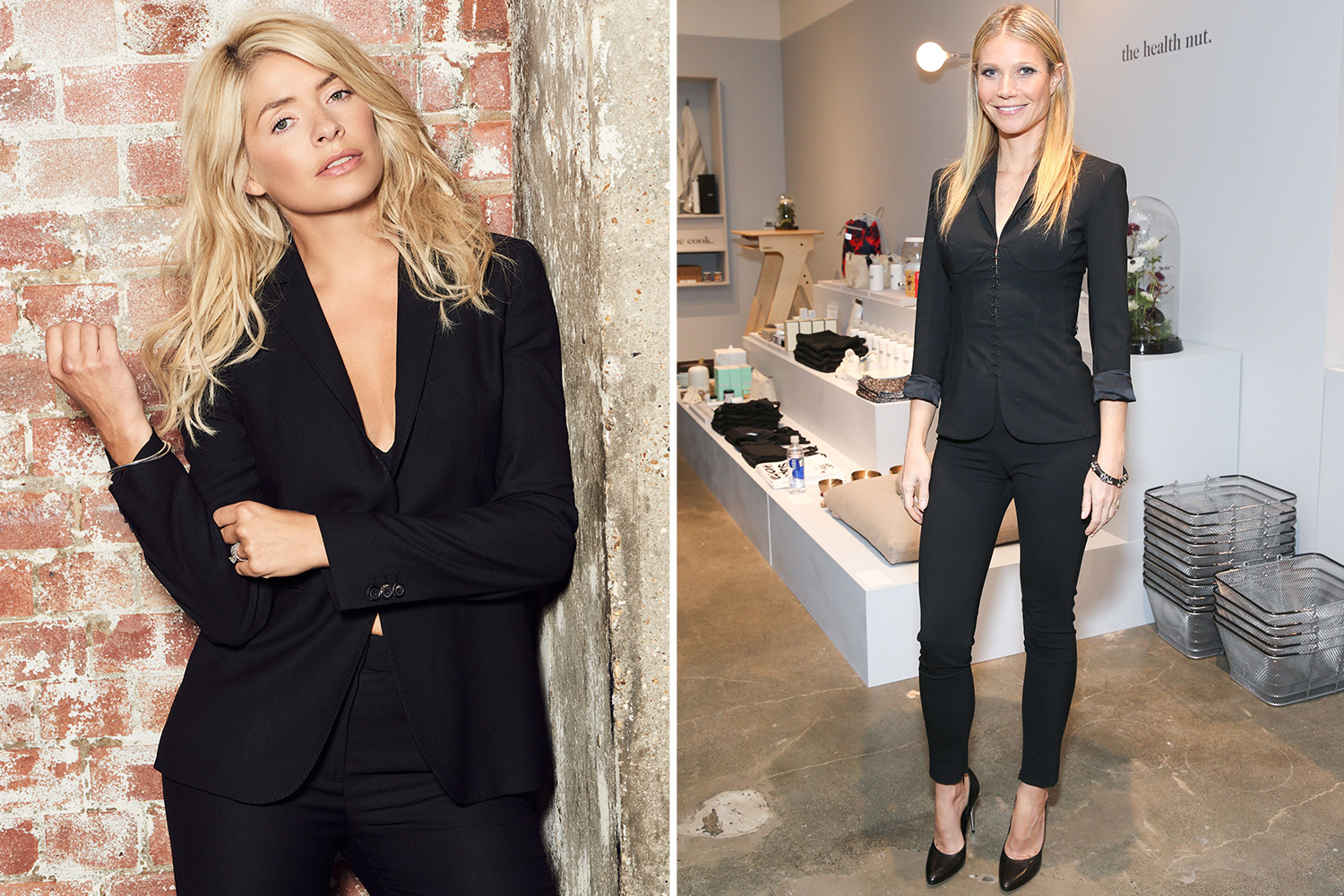 With an emphasis on sophistication and femininity, both Holly and Gwyneth share a sense of fashion

Meanwhile, Holly regularly details her This Morning outfits on Instagram, getting tens of thousands of likes each time.

She began working with Marks & Spencer in 2018 and many items in her first autumn/winter edit sold out on the first day. Within a month, the Holly effect saw the high street store’s social media engagement shoot up by 600 per cent.

WHILE they might spend their working lives in showbiz, these ladies are equally at home whipping up a tasty meal for their families. 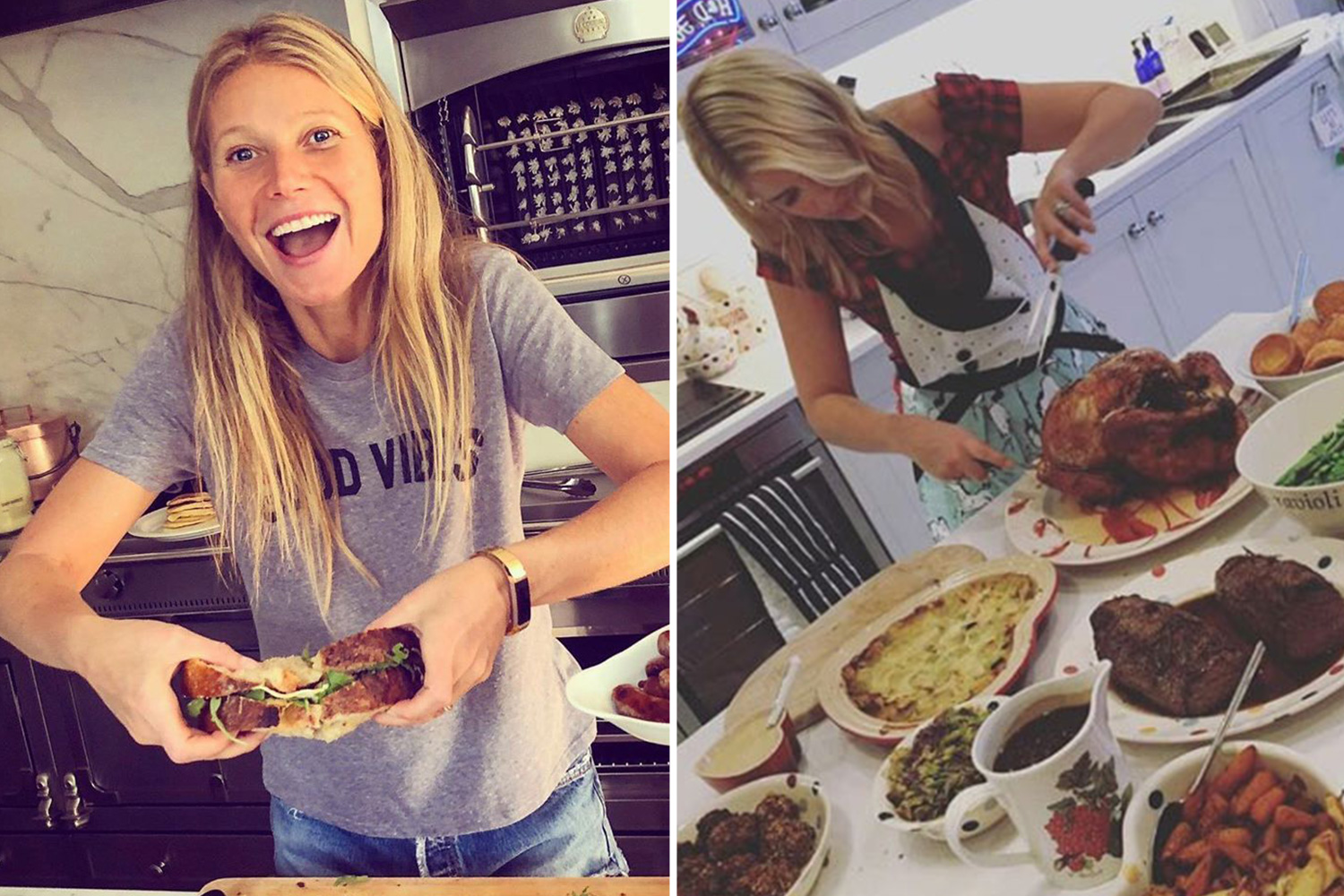 The ladies like to get their hands dirty in the kitchen

Gwyneth, who is married to Glee co-creator Brad Falchuk and has two children with ex Chris Martin, follows a macrobiotic diet – lots of wholegrains, fruits, veg and bean products.

Goop has a whole section of her favourite recipes, from deconstructed chicken salad rolls to a miso chicken bowl. On Instagram, she pictures her homely cooking, including snaps of her “boyfriend breakfasts”.

Holly, who has three kids with husband Dan Baldwin, is also a keen cook. And she’s a real homemaker, boasting a cushions and bedding line with the furnishing store Dunelm. Both their Instagram feeds also feature inspirational quotes.