Getting through it. Angelina Jolie opened up about getting her life back on track amid her divorce from Brad Pitt.

“The past few years have been pretty hard,” Jolie, 45, told British Vogue in its March 2021 cover story. “I’ve been focusing on healing our family. It’s slowly coming back, like the ice melting and the blood returning to my body.”

The Maleficent actress noted that it’s been a journey to get back to her happy place following her 2016 separation from Pitt, 57, and subsequent divorce. 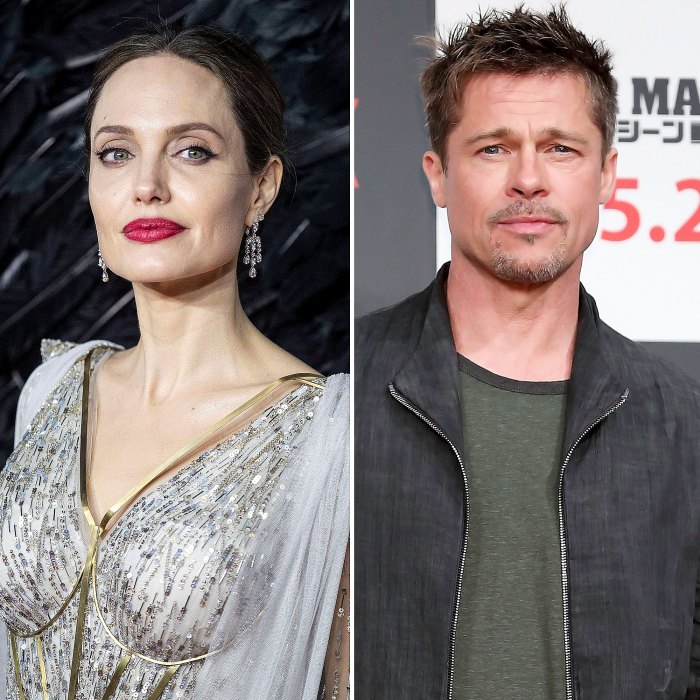 The Lara Croft: Tomb Raider star, who shares Maddox, 19, Pax, 17, Zahara, 16, Shiloh, 14, and 12-year-old twins, Knox and Vivienne, with the Once Upon a Time in Hollywood actor, revealed that she is more confident in herself now.

“I do like being older. I feel much more comfortable in my forties than I did when I was younger. Maybe because my mom didn’t live very long, so there’s something about age that feels like a victory instead of a sadness for me,” she said, noting she is looking forward to being in her 50s. “I feel that I’m gonna hit my stride in my fifties.”

Jolie and Pitt were declared legally single in April 2019 but the exes have yet to settle on a custody agreement for their children.

A source told Us Weekly in June 2019 that the pair were working toward an “amicable” coparenting relationship by utilizing OurFamilyWizard, which “allowed them to coordinate the kids’ schedules.”

A second source told Us in September 2020 that Pitt, who wed Jolie in 2014, wants “50/50 joint physical and legal custody of the kids” but the Girl, Interrupted actress “has not agreed to those terms.”

In December, a source told Us that the Ocean’s Eleven actor would be seeing his daughter Shiloh and twins Knox and Vivienne on Christmas Day, after having them “spend the night with him on Christmas Eve.”

The family initially planned to celebrate the holidays together, but the insider said that the pair’s “egos have once again derailed the original idea.”

The source added that both “Brad and Angelina are equally responsible for the never-ending drama.”