A heartfelt tribute. Anne Heche‘s ex-husband, Coleman “Coley” Laffoon, honored the late actress and promised to protect their son, Homer, after her death at age 53.

“In the wake of Anne’s passing, I just wanted to say a few things,” the real estate broker, 48, recently began in an Instagram video. “One, I loved her and I miss her, and I’m always going to. Two, Homer is OK. He’s grieving, of course, and it’s rough — it’s really rough, as probably anybody can imagine. But he’s surrounded by family and he’s strong and he’s gonna be OK.”

The Ohio native went on to thank everyone who checked in on him and Homer, 20, following the accident that led to Heche’s death. “It’s hard for me, it’s hard for my family, it’s really hard for Homer,” he continued. “But we got each other and we have a lot of support, and we’re gonna be OK.”

The Volcano actress was declared legally dead on Friday, August 12, one week after a car accident that left her with severe burns and head trauma. A rep for the actress initially said that Heche was in stable condition following the incident, but days later, the spokesperson confirmed to Us Weekly that the Men in Trees alum had fallen into a coma.

On Sunday, August 14, the Daytime Emmy winner was taken off life support after her organs were evaluated for donation. Her rep told Us that she would receive an Honor Walk in the hospital to mark her donation.

Laffoon, for his part, noted that he would “like to think [Anne is] free” now — “free from pain, and enjoying or experiencing whatever’s next in her journey.” 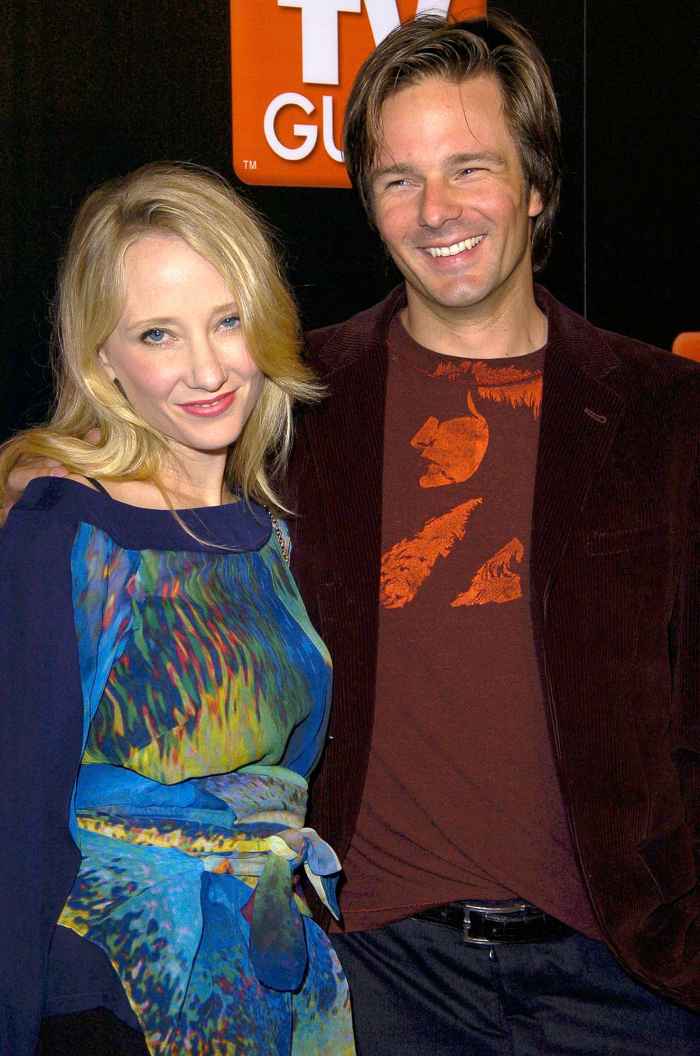 The Compass real estate advisor added: “She came in hot and she had a lot to say. She was brave and fearless, loved really hard and was never afraid to let us know what she thinks and what she believed in, and it was always love. It was all about love.”

The Cedar Rapids star and Laffoon began dating in 2000 following Heche’s split from Ellen DeGeneres. After tying the knot in September 2001, the duo welcomed Homer in March 2002. Laffoon filed for divorce in February 2007, and the split was finalized two years later.

“Goodbye, Anne,” Laffoon continued in his video. “I love you, thank you. Thank you for all the good times. There were so many. See you on the other side, and in the meantime, I got our son. He’ll be fine.”